This week's Nintendo Download brings the Fus Ro Dah as The Elder Scrolls V: Skyrim lands on Switch with all the force of a angry dragon. I really liked this version as it's pretty amazing to take Skyrim on the go. The other big headliner this week is Pokemon Ultra Sun/Moon which brings the obligatory double-dip upgrade to the most recent pocket monsters title. There are also some great indie titles on the eShop this week with RIVE: Ultimate Edition and the devilishly difficult VVVVVV, so check below the break for all of the deals for this edition of the Nintendo Download. 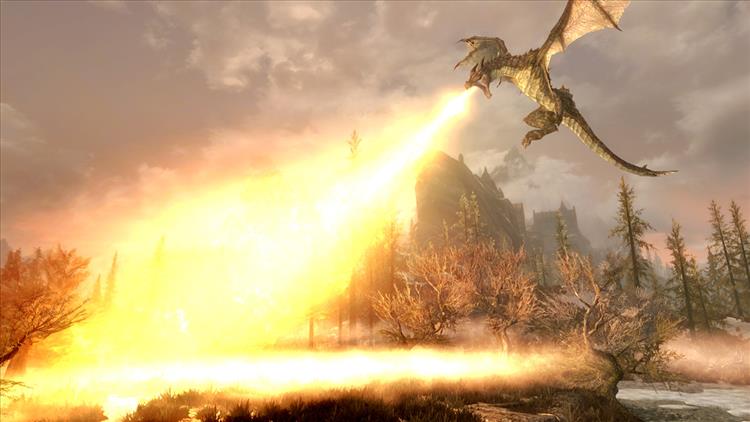 Nintendo Download: Battle the Dragons of Skyrim Wherever You Go

Winner of more than 200 Game of the Year awards, The Elder Scrolls V: Skyrim is an open-world masterpiece where you can be anyone and do anything. (Photo: Business Wire)

* NO PURCHASE NECESSARY. Void where prohibited. Open to legal residents of the US (incl. DC) and Canada (excluding Quebec), 13 years or older. Promotion begins 9:00 AM PT on 11/01/17 and ends 8:59 AM PT on 11/20/17. To enter, vote for your top 5 Nintendo products as stated in Official Rules. Eight winners will each receive one prize package (ARV US $259.97–496.98). For Official Rules, visit https://happyholidays.nintendo.com/My-Nintendo-Holiday-Sweepstakes-2017/. Sponsor: Nintendo of America Inc.