Nintendo released more information around what can be expected in the days ahead of Splatoon 2's release for Switch on July 21st. On July 15th, a demo for the ever-popular Splatfest will be available. Here's how the Splatfest works: Inklings (that's you!) will be periodically asked to vote on their favorite of two things. After the results are in, those who voted for the same thing will teamed up against Inklings of the opposing choice for an all-out Turf War event. Cats versus dogs, Pokémon Red versus Pokémon Blue... the battle is on! 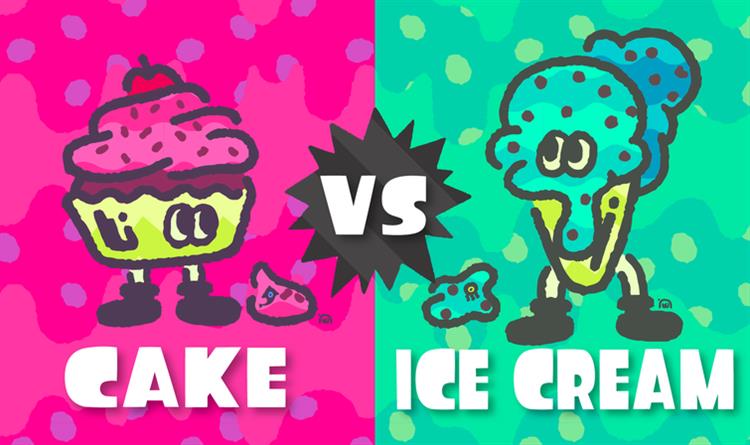 For the first Splatfest of Splatoon 2, the vote will be around whether cake is a better dessert than ice cream. Although this is only a demo, it should be expected that things will surely heat up over this sensitive subject. Get voting, and join in on the Turf War!