Fresh from a strong showing during Nintendo's invitational tournament at E3 2017, ARMS is finally available on Nintendo Switch. If the exciting matches at E3 2017 weren't enough to get you excited for this title, Nintendo has already released details around the first set of DLC coming to ARMS next month. 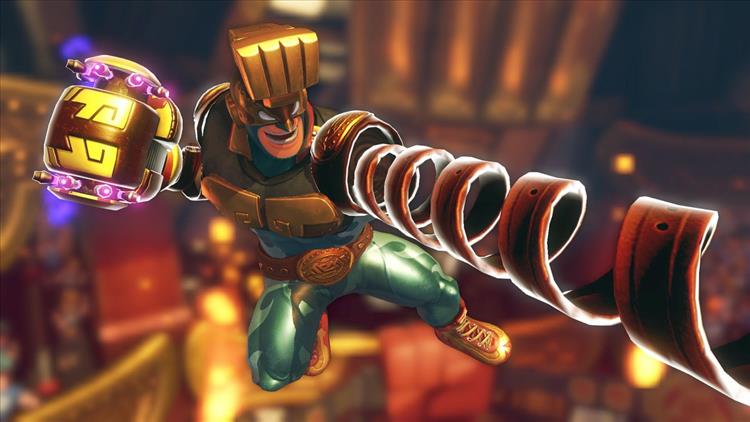 Max Brass will join the ARMS roster in this first DLC offering, bringing with him his ability to remain unflinching if attacked while his arms are charged. Additionally, Max will have permanently charged arms if his health reaches below 20% - giving him the chance to go for broke when in danger of being KO'd.

Additionally, Nintendo is adding a spectator mode; allowing non-combatants to view a brawl from a camera that is independent of either fighter.

Both of these content updates will be given to ARMS owners for free. Don't miss out - ARMS is now available in your local game store and on the Nintendo eShop.