Videos are great, but I've been so enamored with Kingdom Come: Deliverance that I tracked down some screenshots, too. The thing that historical realism in video games teaches me is that real Medieval armor can look a bit dorky sometimes. It didn't have the benefit of fantasy-fiction spikes and angles to make it look cooler. Armor, in real life and in Kingdom Come, has one job: to please stop that other guy's sword from turning my internal organs into a shish kebab. It sure ain't World of Warcraft purple gear, nor is it Cat/Griffin/Bear armor from The Witcher 3. It's just straight up plate armor, or chain mail, or leather. And that attributes its own kind of beauty to the entire concept of armor.

Seeing fighters in real armor also makes it more apparent just how vulnerable these suits could still leave a person. Taking an arrow to the knee is one thing, but seeing mounted cavalry bearing down on your while you duck behind a little round shield barely covering your forearm suddenly makes missile combat feel that much more dangerous. But also, on the other side of the coin, you suddenly look like a fully armored tank when you're strapped head to toe in metal plating as you stroll by some peasants in some light summer attire, whose threads wouldn't protect them from a harsh breeze, let alone a contingent of marauding warriors. It goes both ways, see?

Being steeped in realism, Kingdom Come feels so much more ludicrous when it comes to combat—like, why would you ever want to wade into a melee with swords and polearms swinging? Why would you ever run up to a 40-foot wall with a ladder and try to scale it when there are people with bows and arrows sitting at the top? I can do that kind of stuff in a regular RPG. But in this one? Nah, son, miss me with that b.s., okay? I'm going to go start a farmstead under the protection of some other feudal lord, thank you very much.

Kingdom Come: Deliverance is coming to PC, PlayStation 4, and Xbox One on February 13, 2018. I'll only be waiting long enough to read reviews as to whether something went horribly wrong on PC or console before making an informed purchase. 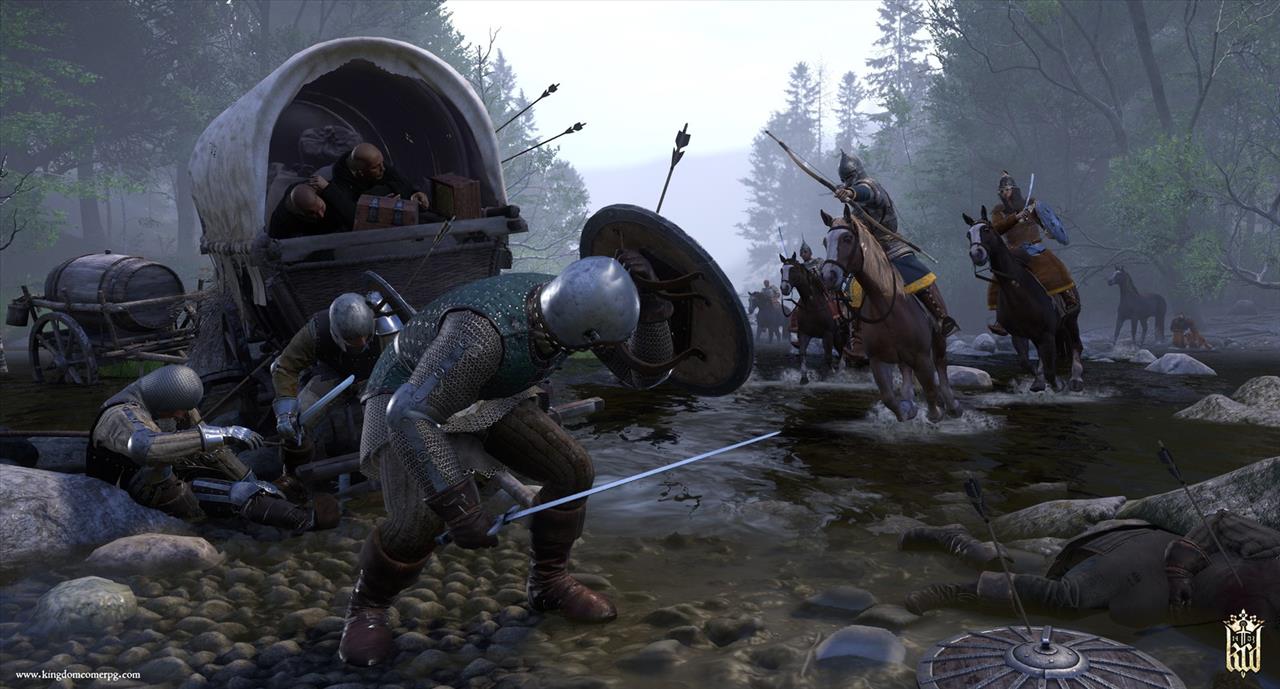