The Surge wants to put you in a moddable exoskeleton on an end-of-life Earth with future-war enemies to shoot. Sounds simple enough. No gameplay video yet, but these screenshots have NASA graveyards, mech combat, that upgradable exosuit, and some sparky/glowy weaponry. I'm giving this game the RPG tag, but really only because you're upgrading and leveling up a suit, sort of. We'll see where this one goes, storywise, but so far it's looking like a welcome-to-your-first-day-on-the-job-oops-something-went-wrong story. Again, nothing too complicated. Just an excuse to get you into some advanced warfare firefights.

German developer Deck13 (Lords of the Fallen, Jack Keane) found a sweet spot for itself, somewhere right in the middle of the pack with a long string of video games with lukewarm reviews. 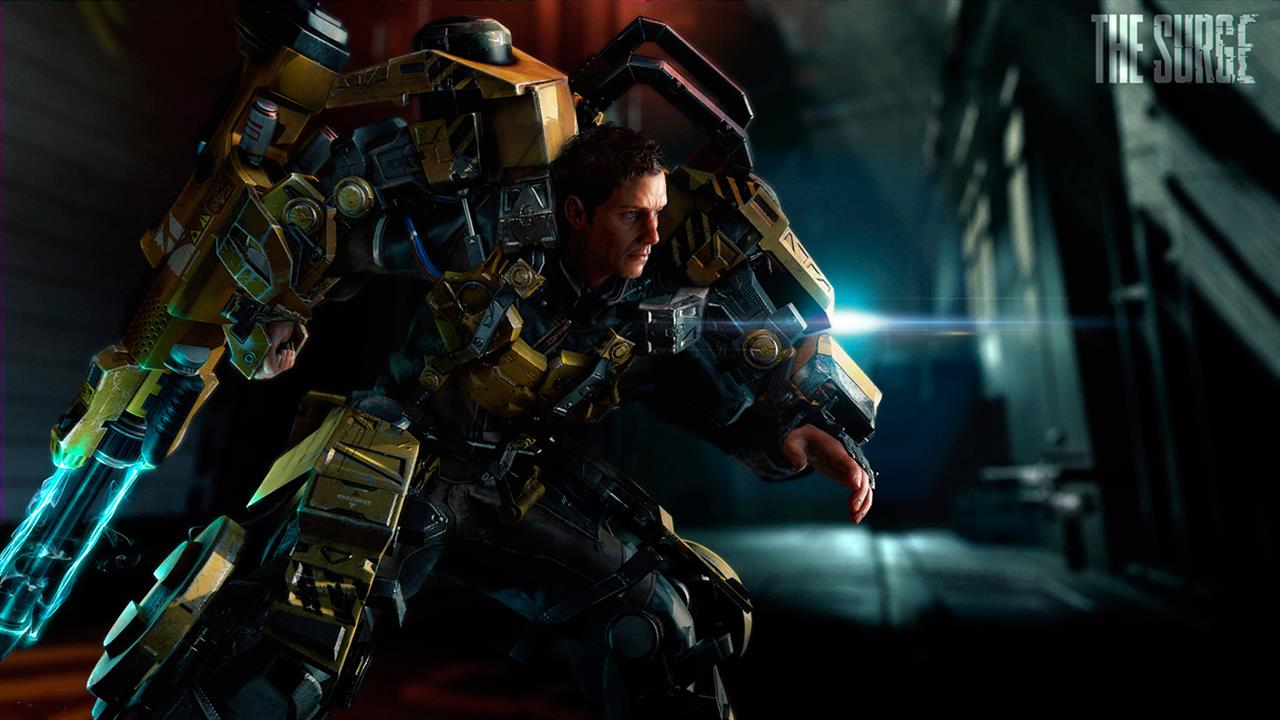 The Surge is the new sci-fi Action RPG from developer Deck 13, set in the near-future. Play as a CREO factory employee Warren, equipped with a highly advanced mechanical exoskeleton designed to assist in heavy industrial labour. Start your journey as a new CREO applicant, in a massive international company dedicated to repairing the atmosphere and addressing climate control. Soon, danger rears its ugly head, and you will have to upgrade your exoskeleton to fight and survive.

The Surge's combat system is fast-paced, tactical, and brutal, with an innovative limb targeting system enabling you to attack and cut off specific limbs, farming materials to craft upgrades for your exo-suit. Some enemies will have less armour on their legs or their arms, making for an easy kill, but poor loot! You have to decide if you want to go for the easy kill, or instead opt for modules and crafting materials that will give you a combative edge.

The screenshots revealed today show off some of the security forces you'll be facing in your adventure. They use the same exo-suit technology as you but have tools built for combat, making them incredibly deadly foes. In The Surge, you will not just be facing opponents your own size; towering mechanical enemies armed to the teeth are ready to face against you.

The Surge will be present at E3 2016 in Los Angeles on June 14-16.
Book an appointment with Evolve, to attend a presentation of the game made by the devs.

Become man and machine when The Surge releases in 2017 on PlayStation 4, Xbox One, and PC.

Set in a heavily dystopian future as Earth nears the end of its life, those who remain in the overpopulated cities must work to survive as social programs become saturated by an ageing population and increasing environmental diseases.

As the intelligence of technology incrementally increased over the years, many jobs for the human race had been made redundant, forcing Earth??s citizens to head out into the suburbs seeking labor, aided by exoskeletons to improve their efficiency. The world of The Surge offers a very grim vision of the future, where the evolution of our technology, our society and our relation with the environment led to a decadent state of the Human civilization.

The Surge features innovative combat mechanics and an original character progression system based on modular upgrades gained through tight, visceral combat. Be sure to stay tuned for more about The Surge over the coming months! Key Features

- Craft, upgrade, and build new weapons with loot and blueprints