In an open letter to gamers (posted after the jump) Marcin Iwinski, one of CD PROJEKT RED co-founders revealed that The Witcher 3 has sold more than 4 million copies since it's launch two weeks ago.  This is a very impressive number given how young the franchise is.  Of course given how good the game is I guess it's not too much of a surprise.

The other really remarkable thing about this release of the game is how bug free the game has been.  The Witcher 2 launched with a host of issues and a good chunk of the game had to be re-worked to make the game accessible and to explain the core mechanics of the game better.  It's good to see that the CD PROJEKT RED team has focused so much on quality this time around and hopefully it's something that other developers pick up on. 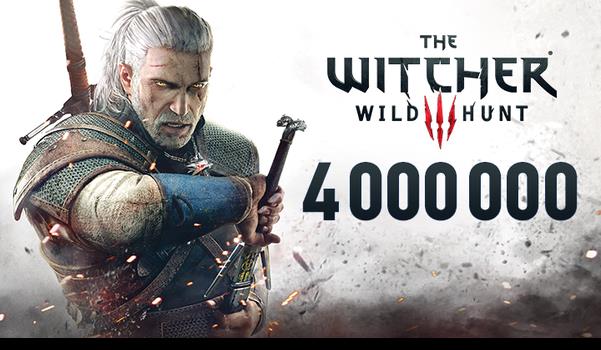 May 19th was a crucial date for all of us here at CD PROJEKT RED -- we released The Witcher 3: Wild Hunt, our open world role-playing game that we had been hard at work on for over 3 years. Since day one, you have given us tons of positive feedback and support -- the sheer volume of emails we’ve gotten since launch simply congratulating us for our efforts is both epic and heartwarming, and I wish every developer comes to have such a fantastic community. In terms of media reception, we’re really humbled by the scores the game has received all around the world. With an average of 90+ on every platform, Wild Hunt is our dream coming true.

I’d also like to take this opportunity to thank the four million gamers worldwide who bought The Witcher 3: Wild Hunt in the first two weeks from launch. Four million RPG fans spending their hard-earned money on our game is a sign that we did something right, and you can be sure that we’ll harness all that positive energy and make the upcoming expansions worthy of the grand adventure that you’re telling us Wild Hunt already is! Until then, keep on enjoying Wild Hunt, do not forget to grab your weekly set of free DLCs, and stay tuned for constant updates and enhancement to the game we are continuously working on.

Dandelion once said to Geralt that the world is changing, the sun is setting, and vodka’s running out -- go, play, and have fun!