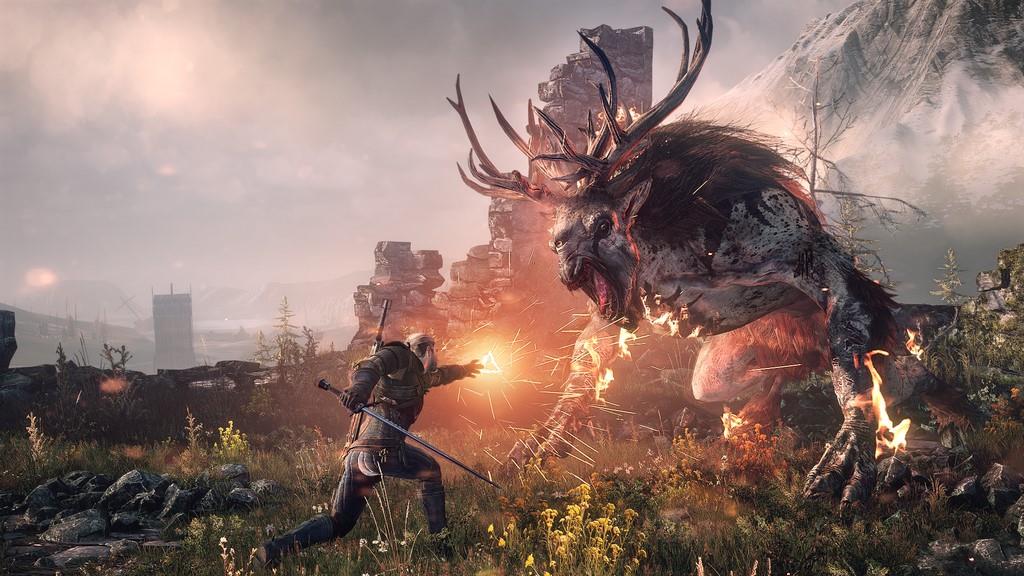 The Witcher 3: Wild Hunt continues the novel-to-video-game adaptation of Polish author Andrzej Sapkowski's Witcher Saga. This latest entry in the series concludes the tale of witcher Geralt of Rivia by following his quest to track down his adopted daughter Ciri. She is being chased by the mysterious and evil "Wild Hunt." While previous Witcher games featured a more linear level structure, The Witcher 3 is the first to introduce a completely open world that is described by the developers as 20 percent larger than The Elder Scrolls V: Skyrim.

Setting the open world aside, the big focus of the Witcher series has always been about the story and its characters. The story in past games has never been afraid to discuss mature themes and topics, and the latest entry is no different. Geralt's latest adventure is far more personal as many of the quests focus on Geralt helping past friends and acquaintances. Even with his supernatural Witcher senses and yellow eyes, Geralt feels like a true human that considers every action he takes and the consequences that follow—regardless if they're positive or negative. Few games reach the quality of storytelling that is found in the Witcher series, and the Wild Hunt continually delivers engrossing tales.

The Witcher 3 is, to put it simply, a massive game that is going to take players a long time to complete, even if they focus exclusively on the main story. As with other open-world games, side quests and the temptation of discovery work in combination to provide endless distractions. Even better, the various side quests and Witcher contracts that players take from notice boards (or stumble upon during their travels) are crafted in a way that feel as though they truly belong in the world. Interesting characters, conflicting moral decisions, and incorporation of Witcher senses make for worthwhile and meaningful quests. Another major improvement versus other open-world games is that The Witcher 3 has dynamic quests that only appear after a certain time spent adventuring. The random appearance of new quests make the game world feel far more alive.

One type of quest in The Witcher 3 has to be highlighted, as few other games are bold enough to approach them; those boldly designed quests focus on instances that don't contain any action scenes. An entire scene in one quest has players sitting through a musical performance. It brought out emotions in me that few games can. In another quest, in which Geralt is helping a past friend, they sit in a forest one night at a candlelight dinner. These narrative-building instances that don't contain any sort of action reinforce why The Witcher 3 is such a compelling experience. Gameplay enjoyment comes from becoming attached to the characters. Later narrative instances that affect those characters then become even more powerful. Players build an emotional investment and want to see a positive outcome to the characters' trials and tribulations.

Geralt is well-prepared as a main character with his various talents and abilities that are a result of being a highly trained Witcher. In particular, his Witcher senses in the game function as detective-type abilities; these abilities scan the environment and objects to detect trails and clues, ranging from blood splatters to footsteps. Geralt also has access to a range of magic signs, including a telekinetic thrust, pyrokinetic burst, magical trap, protective shield, and a stun effect that can also be used in conversations to persuade or intimidate others. Geralt is also a master of sword combat, in which he uses a steel blade to fight humans and a silver blade to fight monsters. Along with standard and heavy attacks, Geralt can also parry or dodge attacks altogether with sidesteps and dives. As further experience is gained from completing quests and such, attribute points can be used to unlock various combat, magic, alchemy, and character-specific active and passive skills. 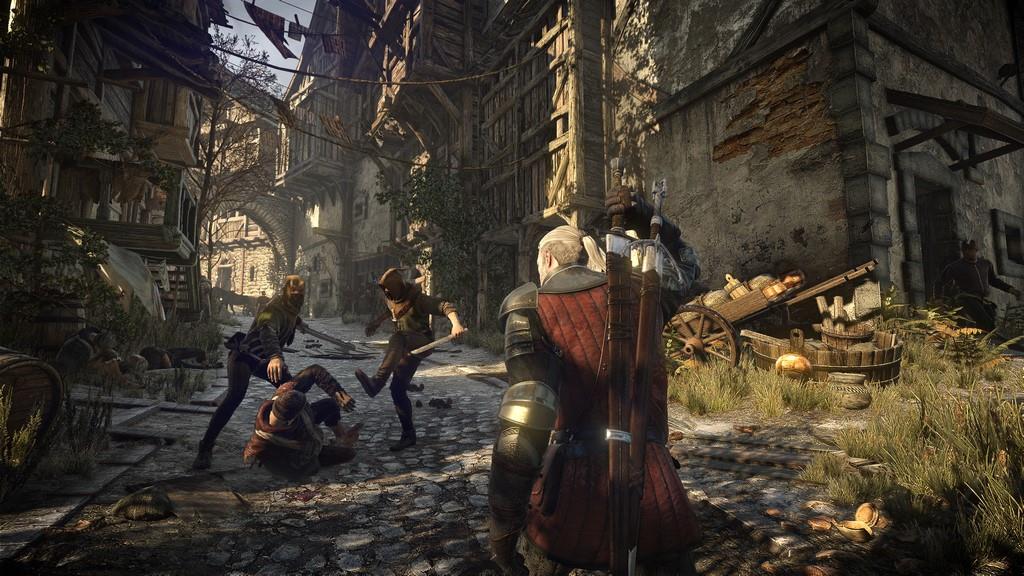 The crafting and alchemy systems are quite in-depth in the number of potions and gear that can be created. As a Witcher, Geralt utilizes strong potions and sword oils in battle to give him an advantage against difficult monsters and other opponents. Gear crafting is also an important element in that crafting recipes discovered in the world enable Geralt to collect supplies and have smiths create more powerful swords and armor. As Geralt gains more experience levels, he can begin to wear heavier armor sets and wield more powerful swords that contain slots for magic runes that add effects such as poisoning and freezing. There's certainly not a lack of of gear and loot, in general, as often Geralt's inventory will become full from various items. Past games in the series didn't allow for that great of customization of Geralt, but with The Witcher 3, players can decide options ranging from type of armor to even hair style and length of beard.

On the presentation and visual side, The Witcher 3 delivers one of the more engrossing and atmospheric game worlds seen in awhile. From trees waving in the wind to waist-deep swamps, everything about the game's visuals create a world that effortlessly combines real-world beauty with fantasy and medieval themes. The game world is presented in such a way that each territory, and the people that reside in its cities, are unique in their views on the current war, not to mention differences in their clothing and armor. Larger cities feature shady characters walking about streets and prostitutes on corners promoting brothels, while a smaller, more controlled city only contains nobles and streets that are well maintained. While there is a fast travel system, it's far more enjoyable and atmospheric to use Geralt's horse Roach, or to sail across rivers and oceans in a boat.

It also helps that the game engine produces remarkable visuals that set a new high bar for the industry. Those graphics come at a price, however, as gamers wanting to run everything at either high or ultra settings will require a powerful computer setup to handle all of the graphical settings. In particular, gamers with a 4K setup will need to sacrifice some graphical embellishments to achieve an optimal frame rate.

The soundtrack also deserves mention, as both the atmospheric ambiance and battle music perfectly match the world and fantasy setting. The battle tracks in particular are a huge improvement over the often lackluster and cliché songs featured in other games, as composer Mikolai Stroinski incorporated exciting combinations of imposing drums and vocal shouts, chants, and singing from the Polish band Percival. 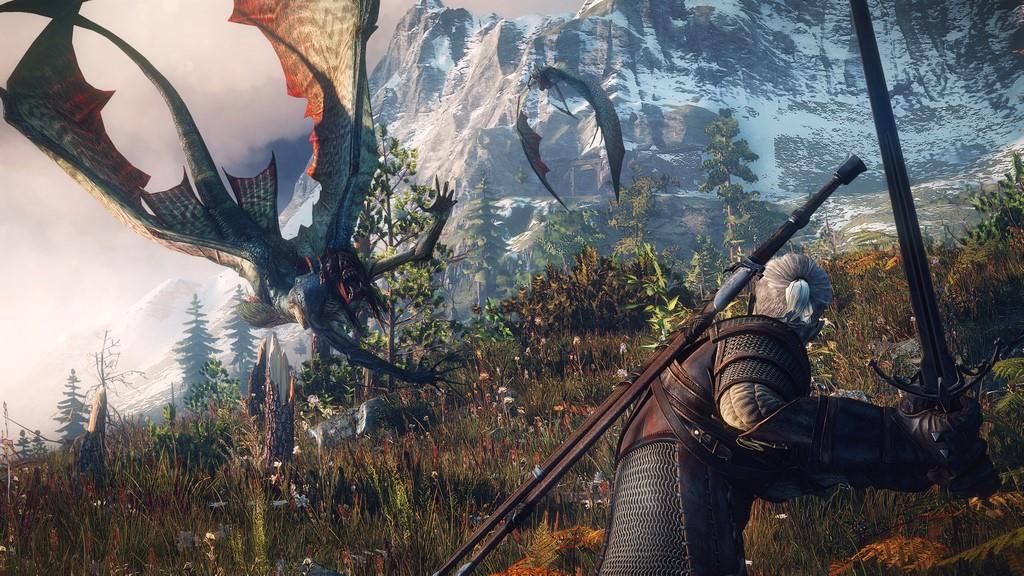 It's only been weeks after the game's release, and CD Projekt RED is already releasing free downloadable content in the form of additional weapons and outfits. Other publishers and developers should take note of how to reward customers versus pre-order gimmicks.

Role-playing genre enthusiasts, and gamers in general, should set aside time to experience Geralt's journey. The open world provides a continual sense of discovery, not to mention stunning sights to behold, ranging from vast cities to stormy seas. The sheer number of quests and activities to complete, along with the compelling narrative and characters, make The Witcher 3 one of the best game releases in years. The Witcher 3 earns a must-own recommendation.

From its engrossing world to its compelling narrative and characters, The Witcher 3 is one of the best games in years. The Witcher 3 is a must-own for role-playing genre fans—and gamers in general. The experience shouldn't be missed.