This week's Nintendo Download brings us two new games for the 3DS and two new Virtual Console games on the Wii U.  Over on the Virtual Console we have Super Mario 64 from the Nintendo 64 and Yoshi's Island DS from the...well, DS.  While I've never played Yoshi's Island DS, Super Mario 64 is easily one of the best games from the N64.  If you haven't experienced it yet, definitely pick this one up.

Over on the 3DS we have BOXBOY, a puzzle game made by Hal Laboratories where you use boxes to clear over 150 different puzzles.  I recently did a review of the game and while I felt that the game was too easy for the most part until much later into the game, it's still a good game and some of the puzzles will make you think a bit.

Finally we have Story of Seasons (also on the 3DS).  Story of Seasons is part of the Bokujo Monogatari series over in Japan that has been brought over here to the U.S. and is a farming and life-simulation game.  Definitely not my cup of tea as I'm terrible at life-sim games in general, but if you enjoy these types of games, you might want to check this one out.

There are also public tournaments going on for Code Name: S.T.E.A.M. where you can see how your squad stacks up against others.  The new Hijinks tournament runs through April 5th and you can opt in via the Spot Pass feature and get notifications on future tournaments. 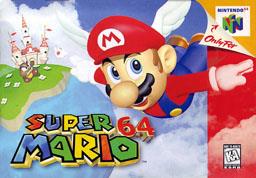 BOXBOY! is a charming black-and-white puzzle platformer from the creators of the Kirby series. (Photo: Business Wire)