Approximately 1.2 million people have played Dying Light since its digital release last Tuesday, according to the game's official twitter account.

What's more surprising about the figure of unique players, is the fact that physical copies of Techland's new zombie game were delayed past January 27 in different parts of the globe.

Are you not one of the 1.2 million people who have played Dying Light yet? Still seeing if you want to take the plunge? Check out our review, which should give you a better idea about what to expect. 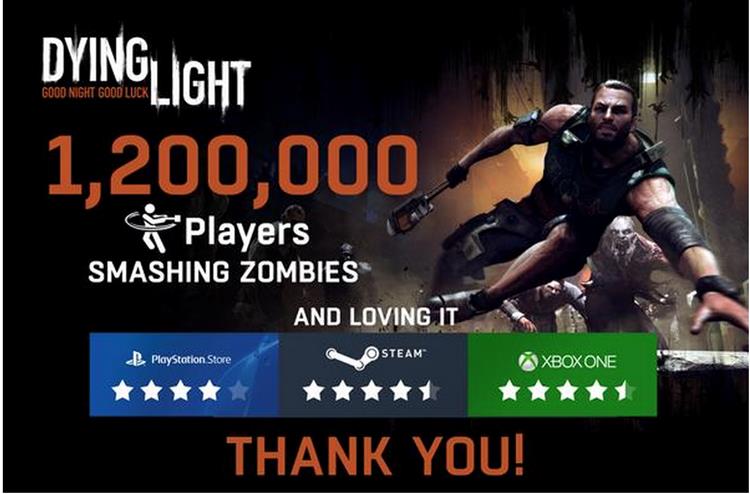