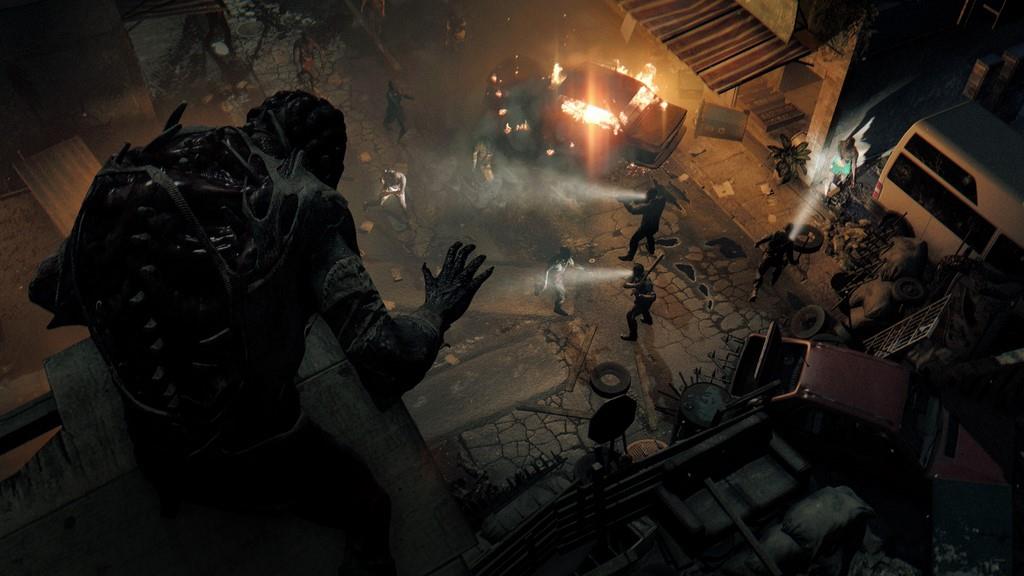 Written by Michael Passalacqua on 2/2/2015 for PS4
More On: Dying Light

The bright yellow sunlight reflected off the rusted shackles on the rooftops. Bits of pollen floated gently in the breeze. I ran quickly, jumping from one decayed building to the next, when suddenly a woman screamed in the distance and an exclamation mark popped up on my mini map. I went to investigate. After making my way through the barricaded shack, I knocked on the door where a bug-eyed man answered, blocking me from entering. His wife was about to deliver a baby he told me, and he needed alcohol to disinfect the room. Luckily for him and his laboring partner, I had some on me and handed it over. He quickly told me it wasn’t enough and that he needed more. So I left, found some in the guy’s own refrigerator and some more in a house close by, and gladly gave it up. He told me again that it wasn’t enough and he needed even more. I sighed, left, expanded my search zone, and finally came back with more. This time, he thanked me and shut the door in my face. I immediately sensed something fishy and lock picked the door to stumble upon a group of five people partying with the alcohol I brought them, no pregnant woman in sight.

Welcome to Techland’s Dying Light, where everything is a glorified fetch quest.

Admittedly, that specific example made me chuckle a bit, but Dying Light spends most of its time disguising everything you do as a fetch quest and waving a carrot on a stick to convince you to do it. Climb a radio tower to bolster communications, turn on gas valves, find insulin for a dying diabetic little girl. Do it and get some cash, a unique weapon, or experience points. No matter what though, it always boils down to: get me three of these, find this missing person, and turn on this switch. I wish Dying Light would respect my time, but it doesn’t.

Mixed with the repetitive questing is a 12-hour story that teeters on the border of cliché and downright frustrating. Admittedly, as noted in my review in progress, the story starts out interesting, but quickly loses ambition. You’ll play as Kyle Crane, a government operative dropped into the city of Harran to find a man who holds the power to make the virus spread on a global scale. Sadly this man, nicknamed Rais, falls victim to the sociopathic, chaos infatuated, antagonist trope that has plagued video games as of late. Then of course, is the government agency that you work for, which acts as the unsympathetic overseer that disregards human life entirely for “the greater good.” Ever hear that one before? I could go on for pages about other characters and clichés—like the kid who operates with a ridiculously reckless behavior and a stick-it-to-the-man attitude—but I won’t. The story itself takes predictable twists and turns, gets laughably dramatic at some points, and ends with a mission that goes completely off the rails. It’s safe to say that if you’re looking for a story, you’re better off looking somewhere else.

If you’ve played Dead Island and liked it, Dying Light is going to be right up your alley. Unfortunately, that’s not always a good thing. Weapons degrade obnoxiously fast, enough for me to question the necessity of the game mechanic all together. I also ran into a few bugs, like one that would glitch me under the map and force me to reload my save. Mix that with enemies clipping through walls and Dying Light clearly still requires a layer of polish. 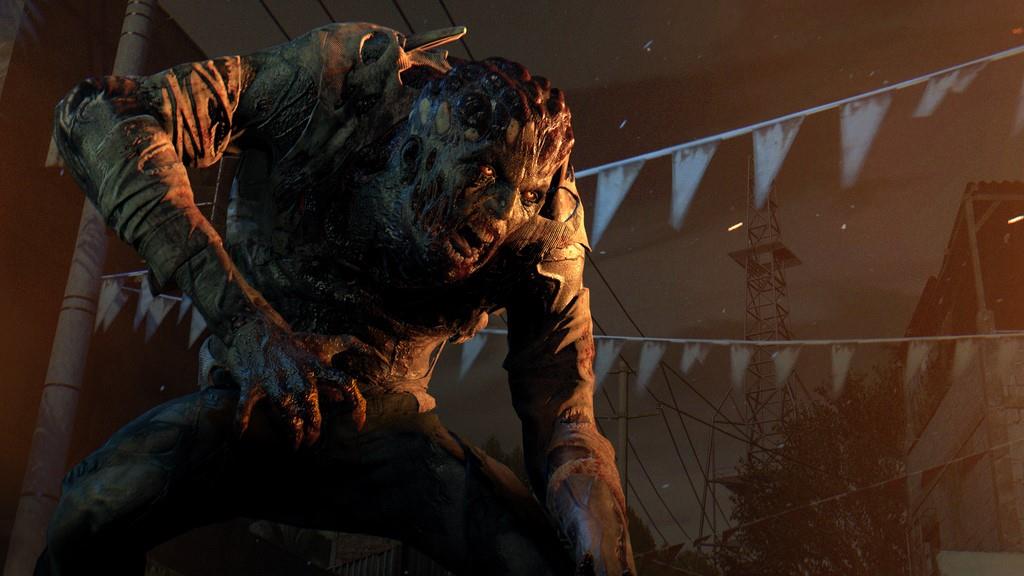 Parkouring on the other hand, is one of Dying Light’s most endearing qualities. Whenever I was away, it acted as the steamy index finger, floating from an apple pie in grandma’s windowsill beckoning me to come back. The way you can run across the environment with ease is addicting. And the more you climb buildings, leap across rooftops, and bob and weave through zombies, the more the Agility tree will open up with different skills to select. Early on, you’ll be able to leapfrog over zombies on the run and slide into their legs to knock them down. Further down the line you can tackle infected or dropkick them. Eventually, when you become a master free runner, you’ll unlock a grappling hook that will let you fly across rooftops with ease like a zombie slaying Spider-Man.

In fact, what Dying Light does best is ease you into power. As you traverse the world, complete quests, and kill hordes of undead, you’ll rank up three separate skill trees: Power, Agility, and Survivor, each with their own perks. Thanks to the Power skill tree and increasingly powerful weapons, combat graduates from clunky to entertaining. At the beginning of the game, fighting zombies is hard work and clumsy, making running the only realistic option. But as you rank up the Power tree you’ll unlock skills like a charged power attack or the ability to finish off enemies on the ground with a head stomp. Add in a plethora of weapon modifications—like a baseball bat with barbed wire for extra bleeding damage or an electrocuting knife that stuns enemies—to the slaughter and hostile encounters get easier and easier. Towards the end of the game I could regularly take down hordes of zombies with my fire saber of death.

There’s also the day/night cycle, which genuinely changes the gameplay and shifts the power from player to A.I., making the predator the new prey. Volatiles, a special zombie type, come out of their nests and can kill you almost immediately if they catch you. Getting into a chase with them routinely put me on the edge of my seat as I sprinted for safety. Of course you can sleep through the night at any of the safe houses that you unlock to avoid the horror, but choosing to venture out into the dark not only awards extra XP, but also adds a certain stealth element that can’t be found during the day. One mission tasked me with turning on a power substation riddled with undead and Volatiles. I had to throw firecrackers, stealthy take out a zombie, camouflage myself with his guts (a skill learned in the Survivor tree), and sneak past the horde to turn on the power. The mission was a nice change of pace from the regular fetch quests, but sadly one of only a few that separated itself from the rest. 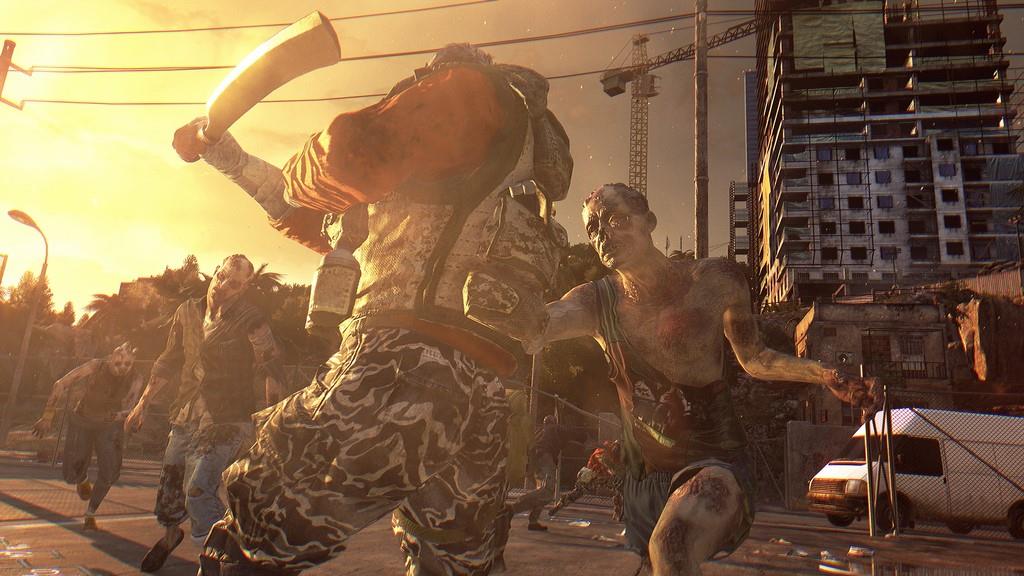 The seamless drop-in co-op in Dying Light adds a little icing to a decently sized cake. Questing with a few buddies and their own versions of Kyle Crane can be more fun than taking the journey solo, and co-op challenges like seeing who can kill the most zombies or climb a tower faster are nice bits of added competition. A multiplayer game, titled Be the Zombie, is also added which allows you to be a powerful Night Hunter zombie and invade another player’s game. It’s interesting in theory, but matchmaking barely worked when I tried and even when it did, the mode—which tasks you with hunting humans before they destroy your nests—wasn’t all that fun to play and felt tacked on.

If you’re a Dead Island enthusiast, zombie addict, or free running connoisseur, Dying Light is the game for you. Its parkour is addicting and the way it eases your character into power is something other games can learn from. But if you’re looking for a story that isn’t frustrating, weapons that don’t break after ten swings, and basically anything else that makes a game great, you’re better off keeping your wallet in your pocket.