Dragon Age: Inquisition did so much right that it was hard to cover it all when I reviewed it last year.

One of the most delightful little flourishes that didn't make the cut was the songs sung by a lute-wielding bard in the Inquisition's HQ tavern.  All but one were written by film and TV composer Raney Shockne (the other was written by Inon Zur) - who was previously only known for the music on Anger Management and The Back-Up Plan - and performed by singer/songwriter Elizaveta.

BioWare has decided to release 10 of these songs for free.  Also being released is the sheet music so fans can record their own versions.  They can then be entered into a fan contest, the entries will be voted on by fans, and the top five vote getters receiving a selection of prizes.  Find full details of this contest here.

Learn more after the jump. 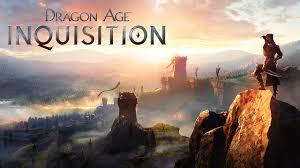 BioWare is releasing 10 popular Skyhold tavern songs heard in the award-winning Dragon Age: Inquisition, which will be available to download for free for a limited time. As an added bonus, BioWare is releasing the sheet music for each track so fans can record their own renditions of these songs, and are encouraged to submit them to the Dragon Age Fan Celebration Contest! Free access of the content will be available until February 9th, 2015 where the songs will then be made available for sale on popular digital platforms.

Performed by singer/songwriter Elizaveta and written by film and television composer Raney Shockne (Anger Management, The Back-Up Plan), the tavern songs have been an instant hit and in high demand among fans. Players have been serenaded by these songs while relaxing in Skyhold’s tavern in Dragon Age: Inquisition where bards perform these lovely songs to entertain travelers and to carry the tales of triumph and tragedy across the land.

Winner of over 160 awards, including more than 100 Global Game of the Year wins, Dragon Age: Inquisition is set in an epic, dark fantasy world where players are empowered to shape and drive their experience. The game combines the storytelling legacy BioWare is known for, with deep RPG gameplay, all on a brand new RPG game engine underpinned by EA's cutting edge Frostbite™ 3 technology. Players will experience the hallmarks BioWare is known for in Dragon Age: Inquisition including a vast, overarching narrative that presents players with engrossing choices that allow them to experience unique moments based on those decisions.