Russell Archey, staff writer, @NeoScyther
This weekend I'll be playing Borderlands 2...again, but this time with a good reason. This Saturday is the Extra Life charity gaming marathon where gamers all around the country/world will play games for roughly 24 hours. Now, due to work, I won't be able to stream for 24 hours straight, but my goal is to begin a new character in Borderlands 2, starting around 9 A.M. EST this Saturday, and I'll likely stop around 9 P.M., maybe a bit later, and basically try to get through as much of the story as possible. When I'm not doing that, I'll be learning how to draw Pokemon in Pokemon Art Academy for the 3DS in preparation for my review. So far I can draw a Froakie, a Chespin, and a Fenix...well, if you give me some lines to draw over, that is. In real life, I can still only draw a Pokemon who's major shape is a giant circle.

Sean Colleli, staff writer, @scolleli
State of Decay has been sitting on my Steam list, rotting, as it were, for months now. With the new season of The Walking Dead (the show, not the game) fueling my lust to crack some undead skulls, I might just try my hand at State of Decay's persistent-world zombie-survival gameplay. Lots of games seem focused on instant zombie-killing gratification, particularly in multiplayer, but singleplayer sandbox games where you survive and outlast the shambling dead are few and far between.

Jeremy Duff, senior staff writer, @Duff3c
Most of my weekend is going to be spent picking up all of the leftover collectibles and extra missions in Sunset Overdrive. Now that the campaign is done, I just have an incessant need to finish the game with 100% completion. Aside from that, I might just have to decapitate a few orcs in Shadow of Mordor now that I can dedicate some time back to it.

Randy Kalista, staff writer, @RandyKalista
I'm still locked into Windows Phone gaming mode. Majesty: The Fantasy Kingdom Sim finally made its way to mobile. I'd complain, but the markdown from $12 down to $0 is reasonable, I guess. Of course, I'm also building my way up to the sixth age in Age of Empires: Castle Siege. My attacks are useless, but at least my defenses fend off dozens of high-powered players that should be destroying me. And you'll have to pardon me, the 17th floor in my Tiny Death Star is nearly open. Just got an NB200 Commercial Lift elevator installed. Dudes better be getting to work on time. I don't care if they have to make it down to the turbolaser on the -6 basement level.

Jeff Kintner, staff writer, @JKTerrezas
I'll be running through the final version of Heavy Bullets to turn my little baby preview into a full review. Spoilers: It's the same game, with a few things added on to it. I'm also long overdue on writing a review for the new Gauntlet, but I'm too busy stealing my dead teammate's gold to do anything about it. Sorry I'm not sorry.

Rob Larkin, staff writer, @Rob_GN
This weekend I'll be finishing up the Majestic Nights preview and getting some more FIFA 15 in. Weather's getting chilly, so it's a fine time to plop down in front of a screen.

Matt Mirkovich, staff writer, @Stillmywords
This weekend is a whole lot of JRPG goodness. Ar nosurge: Ode to An Unborn Star and Tears to Tiara II will be all my PS3 sees this weekend. I've got some more stuff to unlock in Bayonetta 2, so I'll be grinding on that as well. That last sentence wasn't a euphemism, I think. 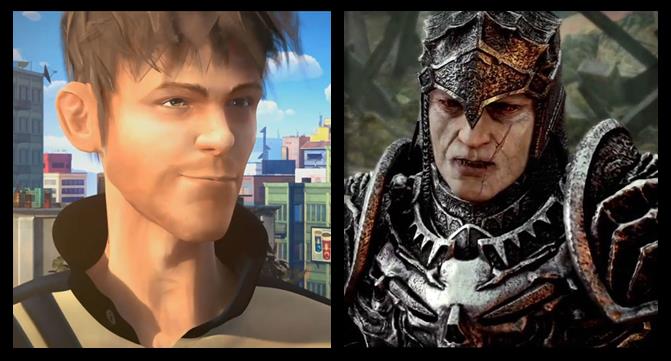