Yesterday we brought you the news of the WWE 2K15 season pass which includes three new rivalries for Showcase Mode and WWE Diva Paige as an exclusive DLC bonus.

Today, it appears that the game has gone live on the PS4 store and is available to pre-order as a "Digital Deluxe" edition. The Digital Deluxe edition is retailing for $80 and will include the following content

Buying the Digital Deluxe edition also allows you to pre install the game and play it as soon as it unlocks at midnight on November 18th.

Taking into account that the season pass is $25, this is an amazing deal to entice players to download the game digitally. You pretty much save $5 on the season pass and get all the pre-order DLC characters without having to buy special editions. 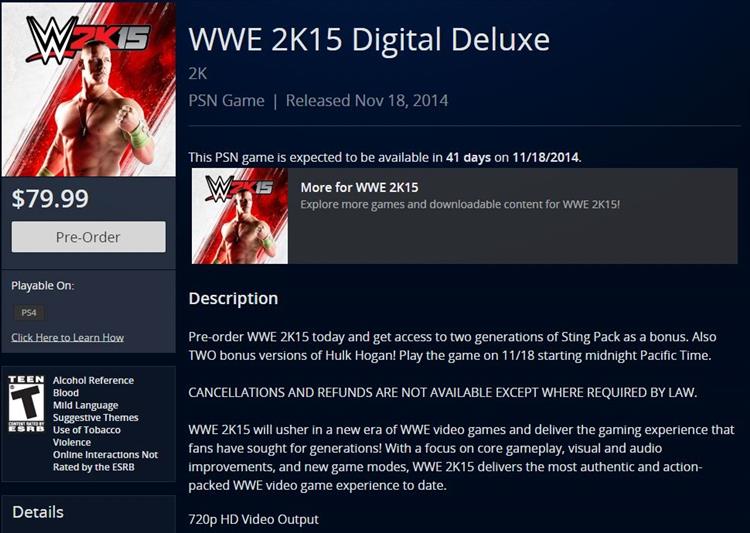