A classic American river tale: The Flame in the Flood

Yesterday I posted about some former Irrational devs starting a Kickstarter for a game called The Black Glove. Today, I've got another Kickstarter project with some serious pedigree to it. The Flame in the Flood is a Rogue-lite river tale that takes place in post-societal America that's being developed by former members of Irrational Games, Harmonix, and Bungie. You'll have to scrounge to survive, clinging to your faithful dog as your raft glides over the everglades and crashes through white water rapids.

The Kickstarter Campaign for The Flame in the Flood has only been going for a day, and it's already raised a third of it's funding goal. I'm really excited about this one, you should definitely stop by their Kickstarter page to see what all the hubbub is about. 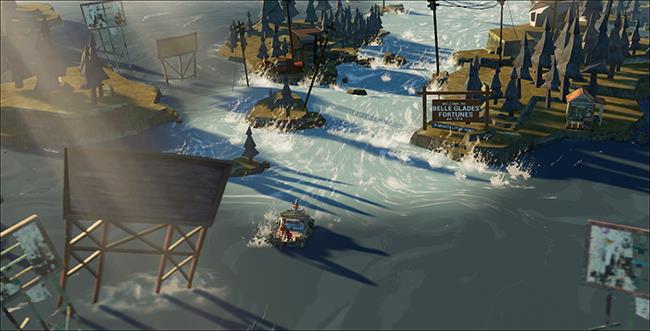