Space sim role-playing game, Starpoint Gemini 2, will get the Oculus Rift treatment. Starpoint Gemini 2 is still alpha testing on Steam Early Access, and Valve's experimental SteamVR program is still in beta, so all these virtual reality dreams aren't available to the general public just yet.

Starpoint Gemini 2's announcement comes one week after Valve introduced the SteamVR beta, an experimental VR mode compatible with Oculus Rift running in Steam's Big Picture mode. Valve posted SteamVR setup instructions on the Steam forums. Keep in mind that doing anything with an Oculus Rift treads deep into developer territory, since the 3D headset isn't on store shelves yet either.

The picture below was taken in Starpoint Gemini 2's Little Green Man Games studio, where, as you can see, they're neck deep in Oculus Rift development. The rest of the picture gallery is stunning; one of the prettiest space sims we've seen this side of EVE Online. 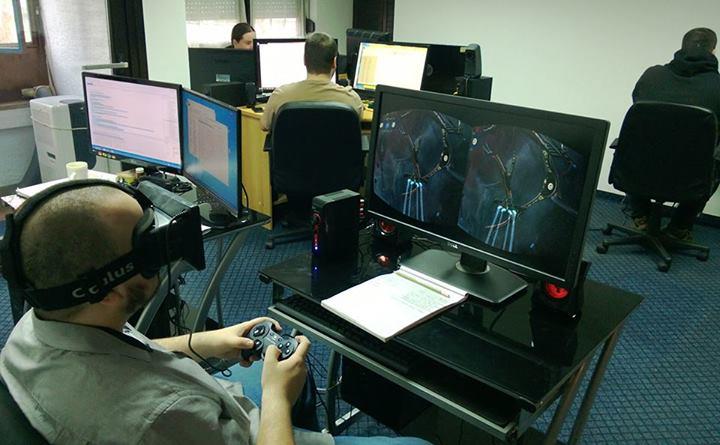 “Even from our short time spent with Oculus Rift, we’re certain it’s a breakthrough in the making, bringing a whole new perspective on games in general,” says Mario Mihokovic, CEO of Little Green Men Games. “We’re thrilled for the ability to become a part of the VR revolution early on and can’t wait to see what we can do with it and what other developers will think of too.”

Developer Little Green Men Games is looking for feedback on the development of Starpoint Gemini 2. Gamers interested in playing and sharing their experiences are invited to join the discussion on the Steam Community Hub.