Now Playing: GTA Online It's Coming Right For Us! Edition

by: Randy - posted: 10/11/2013 4:00:00 PM
More On: Battlefield 4 Grand Theft Auto Online
Who needs to wait for a Steam Machine when our own senior hardware editor can put one together today for -- cough -- only $1,855? Alien Rage will punch you right in the nostalgia if you were raised on Halo and Unreal Tournament. And, of course, the UK patent filing for Half-Life 3 has been removed. Sorry, folks. Here's to the next HL-3 hoax, whatever form it make take.

Russell Archey | staff writer | Twitter @neoscyther
I was recently offered a review code for FORCED on Steam, so I'll be checking that out for an upcoming review. Beyond that, I'll likely be continuing my trek through The Legend of Zelda: Wind Waker HD as I entered the Forest Haven temple (or whatever it's called) at just about where I left off on the Game Cube version, so I'm kind of eager to see what's ahead.

Nathan Carter | staff writer | Twitter @natedoggcata
This weekend I will be ranking my character up more in Grand Theft Auto Online. It's nice that the game is starting to run smoothly after its incredibly rocky launch. I am pretty much addicted to the survival missions or GTA's version of your standard hoard mode. There is so much to do in the game that I cannot believe they will be adding even more content over time. The heists are what I am really excited for. It was a shame we only got five of them during the story mode. Also, I got Beyond: Two Souls to play through. I absolutely loved Indigo Prophecy and Heavy Rain so I am very excited to see what David Cage has in store for us this time around.

Sean Colleli | staff writer
My Heroes of Ruin addiction is only getting worse, so my 3DS XL will be close at hand this weekend. It's really frustrating that nobody bought this awesome game because I really wish I had some people to play co-op with. I guess I'll just have to keep all this loot for myself. Other than that, I'll be checking out Sonic Lost World on Wii U. Sonic games have been getting much better since Colors and Generations so I'm pretty excited for this one.

Travis Huinker | staff writer | Twitter @travishuinker
I'll be roaming the back country with John Yan while hunting for deer and pheasants in the free-to-play game, theHunter. As well, I'll be finishing reviews for two of my most-anticipated simulation genre releases this year: Train Simulator 2014 and the Euro Truck Simulator 2 - Going East! expansion pack. If time permits, I'll venture forth back to the chaotic and curiously satisfying world of Grand Theft Auto Online.

Charles Husemann | editor-in-chief | Twitter @chusemann
This weekend I'm considering another run through Beyond: Two Souls to check out some of the alternate paths/endings that I missed. Then again, I might just look them up on YouTube as that will provide about the same level of interactivity. Outside of that, I'll be spending time with my family and maybe some time with the Battlefield 4 beta and MechWarrior Online.

Randy Kalista | staff writer | Twitter @randykalista
My latest occupational pursuit in EVE Online is as a "virtual tourist" with a penchant for "digital screenshooting." As in life, however, there's not a lot of money to be made in hitting the Print Screen button. Regardless, angling the camera for impact, composition, and lighting -- even looking for those picture-worth-a-thousand-words moments -- is what strikes my fancy at the moment. It's the little things, obviously. Also, I'll be chowing down on Goodbye Deponia, the conclusion of the Deponia trilogy, an adventure-comedy series from the art-centric Daedalic Entertainment.

Jeff Kintner | staff writer
I'm going on vacation this week, so I'll be on the road spending quality time with the residents of Animal Crossing: New Leaf. I'm spending the week in Washington D.C. while the government is shut down -- so I'm sure I'll be too busy finding out all of the national monuments are closed to play any games.

Matt Mirkovich | staff writer | Twitter @stillmywords
As opposed to Travis and his hunting, I'm doing a bunch of farming in Rune Factory 4 and Final Fantasy XIV: A Realm Reborn. Also that Grand Theft Auto Online stuff is pretty fun. But for those of you out there in Southern Califirnia, Super Arcade is doing a screening of Bang The Machine on Saturday at 8 p.m.; you don't want to miss that!

John Yan | senior hardware editor | Twitter @thejohnyan
I'll be playing plenty of Battlefield 4, unlocking more guns and attachments. Seeing as the stats are saved during the beta, I can at least put time into it and know that my progress won't be lost when the final comes out. Yes, I will, reluctantly, be hunting wild game with Travis Huinker in theHunter as well. I just did my tutorial missions shooting Bambi in the face and harvesting his organs for my trophy case. 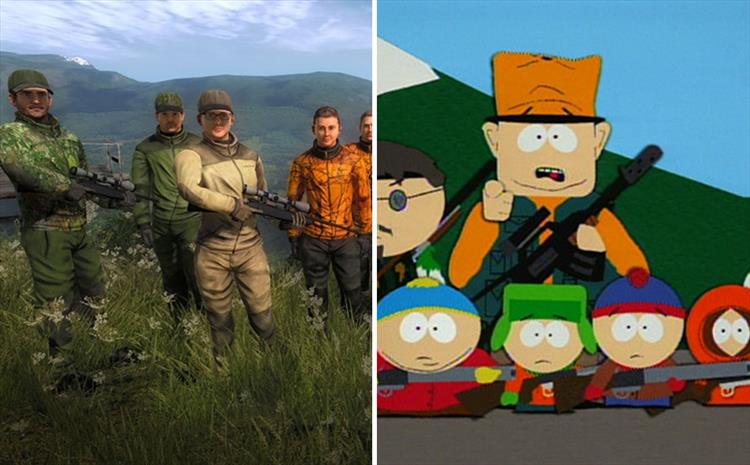