There was no hatred.

There was no frustration.

When Microsoft announced their Xbox One game and console policies, I took a look, shook my head, and just said no. I’m not going to spend my money on a system that will do these types of things. It’s as simple as that.

I haven’t spent money on used games in ages. I haven’t traded in games in a long time. In fact, many games I had, I gave to some friends to play. But, what I see in how Microsoft is handling the way games are operating on the Xbox One, I’ve decided against purchasing one for my household.

Yes, I will be a little disappointed that my son, who really excelled with gaming after using the Kinect, won’t be experiencing the latest Kinect camera. I’m sure he would have a great deal of fun with it and some of the games that will come out. But, he’ll be fine with other things to play with such as his tablet and PC.

I was never into Halo so I won’t miss that series one bit. I enjoyed Gears of War and I will miss that a little if they decide to do a few more for the Xbox One. Most of the other games I play, well, they’re on other systems or the PC, which has become my main gaming machine once again. I’ve still got plenty of other games that I’ve yet to experience and those should keep me busy for a long time.

Will I miss the anticipation of a hot new Xbox One game? Maybe. Then again, I’ve only gotten one new Xbox 360 game in the last year and a half and I could’ve gotten it on the PlayStation 3 if they had a copy in stock.

I haven’t paid for Xbox Live Gold in over a year and a half. I haven’t missed it one bit. All my friends have moved onto the PC where we enjoy many hours gaming online without having to pay anything extra per month. I enjoy TV, Netflix, and movies with my Windows 8 Media Center hooked up to my TV and I can also enjoy big screen gaming with my setup as well using Steam and their Big Picture mode. But shelling money for Xbox Live Gold? That’s done for me.

My PC doesn’t have to contact a server every 24 hours to play a game. I’ve had times where my Internet connection has been interrupted for a day or two. How did I pass the time? I played single player games on my PC. From the sounds of it, I wouldn’t be able to do that with the Xbox One.

No, it wasn’t a hard decision to decide against purchasing the system. In fact, I was surprised at how quite easy it was to say no and move on. With so many other forms of entertainment in both the mobile space and my PC, I have plenty to keep me happy in the gaming world.

Of course, the PlayStation 4 may have a similar process and if so, I am guessing it will be easy for me to say no to that system as well. We’ll know soon enough what their policies are and if they are similar, I will sit out this generation of console gaming without any regrets.

I’m lucky I guess in that I don’t get worked up by these things anymore. Back in the day I might have. Now, I take the stance of it is what it is and if that’s how companies want to operate, and they have the right to operate however they want to, I have the right to take my money elsewhere for my gaming needs.

I wish the Xbox One much luck. They will have to go on without me on this one. 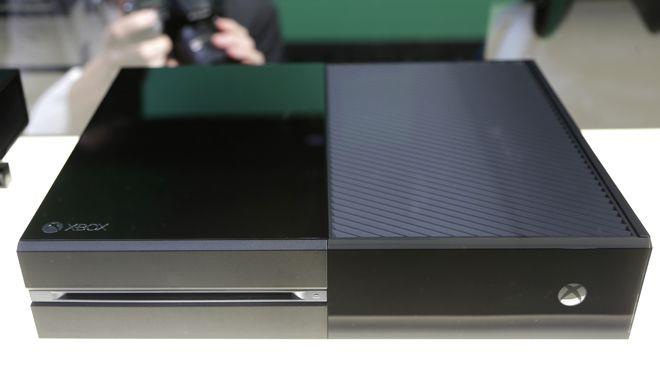