by: John - posted: 11/9/2010 6:24:00 AM
More On: Kinect
There’s almost nothing I’ve seen before I picked up Kinect that really interested me. Many of the games looked OK, and the ones I played with before the launch didn’t really make me want to jump out and buy the thing. But, seeing as we’re a website that reviews games, I didn’t want to saddle Chuck with all the Kinect games to review. So, I sauntered off to my local Target store along with my son and picked up a unit .

Getting it home, I went through the setup and as with anything new or unique, my son gets pretty inquisitive. Even though it looked like a simple black bar, he was all over the way it moved and tracked the user. He was excited about trying Kinect Adventures as the box looked like it had some fun and interesting games on it.

Now, let me say a few years ago, my son was diagnosed with Autism. Thankfully, he’s pretty high functional so we’ve been fortunate in that he’s very responsive to my wife and I. When you’re a parent of a special needs child though, you really pay special attention to any small signs of progress. For me, it’s hard to not be amazed at some of the things he’s learned given the hand he’s dealt with.

So, when my son really wanted to try out Kinect, I was more than happy to oblige. He’s taken up to watching me play a lot of video games and tries to play some himself. Controllers for the PlayStation 3, Wii, and Xbox 360 do frustrate him and he has a lot of trouble controlling the characters on the screen using the peripherals, but he’s always willing to try and keep on practicing in getting better. As he tells me sometimes, “I want to play with you, Daddy.” so he’s pretty persistent in trying to get proficient with them.

What proceeded to happen was pretty amazing to me. Firing up Kinect Adventures, we tried out Rally Ball as our first game to play together. He jumped around and flailed his arms and legs in trying to punch the balls back to the blocks. It was pretty cool to see but the thing that really threw me for a loop was when the game ended. The game made my son the primary controller and seeing as I didn’t explain anything to him on how it works, I was ready to tell him to step out so I can go in and navigate through the menus.

But, I decided to see if he could follow my directions and interact with the menus. I said hold out your hand and place it on the button. Without any hesitation, he put his hand up and moved it over the button on the screen and held it there until the circle animation finished, indicating the button has been pressed. After that initial coaching, he proceeded to move around in the menus without much vocal cues from me. I just stood there and was flabbergasted by what I just saw. Microsoft’s design team did such a good job at creating a user interface with Kinect that my son was able to go through each menu to initiate the next round in Rally Ball. It’s intuitive enough that I spent barely any time teaching my four year old special needs son how to go about the menu system.

Throughout my hour session with my son by my side, I was constantly impressed by how easy he could figure out each game and play them without getting fed up. He knew how to flap, glide, and move around in Space Pop just by me saying, “Flap your arms to fly.” once. A few moves around the living room let him figure out that the Avatar in the game mimicked his movements as well in moving in and out. With 20,000 Leaks, he had no trouble figuring out that you place your hand or foot over the leaks to close them. It was quite an exhilarating feeling to see him play all these little mini-games on his own with very minor coaching from me.

For the first time, I was able to play something with my son and not spend any time with him being frustrated on not being to do anything or have a character get stuck on the screen. He had fun with all the games and actually did well with them. The joy in his eyes as he was able to complete the tasks and move around in the menus is something I’ll never forget.

Kinect isn’t targeted to me, but it’s brought my son into the gaming fold with its intuitive controls and simple games in Kinect Adventures. Even though I haven’t found a launch game that I’m interested in spending a lot of time with alone, I know that I’m able to spend some great time playing along side my son and see him thoroughly enjoying his time on a console.While he still struggles in communicating, I know there’s one thing he can do without having to deal with any of the frustrations Autism has brought upon in his life. And for me, that’s worth much more than the $150 I spent in picking up the peripheral. 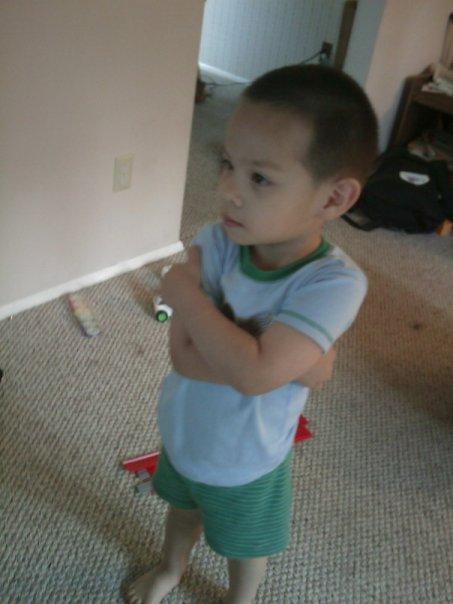 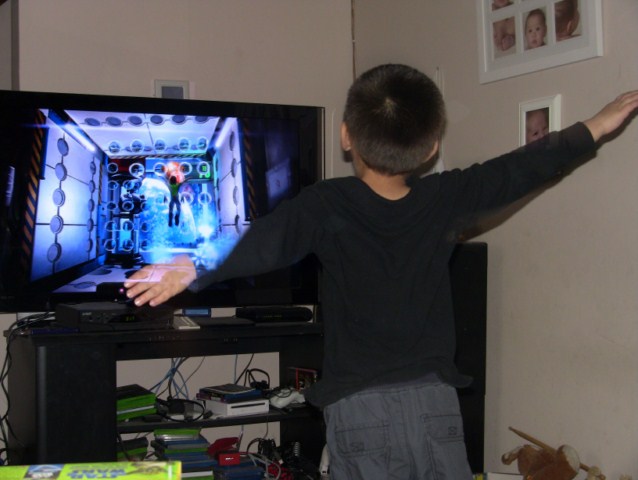 -Update- Thanks everyone for the kind words and for reading. You don't know much that means to my family and I. I never expected the responses to this piece but I'm glad it's touched some people as well as give some people ideas on seeing if a technology like this can help out those with special needs as well.