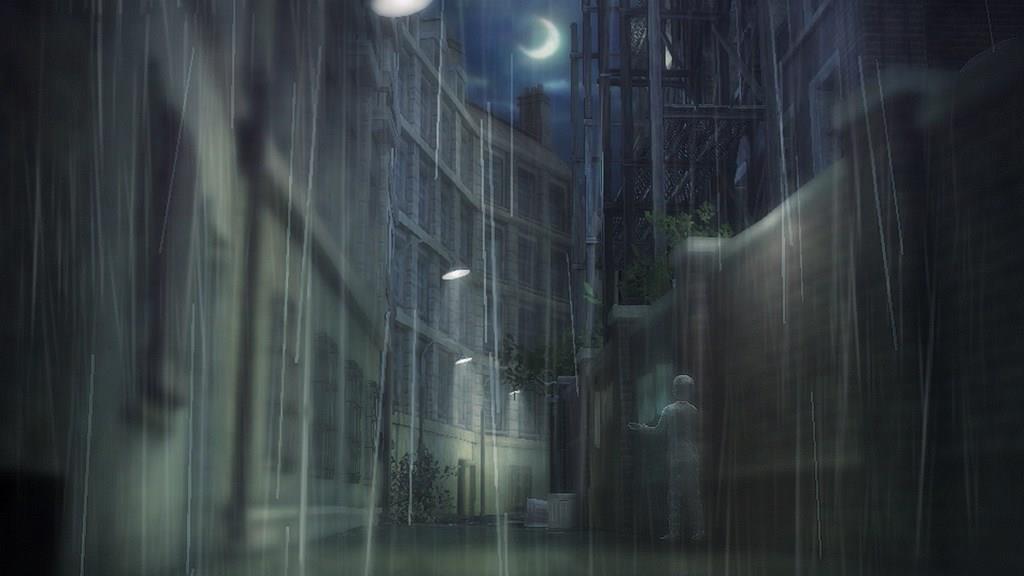 Written by Cyril Lachel on 10/1/2013 for PS3
More On: Rain
With the power of video games, the average person can become a near infinite amount of cool looking characters. From action heroes to disturbing monsters, there are simply too many iconic protagonists to count. But the hero of Sony's newest game isn't cool looking at all. In fact, you can't even see him. That's because the star of Rain is an invisible boy.

Thankfully this young boy hasn't always been invisible to the human eye. He used to be a normal kid watching the rain come down outside his room. But as the skies unloaded over his quiet town, he noticed the outline of a young girl and a mysterious creature chasing her. Their eyes only met for a moment, but it was long enough for the boy to know he needed to help the girl. He chased the two down an alley and through a large door, where, much to his surprise, he too became invisible and lost in the rain-soaked night.

Everybody in Rain may be invisible, but that doesn't mean you won't be able to see them. Because of the constant downpour, the water drips down each character's frame. This makes the boy, the girl and a whole host of scary skeletal monsters perfectly visible as long as they're standing in the rain.

Unfortunately, we're not the only ones that can see the boy standing in the rain. It's those nasty monsters, referred to as the Unknown, that are searching every inch of the city for the two children. They'll be able to spot the boy if he stands in the rain, so he's better off seeking out cover. These covered areas are the boy's refuge, turning him invisible to both the beasts and the player.

This is the crux of Rain, sneaking past bad guys and hiding in the covered areas. The boy's journey takes him from one side of the city the other, traveling through the empty streets, a demolished church, the train tracks, the sewer and even a carnival. The goal is to get back to the girl's house and, with any luck, figure out how to stop the Unknown and become visible once again.

What starts as a game of chase quickly blossoms into a friendship. The boy and girl help each other avoid the various types of monsters. There's no direct combat, so players will need to find safe passages to avoid confrontations. If the monsters do see the boy, then he has only a few moments to run as to safety. Although I wouldn't classify this as a survival horror game, Rain is often just as tense as Outlast and Amnesia: A Machine for Pigs.

This PlayStation 3 game also shares a lot in common with ICO, one of Sony's most beloved adventures. These two protagonists spend a lot of their time working through platforming exercises, moving objects and solving environmental puzzles. But this is not a game about hand-holding, because the girl in question can take care of herself. I never had to prompt her to help out or get into place; she knew exactly what to do at every turn.

The controls are simple, using no more than three buttons and an analog stick. Players can run, jump and interact with the background (open doors, lift the girl to safety, climb ladders, etc.), nothing else. Players don't even have control over the camera, as the cinematic angles are locked in place. With linear levels and simplistic gameplay, Rain is accessible to gamers of all ages and abilities. 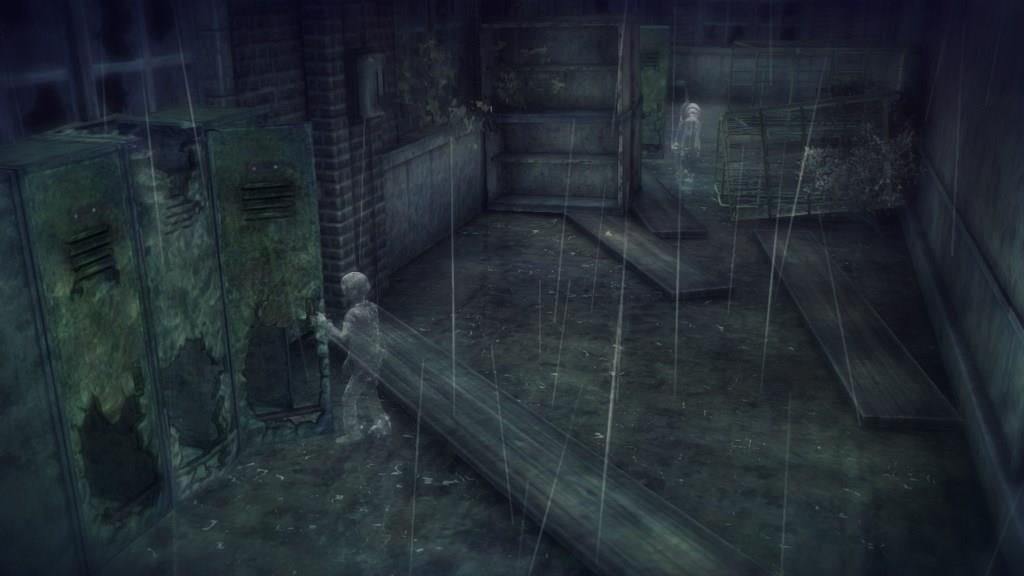 Therein lies the problem with Rain. While the game's story is rewarding and the final act is emotionally taxing, I found the whole experience to be far too simple. While it's deeper than simply sneaking past enemies and hiding in cover, the few twists and turns never lead to anything particularly challenging. The puzzles are very basic and most players will be able to make it through without ever getting stuck.

It doesn't help that the game is only three hours long. At only eight stages, I was able to buzz through the game in one sitting. There are a lot of great ideas found in Rain, but it's all over right as it's getting started. Beating the game unlocks a series of 24 hidden collectible items, each adding a little depth to the story. Even if you play through a second time, Rain is no more than five hours.

The sharp visuals and emotional story make up for some of these problems. Even though the story only happens over a few city blocks, the developers have done a good job of changing up the backgrounds and offering diversity to the action. The carnival is a fun diversion and I really like how the city slowly devolves into an M. C. Escher painting. It's atmospheric, and the strong soundtrack (mostly made up of public domain classical compositions) helps to underscore Rain's solid presentation.

Beyond the good looks, Rain is a fun adventure with a really cool gimmick. I had a lot of fun being invisible, especially in those moments when you're far away from the downpour. At the same time, I was disappointed by the easy puzzles and short story. Rain is an easy game to recommend, but don't go in expecting a challenge.
With an emotional story and great sense of style, Rain should be one of this year's best games. Unfortunately it's marred by a story that ends far too soon and puzzles that are never challenging. Even with those problems, fans of ICO and stealth action will find a lot to like about Rain. At least for the three hours it lasts.