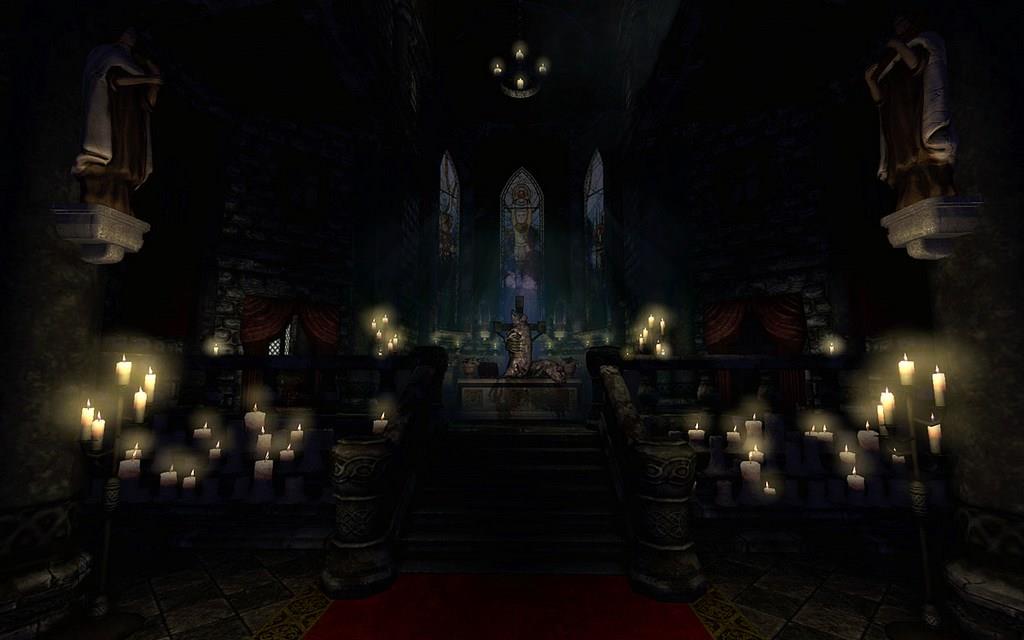 Amnesia: A Machine for Pigs

Written by Cyril Lachel on 9/24/2013 for PC
More On: Amnesia: A Machine for Pigs
You can't blame me for going into A Machine for Pigs expecting to be scared out of my mind. For two years I've been listening to people tell me how Amnesia: The Dark Descent is the scariest game of all time, so you can understand why my expectations were at an all-time high. And while I mostly enjoyed my time running through the spooky mansion (and its many connecting parts), I came away from Frictional's newest horror game a little letdown. Sure, it tells an interesting story, but this new Amnesia isn't very scary.

Without giving too much of the story away, you play Oswald Mandus, a wealthy industrialist who recently returned from a disastrous trip to Central America. Not only does he return with a mysterious illness, but he has frequent dreams about a machine with a very dark purpose. Thankfully the illness passes and our hero can go on living his normal life ... or so he thinks. It doesn't take long for Oswald to realize that he's been unconscious for months. Worse, almost nothing is how he left it.

He wakes up to the voices of his two sons, Edwin and Enoch. These elusive children send the industrialist on a first-person adventure through every inch of his estate. Oswald learns that his sons are trapped far below in the bowels of the "Machine," and he'll need to descend deeper into the connected factory and fix the damage.

Much like the first game, A Machine for Pigs is more about the exploration than story beats. Although the level designs are incredibly linear, there are enough diverging paths to give you a better understanding of who Oswald Mandus is and what happened to his estate. We begin to unravel the family secrets, giving us both context and an emotional attachment to our befuddled hero.

The world of Amnesia is full of interactive pieces, from drawers you can open to chairs you can move. You don't just press the action button to open a door, A Machine for Pigs requires the player to hold down the button and manually open the door with a mouse stroke or analog flick. Gamers who rush through the many rooms in order to see the end not only miss the point of this series, but they'll be completely oblivious to huge chunks of the story.

The story is genuinely interesting. I was captivated the whole way through and couldn't wait to see how it ended. Even though the final act drags, I was fully invested in Oswald's journey right up until the very end. A lot of this has to do with the writing, which does an excellent job of putting us in the shoes of Mr. Mandus. The big reveal is adequately creepy and A Machine for Pigs is one story you won't soon forget. 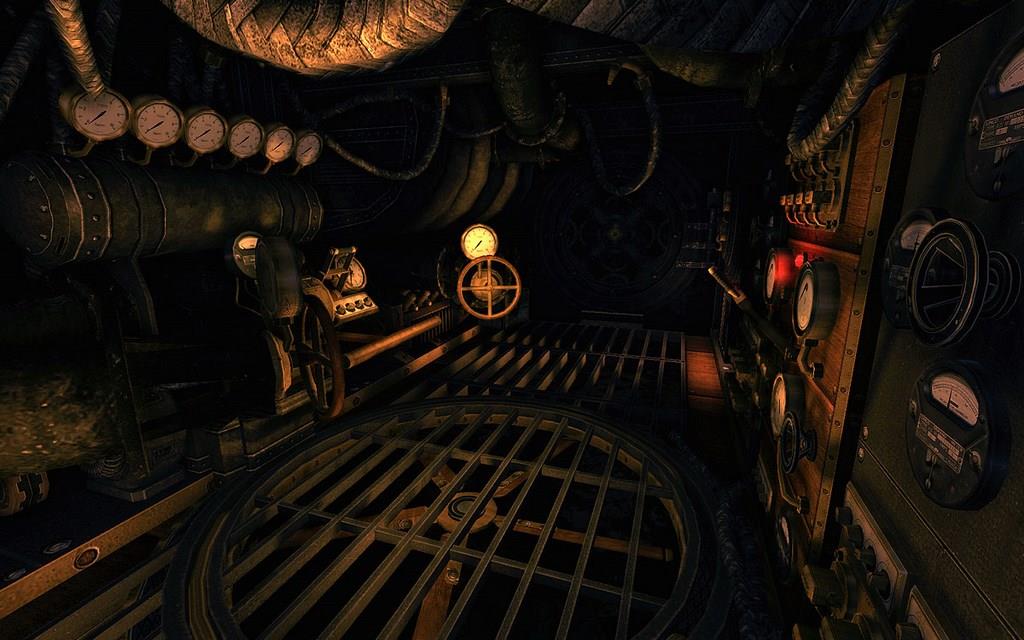 If I had to label this Amnesia sequel, I would call it atmospheric. Frictional Games has done an incredible job selling the world they constructed. Every inch is dripping with something creepy, proving once again that the developers know how to set a mood. Unfortunately, I didn't find anything in A Machine for Pigs to be especially frightening.

In fact, I found the lack of scares to be somewhat distracting. Knowing how scary the first game was supposed to be, I kept waiting for the other shoe to drop. I knew something big was going to happen, I just didn't know when. But then, after hours of waiting, I started to suspect I was being tricked. Could it be that there isn't anything scary behind every corner? Sadly, that is the case. While the mood and atmosphere suggest things are going to be scary, the end result is little more than a tease.

While waiting for the scares to show up, I became disillusioned with some of the game's more average elements. One big complaint centers around the linear path. Amnesia tries to fool you by giving you drawers to dig through, but this game is real good at always pushing our hero in the direction he needs to go. There was never a moment where I felt lost in the giant compound, the game made it painfully clear. 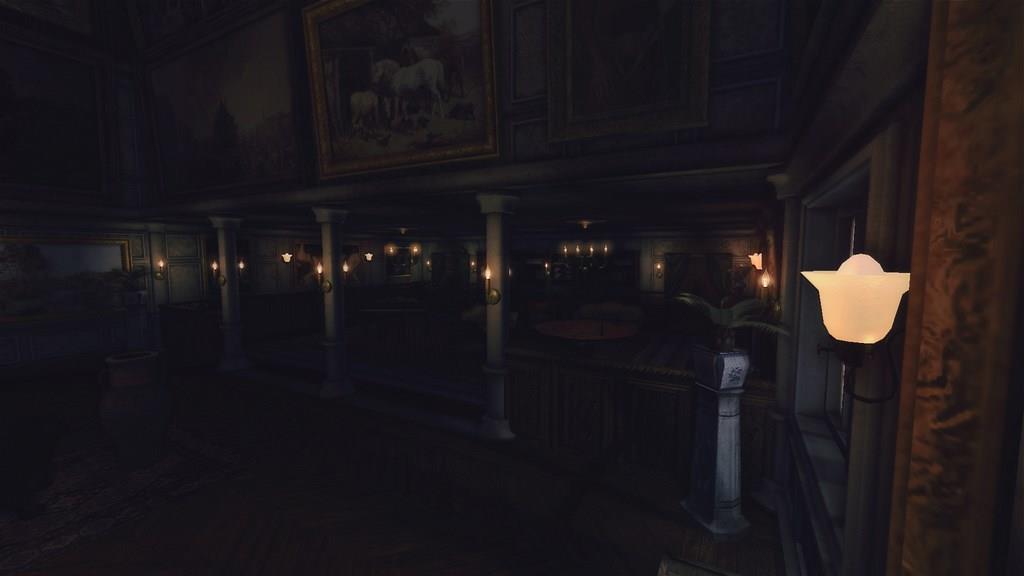 The linear levels would be fine if the puzzles were more engaging. The few puzzles found in A Machine for Pigs involve little more than finding a couple objects or pulling the correct lever. The solutions to the various puzzles are never more than a few feet away, often in the very same room. Amnesia makes the Resident Evil puzzles look like a Mensa test.

The linear levels and simplistic puzzles would be fine if there were scary monsters constantly chasing you. But again, that's simply not the case. I counted only a few bad guys, none of which popped up at inopportune times. Each encounter is set in a location with lots of places to hide and escape, sucking all of the tension out of the game.

Thankfully the story is interesting enough to carry us through these problems, but that doesn't mean the game is getting a free pass. If you're expecting a scary game, you'll be sorely disappointed with A Machine for Pigs. If all you care about is the story, then this game will keep you talking for months to come. It's full of good-looking sets, impressive writing and some truly spooky music. The strong presentation and story only make its less appealing qualities stand out more.

Part of me wonders if I would like this game more under a different name. Could it be that I'm biased towards the Amnesia brand? Even if that's the case, it doesn't make up for the disappointing puzzles and the final act's poor pacing. Amnesia: A Machine for Pigs has one of the most thought-provoking stories of the year, but at no point does it become scary.
Join Oswald Mandus as he takes a harrowing journey through his creepy mansion. With its great presentation and well-written story, Amnesia: A Machine for Pigs gets a lot right. Unfortunately, the game is marred by a lack of scares and puzzles that even a pig could solve.