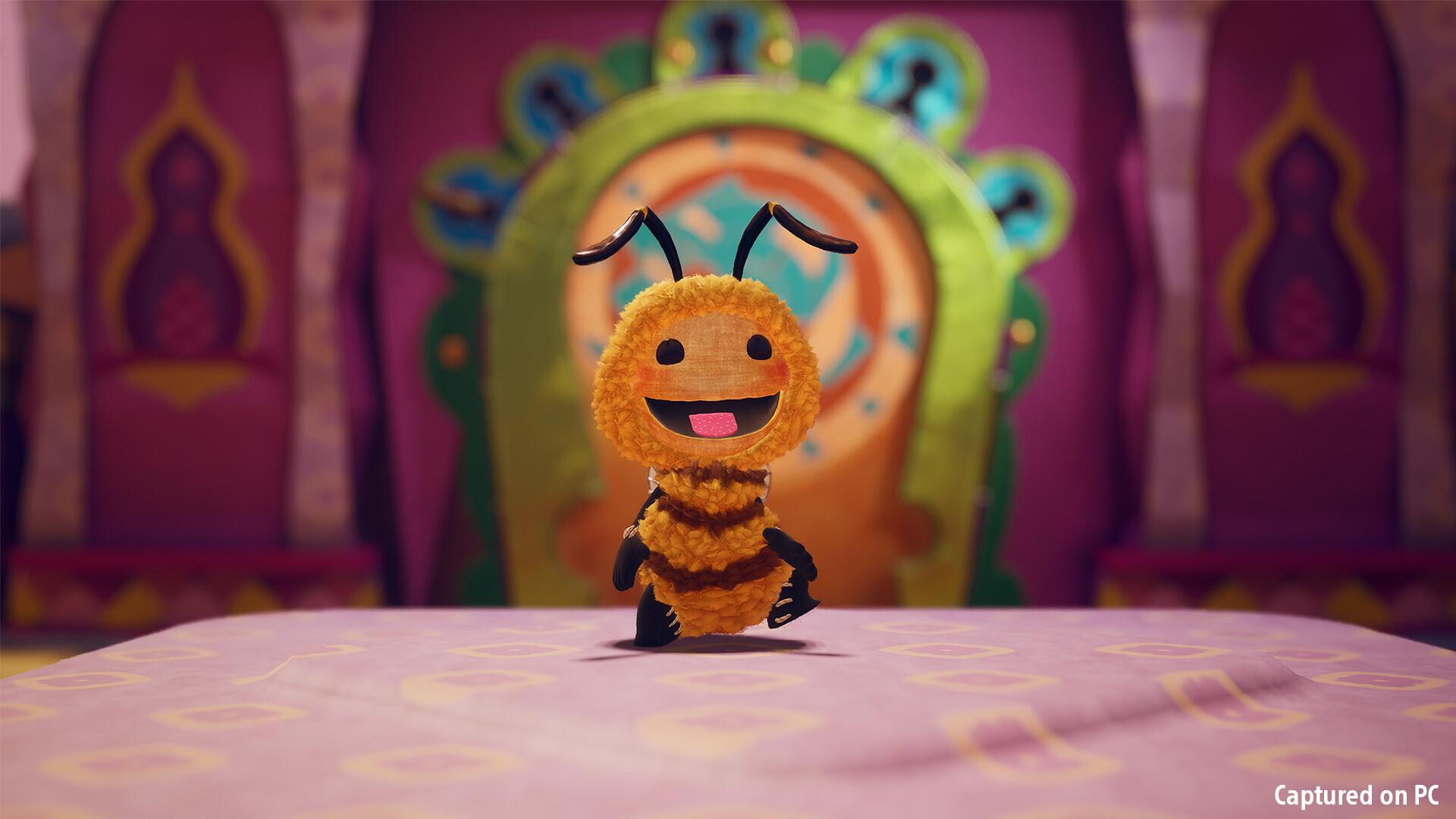 Sackboy – A Big Adventure is a wonderful game. I reviewed the original release, which was a launch title for PlayStation 5 two years ago. At the time I was completely at a loss as to why more people weren’t talking about Sackboy, which was one of the most beautiful and accessible platformers I have ever played. Sure, Astrobot got a lot of love during the PS5 launch, but didn’t the PlayStation community have a little leftover affection to spare for Media Molecule and Sumo Digital’s little hero?

I was a bit of an outlier on that original release, giving Sackboy a 9.5. Sure, there were a handful of others with me up there in the 9 -10 range, but the Metacritic average fell at a 79 (with the PS4 version pulling an 83), which felt near-criminal to me. Maybe I am a little soft on this game, but it felt like so many people were concerned about whether the game felt “next-gen” enough, they missed the joyous forest by staring at the individual trees. I’ve had almost two years now to come to my senses on Sackboy: A Big Adventure, and while a few technical issues mean that I’m not gonna just double down and give Sackboy a 9.5 again, I'm still completely feeling this game. 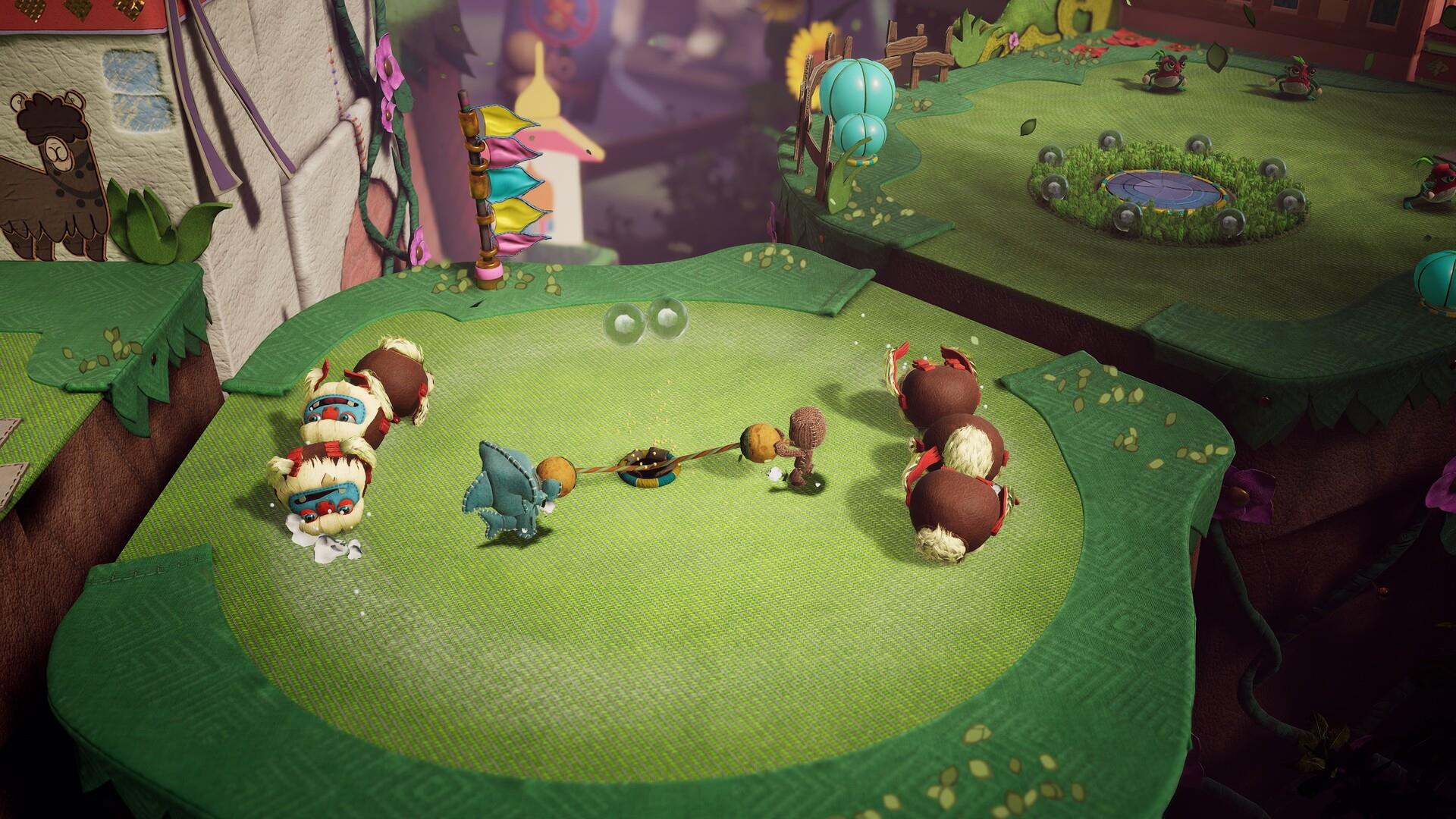 Sackboy: A Big Adventure follows the titular character, a little stuffed guy made of cloth and a bit of fluff, on a mission to save the rest of his village after they have been sack-napped by the evil Vex. What this means in practice is that Sackboy must traverse a number of themed worlds, every one of them a visual and audial delight.

Every level in Sackboy focuses on a unique mechanic, constantly building the player’s vocabulary with new tricks. Secrets are everywhere in the levels, and the experienced player will learn not to rush through, as you will run right past some of the best content in the game. The entire game can be played with two players, and there are also several multiplayer-only levels, which can be played locally or online. 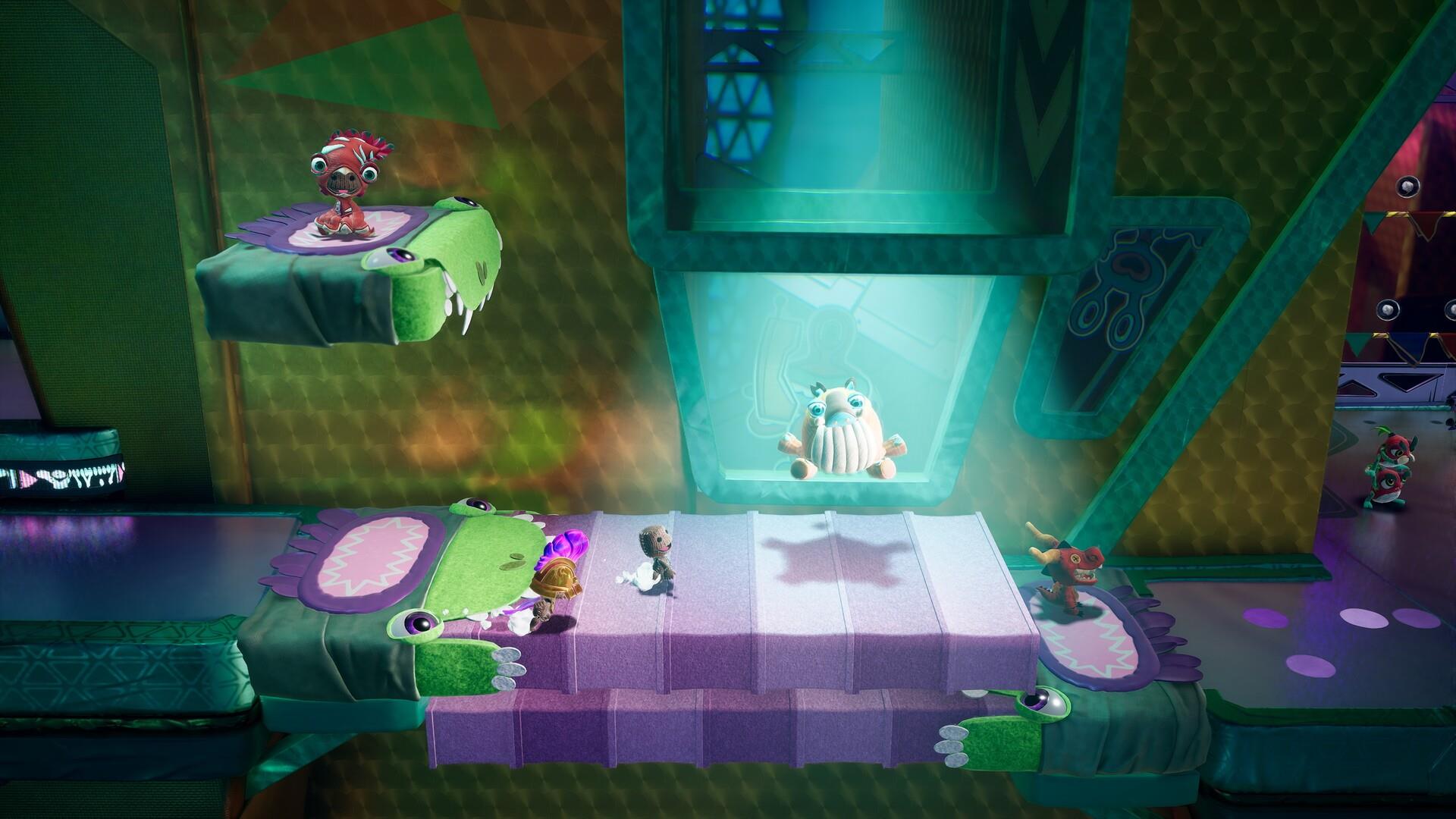 The world of Sackboy is stunningly beautiful, a mirage of felt, cloth, burlap, paper, and leather, stitched together into a bouncing, breathing pastiche. The game also boasts a stellar soundtrack, mixing together catchy original tunes, amazing reworkings of recognizable hit songs, and a handful of stone-cold pop classics. I found myself happily bobbing my head as I played through level after level in a state of merry zen.

In my original review, I said that “Sackboy: A Big Adventure is a video game marvel, and is one of the best displays of PlayStation 5’s power available at launch. Light, color, and sound combine to create an infectious concoction that will delight your entire family. Sackboy: A Big Adventure is a living artwork, an amazing patchwork spectacle with wicked tight gameplay and ripping good tunes. It is amazing that video game technology has progressed far enough for something like this game to be possible.”

If you want to know more about my feelings on the content of Sackboy: A Big Adventure, I recommend dipping over and reading my original PS5 review. Everything I said in that review still holds true today and is relevant to Sackboy’s release on PC, with the exception of the bits about the capabilities of the PlayStation 5. PCs have long been capable of delivering visuals with this level of fidelity, but the delightful creativity, whimsey, and charm that I found in Sackboy’s original release are still relatively rare, regardless of how much horsepower a platform might have.

I do want to note that the two years that have gone by since I originally played Sackboy on PS5 were enough for my sieve of a brain to forget a lot of the fun mechanics of the game. I was able to be surprised and delighted by these amazing worlds and levels all over again, which was a nice treat. Of course, I also experienced the same frustrations I did the first time around. The need to replay older levels to collect orbs to finish the game still chafes, continuing to keep this game from achieving a perfect score. 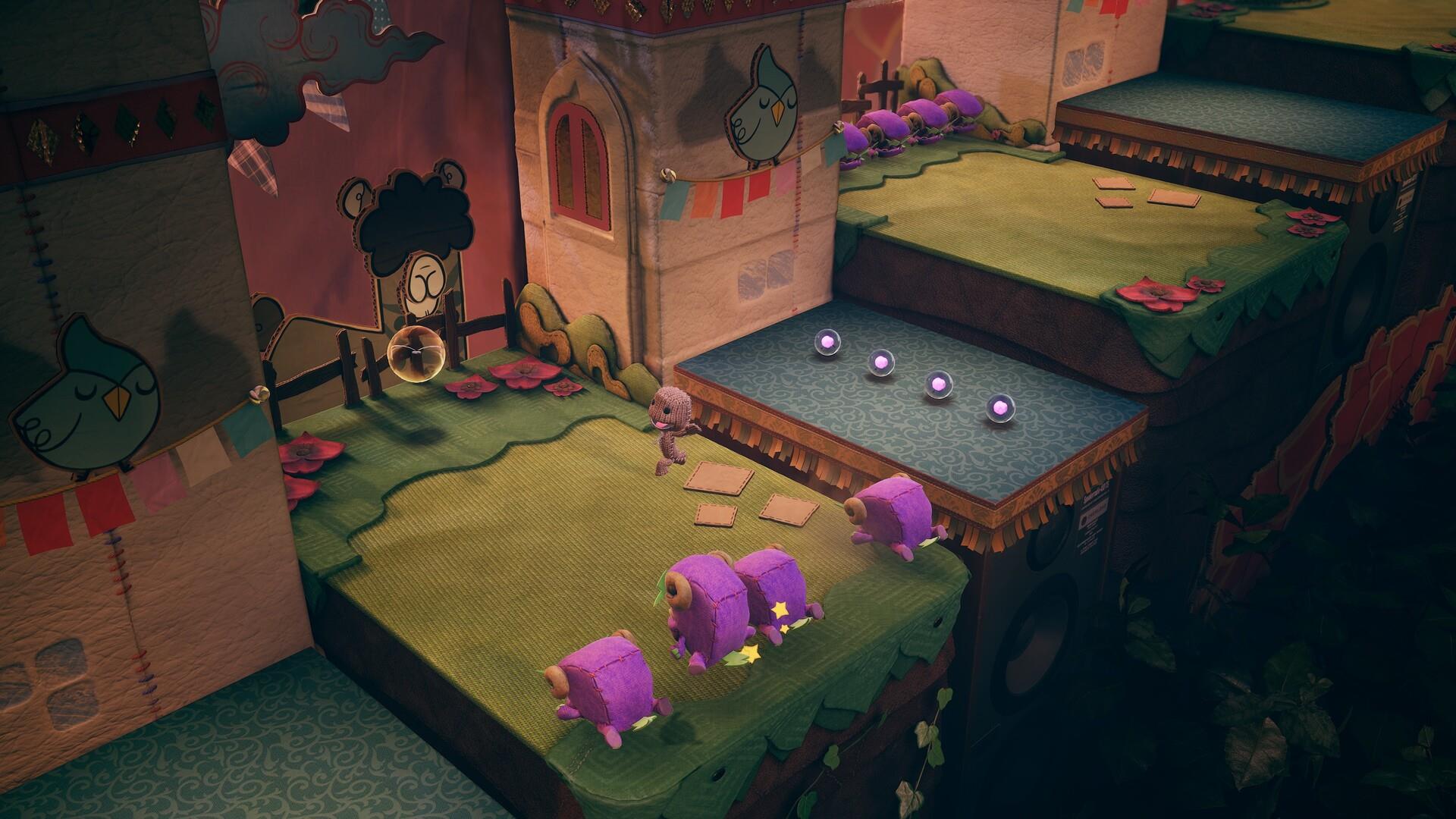 As a sidenote, I also appreciated that this new version of Sackboy: A Big Adventure delivers quite a few complete Sackboy costumes to the player right out of the gate, including some amazing PlayStation-themed outfits. Initially browsing through them, I missed some of the better entries. My favorite is the Selene Costume from Returnal, which kinda fried my brain when I saw it. Others include Elly and Abby, Aloy, Ratchet, Clank, and Rivet, Sam from Death Stranding, and a ton more. Pretty great, fun stuff.

Aside from these fun costume bonuses, Sackboy is pretty much the same, so there isn’t much reason to purchase Sackboy: A Big Adventure on Steam if you already own the game on PlayStation. Sure, it looks great, but that’s hardly a justification for spending $60 on a game you already own. But for PC gamers that don’t have access to a PlayStation, this game offers enough fantastic content and cool options to make it well worth a look. 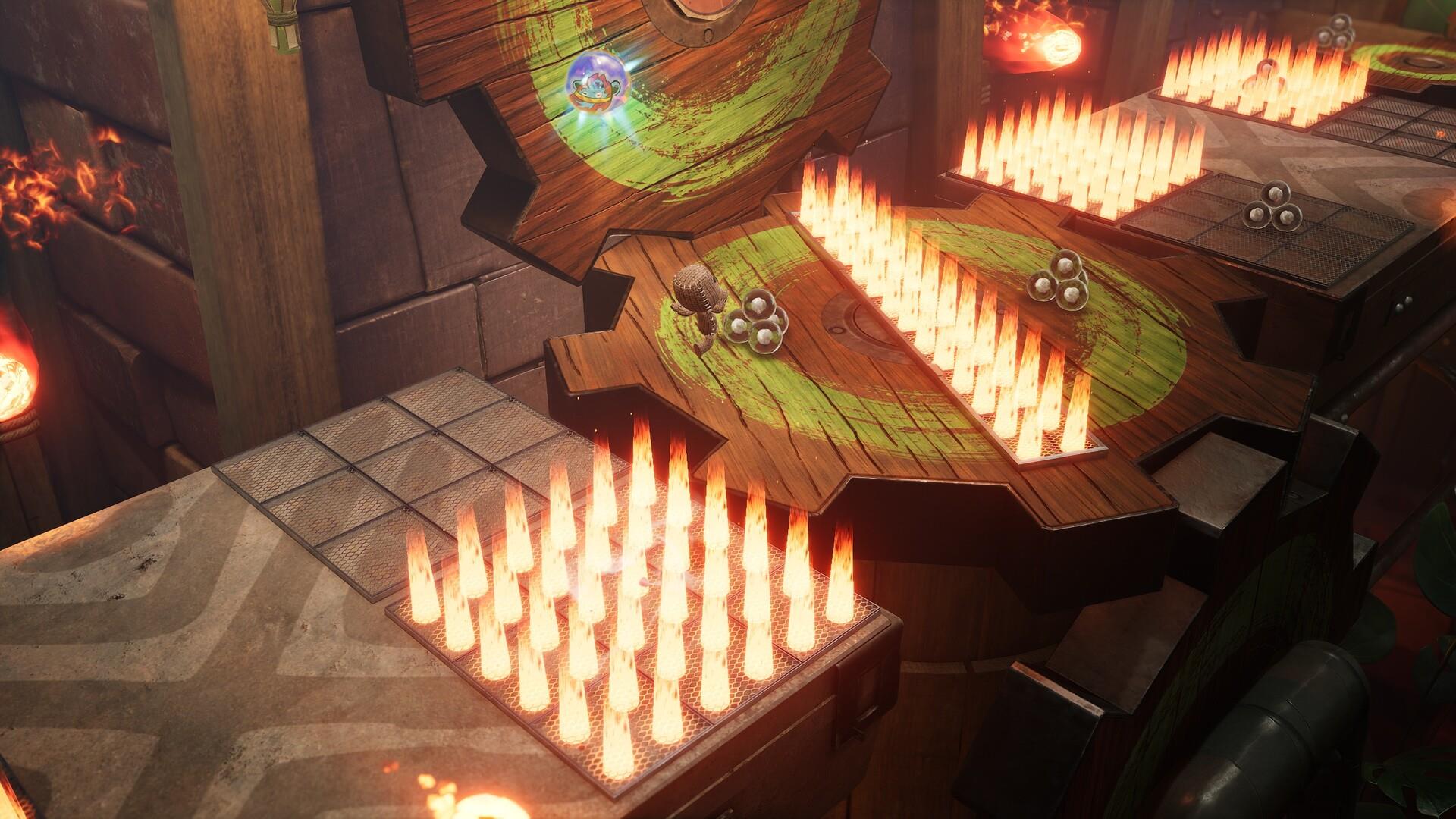 Like other recent Sony PC releases, Sackboy: A Big Adventure gives the player a number of great features not available on PlayStation 5. For those that have the gear, Sackboy supports 21:9 ultra-widescreen, which I imagine looks fantastic (still stuck in 16:9-land over here). The game loads amazingly quickly, and can support up to 120 FPS.

I’m running a GeForce RTX 2080, with a monitor resolution of 2560 x 1440. I was pushing between 40 and 50 FPS on Sackboy, which looked pretty decent, but as soon as I activated DLSS and bumped the framerate limit up to 120, that number popped up to 60-70 FPS. With that settled, I went ahead and activated raytracing and every other option in the game – including things like “Enhanced Hair Visuals” and “Sackboy Fuzz”. Sony has been providing a handy-dandy VRAM meter on these PC releases, and with every option maxed, I was sitting at 2715/8010 MB. Turns out, Sackboy can run very well and still leave room to spare.

It is worth noting that the first time I loaded the game, I experienced a stutter in the images, particularly during cut scenes (see video below). I did not have the same experience during gameplay - everything ran smoothly when I was actually controlling the character. The game seemed to be dropping frames every few seconds, which was a bit distracting and surprising considering how smoothly the recent Uncharted release ran. Not the same developer, of course, but if I can push Nathan Drake without hitching, I should be able to handle Sackboy. Sackboy has been patched since that original session - which was on release day - and I haven't seen any stuttering since, so I'm going to consider the issue resolved. But of course, folks with different PC configurations from mine might see this issue depending on their configuration settings.

Players can play Sackboy on PC with a hardwired DualSense controller, which I did for a time. For some reason, my controllers tend to die rather quickly when I do this, so I eventually reverted back to my trusty Xbox controller, which delivers decent rumble functionality, but loses the fun reactive triggers. It’s fine. I like the DualSense, but I’m not a die-hard fan of the controller.

What we have here is an amazing game that is two years old that was somewhat overlooked upon release – and if recent news reports are to be trusted, it is being overlooked again now that it is on PC. This is a crying shame, because now players on two platforms are missing out on one of the most joyous and fun experiences to be found in videogames. Don’t be among them – give Sackboy a shot. You won’t regret it.

Sackboy: A Big Adventure is a delight for players of all ages, regardless of the platform you play on. With amazing visuals and a stellar soundtrack, Sackboy delivers one of the most creative platformers in years. PC gamers can of course maximize their experience to their system’s best ability, but regardless of the power of your rig, Sackboy is worth a look.