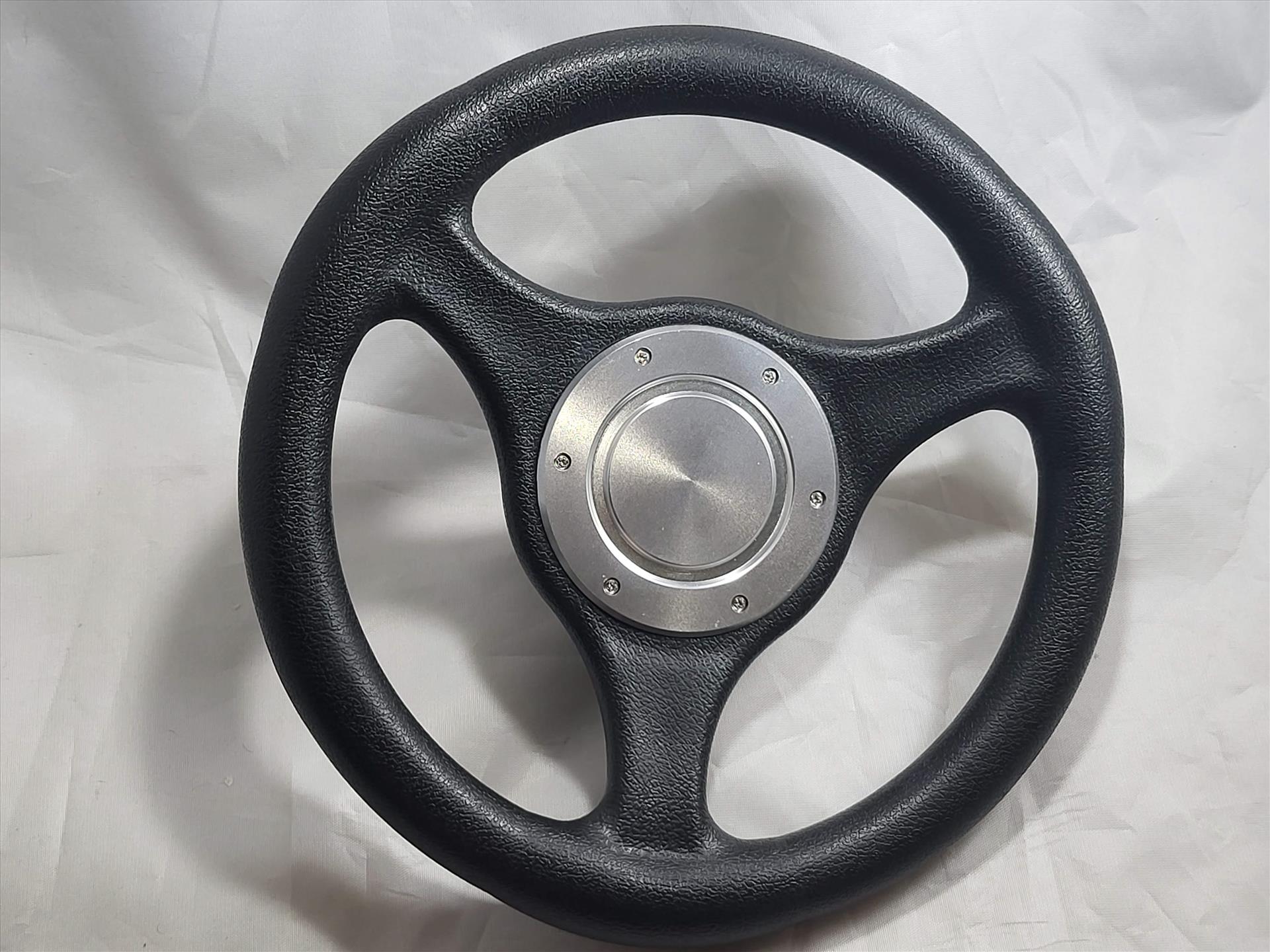 There are some great arcade racing games that really warrant a wheel in order to fully enjoy the game. We’re talking about old school racing games such as Super Sprint and Ivan Stewart’s Off Road. These types of games use an unlimited turning or free spinning wheel and if you try to use a modern steering wheel from the likes of Logitech or Thrustmaster, you’re going to have a bad time.

If you already have a spinner on you arcade machine, you can purchase some wheel attachments that go in place of the dial and turn it into a functional free spinning wheel. Because I recently ordered and installed a GRS USB Button Hole spinner (see my review for details here), I decided to purchase the GRS Arcade Spinner Steering Wheel to go with it.

The GRS Arcade Spinner Steering Wheel works with the GRS USB button hole spinner or Arcade1Up style spinner. Unfortunately, it won’t work with the GRS Push & Pull Spinner, which I want to have as my primary spinner for my arcade cabinet. But, if you have either of the other two GRS spinners, you’re good to go.

Coming in at a diameter of 8” with a circumference of 25.13”, the GRS Arcade Spinner Steering Wheel is made of a nice hard plastic with a textured grip. There are three spokes or arms that extend from the center and where they connect to the wheel there’s a slight bump. In between each arm underneath are finger indentations that let you grip the wheel a little more comfortably. In the middle is a nice aluminum faceplate to give the wheel a nice appearance and goes well with the black of the wheel.

Underneath the center extends about 1 ¾” from the bottom of the wheel which clears buttons but won’t be high enough to clear joysticks should you have one near it. The center which attaches to the spinner looks to be made of heavy duty aluminum as well. The entire wheel itself feels very, very solid and has a nice weight to it making it feel like it’s made to last and stand up to the abuse of an arcade machine. 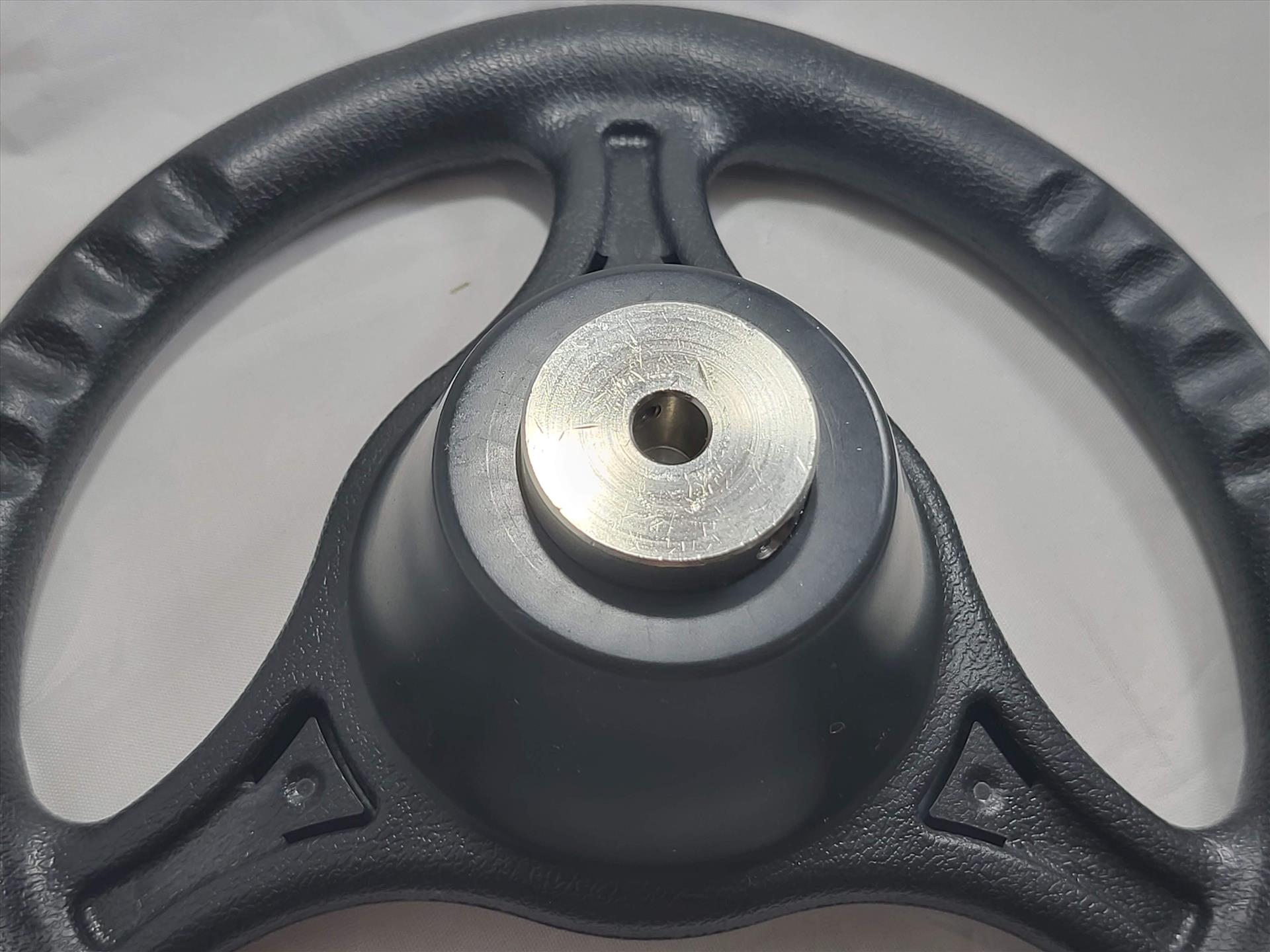 Which GRS spinner you are attaching to depends on the types of couplings you’ll use. With the USB Button Hole Spinner I have, it was just one coupling to help support the wheel and an optional friction ring. I opted not to use the friction ring.

Installation was dead simple as I took off the top of my spinner, placed the coupler on the spinner, the wheel on top in the center, and tightened two hex screws with the included hex wrench. That’s it. The hardest part was trying to get the hex wrench into the small holes to turn the screws. But other than that, it was super simple to get installed.

I decided to try out some of my old favorites in Super Sprint, Ivan Stewart’s Off Road, and APB. Each of these games does well with free spinning wheels. Firing them up in MAME where I already had the spinner setup to be used, I found myself transported back 20 years to when these games were prominent in the arcade as the feeling of using these types of arcade wheels in these games came rushing back to me. Yes, you could just use the spinner without the wheel attachment, but it just doesn’t feel the same. 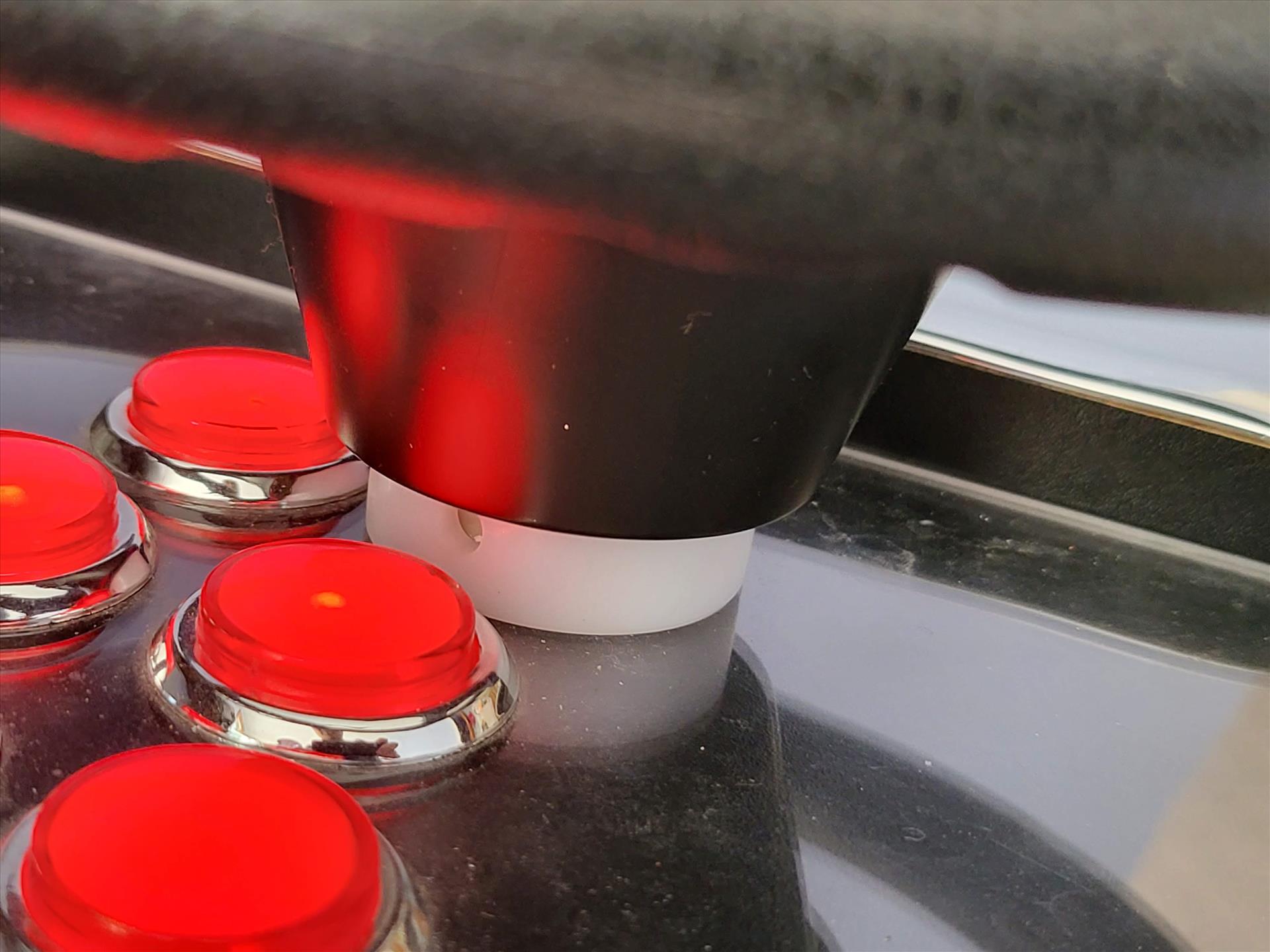 I was easily spinning around corners in Super Sprint, pumping nitros and doing jumps over water in Off Road, and pulling litterbugs over in APB. The free spinning wheel perfectly mimicked how the games were originally played. For driving games, nothing beats an old school wheel, and being able to feel that in the hand while playing these classic arcade games was a ton of fun.

The size for me was fine even if it wasn’t as large as some of the original wheels out there and the weight is also good. Attached to the spinner, I found the amount of spin to also be good. I want to say the Super Sprint wheel spun a lot easier in the arcade, but I’m going off of memory that’s probably not reliable in trying to remember the controls of a game I last played in the arcade probably 20 years ago. There’s no way to adjust the amount of friction other than putting in the friction ring and even then you only get two variations, one with and one without the ring. But, to me that is a minor issue and I felt the wheel spun fine for the games I played. 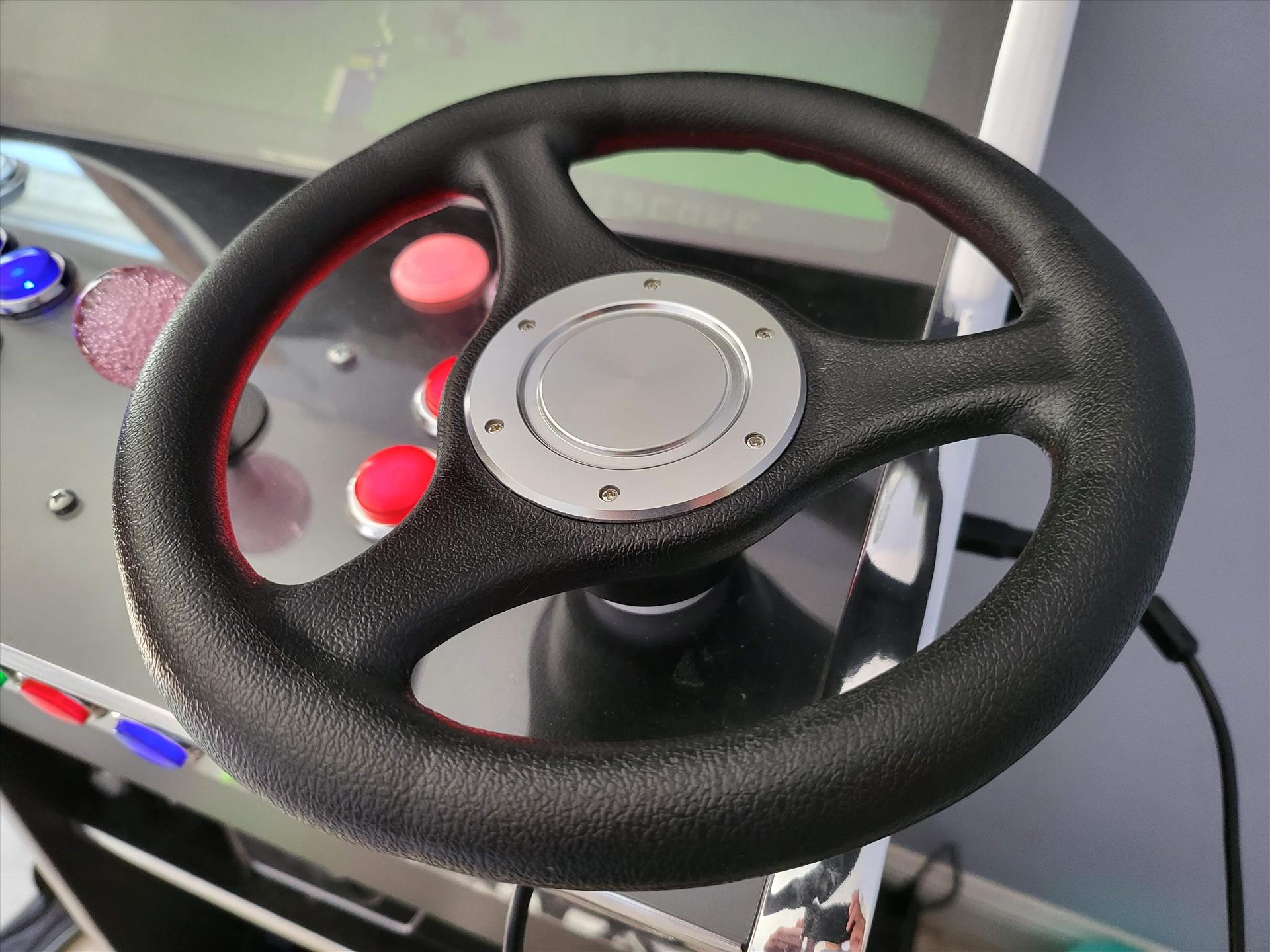 It's easy to take off as you just need to undo two screws and you can easily go back to your spinner top. The ease of installation makes it so you don't have to permanently have the wheel in place if you are using the spinner for other games as well, but you can have a dedicated wheel setup using this and a spinner peripheral if you so desire.

I picked up the GRS Arcade Spinner Steering Wheel at my local Microcenter for $59.99, but checking Thunderstick Studio’s website, you can order one now for later delivery for $35.00, which is a super buy. I might pick up another one for this cost to add another driver to my arcade cabinet. If you have one of the GRS compatible spinners and want to add a nice steering wheel to your setup, the GRS Arcade Spinner Steering Wheel is a great pickup to do that. It’s solidly built and feels well in the hand as well as having a smooth spin when paired up with one of the GRS spinners out there.

If you have a GRS Spinner, this wheel attachment works well in providing a more arcade feel to driving games