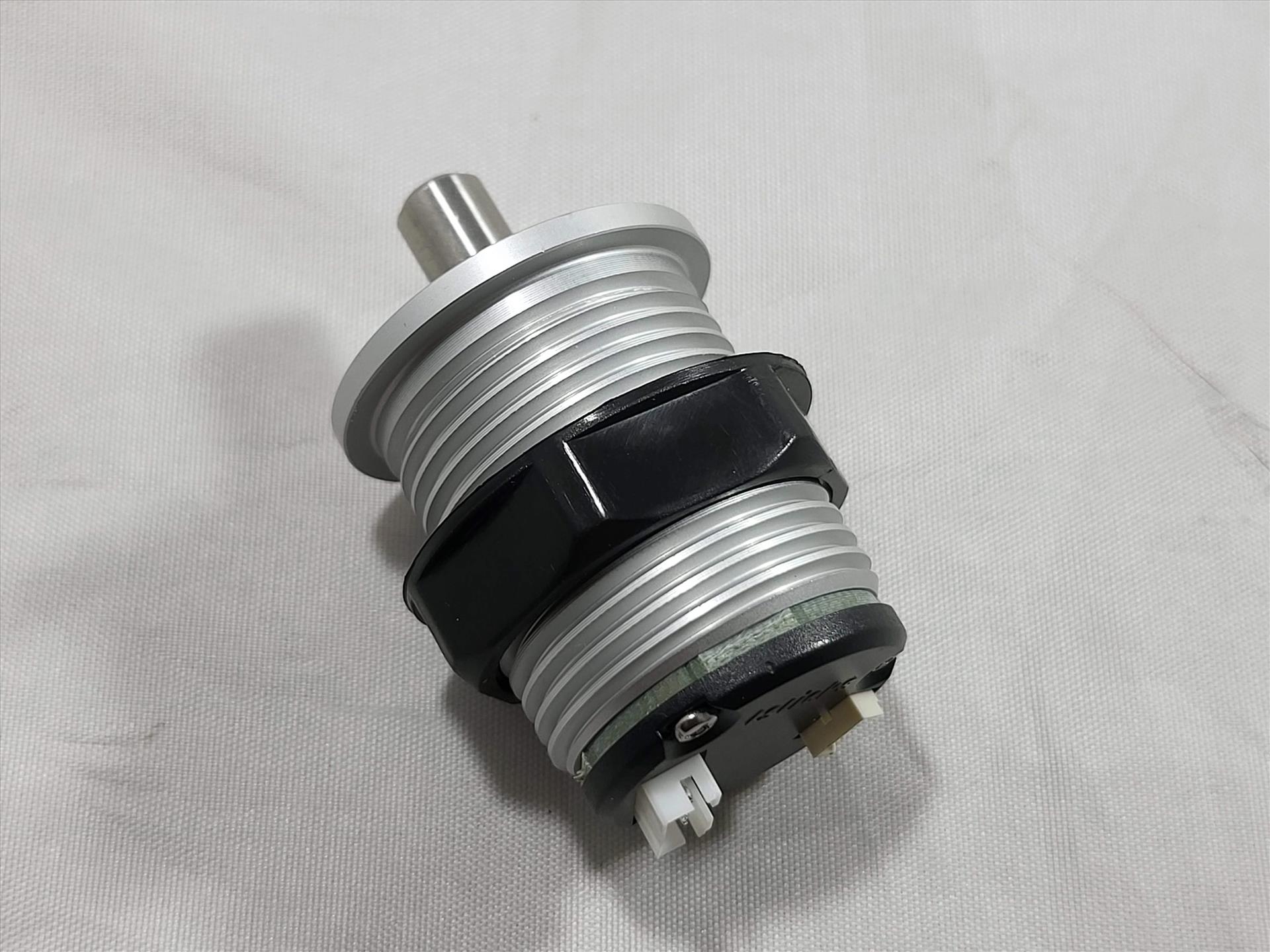 On the arcade machine I’ve built during the pandemic, I was looking to add a few controllers to play some of my favorite childhood games such as Arkanoid, Tempest, and Super Sprint. What that entailed was adding a spinner controller to my machine. There are a few options out there, but I settled on the GRS USB Button Hole Spinner for what looked like a quality build and the ability to put a steering wheel on top.

I picked one up from Amazon almost six months ago and have been waiting to install it because I was also trying to find the GRS Arcade Spinner Wheel, which I’ll review sometime in the future. I finally decided to just try it out in a temporary position because I was wanting to see how good the USB Button Hole Spinner was and to make sure everything worked OK before I moved it to a more permanent location. 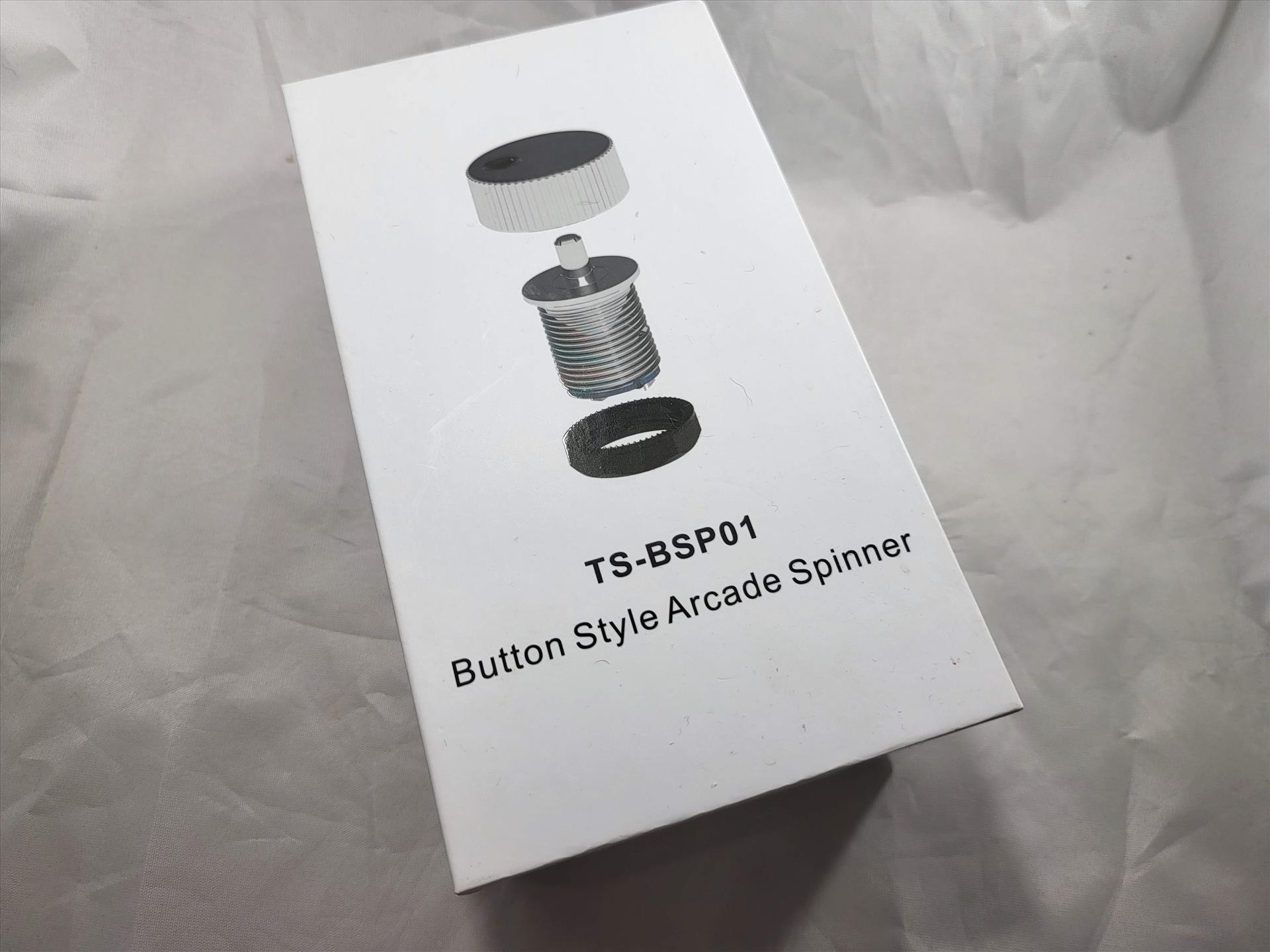 The GRS USB Button Hole Spinner is a drop in spinner for a 28mm hole. That means you can take most standard arcade button holes and easily put this in there if you to replace one of your buttons with it like I have it in my setup.

Unlike some spinners that use a potentiometer, the GRS USB Button Hole Spinner uses magnets to determine the direction and speed of your spin. It’s what’s called a Hall Effect sensor and it’s known for its accuracy and durability. You can read more about it here. The use of a Hall Effect sensor was one of the reasons that I went with this spinner versus others. If there’s one thing that can really dampen a gaming experience, it is bad controls, but the GRS Button Hole Spinner looks to be built with quality parts.

One of the things that screams quality and durability is the type of materials used for the spinner. We’re taking heavy solid aluminum for the spinner top. The body of the spinner looks to be made of aluminum as well. From the description, there’s also steel in there as well. It has a very heavy feeling and feels like it can take a good beating.

Also included in the setup are two soft touch arcade buttons. For those that have multiple buttons like I do on my arcade machine, you might not need them. But it’s nice to have it included should you want extra buttons to say maybe mimic the left and right mouse click.

On the bottom of the spinner are the connections for the buttons and USB cable. If you do use the included buttons, you can attach them here and have one USB cable to your computer or raspberry pi. The cables are very nicely labeled so you know what is what, something I wish more companies would do. I always appreciate attention to detail in products and GRS labeling the connectors is a small but very appreciated touch. 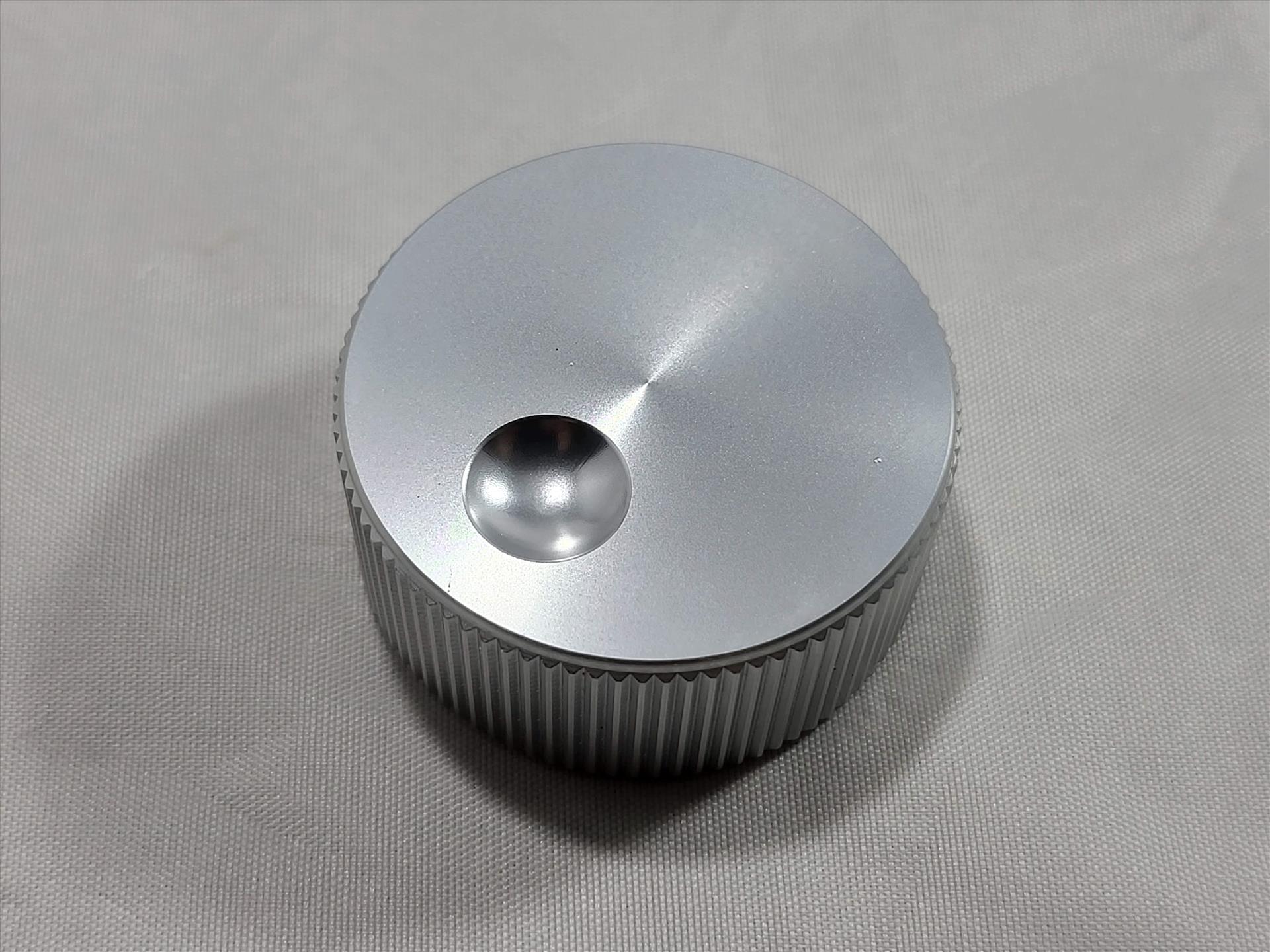 I did not like the length of the included USB cable though, as I felt it was way too short. My setup has my USB hub underneath the bartop machine and all my other controller boards are able to reach it through the back of the bar top. I could splice a longer USB cable onto the one included, but most people probably wouldn’t be comfortable doing that or want to go into the trouble of doing so. Luckily for me, I have a flat panel USB socket on the right side of my cabinet that I can plug it into temporarily. But if there’s one complaint I have so far, it is the short USB cable length.

When installing on my setup, I replaced the bottom right button on my six button setup to test out the spinner. Because of how close the buttons were, I had to raise the spinner top a little bit so it wouldn’t rub up against the buttons when spinning. Tightening the screw with the hex wrench locked the spinner in place and made it so it didn’t slide down on the shaft when in use.

From underneath, you use the included nut to lock the spinner body into place. Like my other buttons, you just hand screw the nut so it’s hand tight against the button of the control board and it won’t slip or slide around when in use. Then with the USB cable plugged in to both the spinner board and to my computer, I fired up Launchbox to test it out. 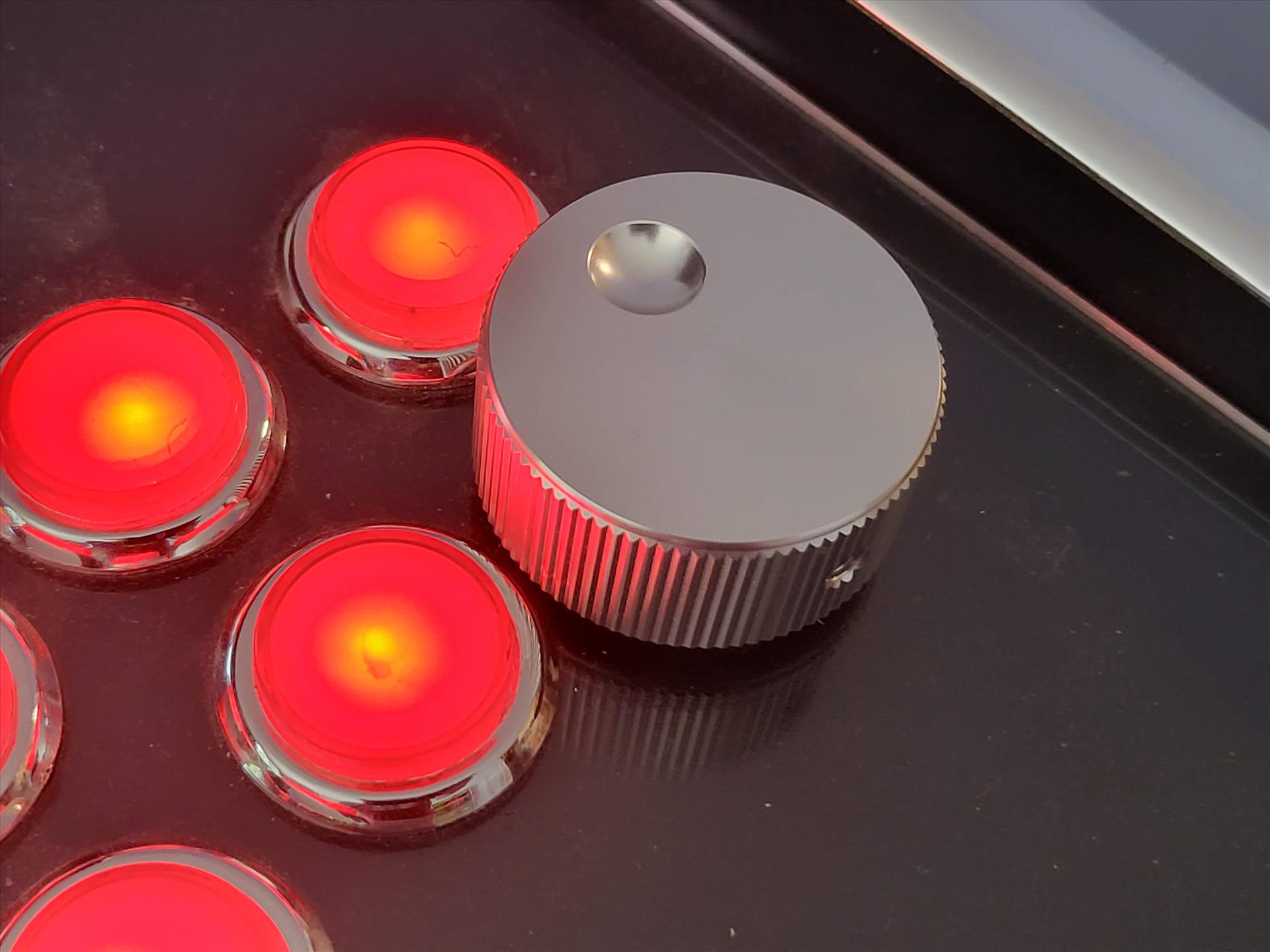 A quick flick and I was surprised at just how smoothly the spinner spun. It feels really, really smooth, which is precisely what you want in a spinner. It’s not too loose either, and has a light amount of friction when spinning where you’ll get some good rotation times before it completely comes to a stop. The top feels really good in the hand and grooves on the side provide a nice grip for your fingers to grasp.

To test, I played some Arkanoid, Super Sprint, Tac Scan, and Omega Race running on MAME. The GRS Button Hole Spinner performed admirably on all of those games. I was always in control and it felt really precise when doing small or large movements. I saw no hiccups and the Hall Effect sensor made for a smooth gaming experience. I may still play horribly at Arkanoid, but now I can blame it on my lack of skill rather than the lack of controls.

Super Sprint was so much more fun with a spinner rather than a joystick, and driving games that use a free spinning wheel will really get a benefit out of a spinner rather than another type of control. GRS makes a wheel attachment that I’ll review in the future, but it’s one of the reasons I chose the GRS spinner over others as I was able to purchase a wheel attachment easily and have it work with this spinner.

Coming in at $54.99, the GRS USB Button Hole Spinner is a solid addition to any gaming cabinet. It’s easy to install and feels great in use. Solid construction means this spinner should last a long time. I do wish it came with a much longer USB cable though, but other than that I don’t have any issues with this great arcade controller. Definitely a great buy to improve my arcade gaming experience.

It's an impressive spinner that works really well. A longer USB cable would definitely have been preferable. Easy to setup and feels high quality.