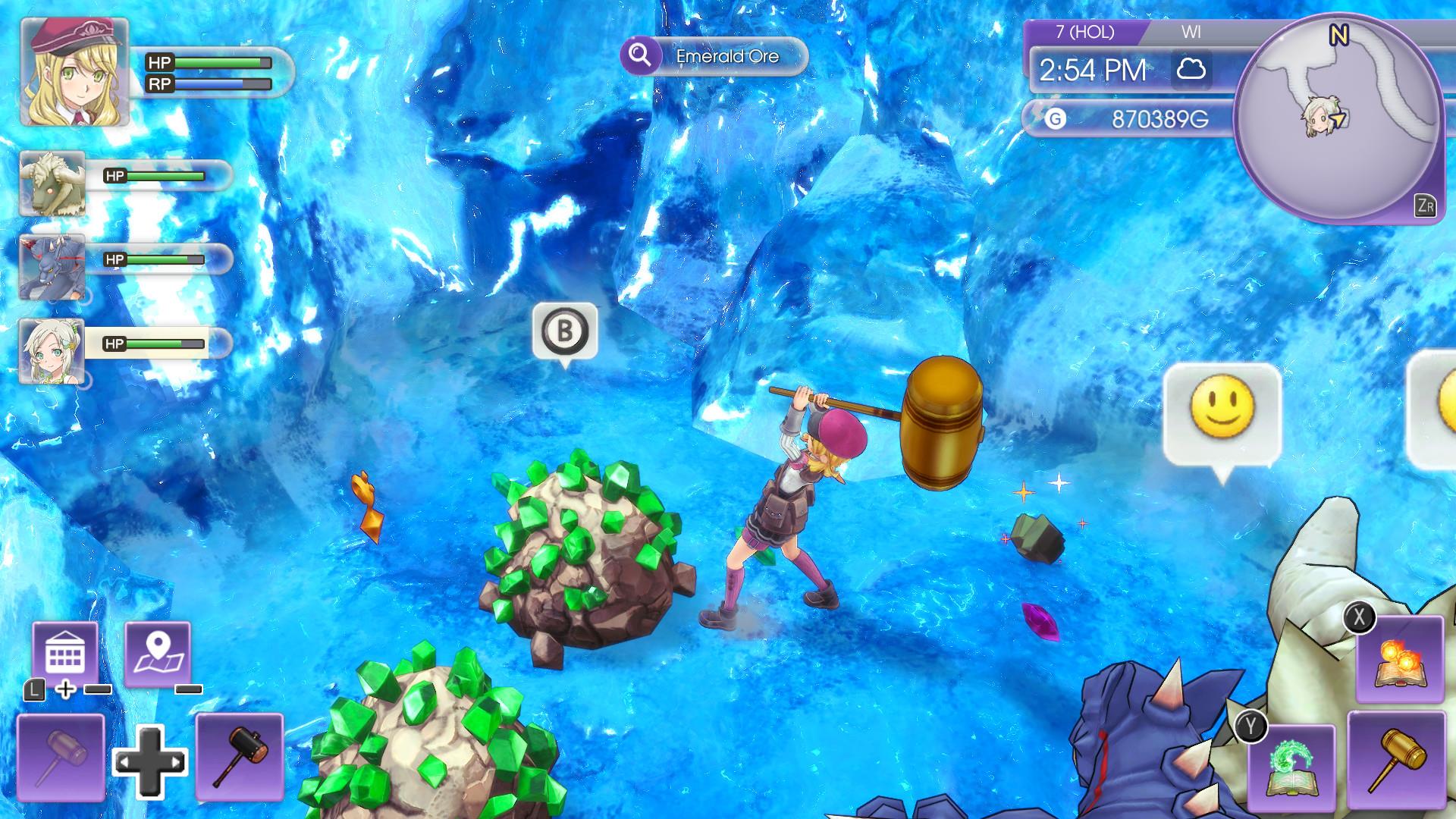 When Rune Factory 5 landed on Nintendo Switch a few months back, our reviewer Elliot Hilderbrand was excited to take a look at it for review. And though he enjoyed many of the game’s mechanics, he ultimately gave the Switch version of Rune Factory 5 a score of 7, citing the many technical issues that plagued the release. In the months since then, we’ve received word that a lot of work has been done to clean up the Switch version of Rune Factory 5 – and the game’s pending release on PC was purported to be much cleaner at launch, allowing players to focus on gameplay instead of glitches and stutters.

I’m pleased to report that all the issues that Elliot initially reported concerning the Switch release are completely absent from the PC release, giving Gaming Nexus sufficient cause to reconsider Rune Factory 5 for a second, separate review. During my time with Rune Factory 5 on PC, I’ve found the gameplay to be smooth like butter. Load times are short enough to be almost completely unnoticeable, there is no graphical hitching or stuttering, and the camera issues that Elliot found so distracting have been completely cleaned up.

Special consideration is given to ensuring that individual PCs are configured correctly. Upon loading the game each time, players are shown an interface with which they can dictate their settings before the game even boots. There are four preset levels, but those that want to tinker can set resolution, framerate and VSync right out of the gate. Each of the options even has a handy-dandy little display that pops up when you hover over it, showing what the different settings will look like in practice. Handling stuff like Shadow Resolution, Quality, and Distance before even starting the game is pretty handy, and it ensures that the player get their best version of the game without a lot of futzing around. I’ve never seen a game go into settings right out of the gate in this way, and I really appreciate the approach. Take note, other PC games.

Indeed, I’ve found Rune Factory 5 to be a completely fun and serviceable entry in the “run around town and help people while farming and exploring and mining” genre. If you’ve played even one of these games, you know the score. The player arrives in town – usually with amnesia – and after a brief “we don’t trust you” period, wins over the populace by competing tasks and making friends.

Before long, the player character has a full day’s work in front of them every morning. Tend the fields, check in with the neighbors, solve any new problems that have arisen, maybe do a little dungeon diving. Craft some new furniture, go fishing for a bit, hunt down a bounty or two. Find a townsperson that you are interested in and spend a bit of time wooing them. Expand the shops, grow the town, eventually take over as the local leader. Every now and then, plan a festival for the homies. This is a sprawling game, with a ton of fun stuff to do. 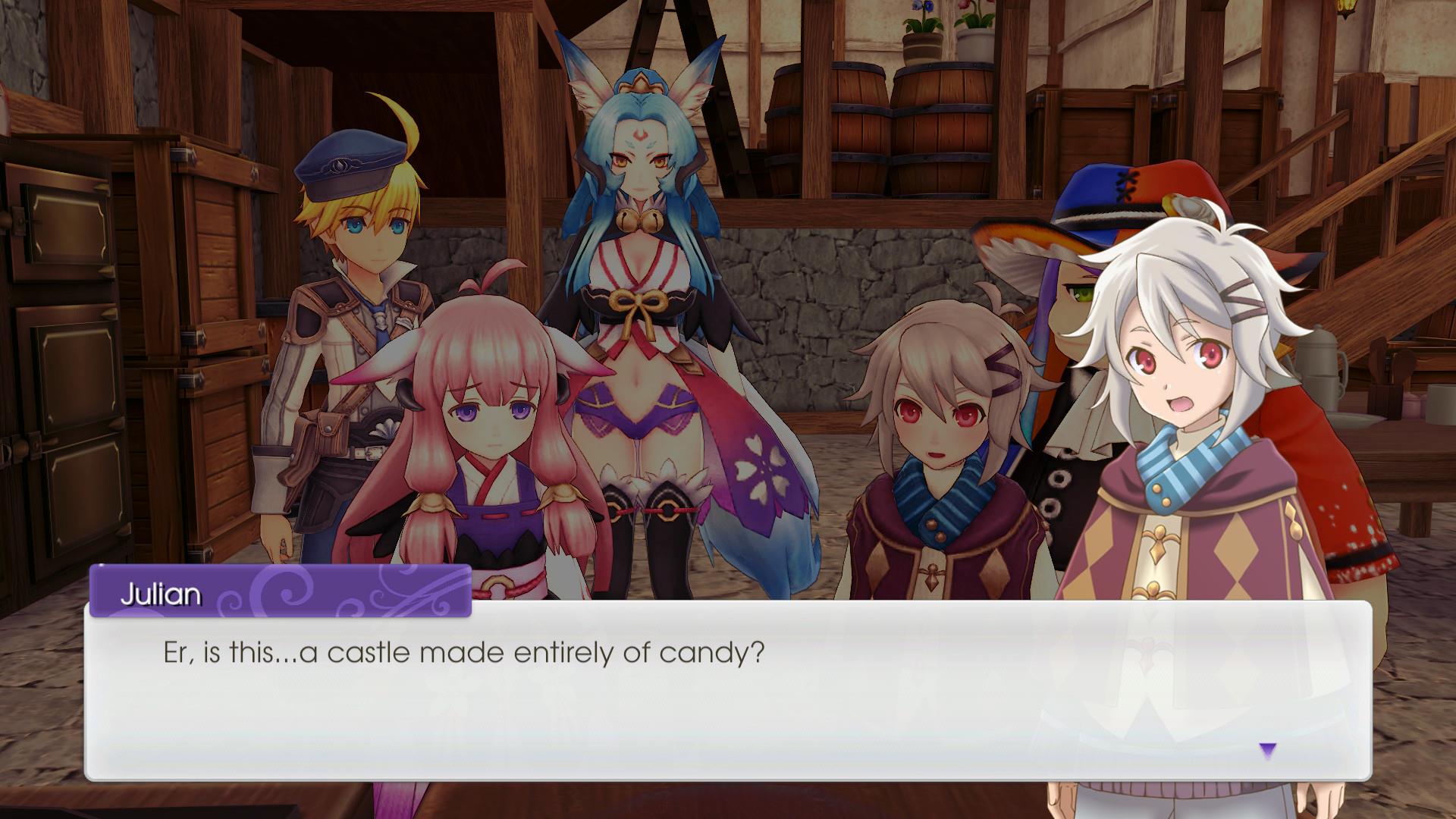 The thing that I like about Rune Factory 5 is the super chill way that it approaches all these tasks. Many games claim to be “relaxing”, but Rune Factory 5 is the first game I’ve played in a while that is “relaxed”. Everyone in town is pretty mellow, and though tasks can pile up in your quest log there is no hurry to knock them out. You’ll get to them when you get to them. No one ever pipes up and says “Hey, when are you going to take care of that monster barn you need to build, slacker?”.

There is a ton to do in Rune Factory 5, and the game gently allows the player to focus on what they like. I wandered off into the wilderness for days at a time whooping monsters and gathering loot, and no one even blinked at my absence. Of course, leaving your crops untended for an extended period isn’t advisable, but if you don’t care about the farming there are other ways to ensure a steady income. A variety of crafting careers are available for those that want to pursue them that can earn the player more than enough cash to keep things rolling along. 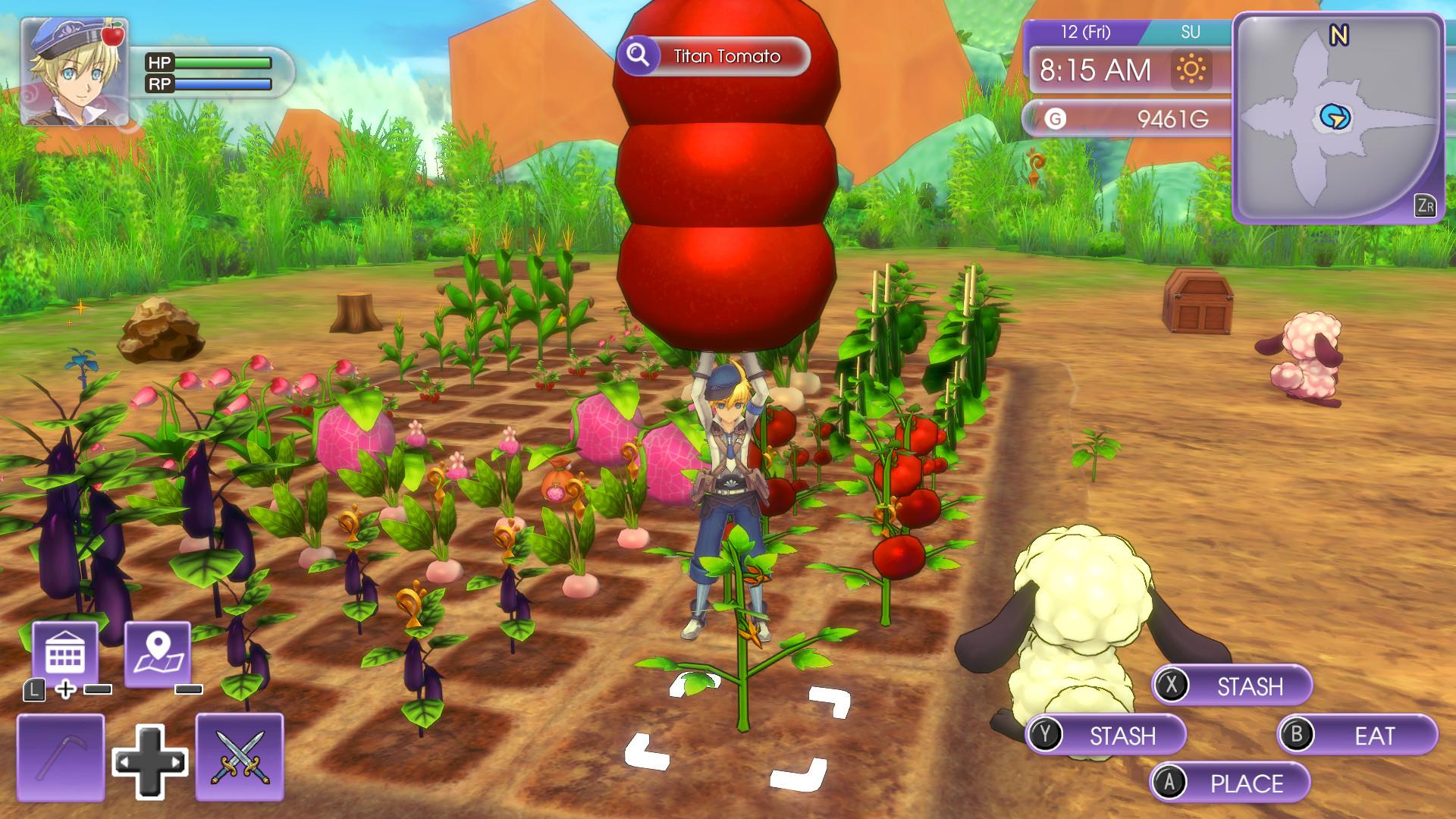 I enjoyed the way that everything I did in Rune Factory 5 led to some sort of advancement. There is a skill for everything – each weapon has its own levels, each type of crafting has its own ever-growing score, various other activities each advance individually. You even get credit for things like walking and sleeping. Heck, I even noticed that I had a score for “Catching”, and I don’t even know what that is. There is a certain addictive quality to watering plants and watching your "water" skill slowly tick upward, even in the early game when you have no idea what eventual benefits you will gain.

This is my first Rune Factory game, so I can’t really compare it to those that came before, but I will say that there is a gentility in the design of this game that makes it appropriate for kids, but still a lot of fun for adults. I would be perfectly comfortable setting my nine-year-old down in front of this game, but first she would have to pry the controller from my hands. Having not paid much attention to Rune Factory before now, I will definitely seek out earlier entries in the franchise. I've always considered this to be a niche series, but it absolutely should not be. Rune Factory 5 checks all the boxes that make games ridiculously popular with a certain subset of gamers. 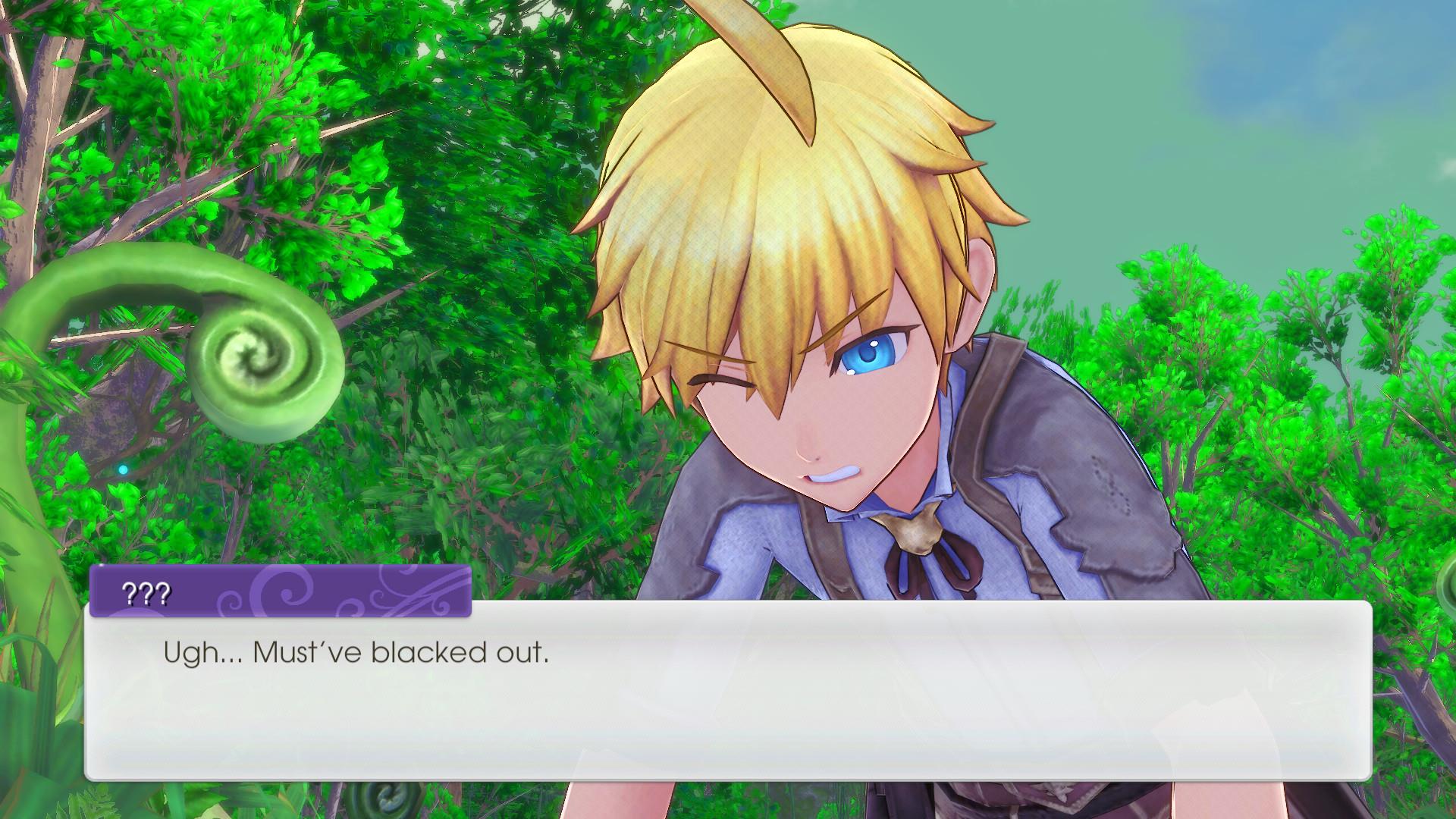 So like Elliot, I really enjoy the content of Rune Factory 5. And unlike Elliot, I’m experiencing an ideal version of the game, with the backend pumping away without a hitch. If you were interested in Rune Factory 5 (and if you like games like this, you probably should be), then this new PC version of the game is clean and beautiful. Hop on in. Catch some monsters. There is no longer any reason to wait.

Rune Factory 5 is a very fun "get to town and do all the things" game, which has been cleaned up significantly from it's initial release on Switch. The PC version of the game is clean and crisp, allowing players to address settings before even booting the game up. With a ton of fun activities and places to explore, Rune Factory 5 has a little something for everyone, and is appropriate (and fun) for all audiences. Farm, explore, romance, capture monsters; every activity is gently charming. Well worth a look for adults, but good luck keeping the kids away from it.