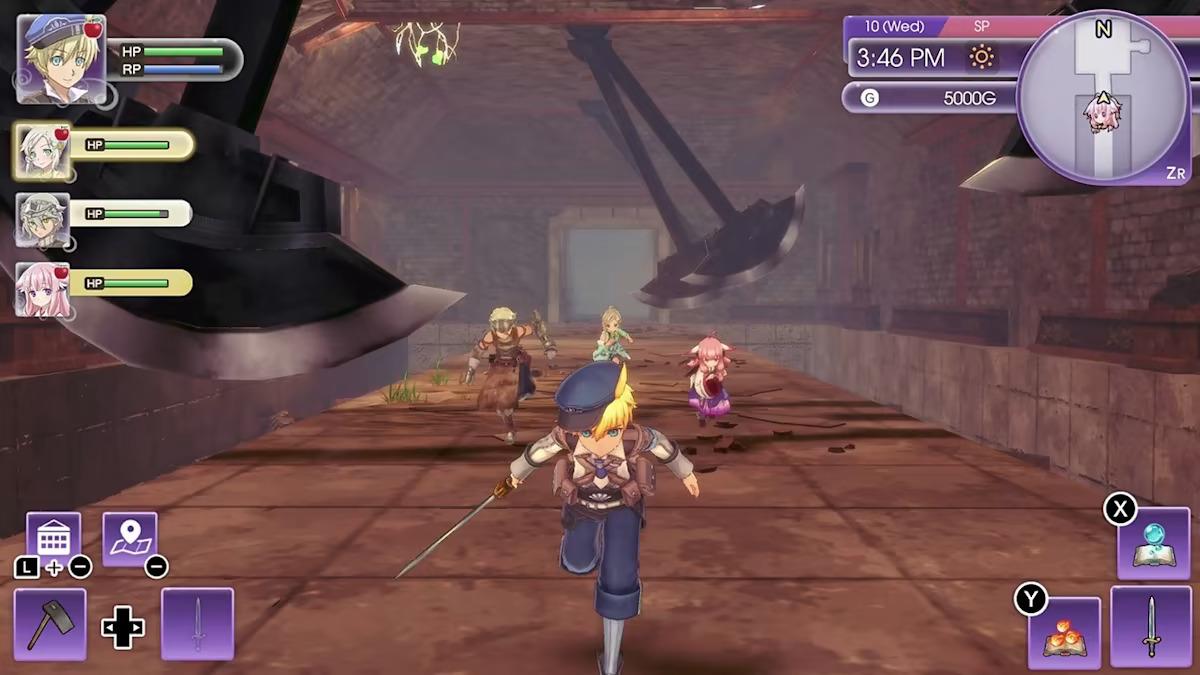 If you are familiar with the Rune Factory series, all of the core concepts are here. You wake up with amnesia near the small hamlet of Rigbarth and begin to help the townspeople. Odds and ends things at first; deliver this, plant that, rescue a half wolf/half woman from the forest dungeon. The normal stuff. As you become a model citizen, more and more opportunities open up. More planting, more chances to help around town. A chance to find true love. You begin to really get to know the people of Rigbarth. It is exactly what you want from a Rune Factory title. Until it isn't.

To start with the good, Rune Factory 5 is more approachable than most of the previous titles in the series. Doing anything for the first time usually provides you with a tutorial that does a great job of explaining how that mechanic works. How to garden, fight, run errands - all of it is explained in a way that is welcoming for players that are new to the franchise. It had been quite a while since I had played a Rune Factory title, but I felt right at home. I never struggled to understand how to go about my tasks. While almost everything is given a tutorial, some gameplay elements are simply learned by mistake. Like fast travel. I didn’t even know I could do that until I accidentally did it. 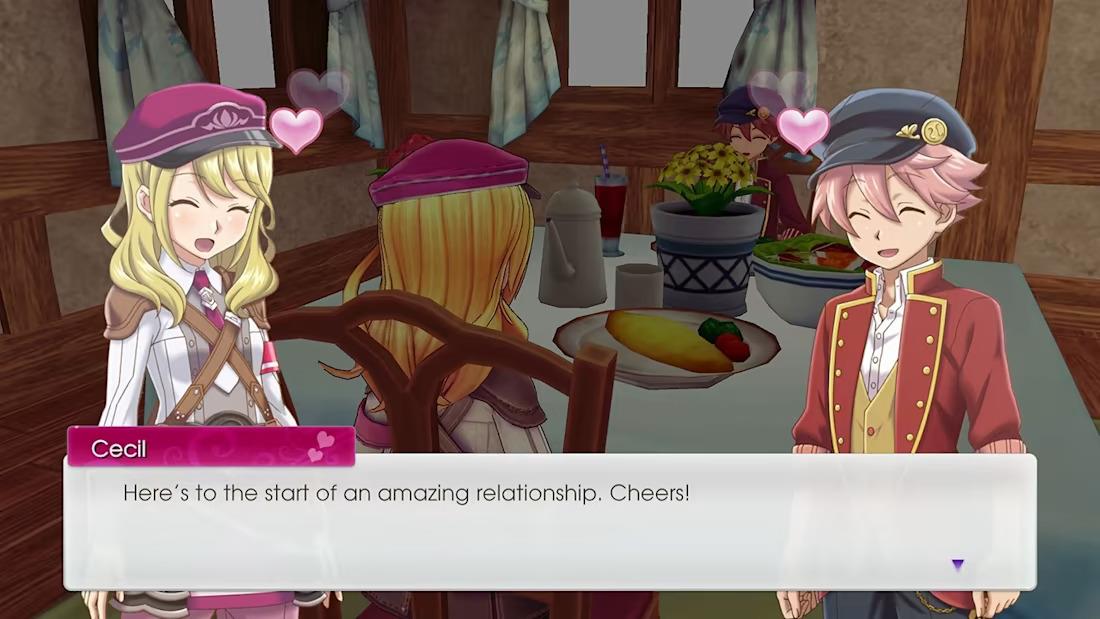 I can usually take or leave the romance element that modern farming sims have, it’s just not something I look for in a game. Rune Factory 5 has those elements, and I did explore them. While it is not a gameplay feature I look for in a game, this one does a fine job handling it. The build up to choosing and then romancing a partner is as enjoyable as it can be, for me. I’m glad to see the game getting with the current times and letting you choose exactly who you’d like to romance, regardless of gender. 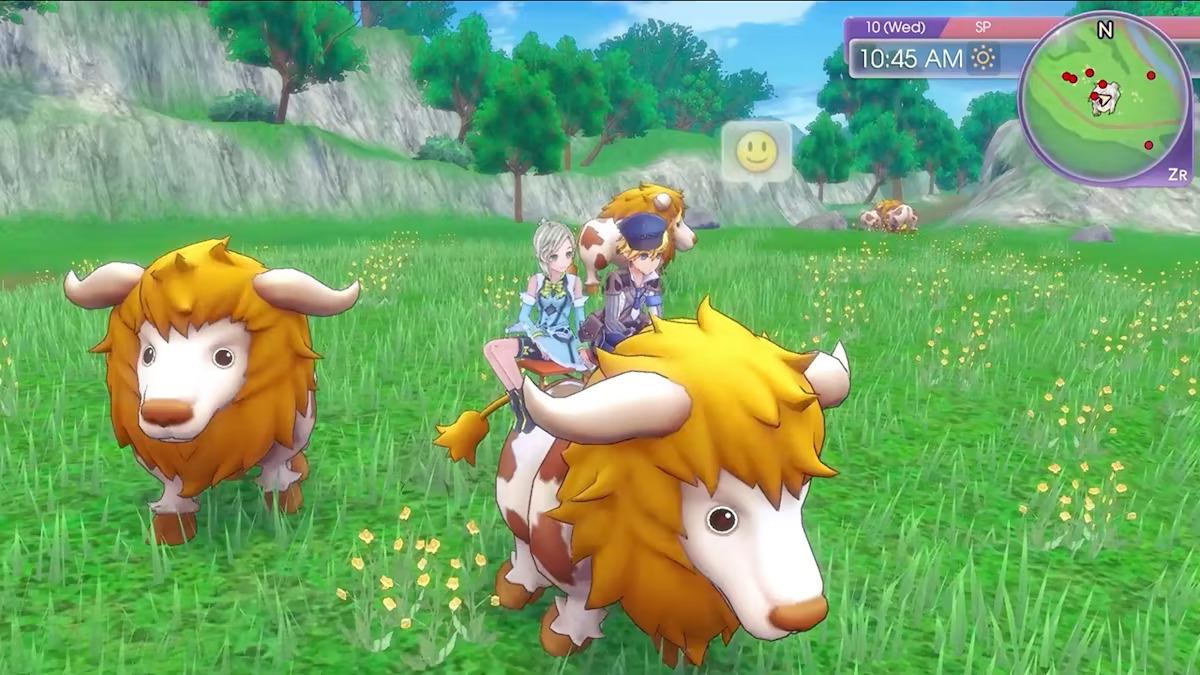 In general terms the gameplay loop is well balanced. Rune Factory 5 really lets you focus on the type of game you want to play. You can focus heavily on the farming aspect, if that’s what you want. Or you can go off exploring, going from dungeon to dungeon. Or like I did, focus on both of those styles, ignoring the townies and most of their problems until I felt like a change of pace. There is also no hurry to do anything. Take your time, spend a day, or three, just fishing, if that’s your thing.

Sadly, even though the mechanics of the game are sound, the appearance and performance of the game are not. Never have I played a game I enjoyed so much that was hurt so deeply by optimization. I’m unsure if it is a problem with the console or how the game was made, but I was taken out of the game so easily by them that once I was finished with the main story I had no interest in continuing to play.

There is a load screen for everything, which in itself isn’t the issue. The load times aren’t terrible either, a bit longer than you would want, but for a game on the Switch nothing out of the ordinary. The real issue comes after you load back in. The more than noticeable frame rate drops, the mini teleportation your character does as you run for the first ten seconds after you load in, and then on occasion, the game feels like freezing for a second. Comically bad.

The lag time between when you press the button on the controller and when the action takes place is next to unforgivable. Having to give the game a second to catch up to what I want my character to do before I can move on from watering one plant to the next makes doing chores take twice as long as it should. The camera is also annoying when it comes to gardening. It never knows what to focus on and switches to an overhead and side view on a whim, letting me water the same spot two or three times before I get the camera to stick. 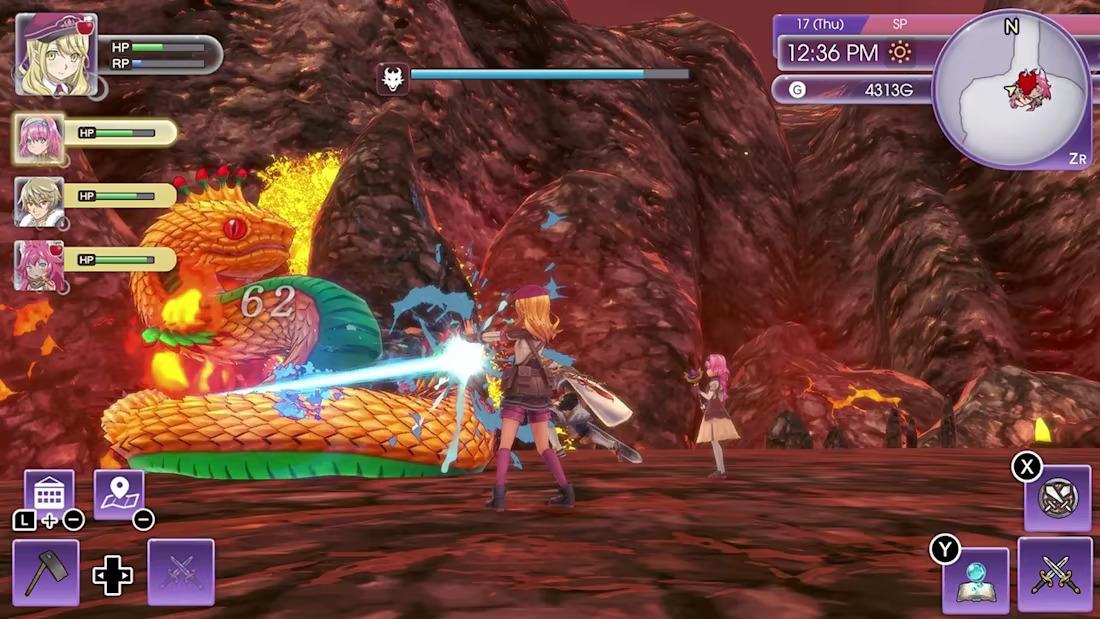 The overall visuals are, how the kids these days say, mid. They exist, they look fine, they add nothing to the game, and in a few instances take away. Your character will occasionally do some odd movements during a conversation, like stand in the same place as another character, creating a freakish hybrid of the two.

If you know what the Rune Factory series is about and can manage to overlook how poorly the game is optimized for the Switch, then Rune Factory 5 has what you are looking for. Is Rune Factory 5 an upgrade to the series as a whole? While making the RPG elements and romancing options better, it doesn’t change enough. If they can patch out the horrible frame rate issues then I could see myself coming back and checking in on the town of Rigbarth. Until then I will have to pass.

I am at a loss for words when it comes to Rune Factory 5. I had a lot of fun, but it comes at a price. In order to truly enjoy the game I have to get over the horrible optimization. It’s not game breaking, but frustrating doesn’t begin to cover it. The RPG mechanics are fun, so is the farming. While not the update to the series I was hoping for, there is still fun to be had for the die hard fans who simply have to play it. Everyone else might want to enter with care.