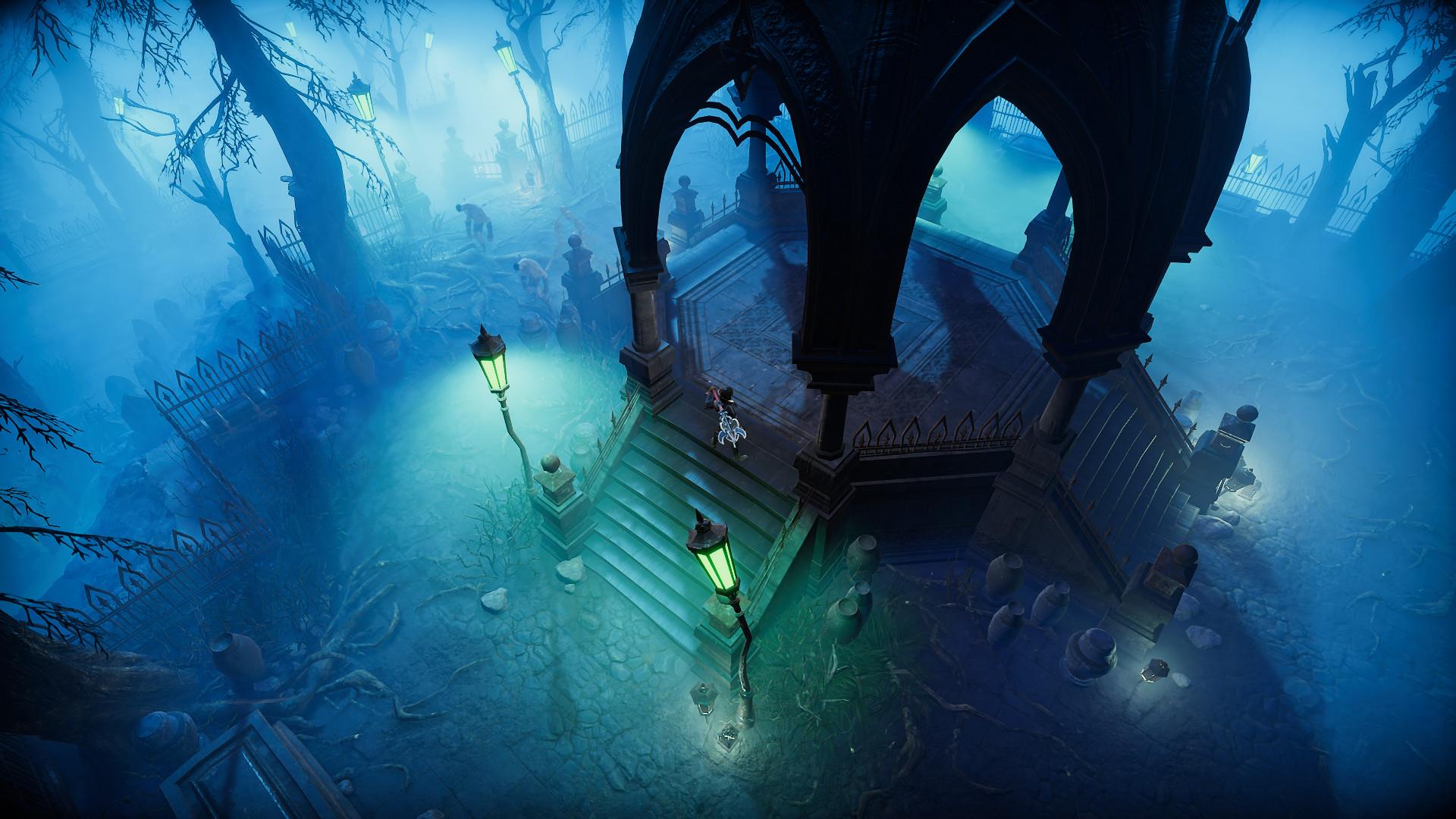 There seems to be a resurgence of vampire related games lately with Vampire the Masquerade Bloodhunt and Swansong, and now V Rising, the latest game from Stunlock Studios. V Rising can probably best be described as Diablo meets Valheim, where you play as a vampire trying to rebuild your empire in a land overrun by humans.  It is played in a familiar isometric top down view and features both PVE and PVP modes of play. The game is currently out in Early Access but features a ton of fleshed out content already. Do you have what it takes to become the ultimate vampire?

Your goal in V Rising is to build yourself a castle and expand your empire to conquer the humans and raid other vampires that also exist in your game world. The second part is optional of course if you choose to not play on a PVP server. You start off with virtually nothing, and must begin your journey by doing what you would do in every other survival game: chop down some trees, gather some plant fibers, and mine some rocks. Hunger and thirst come in the form of feeding on blood. Your blood pool deteriorates over time and is used to heal yourself if you take damage in combat. V Rising does just the right amount of hand holding to tell you what to do, so you don’t feel like you are spoon fed directions or feel like you have no idea what to do. Aside from engaging in combat and building your dream castle, there are also NPC merchants to find and interact with, fishing to be done, as well as farming. The game almost feels like Runescape in a sense, as it shies a few inches away from feeling like an MMORPG. 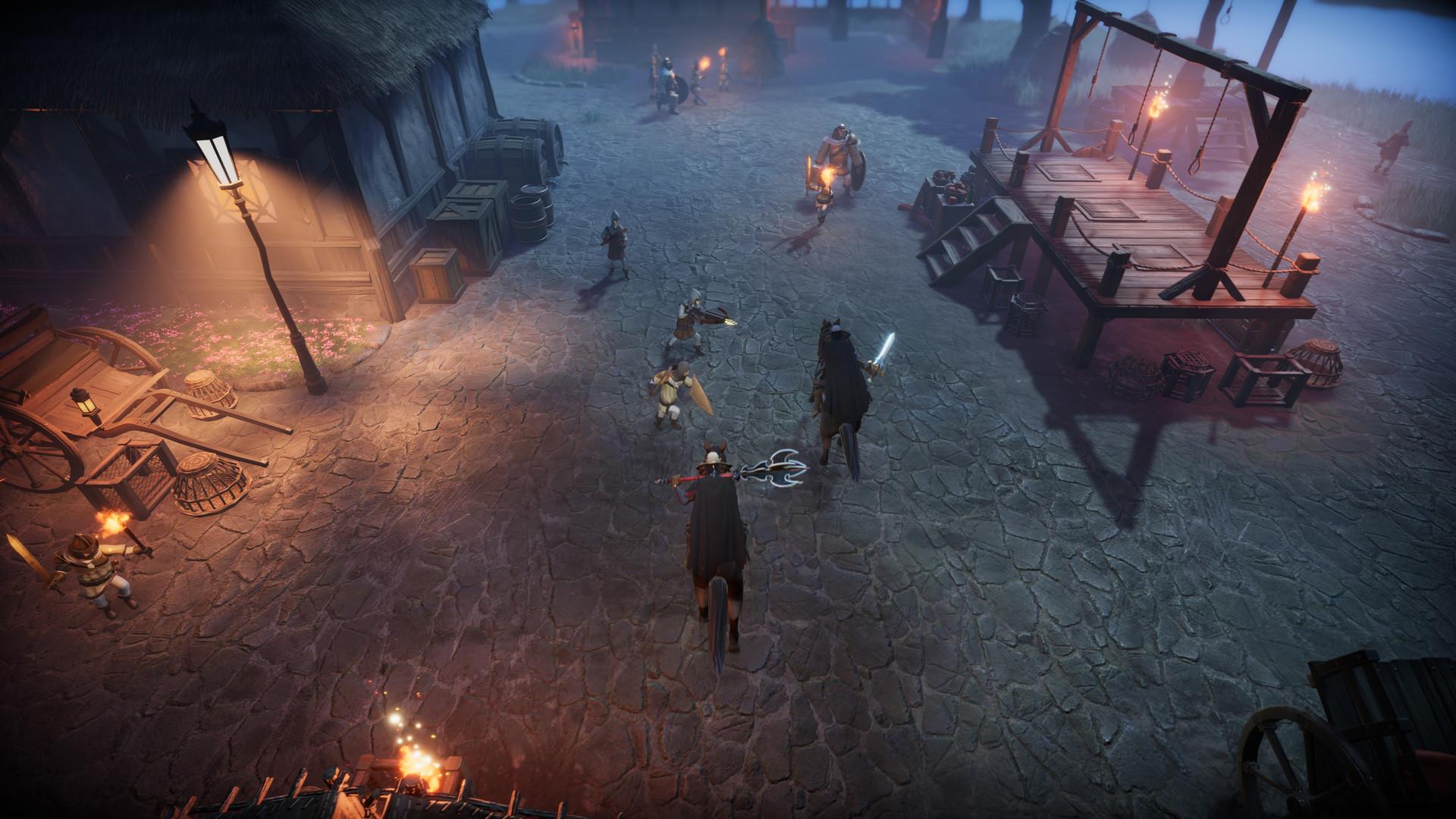 So far, the game doesn’t feel too grindy, but better travel options could be implemented. Traveling on foot feels super slow and boring. You do get to transform into a wolf which has higher movement speed and a horse later on, but both don’t feel that much better. Fast travel teleportation stations can be built, but you can’t use them if you have any resources on you. I will say that your buildings process materials super slow, so it is in your best interest to build multiple of one type of processor for better efficiency. For example, the grinder that turns stone to bricks takes upwards of a minute just to do so. The servant coffin to convert a human into your servant takes an hour and a half to complete.

V Rising does weave in some interesting combat mechanics, with three active and up to two weapon skills to use. Progression is locked behind research blueprints that are awarded from boss hunts. Equipment level determines how strong your character is. This game does not have a level up system a traditional role playing game usually has. The better gear you craft and equip, the more challenging enemies you can take on. Dying results in you dropping your entire bag that you must pick up again. The world is not procedurally generated and currently there is only one map for all players to progress through. Granted the map is decently large and handcrafted, I can foresee it getting stale in the future so hopefully there are more locations, skills, bosses, and gear in future updates. 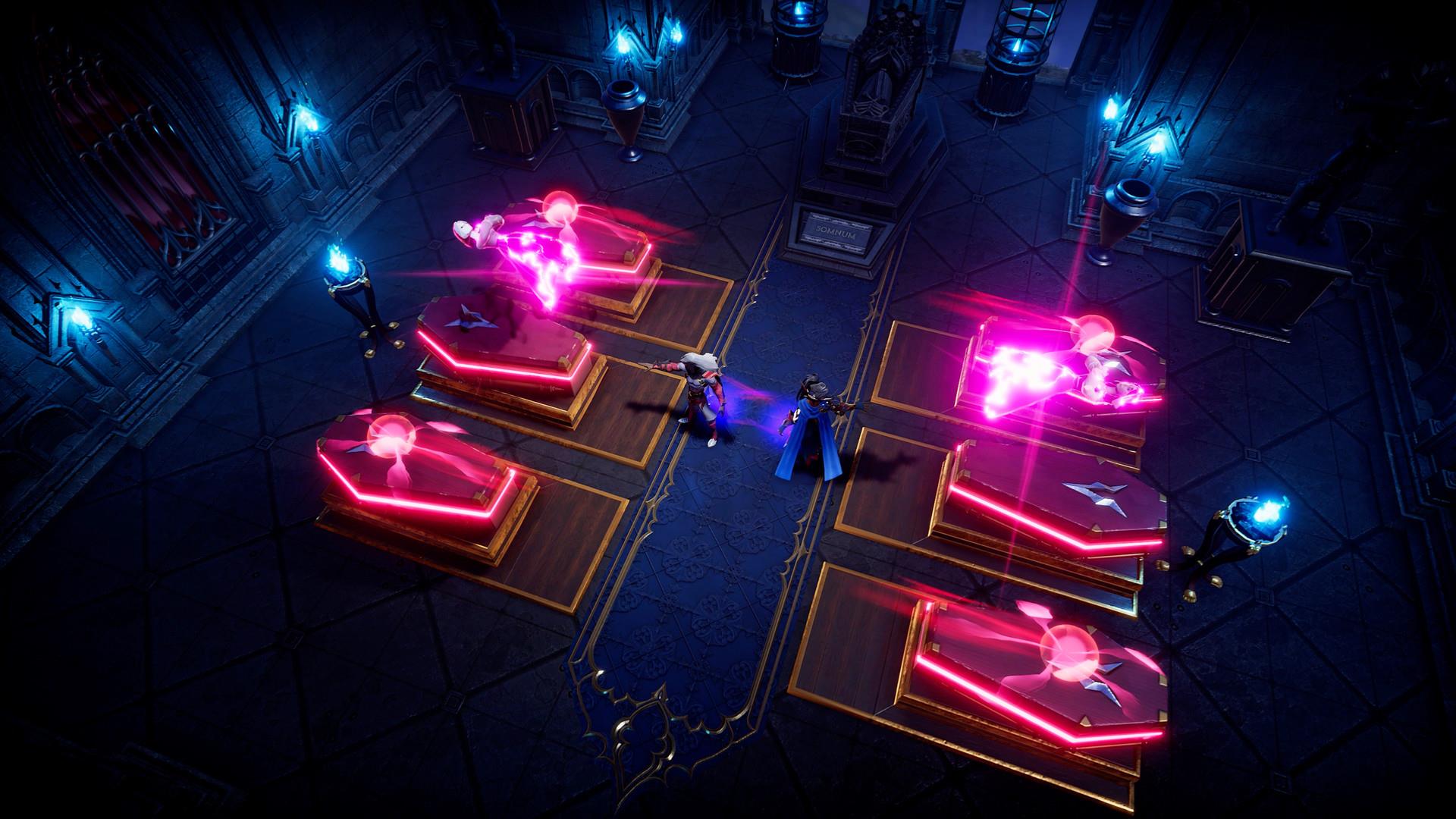 Stunlock Studios does a fantastic job immersing you into what it really feels like to be a vampire. There’s a day and night cycle featured in the game, and as you would have guessed, the sunlight during the day time will burn you to death. Humans will put up patches of garlic near their villages to ward you off and as you progress further into densely populated human cities, they will utilize holy water against you. As a vampire, you need to suck some blood, and the mechanic of bloodsucking is effortlessly baked into the game’s mechanics. Every enemy has a blood type, ranging from a “worker” type that grants you bonuses to harvesting or mining to a “brute” type that gives you a stronger edge in combat. Each blood type also has a potency, so the higher potency blood you consume, the more perks you get from that blood type. Defeating bosses and sucking their blood grants you with the boss’s skills, such as a chaos charge or ice arrow. There’s plenty of build variety and customization available for your vampire warrior to experiment with.

There are some concerns on the technical side of things though, as V Rising can only be played online. You are allowed to host your private server, but you still must be connected to the internet in order to play the game. Server hosting is also P2P, as Stunlock Studios do not have any dedicated servers to persist your game world like it would work in an MMO such as New World. You do have the option to rent a server from a 3rd party company known as G-Portal but there are some hurdles to get through because it is not the most intuitive. The most annoying issue is that the progression your character makes only persists on that one server. If you join a public server and one day that server is pulled down, guess what? You just lost 20+ hours of hard work! Valheim was much better in this sense as your character progression persisted, just not the base that you built in your world, which makes much more sense. I hope Stunlock Studios implements something similar in the near future, as it saves a lot of headache from restarting over and over again. 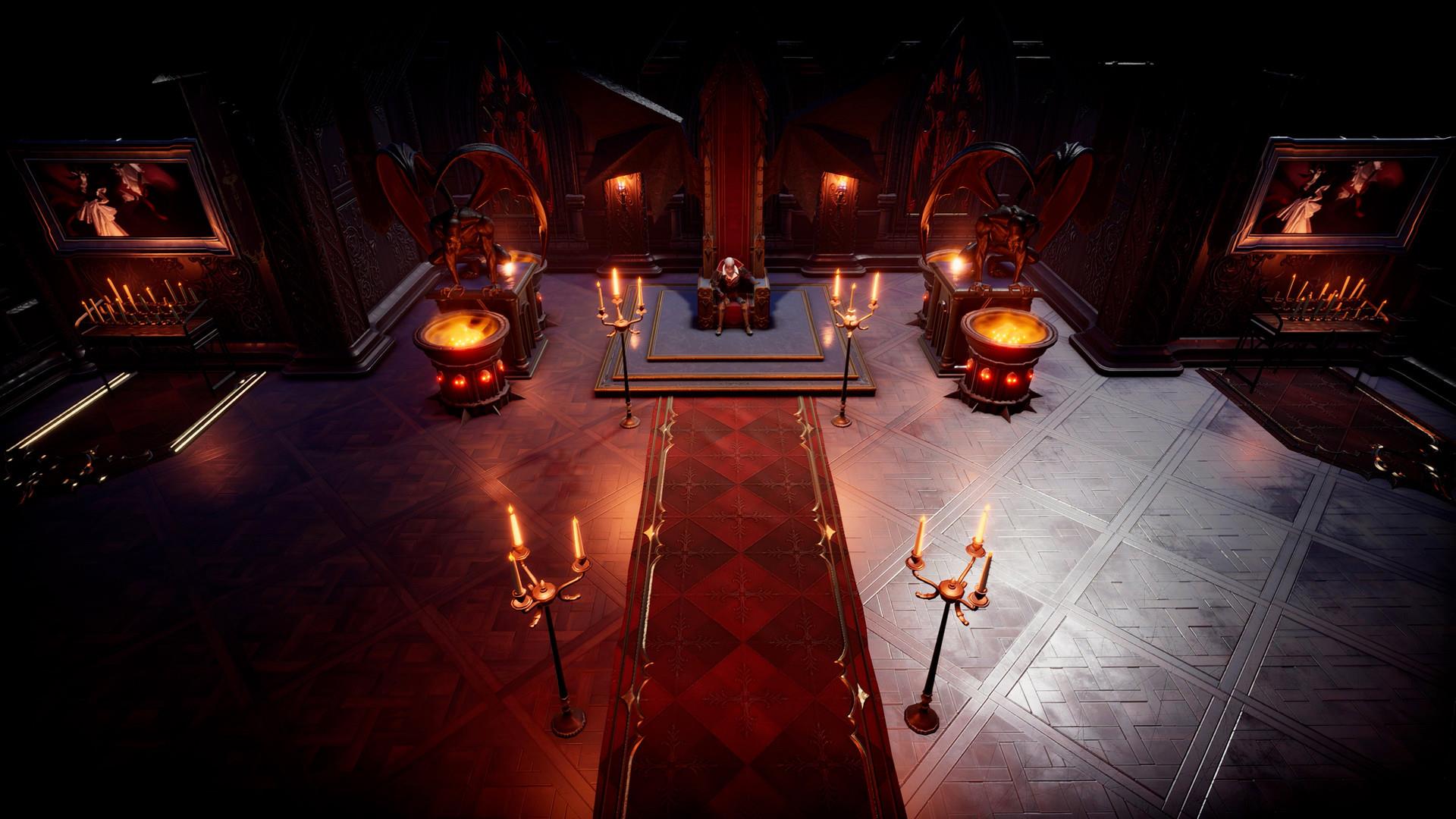 V Rising is in an excellent state right now, with plenty to do, a satisfying gameplay loop, and the ability to play with friends. There are many quality of life issues that need to be addressed, and hopefully a stream of new content is planned for the year ahead. The game is available now in Early Access on PC via Steam for $19.99.