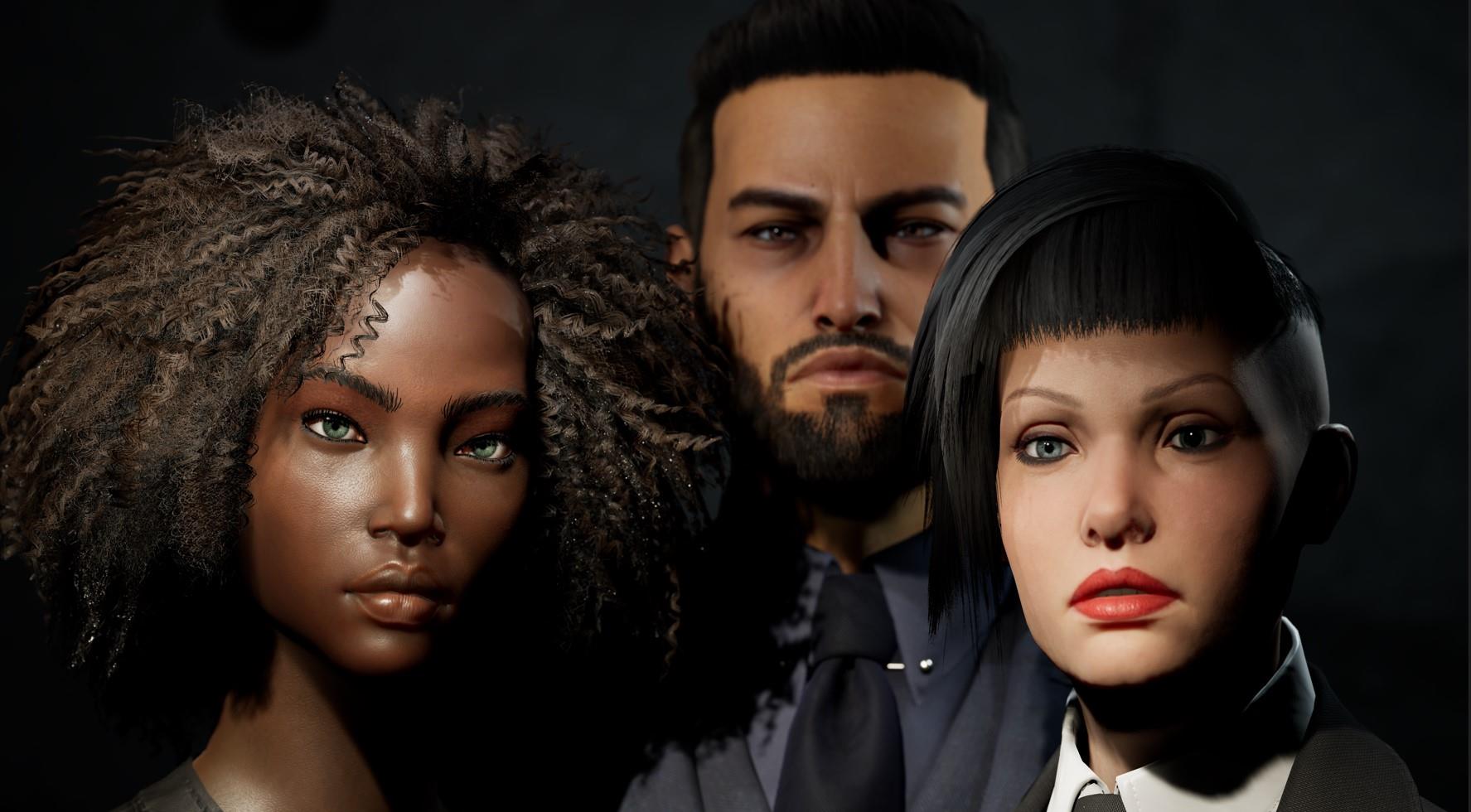 Written by Elliot Hilderbrand on 5/18/2022 for PC
More On: Vampire: The Masquerade - Swansong

Vampire: The Masquerade - Swansong, what a handful of a name. Hopefully we’re all good with just saying Swansong from here on out. Swansong is based on a tabletop RPG Vampire: The Masquerade, which fits into the larger tabletop RPG world known as World of Darkness. I only know this because my wife played the game back when we were in high school. She liked to play as a were-shark; think of a werewolf, but a shark. Sadly there are no were-sharks in Swansong, mostly just vampires. The Masquerade part focuses on the cover up being done by vampires. As in, convincing the world they don’t really exist.

In Swansong you are thrown right into a situation. A Code Red has occurred. That means a major issue that threatens the masquerade has taken place. There’s no time for you to learn about your surroundings or what just happened. You have to learn about the incident as you play. All of the vampires in the area are forced to seek shelter at their designated safe house. Yours just happens to be with the Prince and the Primogen.

Does it sound confusing already? There are a few more phrases I could throw in like "Diablerie" or "Blush of Life". There are so many unique in-game terms that a Codex exists. At any time you can pause to the menu to read the Codex. After a few hours of playing I had well over 30 separate entries in the Codex I could look up to learn more about. To get a true understanding, I felt that the Codex was required reading to play the game correctly. I am sure that for fans of the series most of the information in the Codex is old news to them. But to someone whose only relation to the series is teasing my wife about playing as a were-shark in a tabletop RPG when she was 17 it felt a bit staggering. I might have had a better time early on if I knew more about the pre-established world I was playing in.

Thankfully the further I progressed, the less I need to educate myself on new terminology, and the more I could focus on the story and path of my characters. I say characters because you actually play as three different "people". The tales of the three weave back and forth. Decisions you make with one character can be felt by the other two. If you choose to lie as one character you may have to either rat them out when you play as another one, or keep the lie going. That could result in a negative impact on the second character, and nothing actually happening to the one who did the lie in the first place. 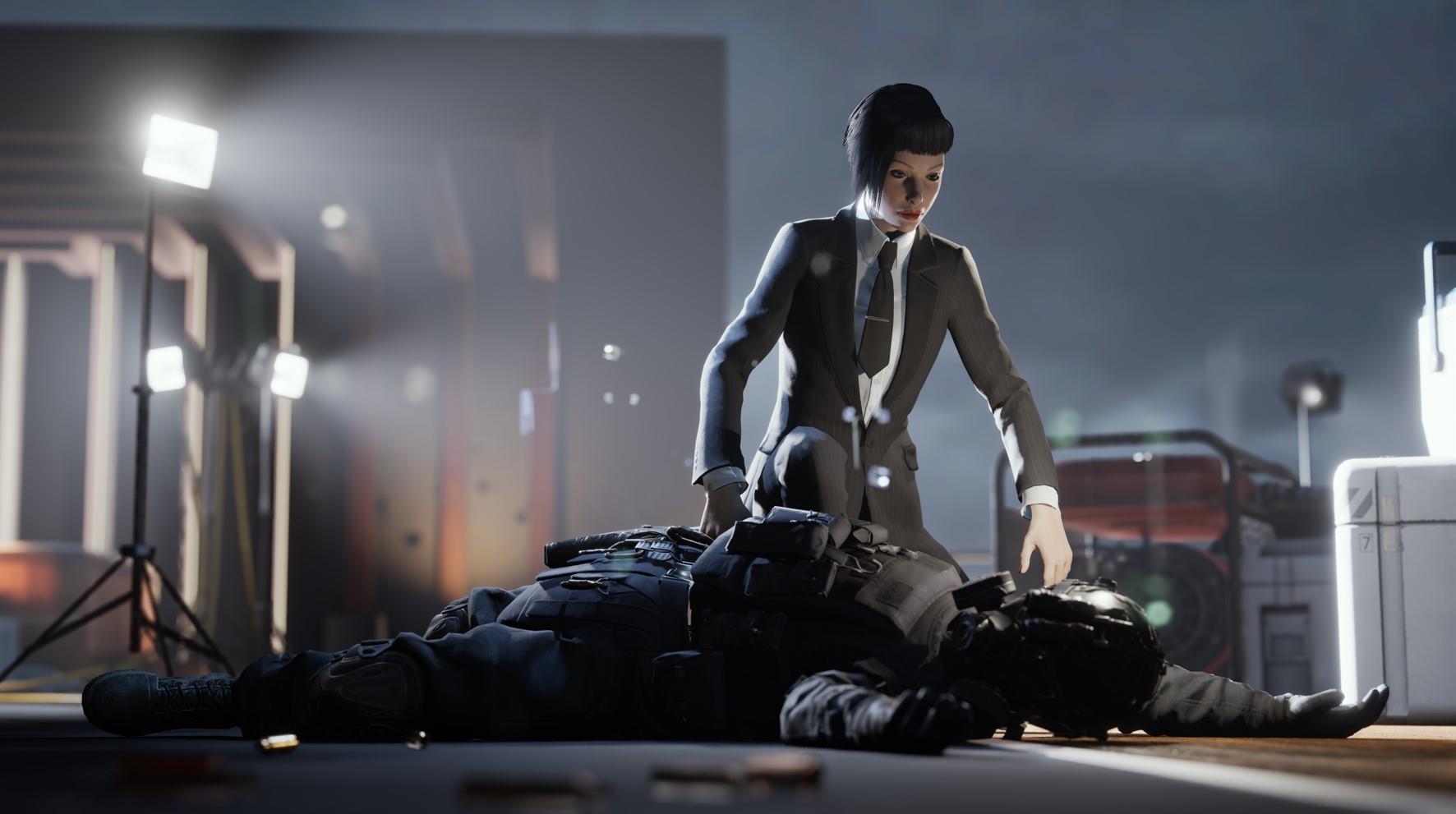 I was a bit unsure how to take a game with three main characters you swap back and forth between. Each of the three characters are completely different people, each with unique play styles. Leysha, for example, can turn invisible. She also has a mysterious past that unravels the further in you get. Emem is pretty like a rose, thorns and all.  And then Galeb. He’s the oldest of the three, and he’s essentially the fixer for the Prince. I never fell in love with any one character. Each of them is either a bit of a jerk, or just so far detached from reality that I never felt a connection to them. That’s not to say they aren’t well thought out and interesting people, because they are. I liked to see where their stories went. I never fell in love with any of the game’s three main characters, but I don’t think I was meant to. None of them are very redeemable, they’re blood sucking vampires after all.

In fact, the story here is fantastic. Uncovering what really went down to force the Code Red makes for gripping storytelling. The writing for Swansong felt captivating. I was always interested to see where it was going next. Up until the end I had very little idea where it was going to go or how it would all play out. Swansong plays out in scenes, much like the tabletop RPG it’s based around. Walk around, talk, collect your clue, and then move on to the next. Each scene ends with an overview of your accomplishments, failures, and what you could have done differently. I enjoyed a recap of seeing what I missed out on, or could have done differently. I also never felt rushed to finish a scene, always having more than enough time to look around and do everything I wanted to before moving on. 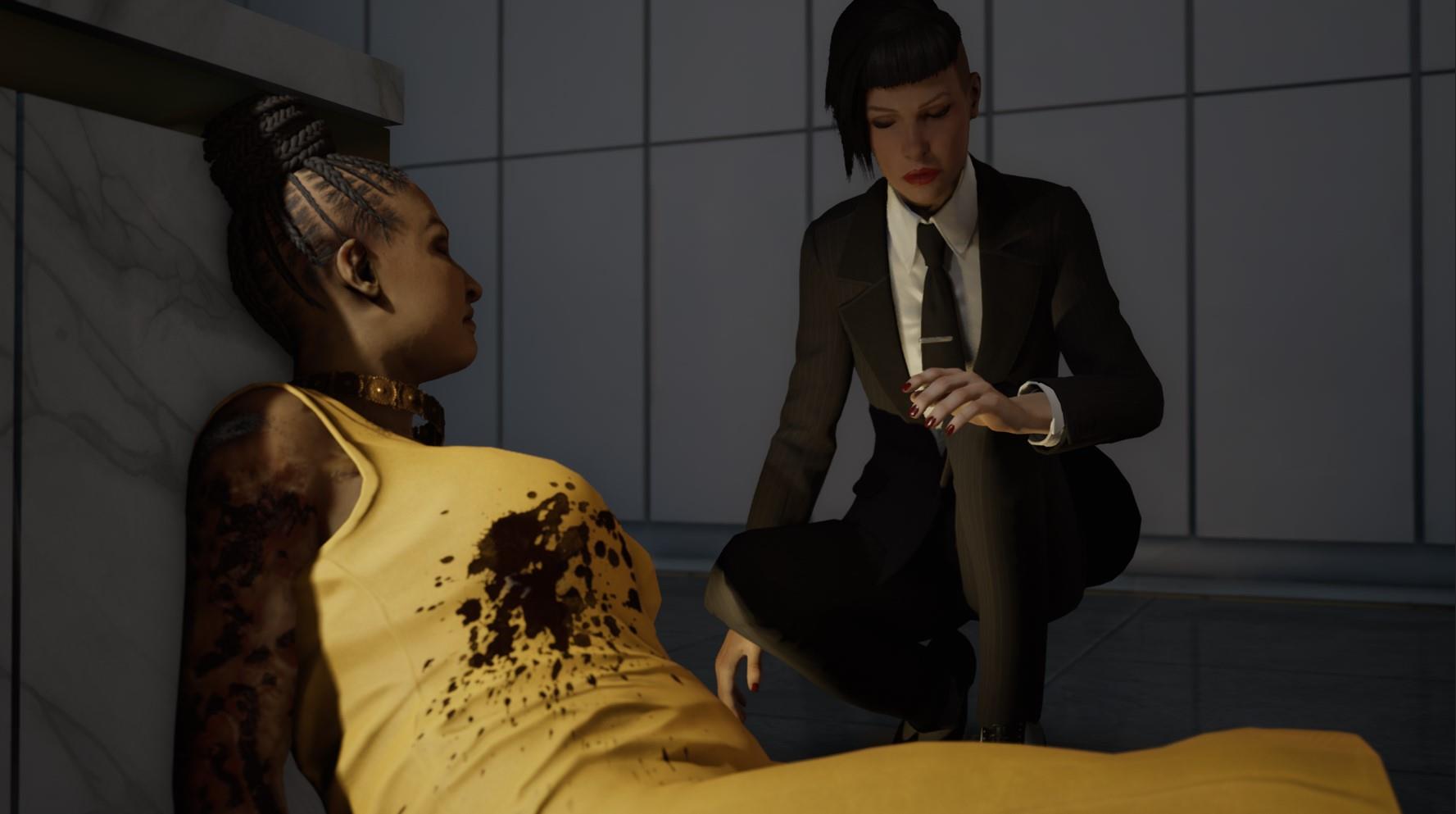 As good as the story telling is, the production values feel a bit off. At first glance Swansong is pretty to look at. The sets you walk around fit the mood perfectly. Dark, grim, lifeless, just like the vampires you play as. But then the characters begin to walk, or flail about during a conversation, and I’m turned off. I also attempted to not make eye contact with any of my characters because their eyes are as dead as them. Watching characters walk, or the terrible light-jog thing they do is insufferable. Everyone who runs in this game looks goofy doing so.

The voice acting isn’t great either. The voice acting for the leads Leysha, Emem, and Galeb is fine. However, some of the side characters are laughable at times. The inflection on some of the characters, like the Prince, immediately takes me out of the situation. Some words are spoken softly, and then yelled in the same sentence without needing to be. 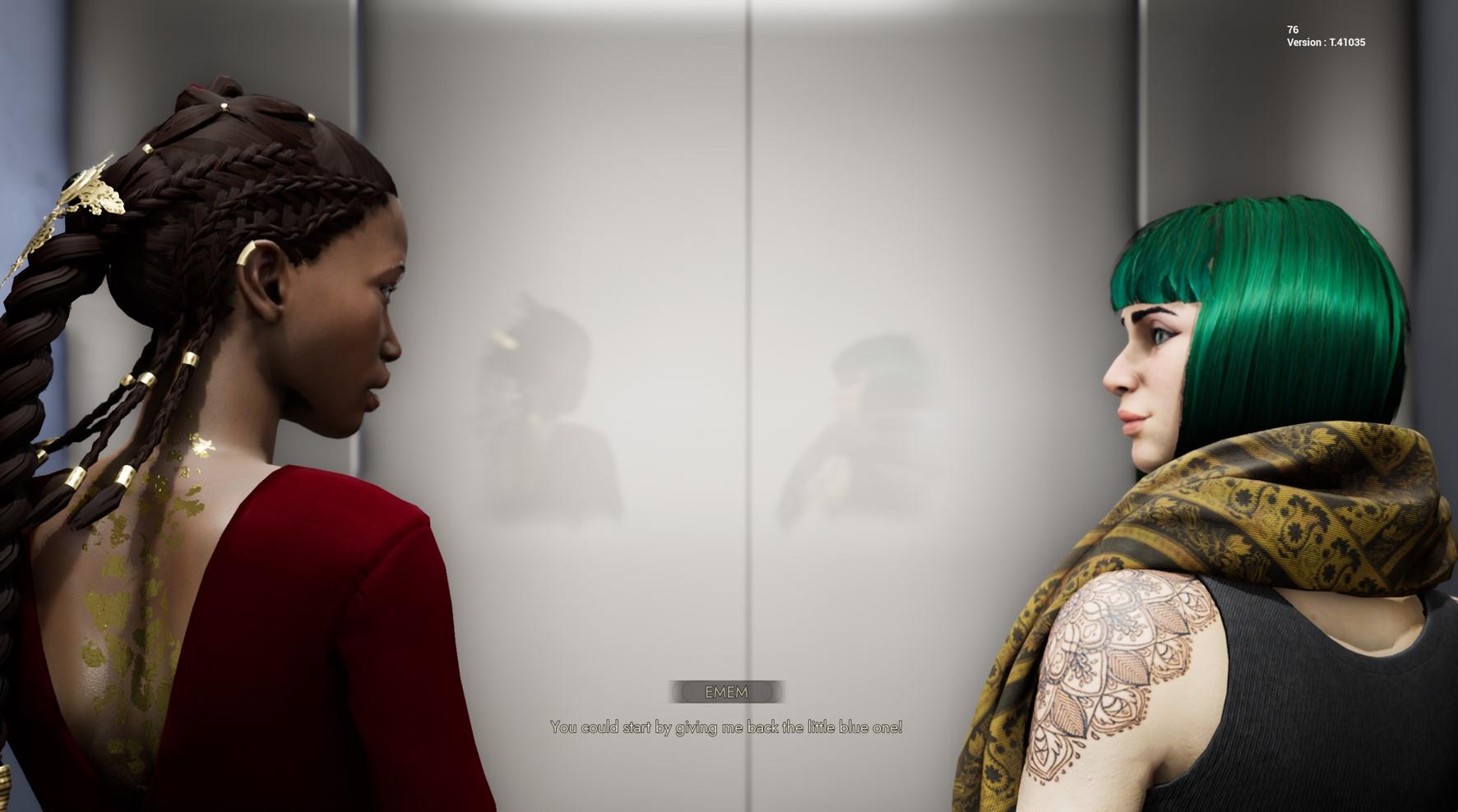 In a game of making choices I was hoping that those choices would actually amount to something. I always feel a little cheated by games that only show you the illusion. But it is safe to say that it does matter in Swansong. If you choose not to share information you’ve learned with others it can come back later and make other conversations more difficult. Choices aren’t always easy either. I found several times I would make a choice I thought was right, only to be mad, sometimes seconds after making it, knowing I probably messed up.

Lastly I love how the game stays true to its tabletop roots. Character sheets exist, although a bit more modern. Traits, abilities, are all being tracked, same with leveling your character. The disciplines, choosing how you want to make your character, be it more verbal combat, or deduction based when searching. I found myself going in different directions for each character. Since Leysha could turn invisible I made her terrible at intimidating someone, that was Galeb’s job. 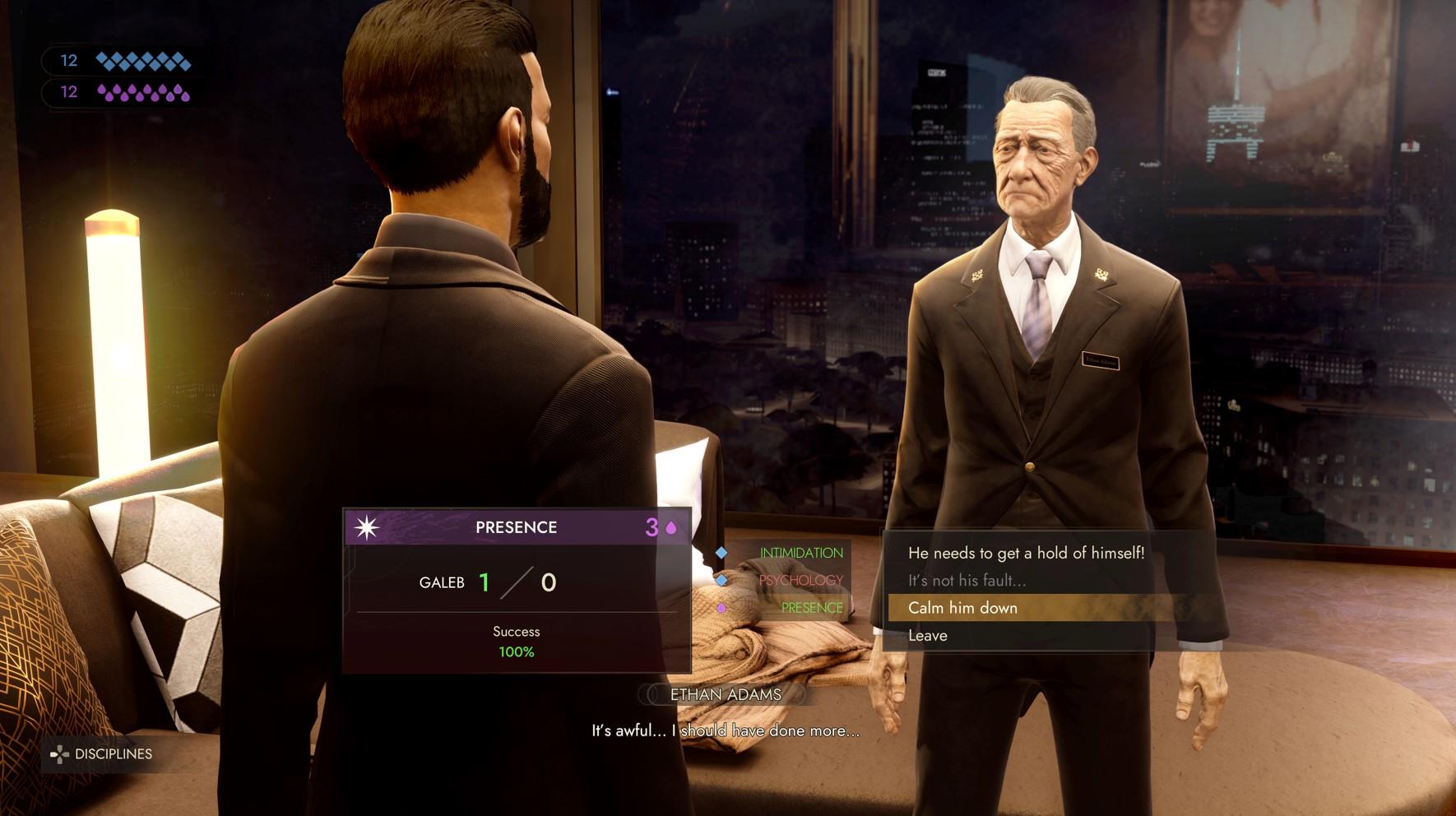 There is a little bit of a hill to get over to truly enjoy Vampire: The Masquerade - Swansong. Character animation looks stiff, and some of the dialogue sounds like it was done in one take. On top of that is  the extensive lore that has been building since the table RPG came out in 1991. Once you crest that hill though, it’s a roller coaster. A gripping story that had me second guessing my decisions the whole time. There are also plenty of RPG elements in the choices I could make with my three characters that I was able to overlook and have a great time.

While the visuals and voice acting didn’t sell me, there was plenty else to sink my fangs into. Choices. So many different, split second choices that made me feel that what I did mattered. A story that kept me searching out clues to find what was really afoot, and great RPG elements too. I was a bit unsure how a game would handle three main characters, and while they’re all kinda jerks in their own ways, they’re my jerks. I was able to overlook any issues I had without having to sacrifice much to do so.