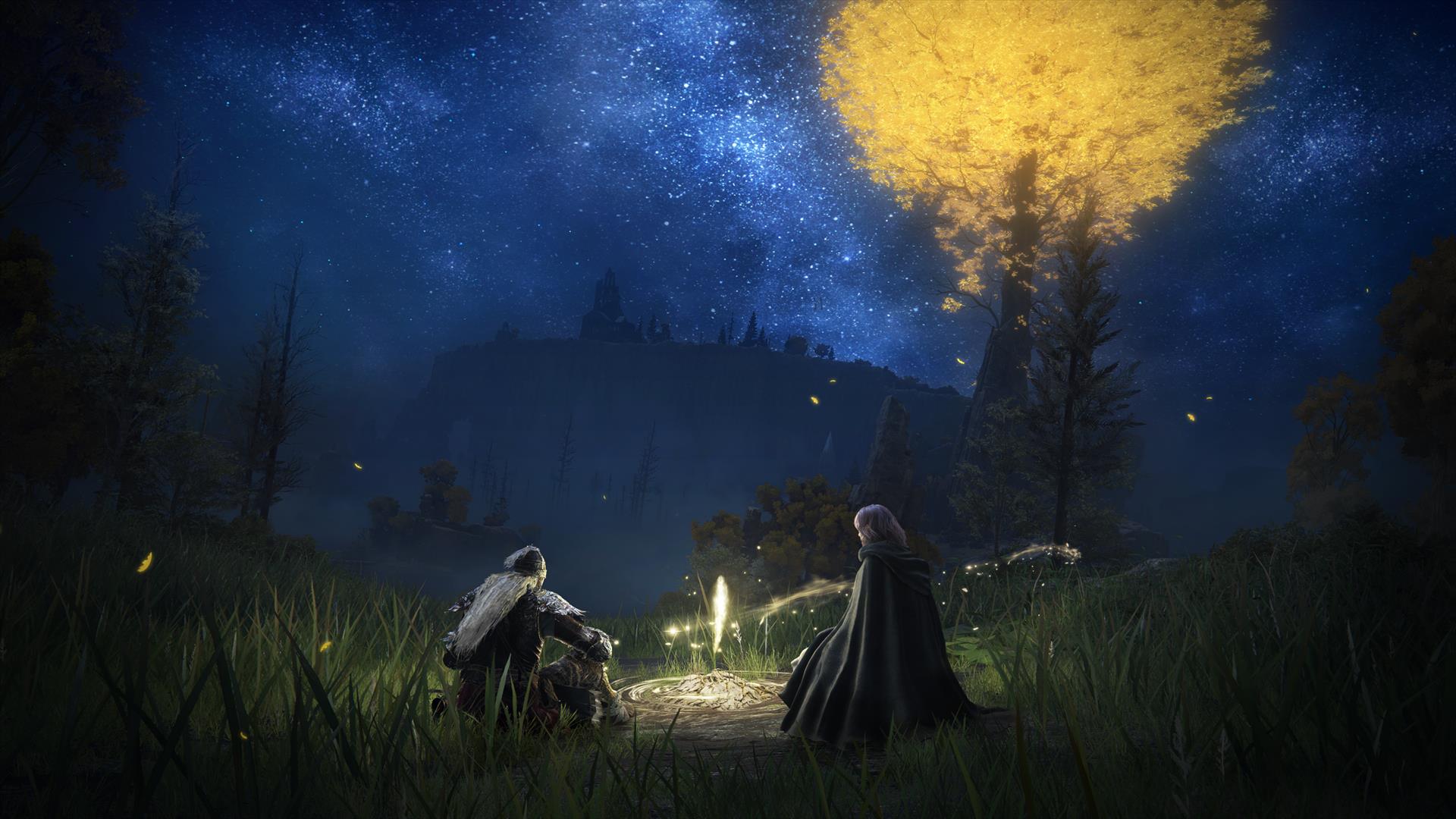 I’ve played through the entire Dark Souls Trilogy, along with Bloodborne and Sekiro. It took a lot of blood, sweat and tears, but I came out triumphant and have been insanely captivated by the "Souls-like" genre of gaming ever since. Since the announcement trailer teased at E3 2019, I found myself anxiously waiting for the arrival of Elden Ring, FromSoftware’s newest project in collaboration with renowned author George R.R. Martin. This is, without a doubt, my most anticipated game of 2022, and now that it’s finally here, words can’t express how excited I am to share my thoughts.

Elden Ring is an unforgiving open-world action role-playing game set in The Lands Between, a dark fantasy world. You play as a descendant of the Tarnished, a group of heroes exiled from The Lands Between. The fragments of the shattered Elden Ring were spread among Queen Marika's descendants. You set out on a journey, led by long-lost Grace, to battle this world's former heroes to become the new Elden Lord and restore the Golden Order. 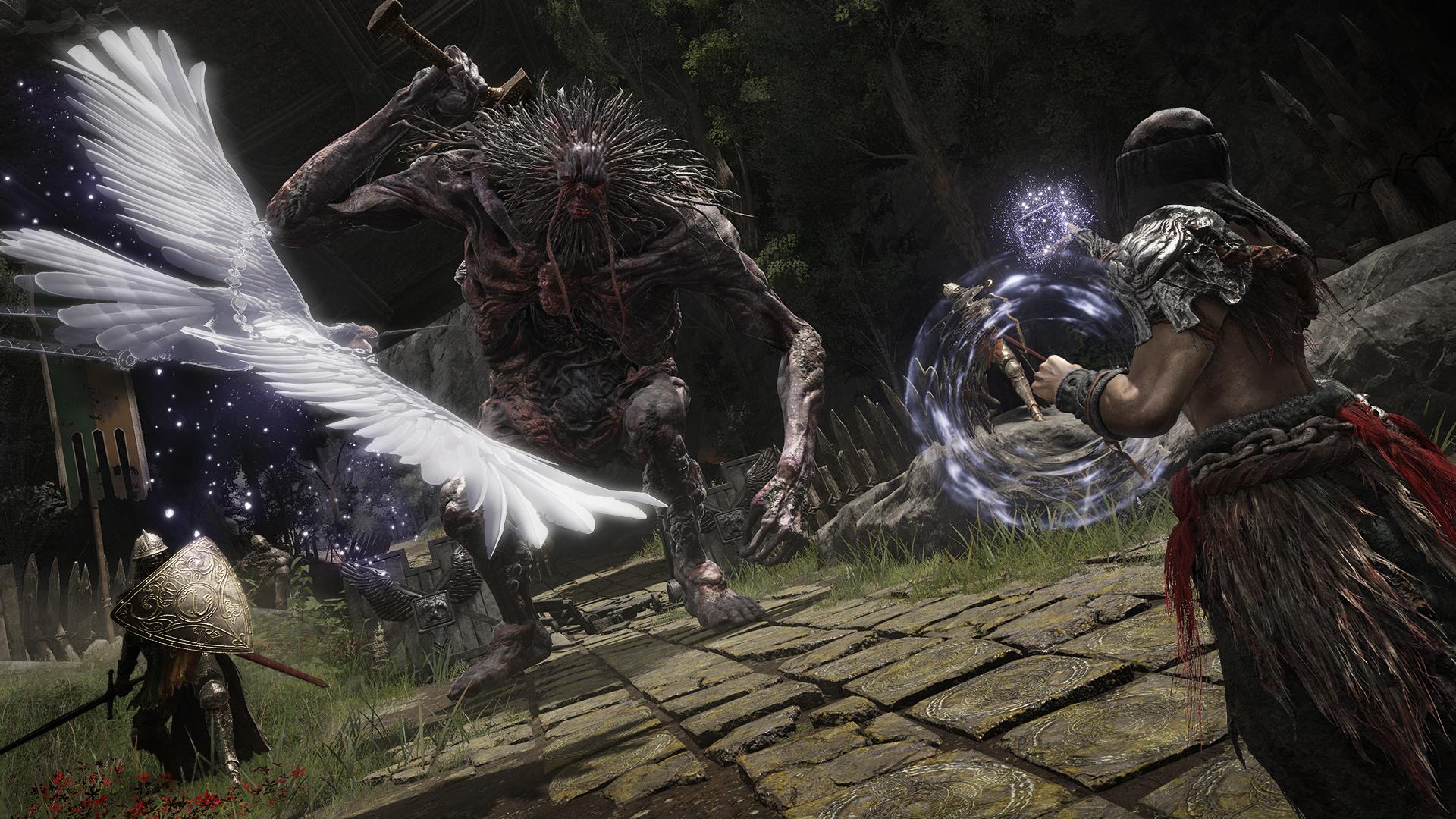 After booting up the game for the first time, you're confronted with the most complex character builder yet seen in a Souls game, as well as the chance to choose from one of ten initial classes. From the dual wielding warrior to the faithful prophet, it's great to see so many different builds that cater to various play styles. The sheer amount of customization allows you to be whatever you want to be, from customizing facial features and body types to skin colors and tattoos. This gives off the true feel of a role playing game as the options are bound only by your imagination.

With no potions and barely any HP, you are then dumped into an arena with a massive grafted boss. This boss, like the ones featured at the beginning of Demon’s Souls or Sekiro, is designed to kill you. It’s a nice reference and style to FromSoftware’s previous games. After an optional tutorial area, The Lands Between is now open for you to explore to your heart’s content. 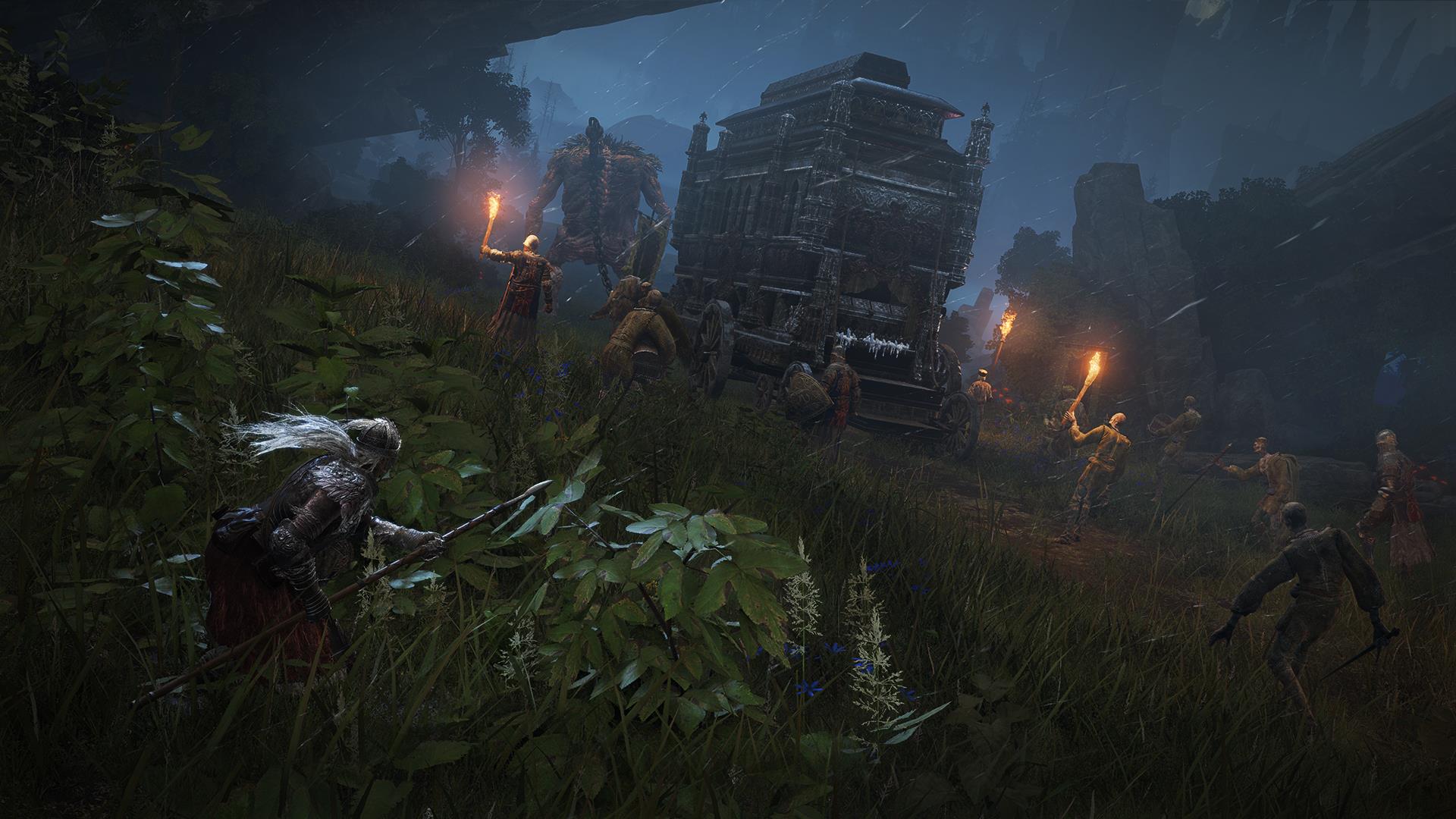 At first, the world can be intimidating and overwhelming, but map shards and the Grace will point you in the right direction. The game does a fantastic job of gently guiding you in the right direction without outright telling you what to do. This is also obvious in the game's plot, as cutscenes are sporadically interspersed throughout the story, leaving you to piece together the rest of the background through contextual hints and object descriptions. FromSoftware does an excellent job at making an interconnected world oozing with personality and style.

Elden Ring is possibly the most gorgeous FromSoftware release to date in terms of aesthetics, with superb visuals and artistic direction. In comparison to Dark Souls, the palette employed here covers a wider range of colors, with warmer and brighter tones. The game also has a day and night cycle, with glowing Erdtrees beautifully illuminating the skies at dusk. There are also enough environments that scream Lovecraftian horror and grotesque architecture - a treat for those who hunger for a taste of Bloodborne. From the facial details on an abandoned painting to the ridges on the armor of an undead soldier, there is an incredible amount of detail everywhere you go. Residents of The Lands Between can also engage directly with environmental objects, such as ancient titans breaking down buildings and elemental dragons burning down trees. Performance on the PlayStation 5 is excellent, with near instant loading times and a gameplay mode that prioritizes smooth and stable frame rates. 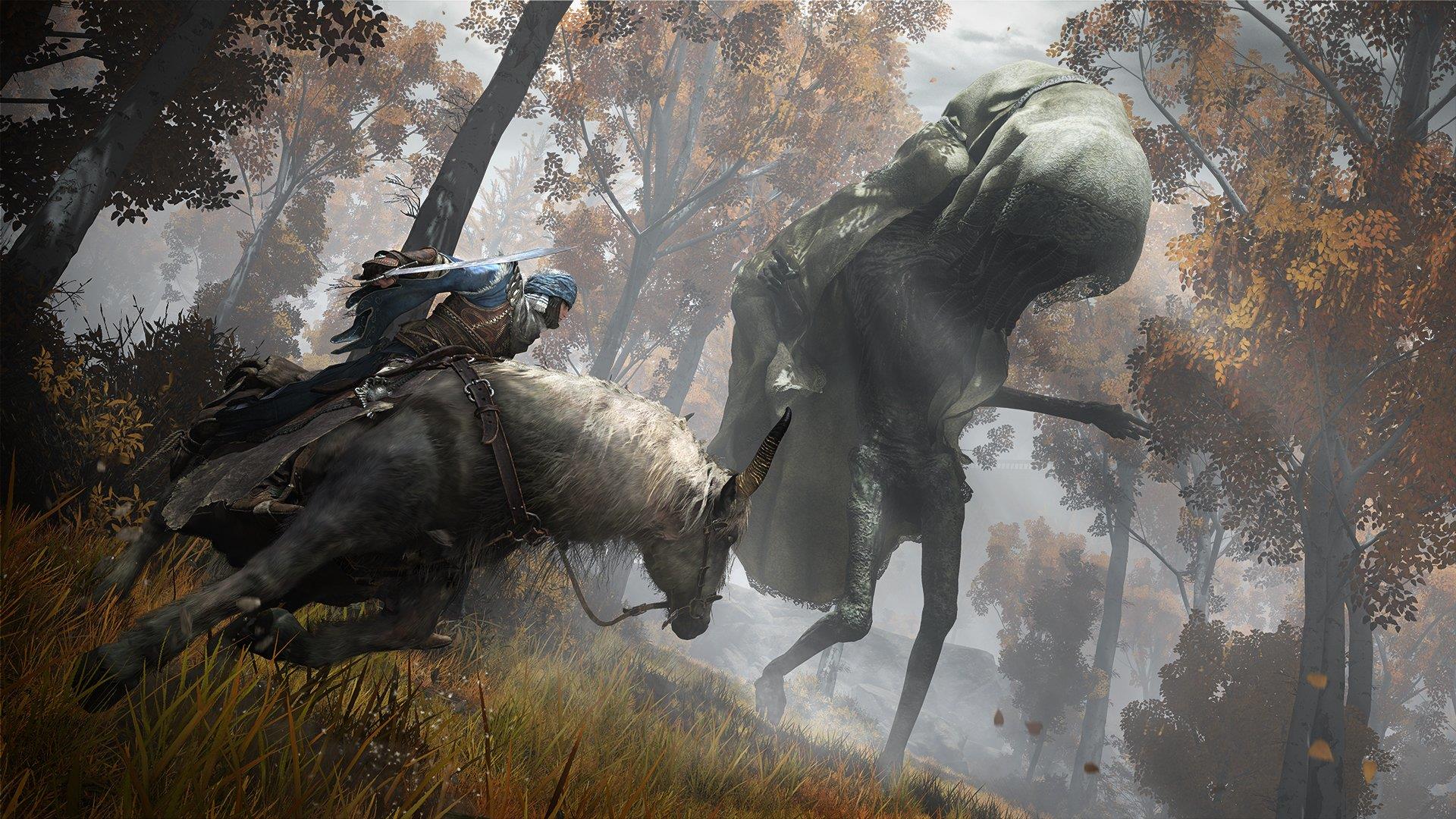 With a terrifying yet majestic soundtrack, FromSoftware does not disappoint, immersing you into each area, encounter, and fight. This is notably noticeable during major boss encounters, with grandiose choral and orchestral music that fits in like a puzzle piece with the story's backstory. The Lands Between is huge and expansive, with an unfathomable ambient atmosphere, as evidenced by the OST's sixty-seven tracks.

Open world games are difficult to build, and many are criticized for copying and pasting reused assets to fill in an empty map. Elden Ring, on the other hand, takes a different approach, with dramatically different landscapes filled with hidden dungeons and foes. There are no fetch quests or kill assignments; instead, there are strategically placed secrets and characters for you to interact with. Despite the fact that many caverns and catacombs appear the same visually, each has its own unique set of puzzles, opponents, loot, and obstacles. 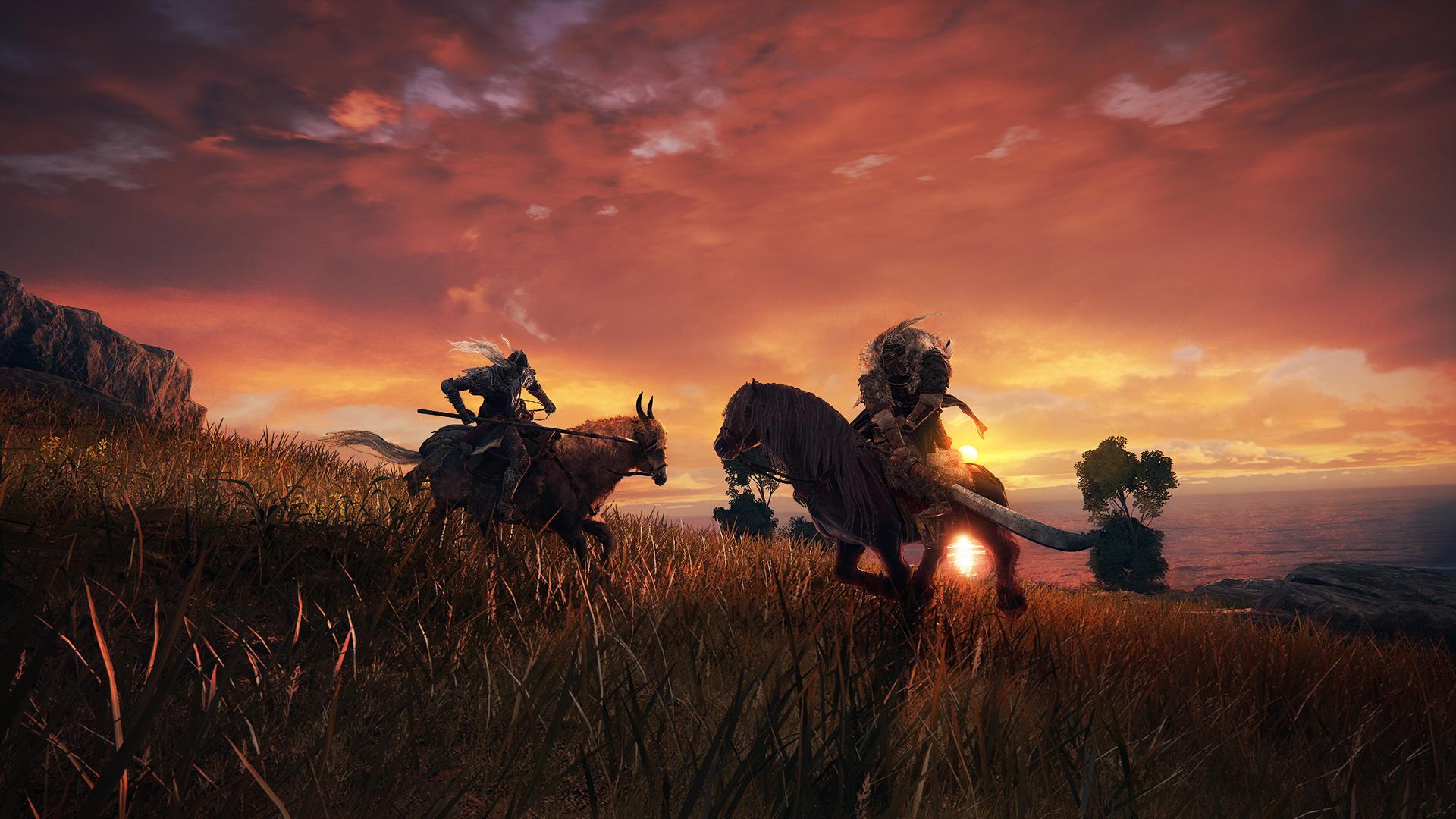 Many of the secondary characters have their own motivations and agendas, which could affect the outcome of the narrative. Exploring the overworld never felt boring or tedious to me during my whole playthrough since I was motivated by my own curiosity and a glimmer of hope for finding hidden wealth. Exploration yields a lot of runes, as well as legendary weapons and armor. I wasn't kidding when I stated the Closed Network Test was a fraction of the full game. Limgrave's introductory region is merely a small portion of The Lands Between, and there are plenty of secrets stashed away that I have yet to uncover. This universe is brimming with numerous factions and monsters, and you are but a passing tourist.

Elden Ring's fighting is undoubtedly a significant improvement over and evolution of Dark Souls' original brutal battle system. A myriad of new mechanics - including stealth attacks, item crafting, guard breaking, jumping, and spirit summoning - have been added, transforming the way conflicts are approached. Jumping has also consciously changed level design by bringing verticality into the scene. Power stancing and weapon arts make a welcome comeback from earlier games, and fans of the Souls series will definitely recognize the basics of fighting. 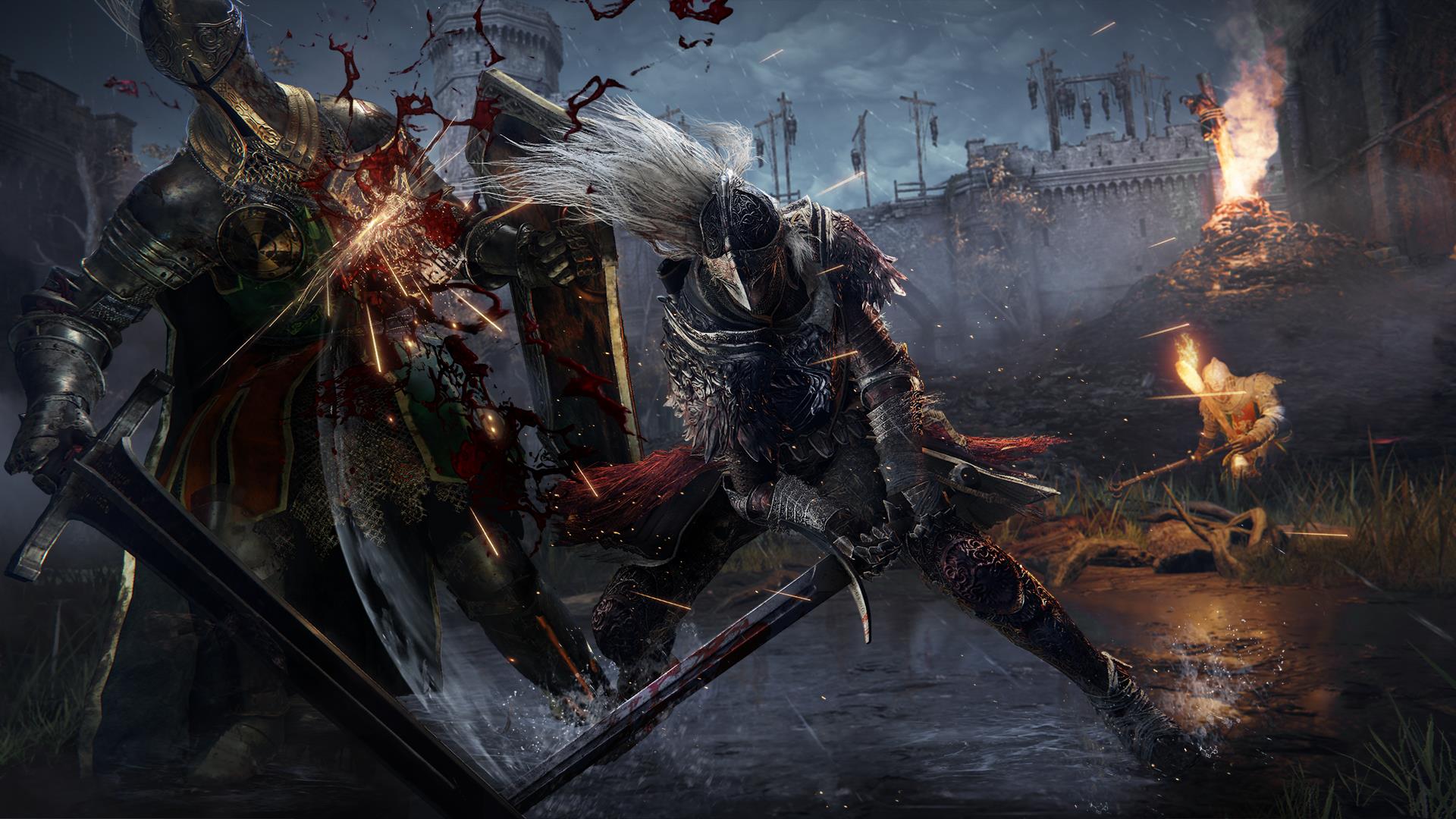 While a slew of new elements have been added in an attempt to make the game more accessible to newcomers, the core of battle remains difficult and brutal. Many bosses will still one-shot you with a single swing, or mobs will manage to hit you through a wall. However, while the game is demanding, it is also fair. Elden Ring provides you with plenty of tools and opportunities to learn from your mistakes. It can be aggravating at times, but each death teaches a lesson. Don’t be afraid to call in a friend for a co-op session either! There’s no shame in that.

Many FromSoftware games have been panned due to their steep learning curves and difficulty levels. With the aforementioned new mechanisms as well as several quality-of-life enhancements, the developers have done an admirable job of making Elden Ring more approachable and accessible. Stakes of Marika, which are checkpoints near boss battles where you can choose to spawn, have been added to alleviate the pain of backtracking. Fast travel between any Sites of Grace, the game's bonfires, is also possible. The Lands Between is vast, and even with your loyal steed Torrent by your side, getting from one end to the other would otherwise take a long time. The game wastes no time for you to get back into the action. 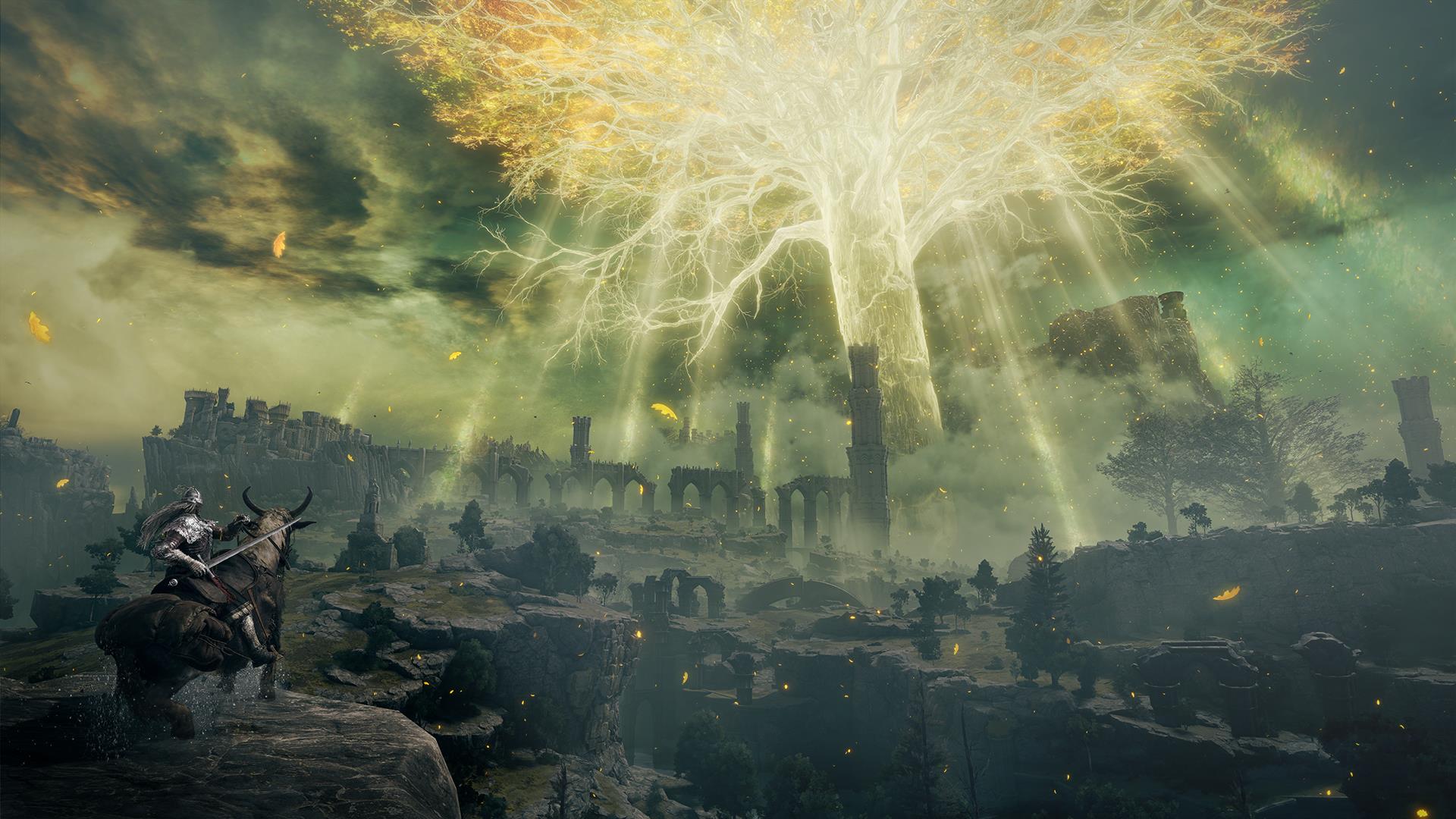 Elden Ring is the only game that has left me in such amazement and wonder. I've spent about forty hours in the game and there's still so much more for me to find and explore. I'm excited to return to The Lands Between because there are so many unexplored boss fights and hidden dungeons. Given that this was played during the game's pre-launch time, I have yet to try out the co-op and PVP modes, which are a whole other experience in and of themselves. FromSoftware has certainly outdone itself, expanding on each of its previous projects to produce a culminating masterpiece of an experience.

FromSoftware effortlessly immerses you into the beautiful world of The Lands Between, with challenging enemies, secret treasures, and deep lore tucked away into every corner. This is, without a doubt, FromSoftware’s best project yet, showcasing a culmination of all their previous games. I can’t wait to jump back in The Lands Between… See you there, fellow Tarnished.