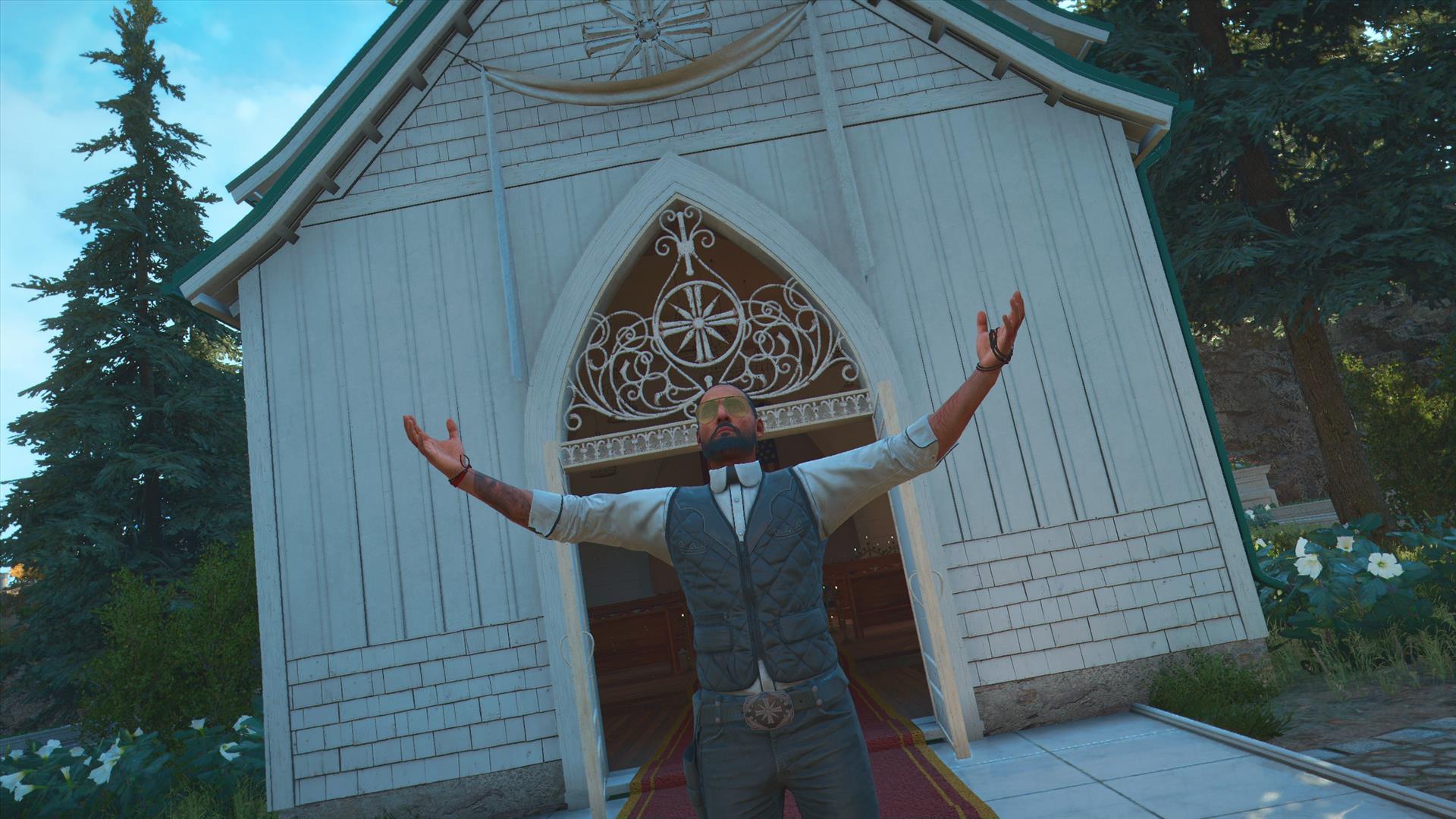 At this point, I can say it definitively - I am getting better at Far Cry 6's roguelike DLCs. Having spent extensive time with Vaas and Pagan's adventures, I knew exactly what to expect when sitting down to take on Joseph: Collapse. The maps are different, the story beats vary, but the gameplay and progression are identical. In a way, these three DLC titles can be thought of as one big roguelike; getting better at one of them will make you better at all of them. The experiences are very, very similar to one another, but that doesn't make them any less fun.

Like the other two villains before him, Joseph Seed wakes up in his own mind, torn and weak. The player must set out carefully into the landscape of Joseph's tortured psyche, slowly building up his powers through a series of events and trials. Ubisoft leans hard into roguelike structure here, as getting Joseph killed will lose all of his goodies - except for those the player has taken care to permanently unlock. This brings a great tension to the proceedings. I'm almost done with my first run of Joseph: Collapse, and I haven't died yet (as I mentioned, I'm getting better!), but every time I get close to perishing in a firefight my heart begins pounding and I start freaking out. I was very close to the end of the Vaas DLC when I fell off a cliff and died, and it will forever be one of my most rage-filled video game memories. It was a stroke of genius to apply roguelike mechanics to these games, as it brings just the right amount of stress - which is otherwise missing from the light strokes of narrative. I'm not saying that the story in these games is ineffective, there's just not a ton of it there.

It was a great experiment on the part of Ubisoft to bring some of their greatest, most beloved villains out of mothballs for these smaller experiences. These roguelikes allow players to spend more time poking around at the psyches of each conflicted, while revisiting some of the best performances in video game history. No bad guy thinks they are the bad guy (and in Joseph Seed's case, it is arguable that he really wasn't the bad guy at all), and it is fun to see scenes in these games that help sketch out the motivations, origins, and internal conflicts in each of these characters. It doesn't hurt that using the same mechanics likely saved Ubisoft quite a lot of time and effort, while still delivering experiences that feel curated and fresh. 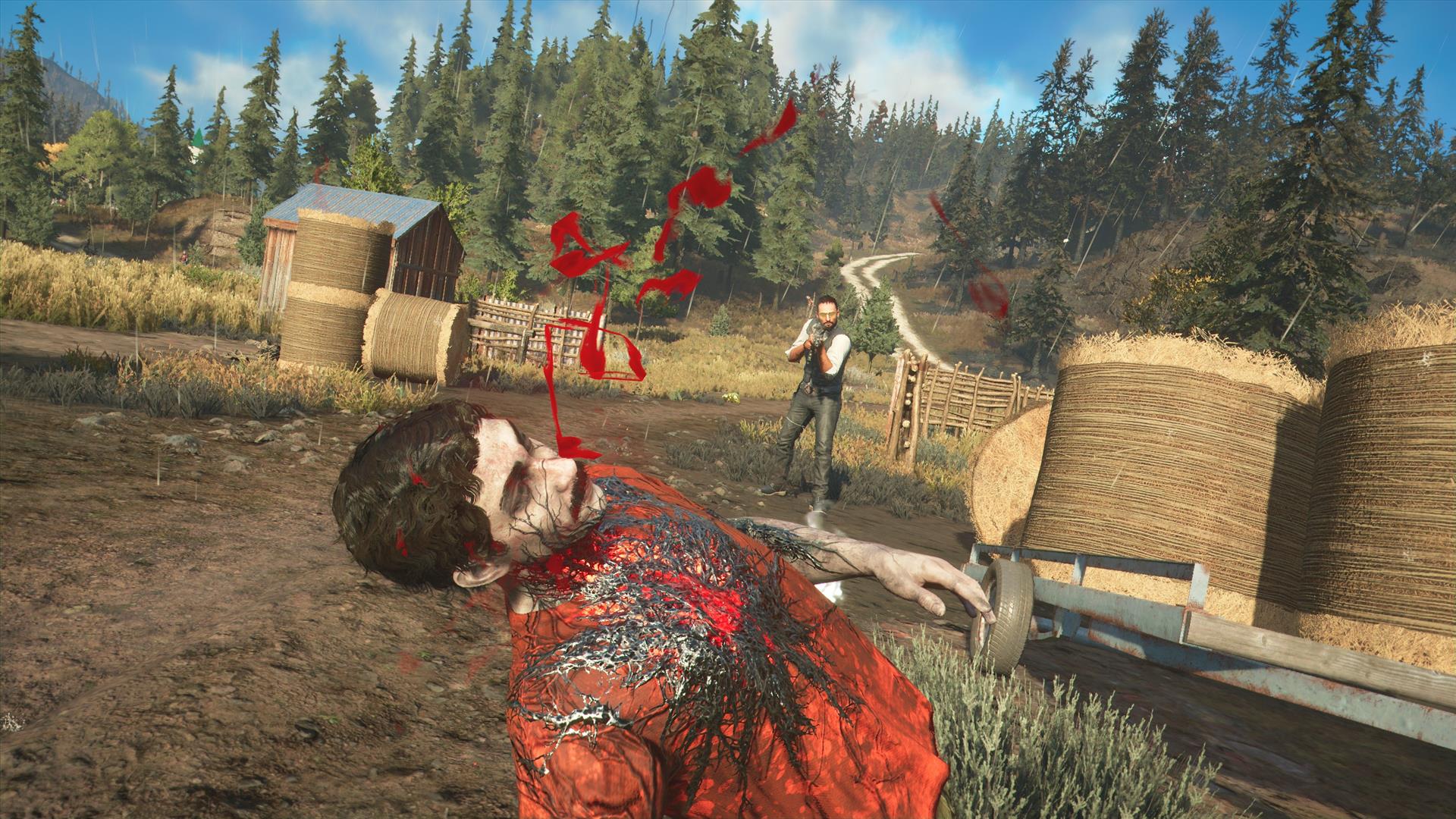 I've spent a lot of time playing and writing about these DLCs, and I don't want to spend a bunch of time rehashing things I've already said. You can read my review of Vaas: Insanity here, and my musings on Pagan: Control here. I don't have a ton of new things to say about Joseph: Collapse, other than to note that it once again features a stellar performance from Greg Bryk (who sounds much more calm in this game than I remember him being - he's far more deliberate than the other two raving psychos), probably the Far Cry villain with the most screen time at this point, after his starring role in Far Cry 5 and his extended cameo in New Dawn. This is a Joseph Seed that is wracked with remorse for the violence his followers caused, though he doesn't hesitate to shove his thumbs into the eye sockets of his enemies. While the game ostensibly takes place between Far Cry 5 and New Dawn, Seed is obviously aware of the canon ending of Far Cry 5. The Judge character from New Dawn also makes an appearance here, confirming that they were indeed the post-nuclear evolution of the protagonist from Far Cry 5.

These Far Cry DLCs are fantastically weird and trippy, with visuals that feel like something pulled from a fever dream. Though it has been present in each incarnation, this time I really took note of the stellar sound design present in Joseph's head. Beyond the awesome music, there are a lot of weird little touches, from the sped up vocals that natter randomly in the players' ear to the terrifying screams of the Joseph's dead victims, who howl in agony as they come screaming through the night (easily the scariest part of these experiences). A lot of the same tricks are used throughout these three DLCs, but when they work as well as this, why change them? 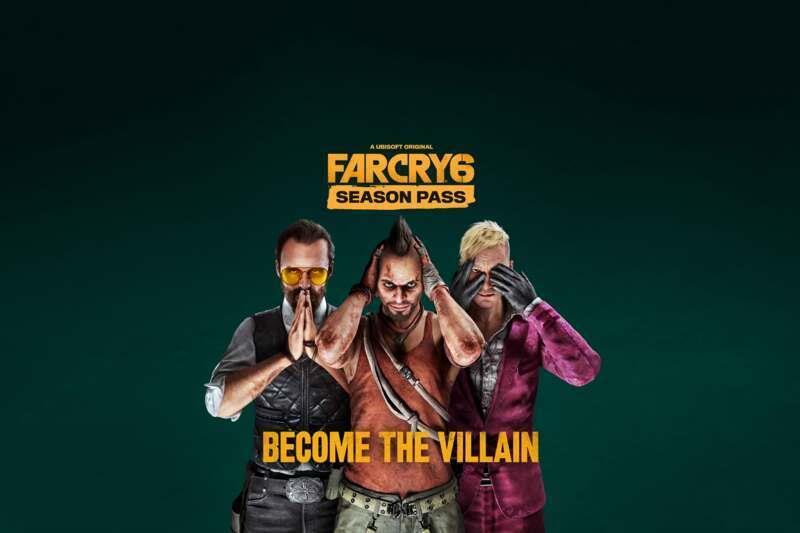 Once again, I am astounded with how fun and playable these Far Cry 6 DLCs are. The shooting feels fantastic, the power-ups are strong and satisfying, and the light story touches are perfect to keep the player engaged and pushing forward. Having seen all of the DLC for Far Cry 6, I can definitely say that this is my favorite series of DLC from Ubisoft. Its fun to be a hero, but sometimes going full psycho is super satisfying. And if you are going to spend time in the shoes of a bad guy, you might as well be the best, right?