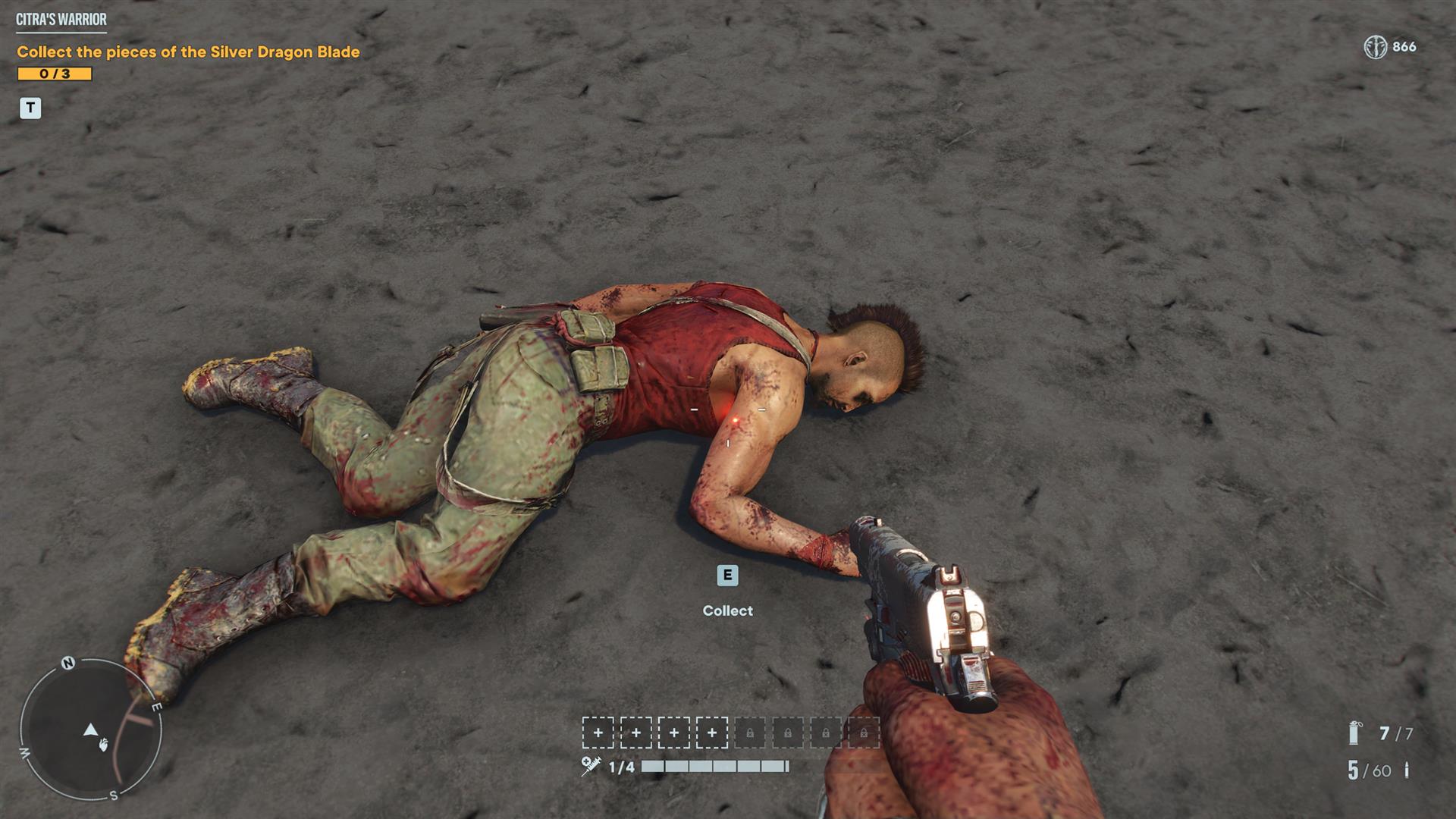 Say what one will about Ubisoft, one could never claim that the developer scrimps on DLC. If you buy an Ubisoft Season Pass, you know that when the DLC starts rolling in, you are going to get some surprising stuff that – like it or not – reimagines or expands the base game in some unexpected and fundamental ways. You never know what you are going to get beyond the barest outlines, but whatever it is, you can expect that it won’t just be more of the same.

Take the newest DLC – Vaas Insanity, the first in a series of smaller adventures focusing on the Far Cry series’ storied bad guys. Vaas was, at the time Far Cry 3 released, perhaps the most well-drawn bad guy in gaming, such a well-defined character that he became the arguable face of the franchise. While the Far Cry series has had a number of really great villains over the years, in some ways it feels like Ubisoft has just been chasing Vaas. 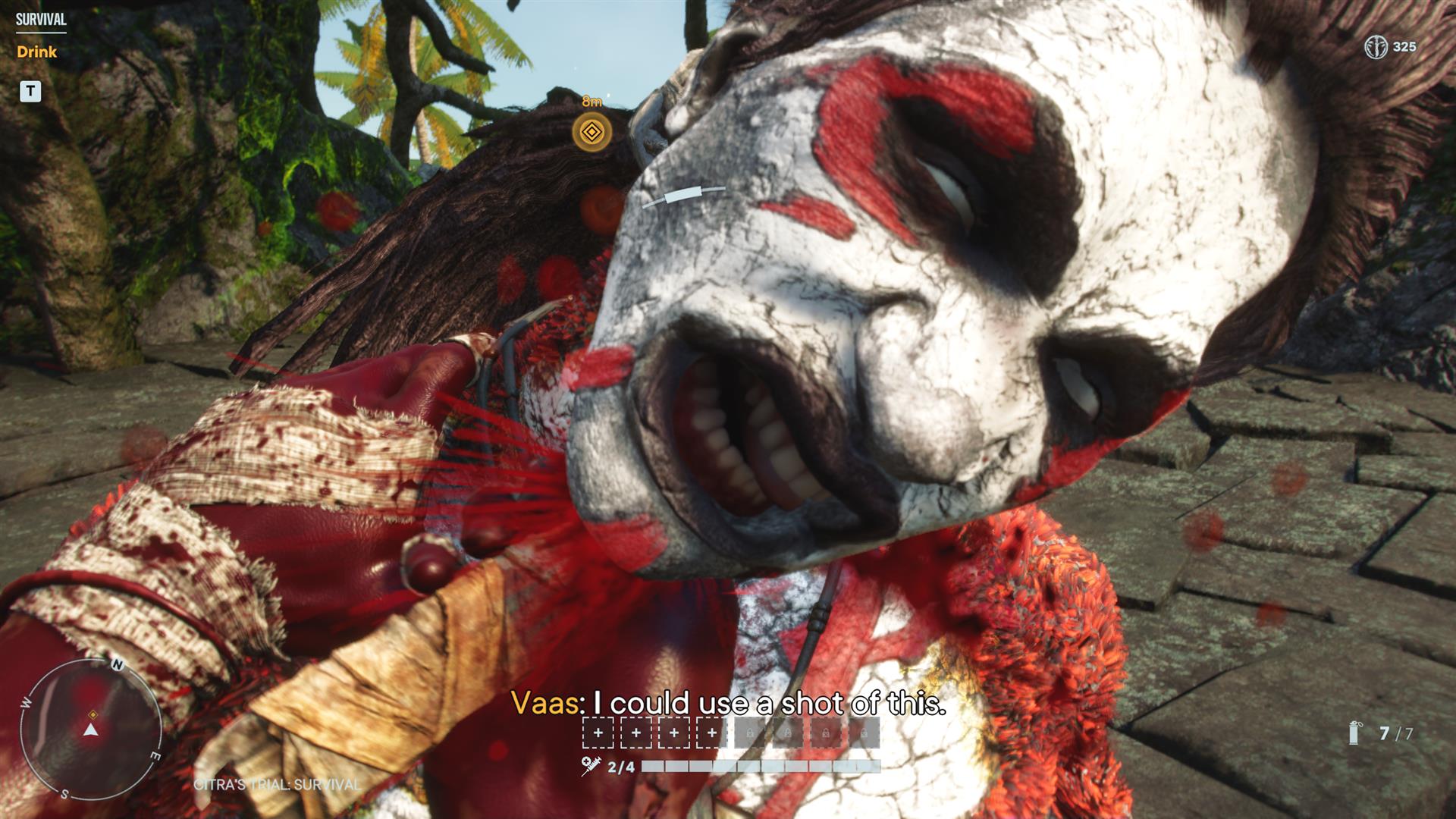 So of course, the new DLC is going to be a straightforward prequel to Far Cry 3, right? Showing the origins of this character, and how he went from troubled youth to blood-licking madman? Nope. Vaas: Insanity is instead a rather enjoyable roguelite, with the player planted squarely in Vaas’ shoes as he runs around the landscape of his twisted mind, hunted by the ghosts of people he has killed and reliving some of his darkest experiences. Of course, this is Vaas, so he also has a lot of jokes.

As usual, Ubisoft has flipped the script here, delivering something that feels more like a stand-alone game than a DLC for its Yara-based epic. If Ubisoft was a smaller publisher, I could easily see it bundling up this tight little experience and selling it for thirty bucks on its own. It may not be the deepest roguelite on the market, but it does feel pretty complete. What I’m trying to say here is that – while Vaas: Insanity is being sold as a DLC for a larger experience – it actually feels like a full-fledged game. And that game has some unexpected hooks. 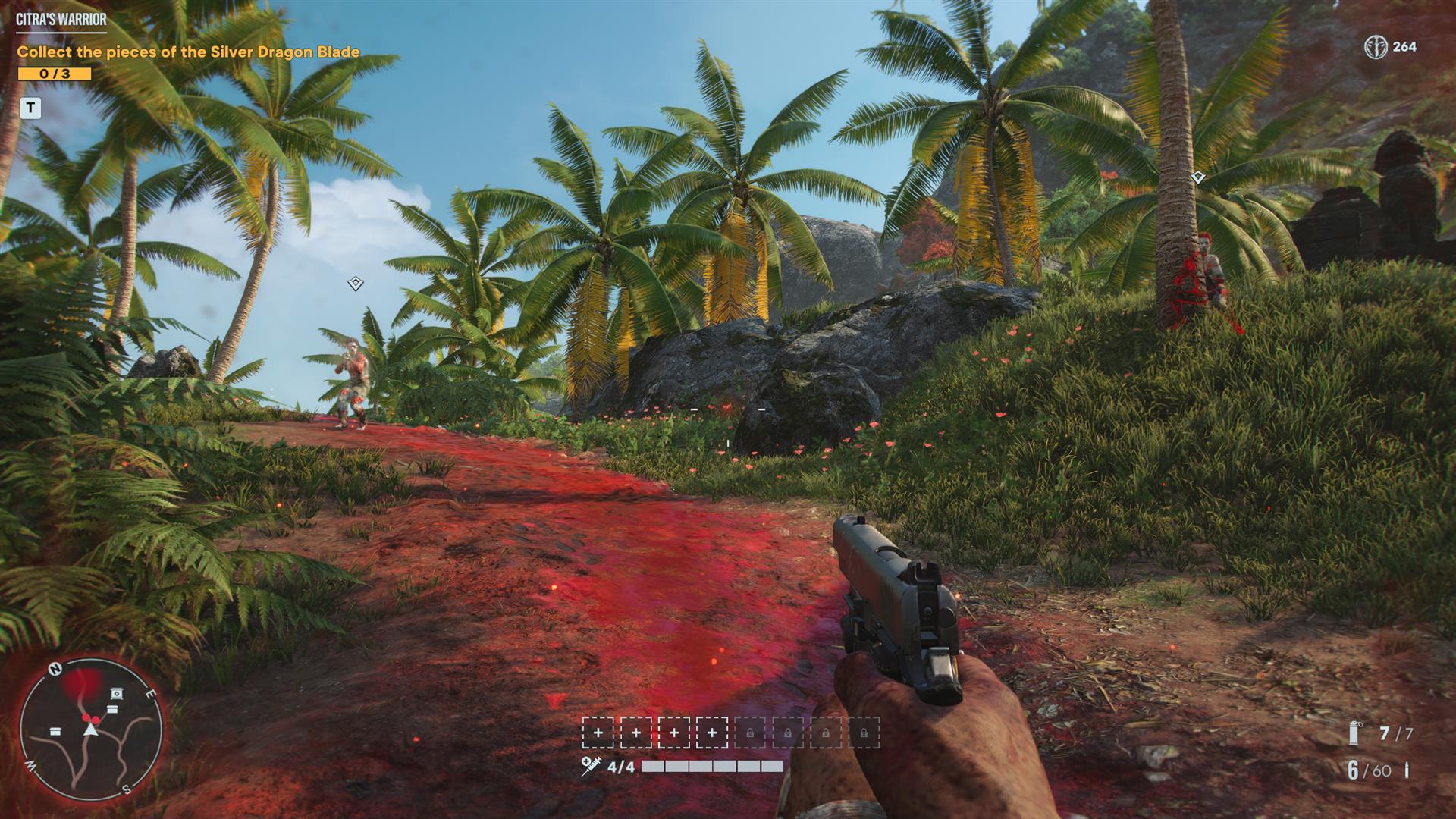 I don’t mind admitting that I let out a little internal groan when I saw that Vaas: Insanity is a roguelite. The genre isn’t my favorite, as I really detest losing a bunch of progress when I make a dumb mistake. And I did have a few moments with Vaas: Insanity that had me gripping my controller in a threatening manner (I missed a jump and fell off a cliff and ended an epic three-hour run. I repeat, I fell off a cliff. Into lava, which had no path for escape.) But Vaas: Insanity is constructed in way that lets newbies access some pretty powerful perks early on, evening the playing field and making death far less likely.

Of course, in your first couple of runs, you are likely to get smoked. Vaas starts out at a ramshackle base in the middle of the island with a little pea-shooter, and after getting his bearings, sets out to explore what he fully recognizes as his own demented consciousness. To the player, this means exploring the landscape, which is riddled with enemies. 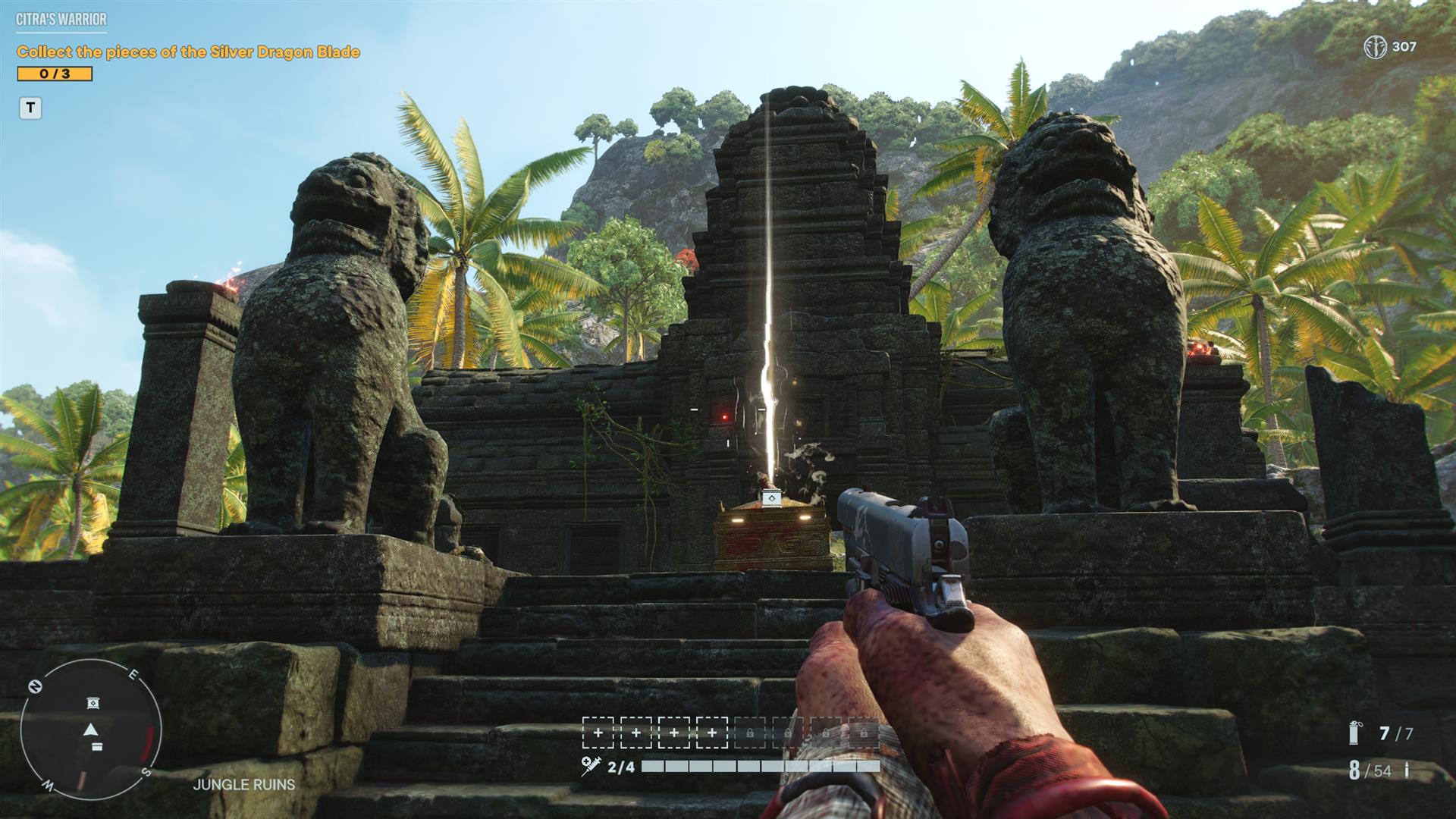 The name of the game – at least in the early hours – is to build up your cash reserves to start unlocking permanent perks. Vaas must scour the landscape for chests, which contain cash and ammo, and kill any enemies he feels strong enough to take on. When you have enough money built up, scurry back to your base and unlock the next perk. You don’t want to die with your money on you, as only a small bit carries over to your next run, making it wise to invest in yourself regularly.

New weapons can be unlocked by taking on small challenges, primarily centered on killing a certain number of attackers. Like Vaas himself, weapons can be upgraded permanently, but you still have to have the cash on hand to unlock them for each run. Just because you unlock something doesn’t mean you automatically get it the next time out. 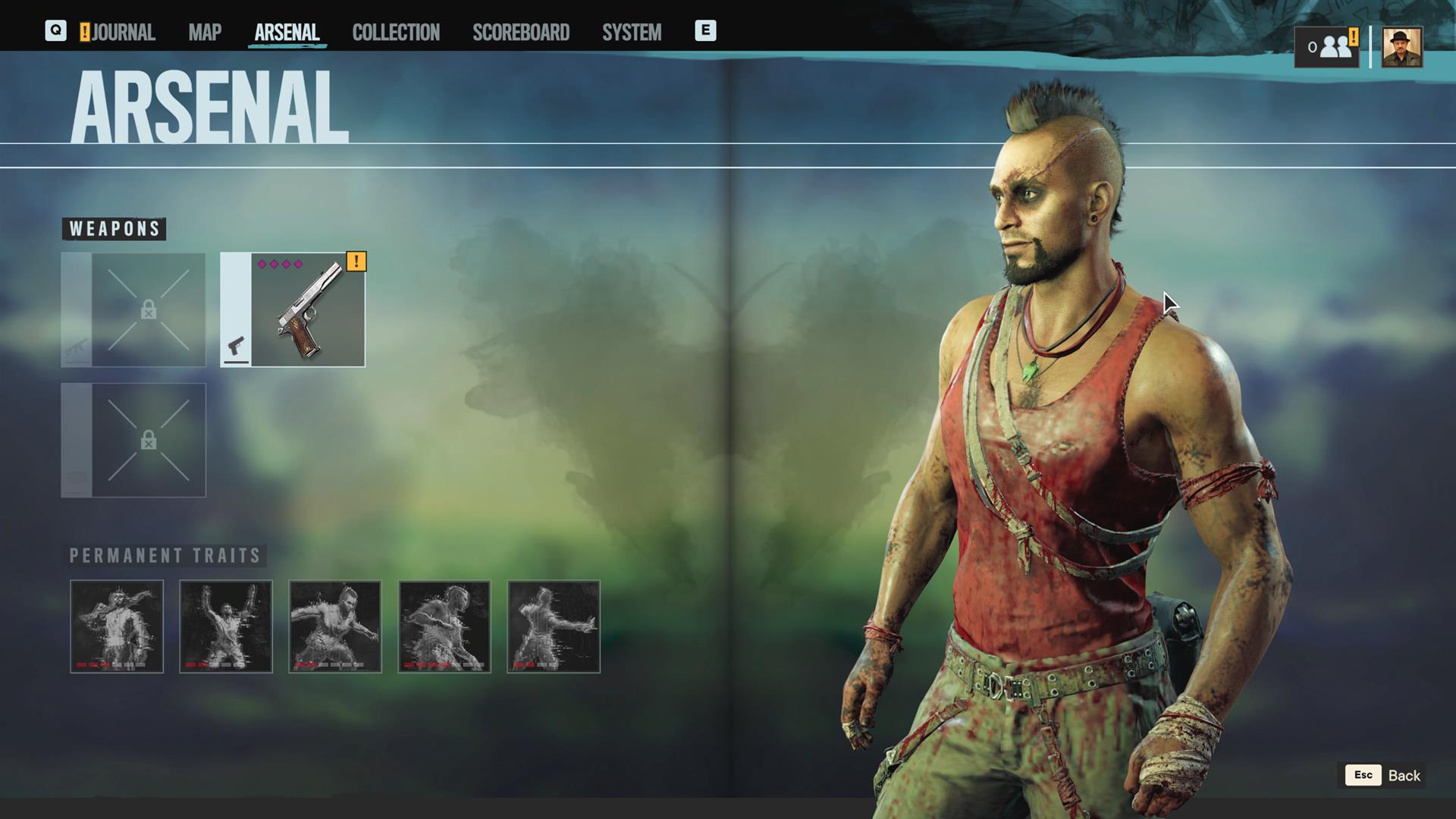 So, you kinda know the drill here. Go on runs, kill a bunch of dudes, carefully measure the risk of forging ahead against the reward of trekking back to base to level up (Vaas eventually unlocks a few more safehouses, making the trek part less punishing). On my fourth run, I found that I was jumping into battles with little fear of death, still being careful but not really sweating it all that much. And on my fifth run, I beat the DLC on its lowest difficulty (but of course, there are five difficulty levels).

If a sucker like me - who can’t shoot worth a damn - can beat this thing, then pretty much anyone can. Of course, I spent a few hours just scouring the landscape for cash, building up my weapons and Vaas’ health to the point where I could take down enemies with just a shot or two. But still, if you are someone like me that doesn’t really enjoy roguelites, go in with the understanding that the difficulty evens out pretty quickly. 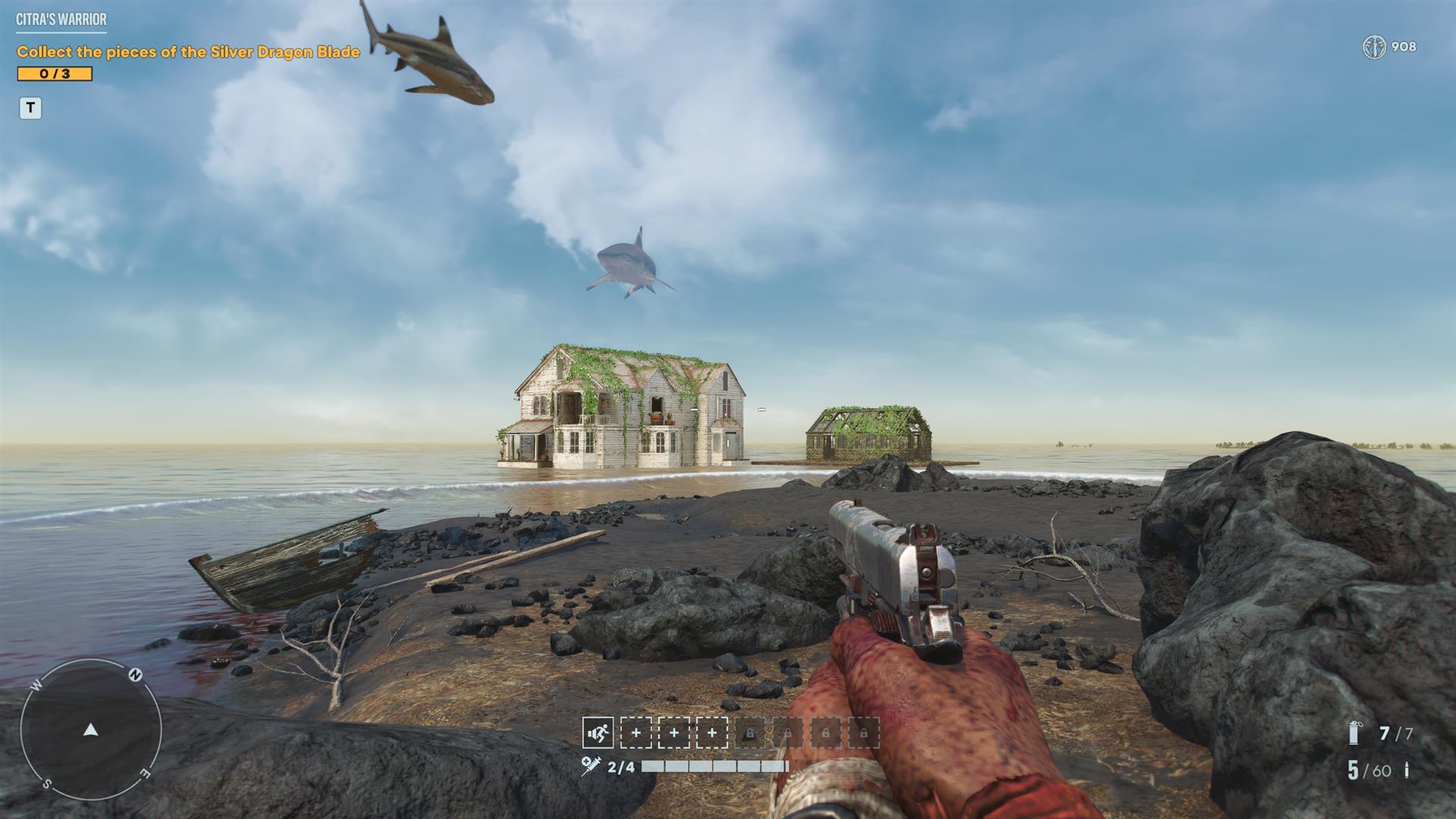 While I enjoyed my time with Vass: Insanity, I don’t really see myself engaging deeper into the trench of higher difficulty levels. Beating it once was satisfying enough for me, and I was able to do that with about 1/3 of Vaas’ perks unlocked. I could see why some might dive in and just keep going, but as I said, this sort of game isn’t really my jam. And some of the deaths can feel awfully cheap (see the above lava situation).

Still, Vaas: Insanity is one of the better Ubisoft DLC packages to appear in the last couple of years, and it offers several hours of good, dirty fun, particularly for those that wish that Far Cry was more running and gunning and less pesky story. 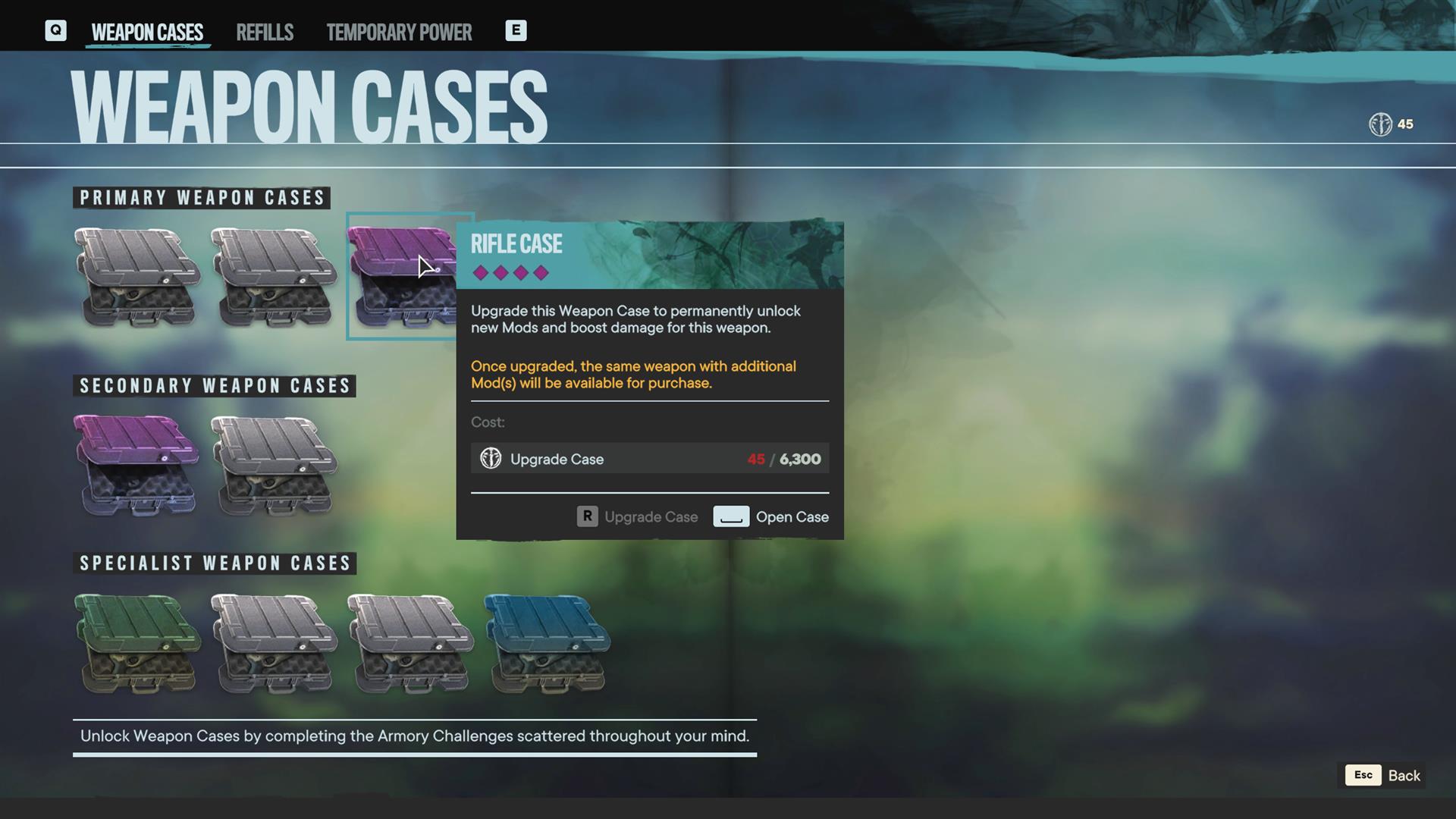 Rather than continuing the story of guerillas in Yara, Far Cry 6 Vaas: Insanity offers a tight little roguelite centered on the villain of Far Cry 3. Stripping the franchise down to its core of exploration and shooting, this DLC could stand alone as its own small but satisfying game.