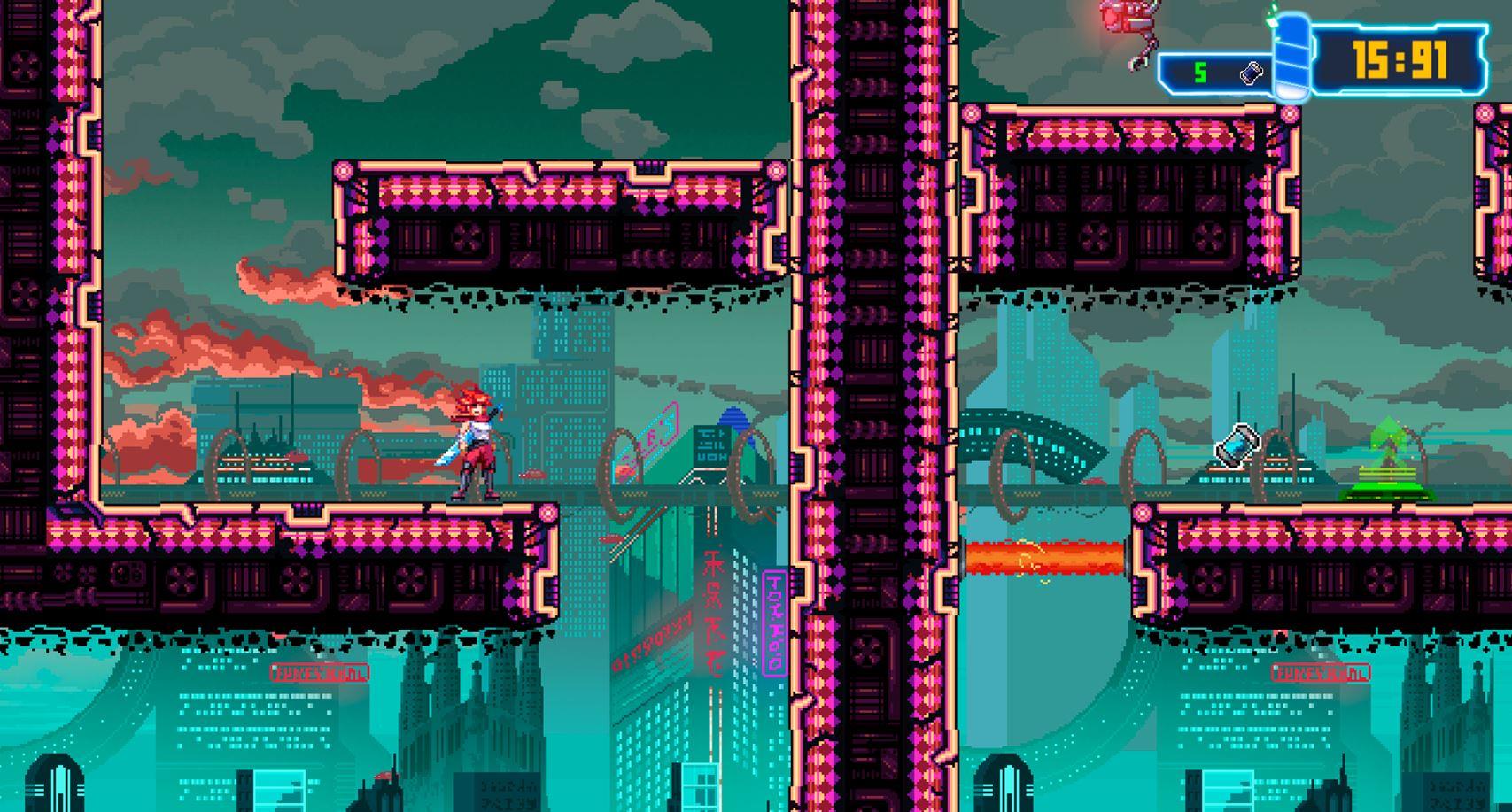 Aeon Drive, the speed-running platformer from developer 2Awesome Studio, has been on the market for about a month now. Games N Moorer's Joseph Moorer - who loves a challenge more than anything - took to the Twitchstreams yesterday to demonstrate the game in all of its' lightning fast, ultra-punishing glory.

Aeon Drive challenges players to move through its levels as quickly as possible, using lead character Jackelyne's power sword and teleportation dagger to hack through foes and zip through cityscapes in mere seconds. The game is aggressively tough, killing players over and over again as it insists on speed and precision to make it to the end of levels. Not only are players pushing for the lowest time on leaderboards, but an actual timer counts down from thirty seconds. Fail to reach the exit by the time it hits zero, and it's game over.

The level of difficulty in Aeon Drive reminded Joseph of a previous game steeped in epic difficulty - Scoot Kaboom and the Tower of Doom - which, if you haven't seen it, is ridiculous. Nonetheless, Joseph maintains his cool for a while, not starting to holler "Sir! Sir!" at the game until about 15 minutes into the stream. Towards the end of the stream, he is pulling off near impossible runs, which are a little jaw-dropping to an uncoordinated chump like me.

Aeon Drive is currently available on PlayStation, Xbox, Nintendo Switch, and PC, for $14.99.