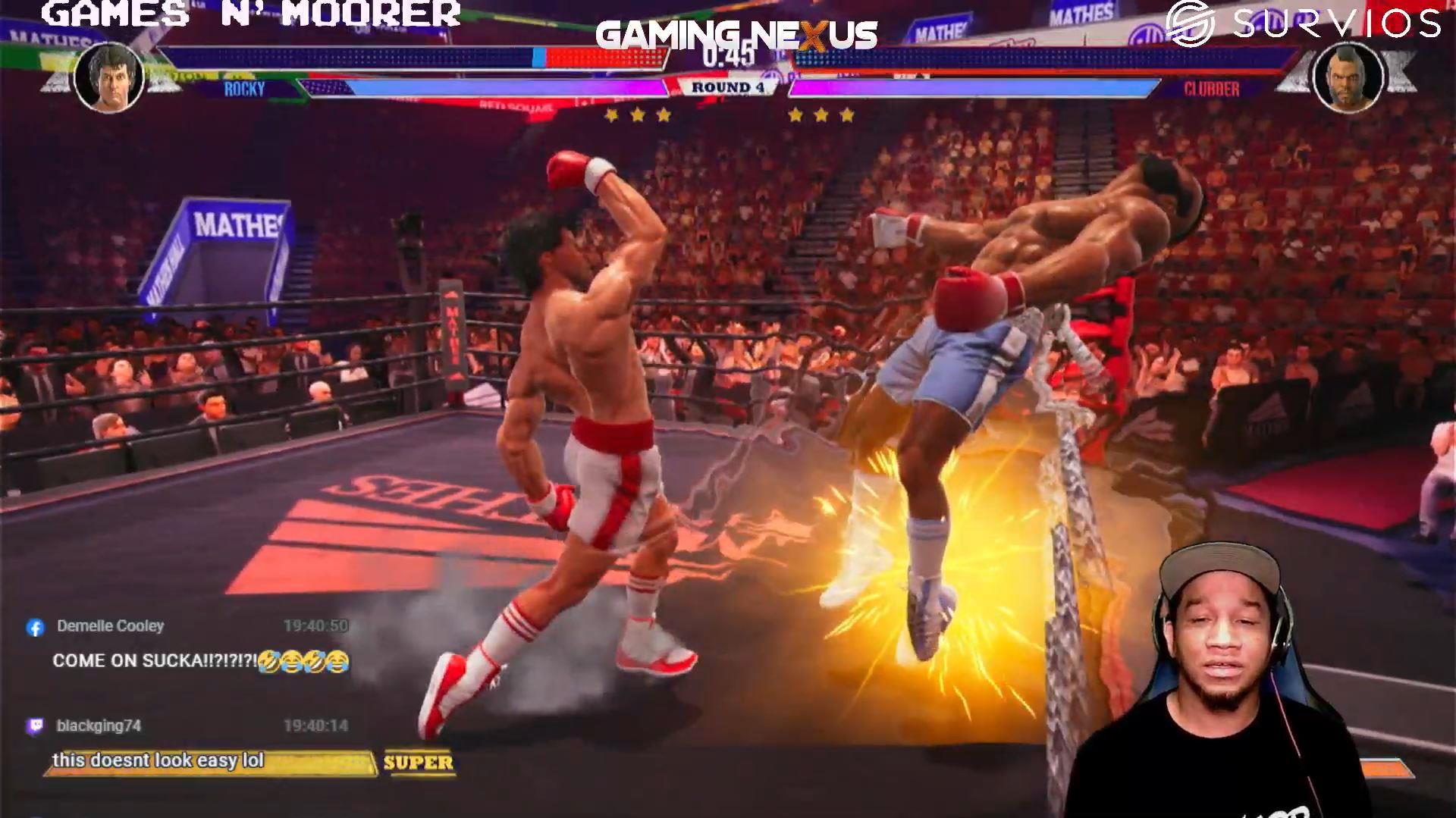 Games N Moorer's Joseph Moorer loves a good fighting title. He gets into it in a way that few people do, as evidenced by the "tsss, tsss" sounds he makes while throwing in-game punches. So it's a ton of fun to watch Joseph take on the role of Rocky Balboa in Survios Games' new boxing title Big Rumble Boxing: Creed Champions.

If the idea of Survios doing a Creed title sounds familiar, that's because the company is also responsible for 2018's Creed: Rise to Glory (otherwise known as "one of the best VR games ever made"). But Big Rumble Boxing is no simple adaptation of an existing first-person VR game. The boxing has been entirely reimagined for the third-person arenas, while retaining all of the awesome licensed characters from the Creed and Rocky franchises.

Joseph went fairly deep on the fighting ("No, Michael B. Jordan! No! No!"), playing a ton of matches against various Creeds, Dragos, Mr. T, and a few nameless chumps. Joseph seemed to really enjoy the game, praising the boxing mechanics and the excitement created by the matches. However, he did feel that a patch for online play might be needed to justify the game's current price. But despite that critique, he still managed to have a ton of fun with Big Rumble Boxing. Check out a replay of his session here: