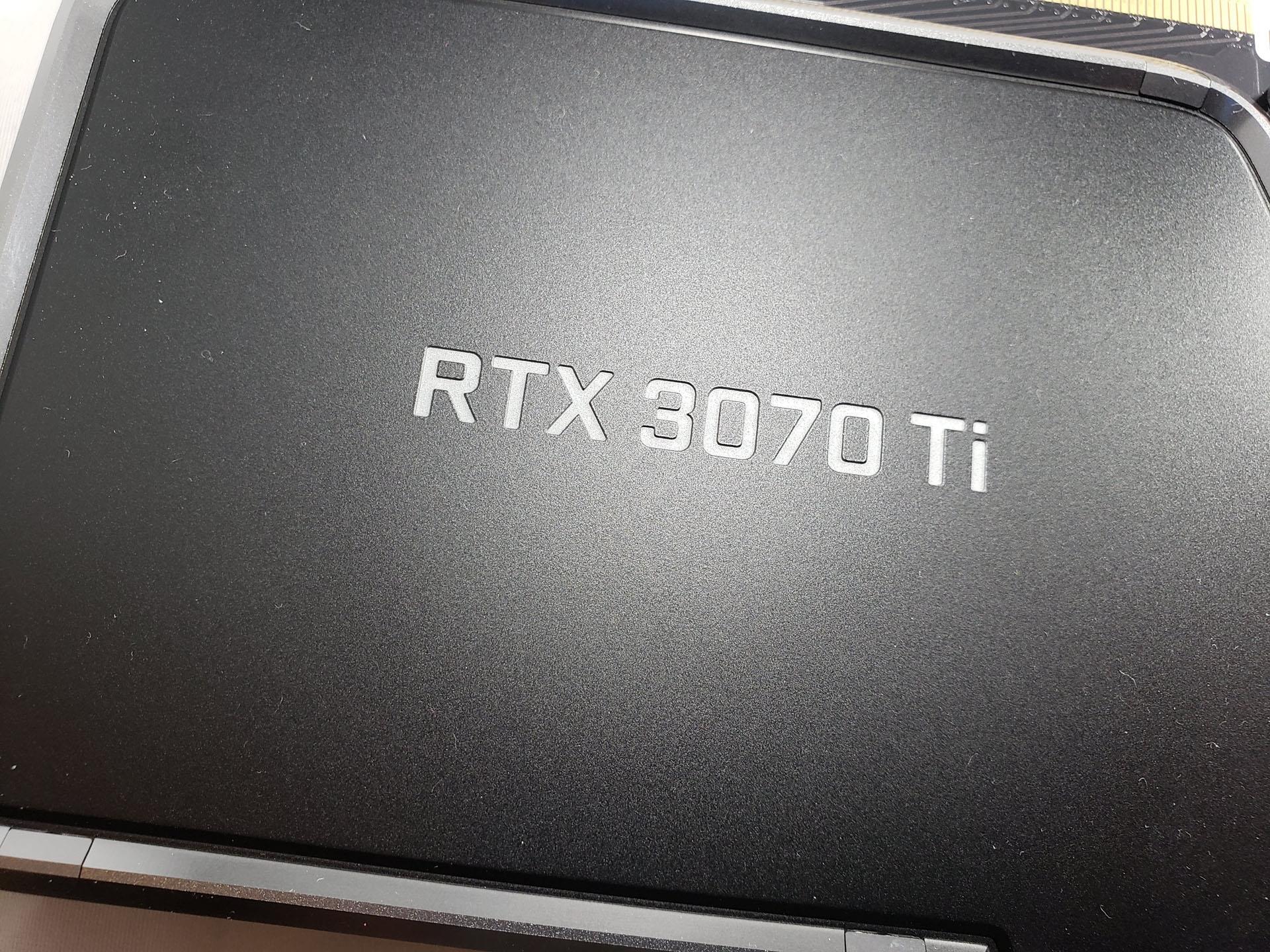 At Computex, NVIDIA not only announced the GeForce RTX 3080 TI, for which you can read our review here, but also the GeForce RTX 3070 Ti. This upgrade should sit nicely between the RTX 3070 and RTX 3080. Priced at $599, it would be smack dab in the middle of the two previously released Ampere cards in terms of price and performance. 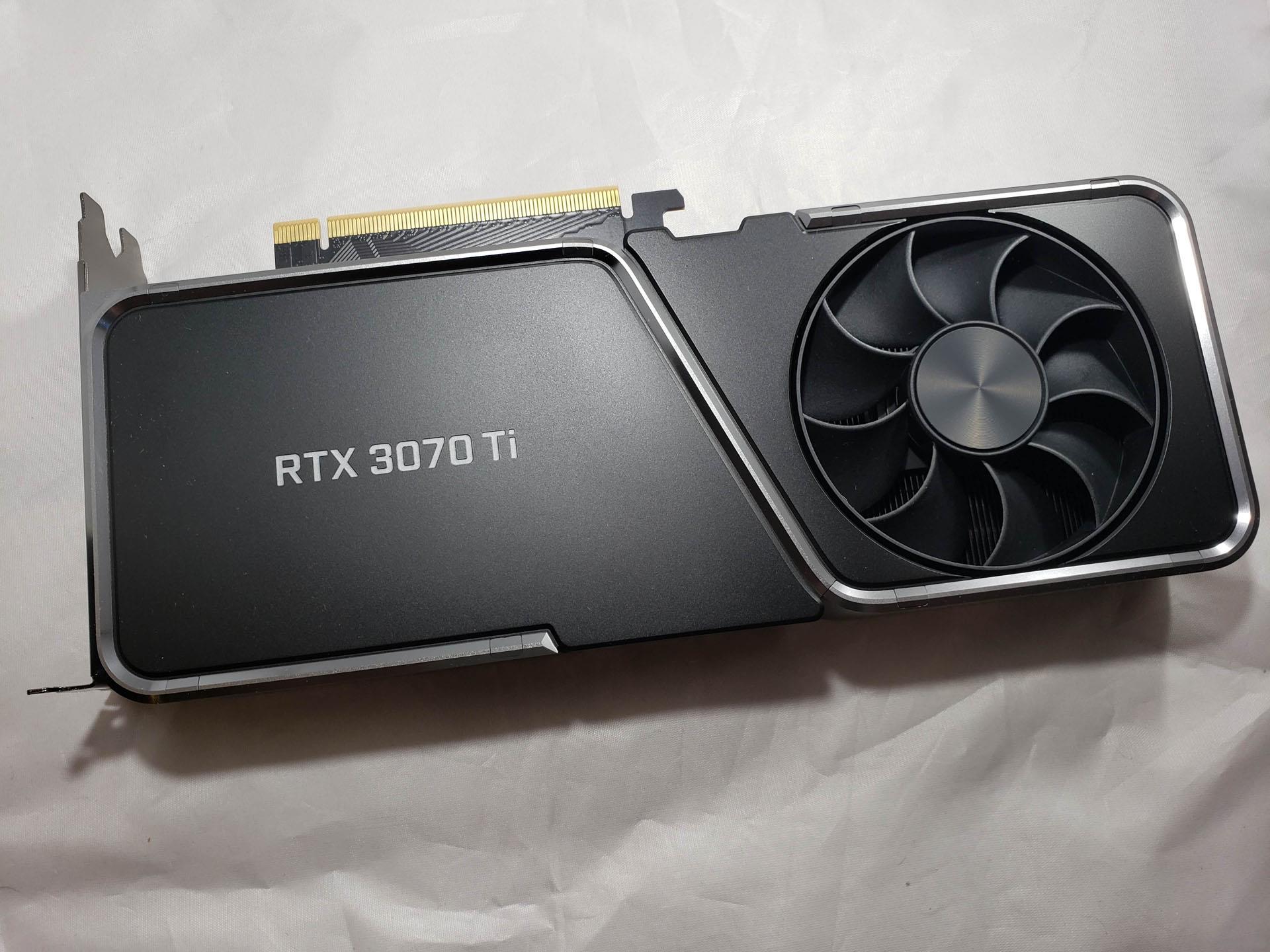 With the extra length, the fan configuration was also changed to mimic that of the RTX 3080. Instead of both fans being on the same side like the RTX 3070, the RTX 3070 Ti moves the rear fan to a pull position drawing air from the front of the card through the heat sink. It’s a configuration that works and I like the split fan orientation.

Not only did the externals get an upgrade, the internals did as well, namely in the memory department. Like the RTX 3080, the GeForce RT 3070 Ti utilizes GDDR6X memory, going with the faster variant versus the GDDR6 that the RTX 3070 has but still sits on a 256-bit bus.

Base clocks compared to the RTX 3070 is pretty close with the RTX 3070 Ti getting a very slight boost in both base and boost. You can see in the grid above how they compare, but the increase is very slight.

The GeForce RTX 3070 Ti does have an extra 256 CUDA cores over the RTX 3070. Along with that you get 2 more stream multiprocessors, 8 more Tensor cores, 2 more RT cores, and 8 more texture units. Combined with the improved memory and slightly faster clocks, this nets you the performance increase between the two. 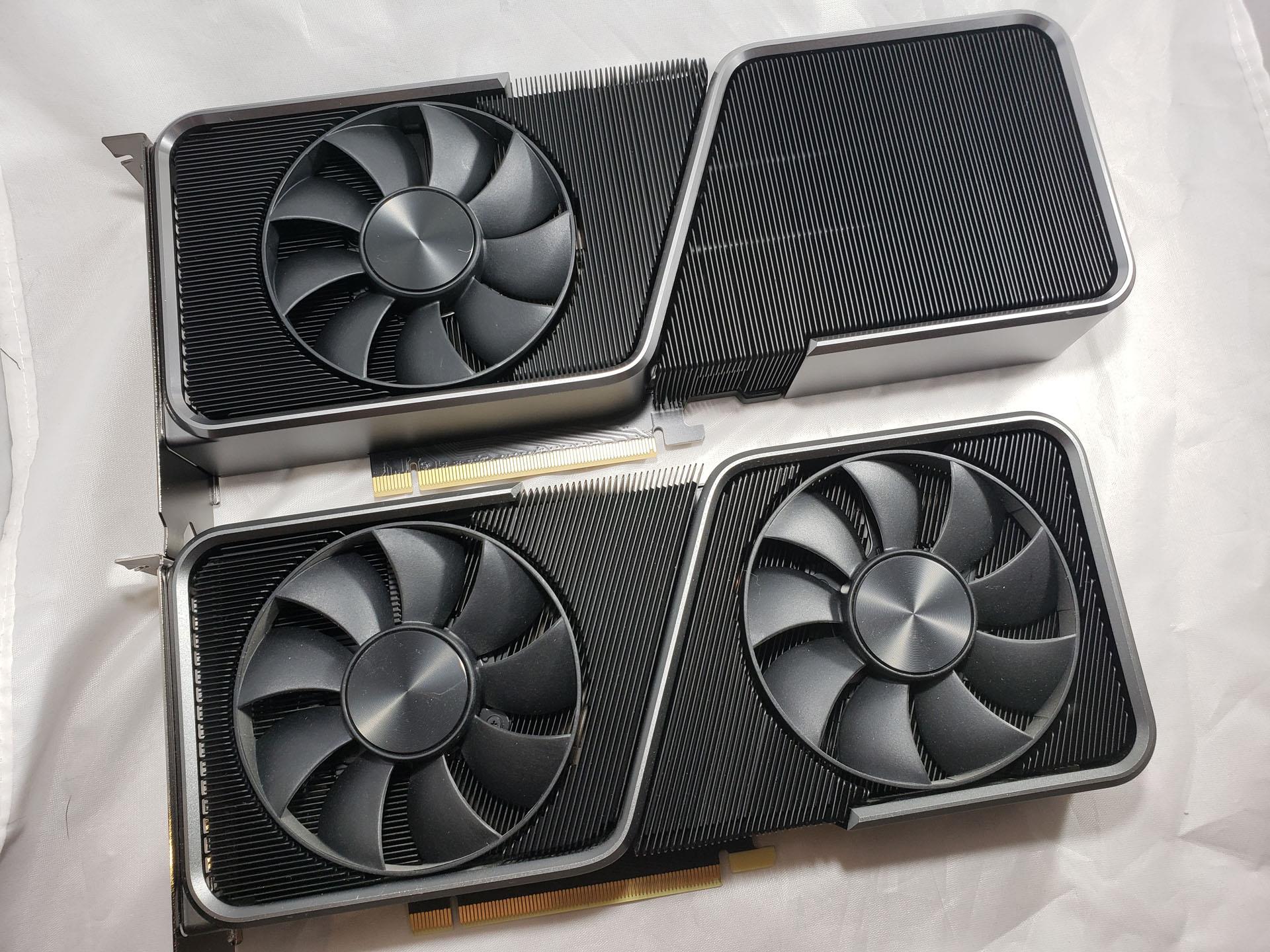 For I/O, you have the same ports as the other Founder’s Edition cards. That means three DisplayPort 1.4a and one HDMI 2.1 port. No SLI of course, as that’s still an RTX 3090-only deal.

As with all the previous Ampere cards we’ve reviewed, you get a lot of extra features that enhance gaming when they are supported; NVIDIA Reflex for lower latency mouse inputs, DLSS for improved performance and ray tracing. More and more games are using ray tracing features, which I’m very happy to see as some games look better with the lighting, shadow, and reflection features turned on. With Ampere, you can now enable RTX and not suffer from the performance penalty like the Turing cards did.

My review system consisted of: 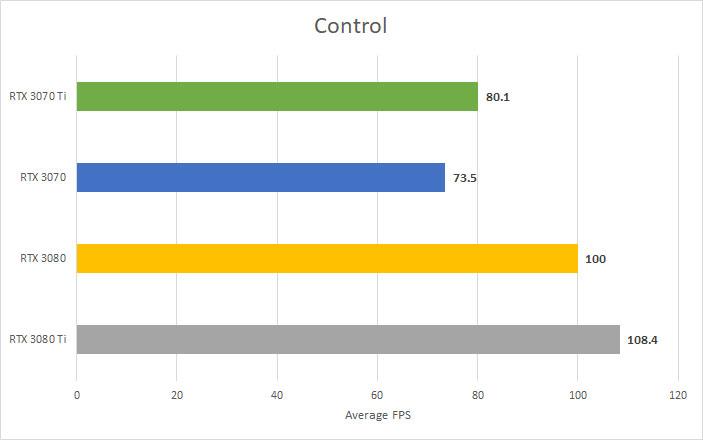 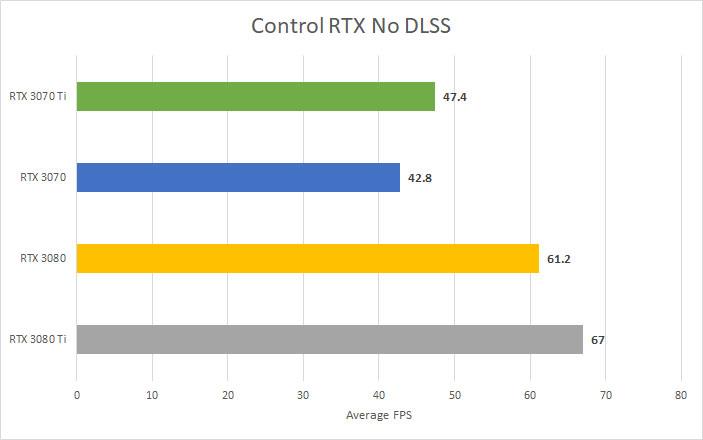 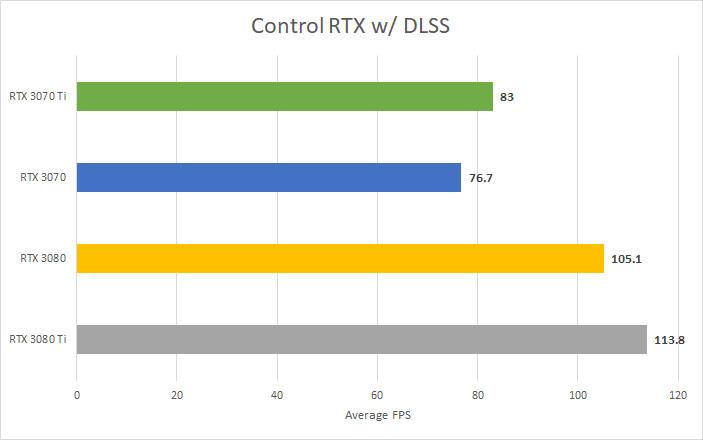 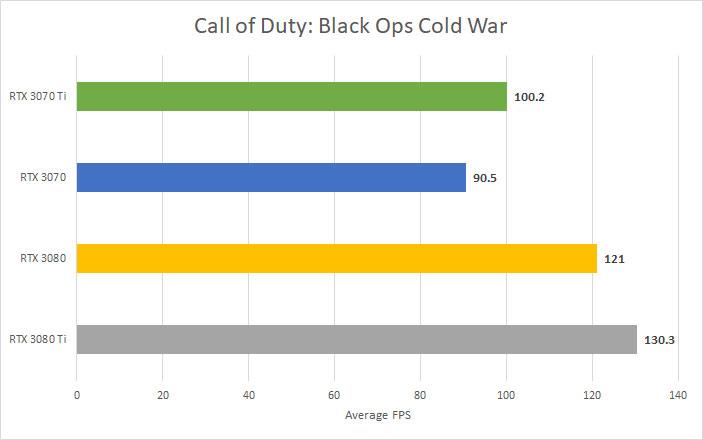 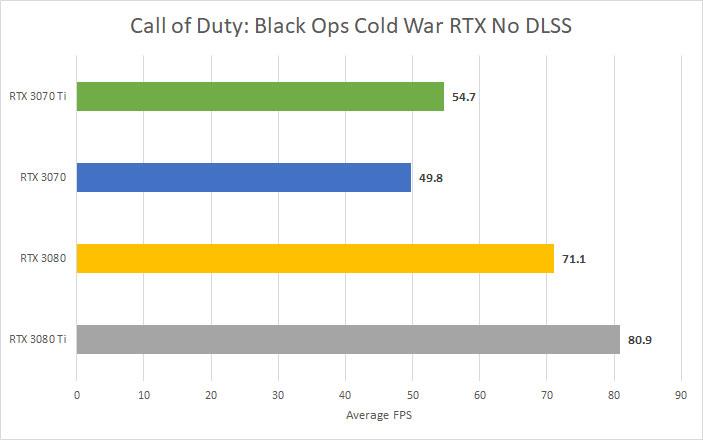 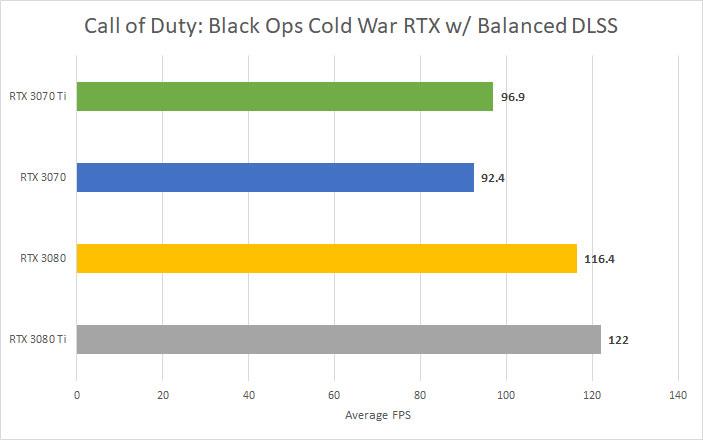 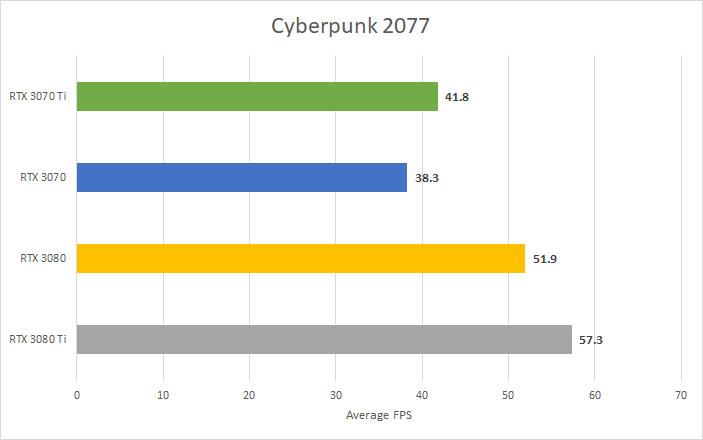 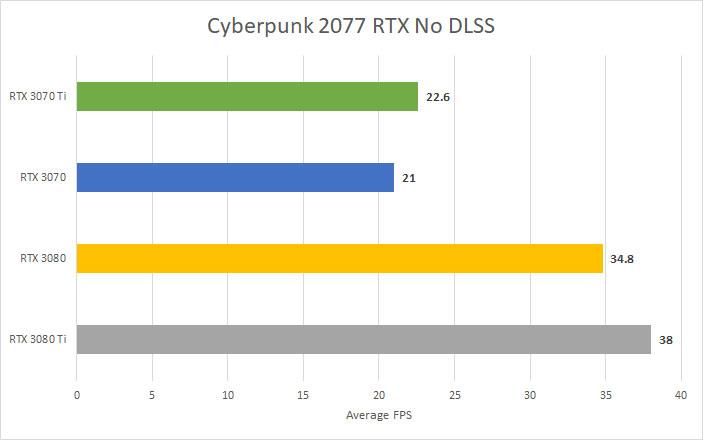 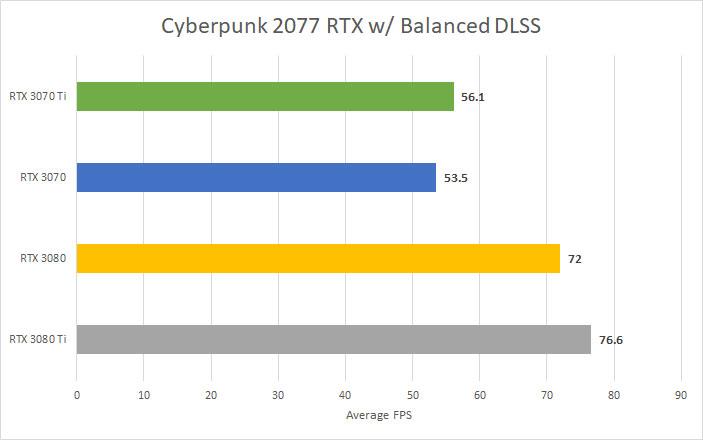 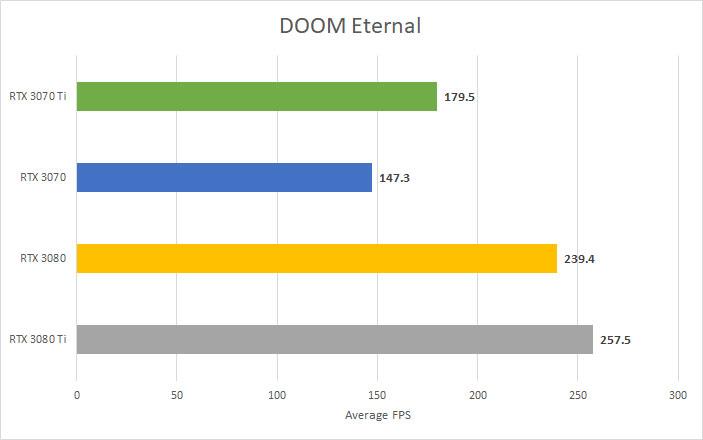 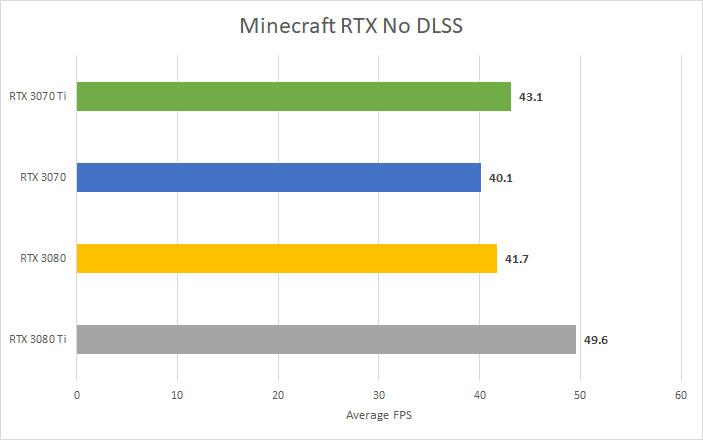 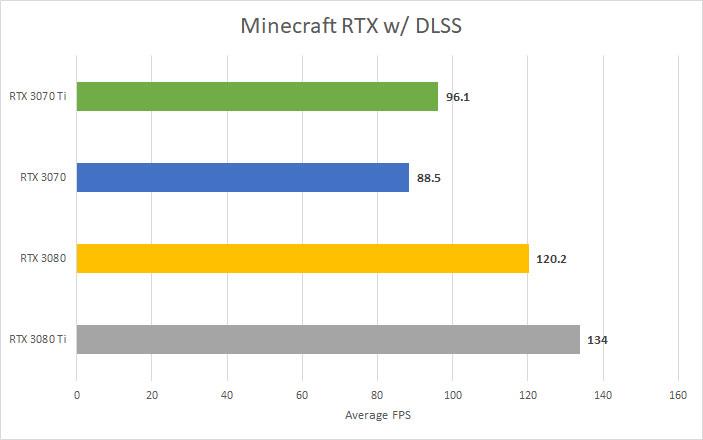 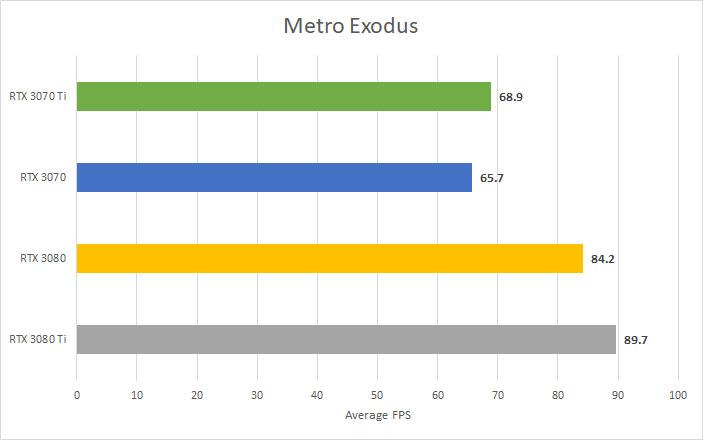 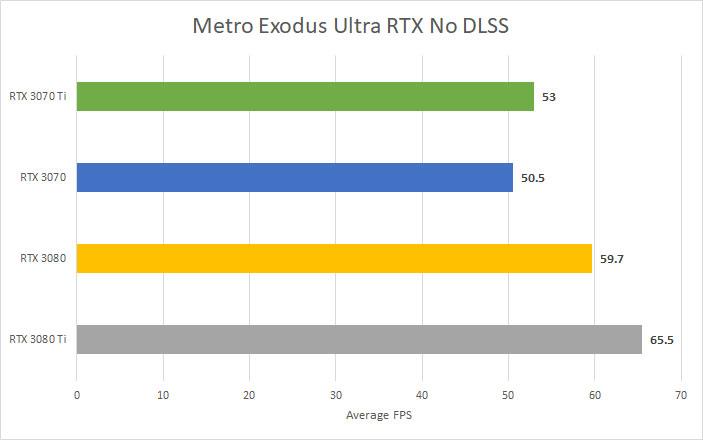 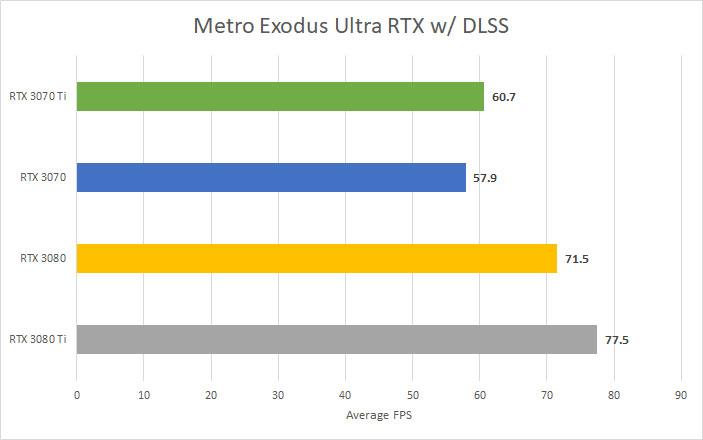 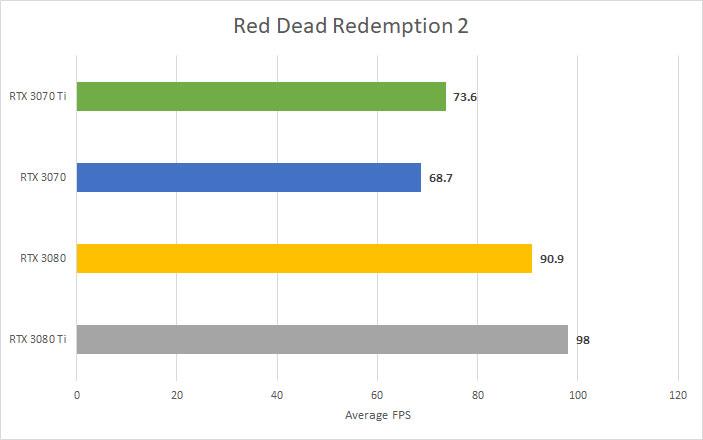 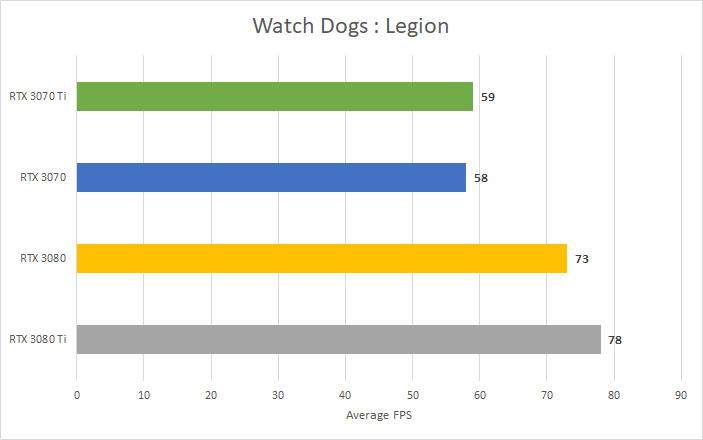 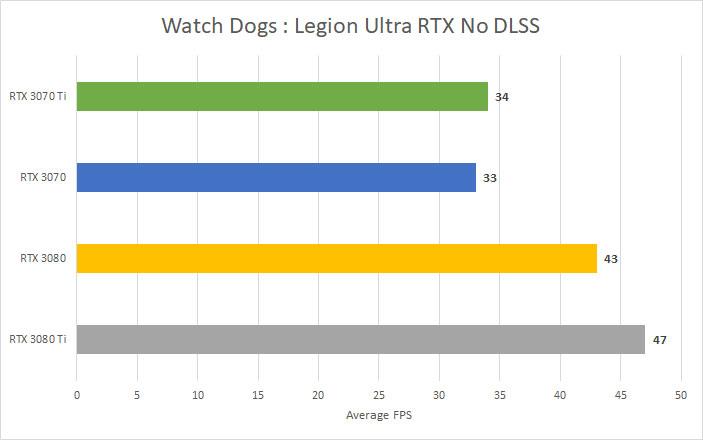 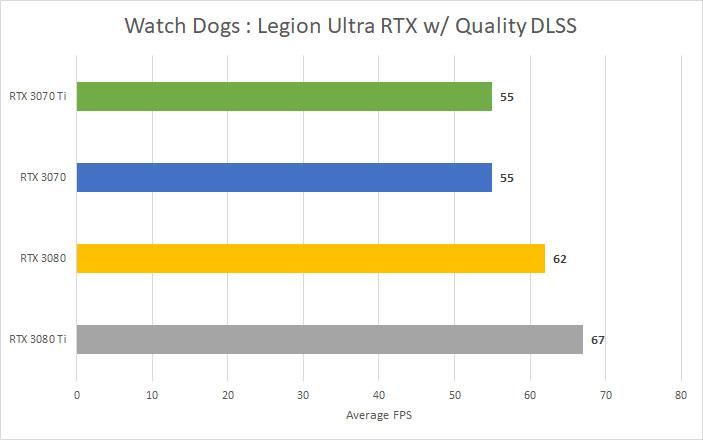 So we’re seeing anywhere from an 8% to an 11% increase over the GeForce RTX 3070 in gaming performance. Although with Watch Dogs: Legion, I didn’t see any improvement with RTX and DLSS turned on over the RTX 3070. Other than that game, the somewhat better performance was actually what I was expecting for this card considering its price and position in the lineup. At around a 17% increase over the RTX 3070 in pricing which I’ll factor into the larger heat sink and using the more expensive and faster GDDR6X memory, I think NVIDIA has priced GeForce RTX 3070 Ti just about where it’s supposed to be.

For VR performance, I am using OpenVR Benchmark from the maker of cyubeVR. It's a Minecraft like game in VR and it does a flyby of an intense scene measuring the performance. I used a Valve Index to perform the test. 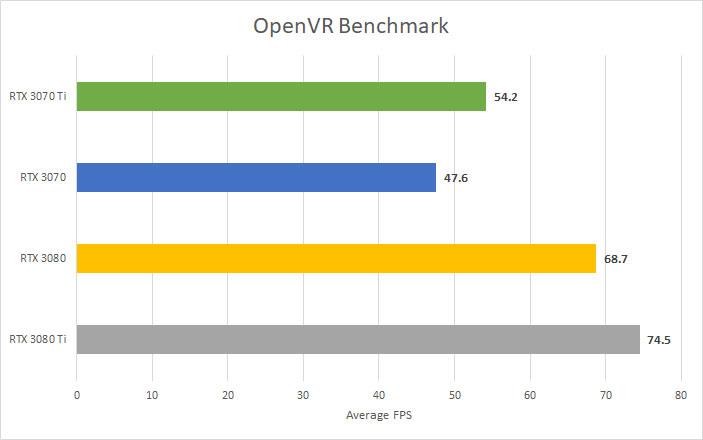 As I said in my review of the GeForce RTX 3080 Ti, I’m not a miner so I can’t speak about the mining capabilities of the RTX 3070 Ti other than it does have a reduced mining rate just like the RTX 3080 Ti. Again, NVIDIA’s not designating these as LHR cards because there’s no variant of the RTX 3070 Ti that’s not crippled in this area. The hope is this will allow for more gamers to purchase this card to play games rather than miners using them in their rig to mine Ethereum. I don’t know if the reduced performance in this area will curb miners from purchasing this card, but I guess we’ll see in the next few weeks how it does. 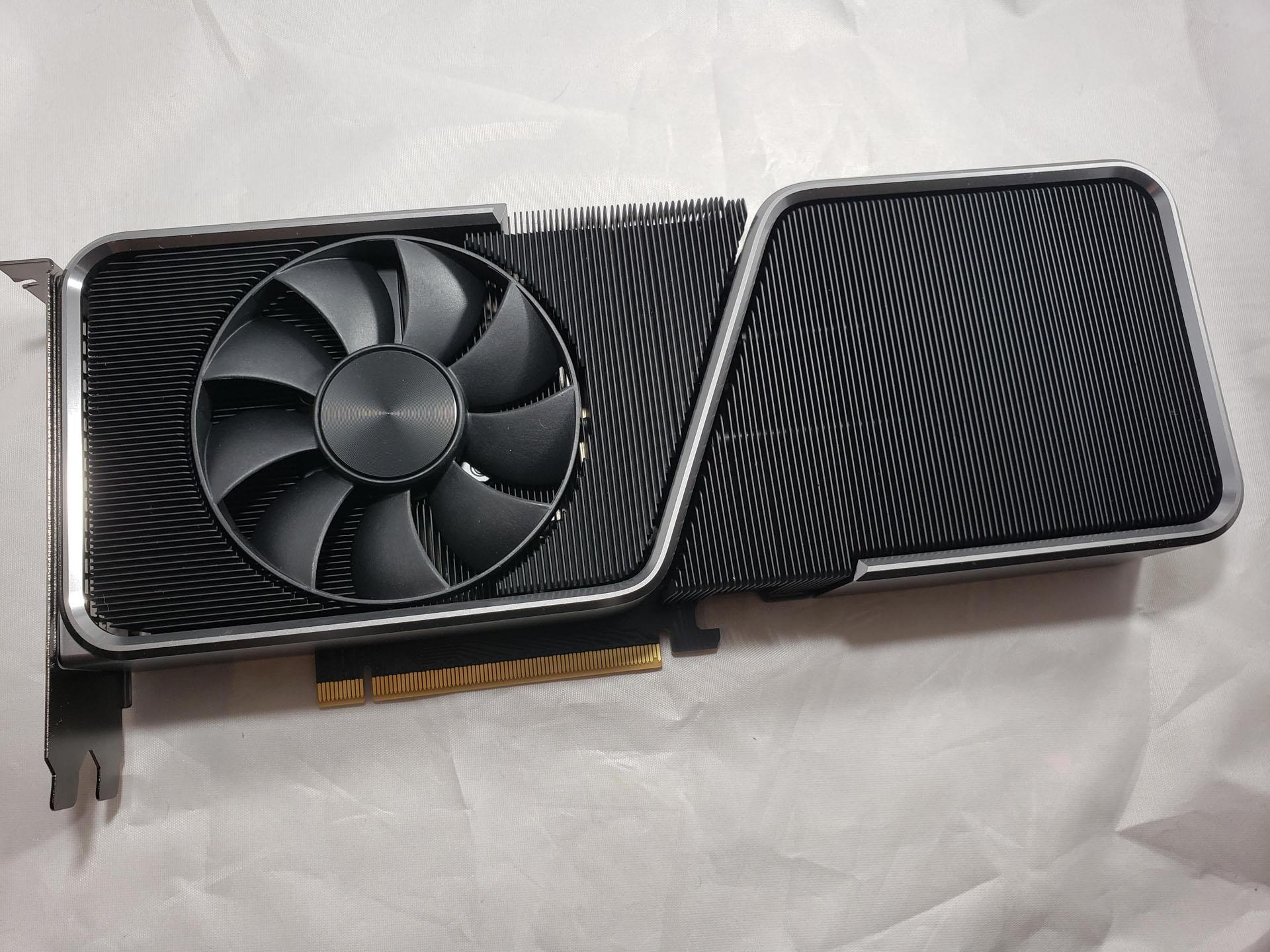 I’ll quickly address the fact that this card will probably be hard to find. Like every single RTX card out there, chances of finding one in stock at a normal price will most likely be next to zero. I’m sure you all are sick of not being able to purchase one and it’s a shame because I think the RTX 3070 Ti sits well in the NVIDIA RTX stack giving a good performance to price ratio. Yes, it does draw more power and physically it’s slightly larger than the RTX 3070, but delivers that extra bit of performance over the 3070 for about the right price.

The GeForce RTX 3070 Ti is a nice little spec bump and something you would expect after nine months of the GeForce RTX 3070, and the card is priced reasonably. You do have to account for a slightly larger card and needing two 8-pin connectors when powering this one though. If you don’t care about mining capabilities at all and just want a good solid gaming card in the $600 price range (if you can find it at that price), you can’t go wrong with the GeForce RTX 3070 Ti.

It's got faster memory than the RTX 3070 and offers a little performance increase over that card. The GeForce RTX 3070 Ti delivers solid gaming performance at a mid-high range area.