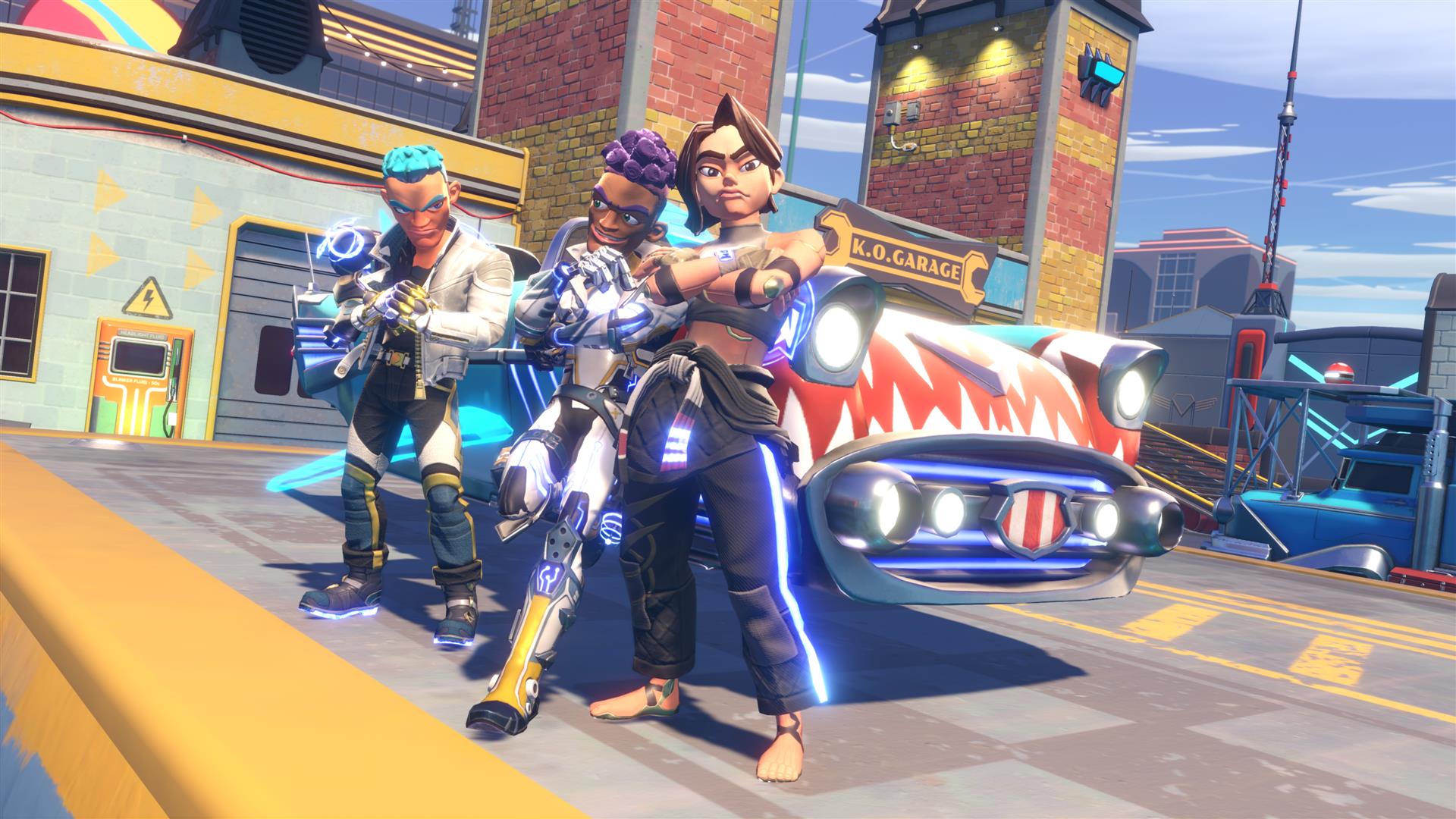 EA and Velan Studios’ Knockout City is something of a revelation. Here we have a competitive online game for the masses – something for everyone to enjoy. My twenty-year-old son loves it. My eight-year-old daughter loves it. Games N Moorer’s Joseph Moorer loves it. I love it. I frankly haven’t spoken to anyone that doesn’t love it. 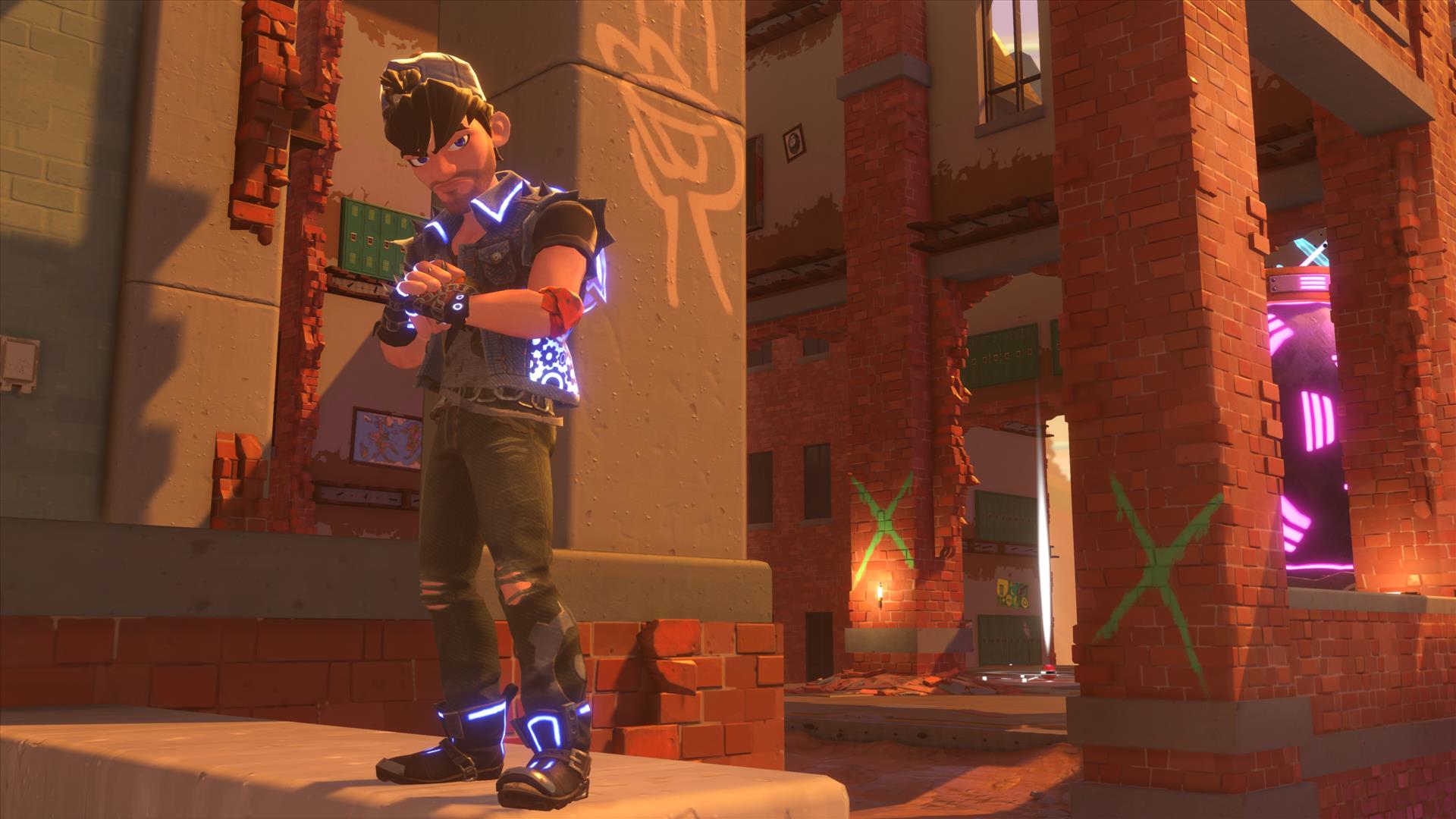 Knockout City is all about dodgeball, every kids most beloved and dreaded middle school gym sport. You know the basic rules, but they are tweaked here to make for a better videogame. Throw the ball at people. If you hit them twice, they are out, respawning after a few moments and granting your team a point. But watch out, because players can catch the ball and whip it right back at you. A few trick shots are easily available to everyone, allowing for bomb shots and curved shots that can whip around corners to track your target. 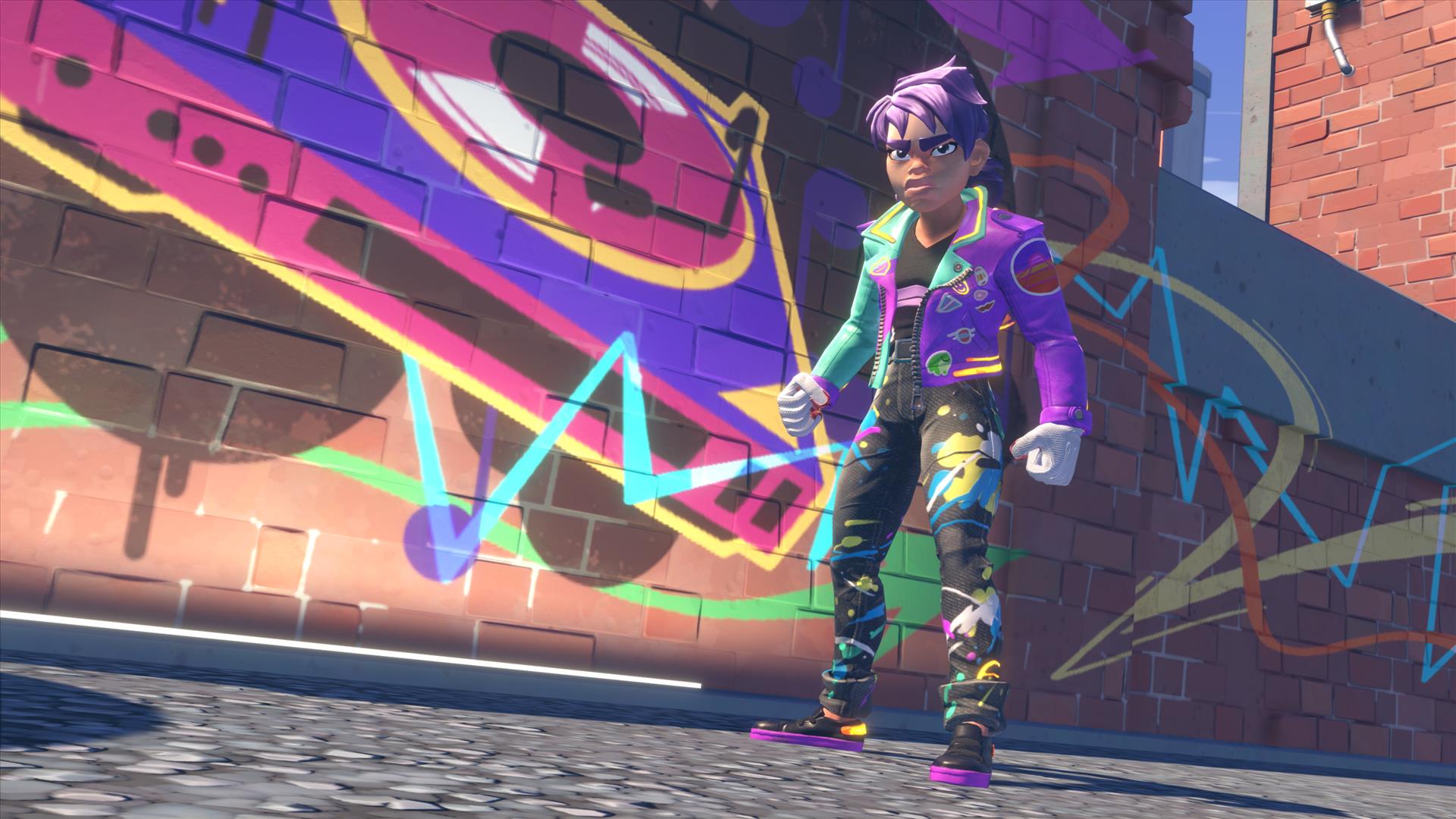 While players do not need to aim (the reticle shows up whenever anyone is in range), there is still the matter of timing the shot and catching your opponents off guard. Dodging out of the way and ducking behind objects are great ways for your opponents to avoid getting hit, so as an aggressor, you need to time things just right and choose the correct throw if you want to hear that satisfying “doink” sound your ball makes when it blasts into someone’s head.

Players have a pretty powerful jump to take advantage of the sizable maps’ verticality, and a double jump opens a Breath of the Wild glider that makes it easier to get around, but also makes you a vulnerable target. In a cool twist, players can roll themselves into a ball to be picked up and thrown by other players for one-shot knockout. Holding a player/ball and “charging” them will shoot them straight up in the air, allowing them to bring themselves back to the ground as a guided missile, impacting the ground with a powerful AOE attack. A variety of “special” balls spice up the mix with a few fun – but carefully tuned to not be overwhelming – special attacks. 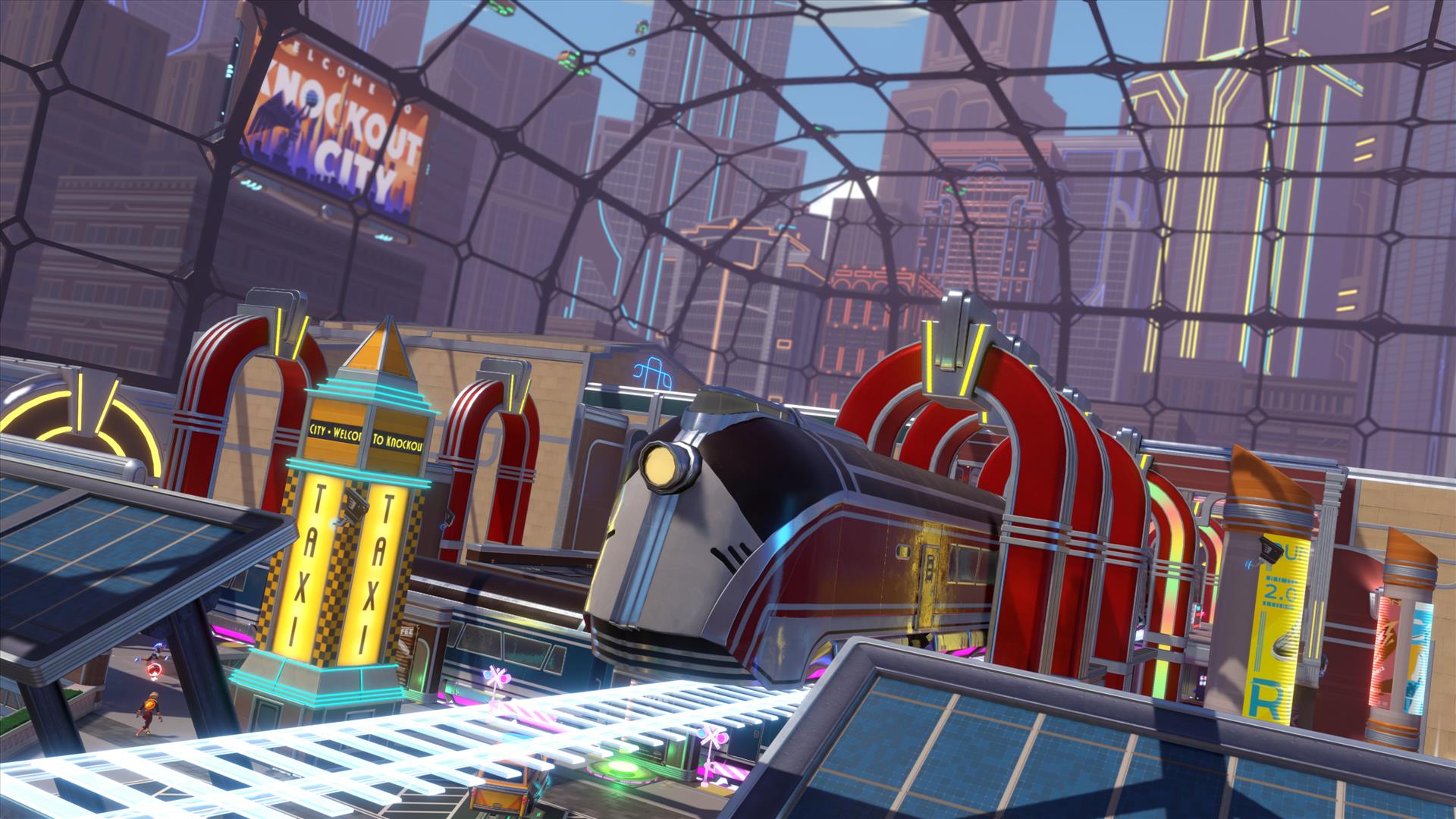 Knockout City gives the player plenty of room to get acclimated to its concepts and controls. A very nicely done tutorial section introduces every facet of gameplay, allowing the player to practice without needing to jump feet first into a match. But even after completing the tutorial, players get dropped into their “Hideout”, an open space in which they can practice jumping, throwing, and executing trick attacks. A practice dummy even throws balls at the player so they can practice catching. The entire thing is smart, clean, and fun. When grouping up for matches, you can invite your friends into your hideout for some non-scored dodgeball violence. I won’t be surprised in the least when hideout customizations show up as level rewards in a few months.

While it is fun to play with randos, I would recommend hooking up with a friend or two and developing some strategies to try out. Matches are played in a standard 3v3 configuration, though private matches allow players to set up other configurations (check out me teaming with my son for a miraculous 2v3 run here). Besides team match, which gives the win to the first team with ten knockouts, a few other modes round out the experience. 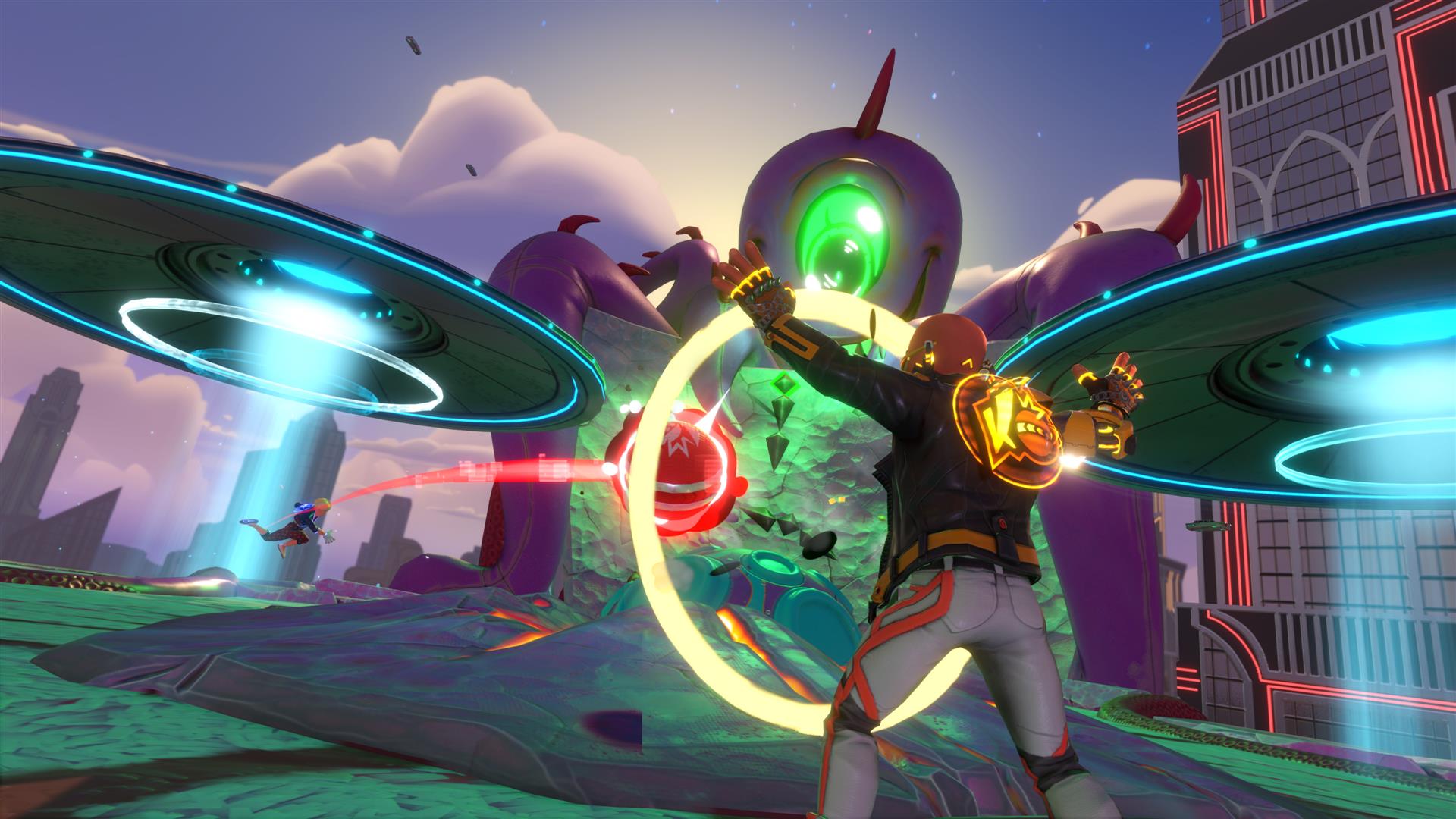 One fun mode drops a few diamonds on the map wherever a player is knocked out. If the opposing team picks them up, they get points, but the team of the knocked-out player can swoop in and snag them and prevent the score. This leads to a lot of very close up, very tight skirmishes, where people are throwing balls every which way and trying to push each other away from the diamonds. For those who want to avenge a grudge, a 1v1 match is available. Another fun configuration allows 3v3 matches with only special balls, which leads to its own type of chaos.

EA and Velan have made no secret of the fact that modes will be cycled in and out of the game, so who knows what will be next. Indeed, all of Knockout City feels like a platform for development and change. Beyond the normal cosmetics and fun intro animations, the field is wide open for other stuff to be added into Knockout City. The game feels ripe to go on one of those Rocket League runs into “immortal living game” territory. League play begins this week, and I expect it to be heavily populated. I further expect plenty of people to plop down the twenty bucks to keep playing when the ten-day free period expires. 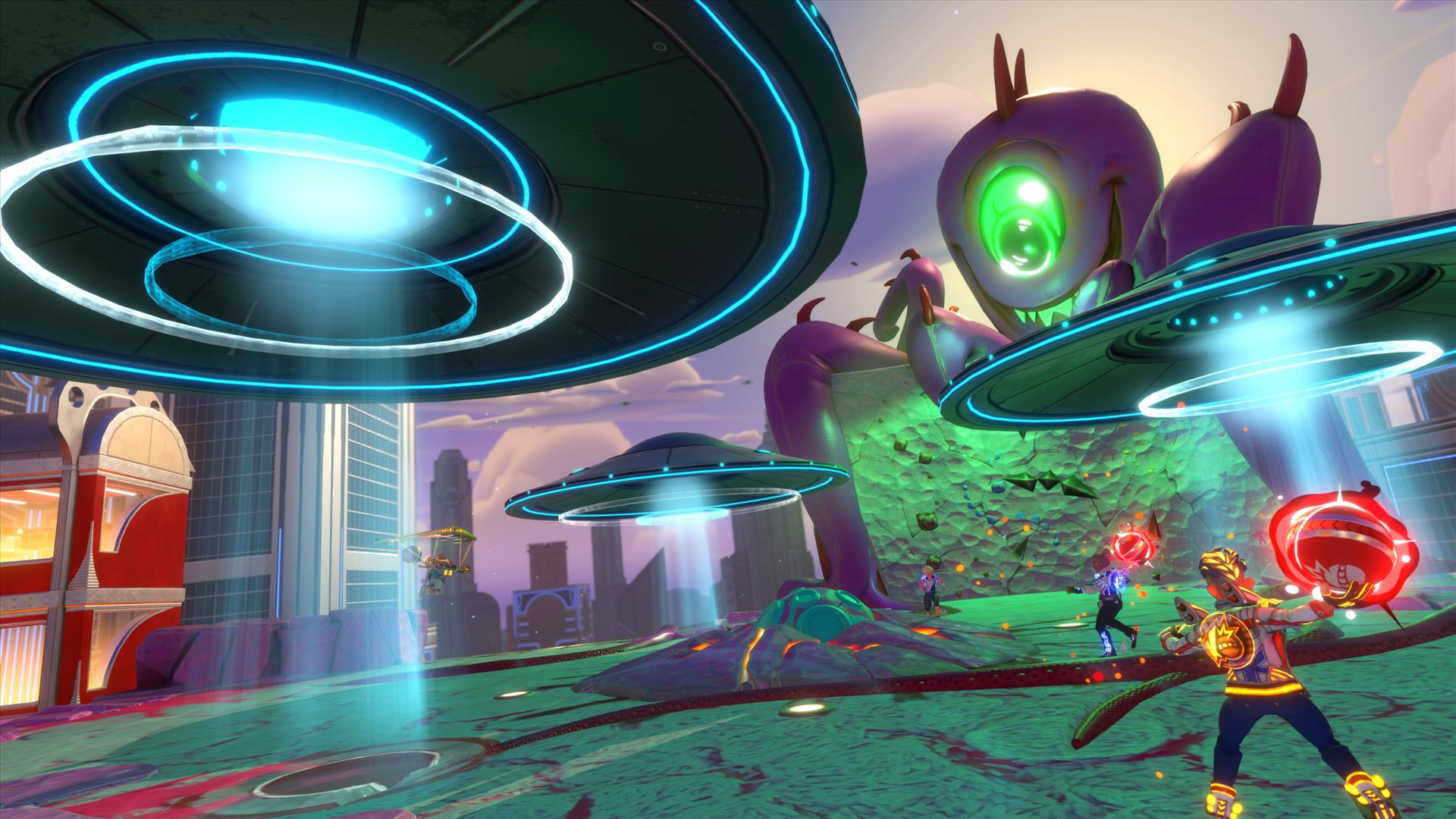 I cannot stress how nice it is to have an online game that doesn’t involve killing people. My daughter asked me if she could play, and I didn’t even have to think about it, I just handed over the controller and started teaching her the controls. Even the chat is turned off by default, so I knew she wouldn’t stumble into a group of teenagers that would berate her. Everything in Knockout City is tuned to be friendly by default.

Sure, there is skill involved, and players are already starting to separate out into “those that are enjoying a casual good time” and “sharks”. But for the most part, anybody can pick up the controller, jump into a game of Knockout City, and at least feel like being competitive isn’t completely out of reach. Like a bit of practice will allow them to get better. Like it is possible to have a good run, even if you aren’t the best player. 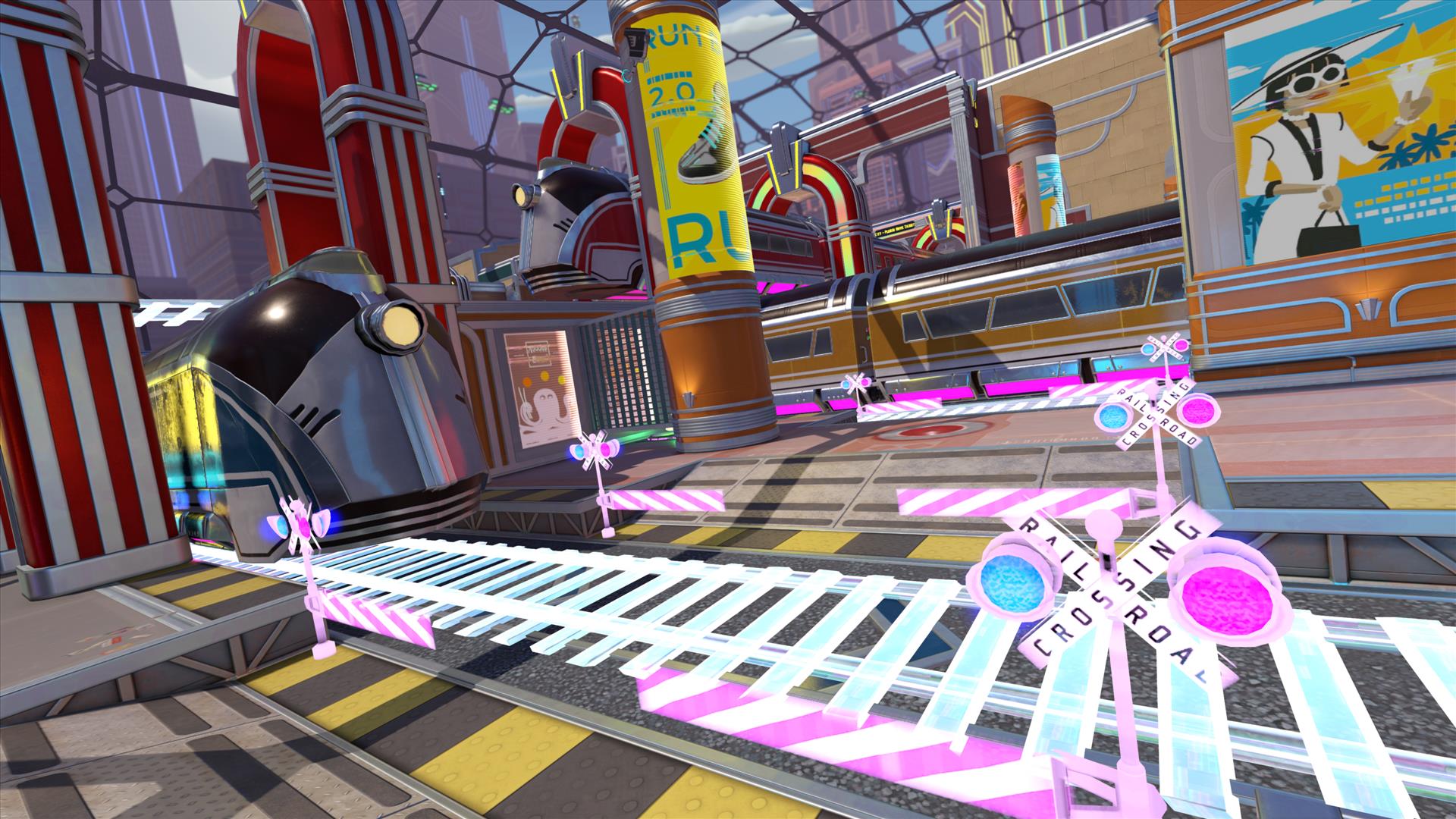 The word that comes to mind when I think about Knockout City is “inclusive”. The character creator mirrors the game’s friendly aesthetic, allowing the player to create multiple characters with any number of racial and gender identities. This is a game that anyone and everyone can jump into and have a blast. People that want to be casual can be casual. People that want to be aggressive can be aggressive. Want to play defensively? Go for it. Want to snipe your opponents without entering the fray? You can do that. Want to make a team and attempt dodgeball domination? The world is yours.

I can’t imagine anyone not loving this game. Knockout City is still fun even when you are losing, which is an achievement in game design. With it’s cheery graphics, bright non-violent tone, and lightning quick gameplay, Knockout City appeals to casuals and the hardcore crowd alike, resulting in a game that is good, clean fun. There aren’t enough of those around, so this one deserves our support.

Knockout City is a rollicking good time, restructuring dodgeball into a competitive team sport that anyone can enjoy. Appropriate for all audiences, there is plenty of fun here for casuals and the hardcore crowd alike. Knockout City leaves plenty of room for the game to grow and expand, making it a solid platform for success as a living game. Bright, cheery, inclusive fun.