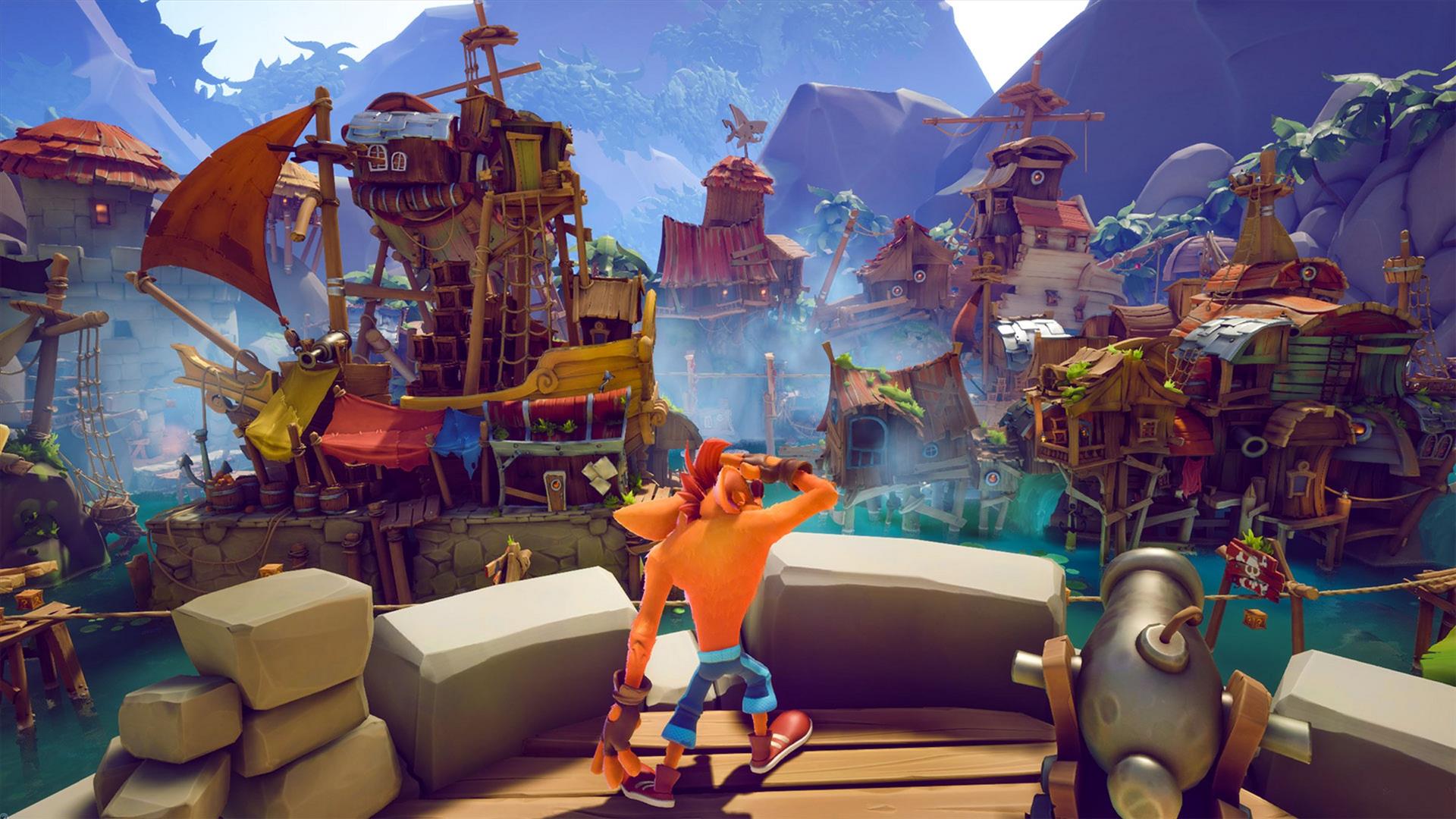 Crash Bandicoot 4: It's About Time

Written by Charlie Coleman on 4/2/2021 for SWI
More On: Crash Bandicoot 4: It's About Time

Gaming Nexus’s own Eric Hauter already did a marvelous job reviewing Crash 4: It’s About Time. Incidentally, that review can be found by clicking here. That was only a few months ago but Eric reviewed the PS4 version of the game. Eric summarized his 9/10 excellent score review with this closing statement:

“Crash Bandicoot 4: It's About Time goes far beyond expectations with the number of characters, modes, and levels that it includes. Series newcomers are likely to be rudely smacked upside the head by the blistering difficulty, but longtime fans will delight in the incredible ways this title iterates upon its storied past. Highly recommended.”

Incidentally, I fully concur with Eric’s judgement on Crash 4. If I were to surmise my own conclusion on the game, it would sound strikingly similar. So, why another review so soon? Well, the kind folks at Activision have provided us with a copy of the newly released Nintendo Switch port to review. Given the difference in system power, developers porting games to the Nintendo Switch typically have to make concessions. The question is whether those concessions, in their varying scale, significantly impact the overall experience or not. 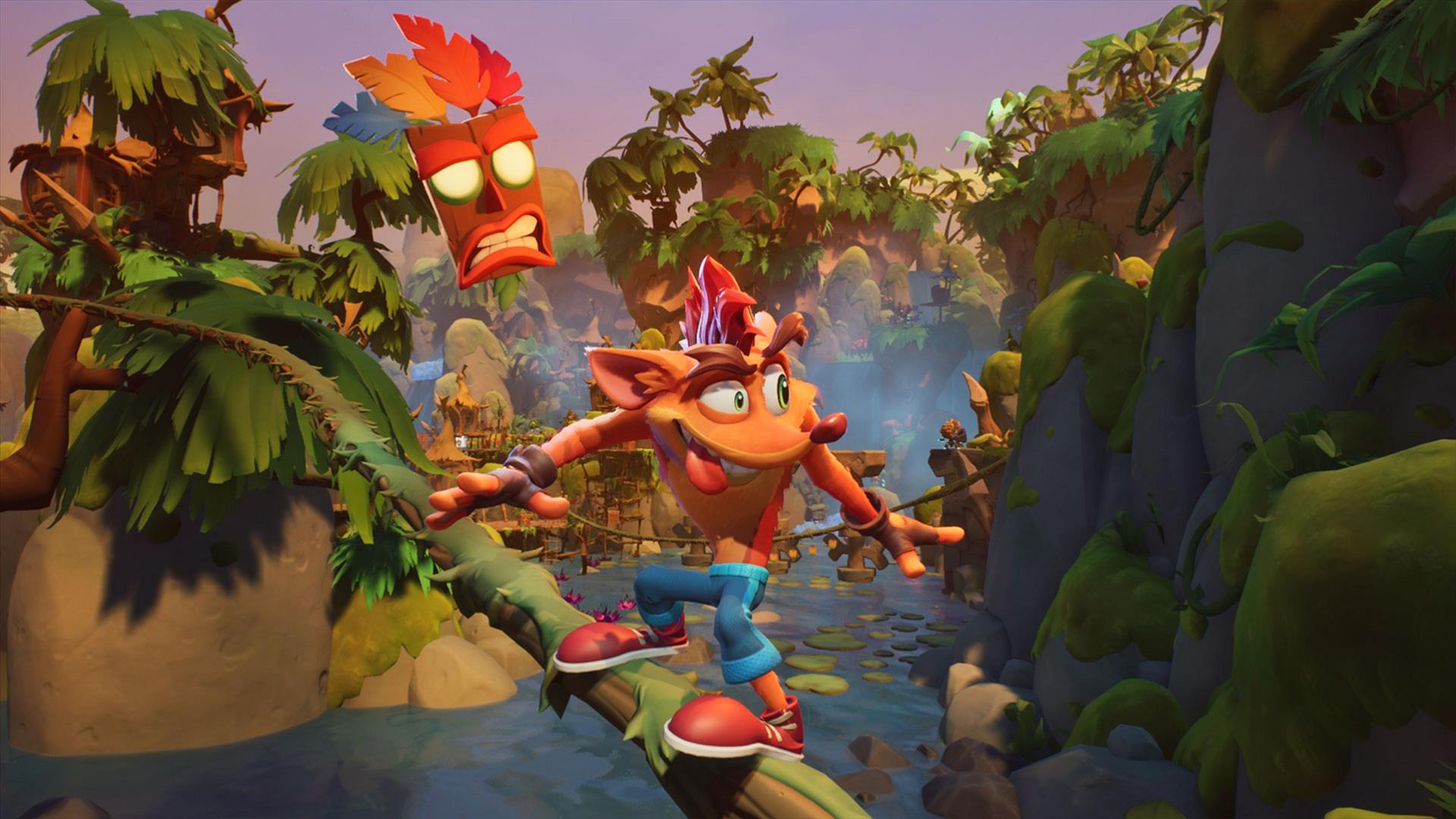 In regards to content in the Switch port of Crash 4, absolutely no concessions are made whatsoever. Players will get frustrated at—or enjoy—all the same levels on the Nintendo Switch port as all other versions of the game. That wasn’t necessarily a given either, considering the enormous amount of content on offer. There’s no exclusive DLC or anything of the sort for the Switch version but all the main levels and various modes are intact. That’s 43 main levels as well as 43 N. Verted levels and 21 Flashback levels. There’s tons of challenging content to enjoy while you’re sitting on the couch, on the toilet...or, wherever you play on your Switch in handheld mode.

Content-wise, then, Crash 4 on the Switch is identical to all other versions. That’s not to say it looks identical though. Crash 4 is the most technically ambitious Crash Bandicoot game to date. Thus, concessions have been made to get it running on the inferior Switch hardware. Namely, those concessions come in the form of the two usual suspects: frame rate and resolution. On PS4 Pro, PS5, Xbox One X, and Xbox Series X|S, Crash 4 runs at a buttery smooth 60 frames per second. The biggest difference between those versions and the Switch version is the drop to 30 fps. 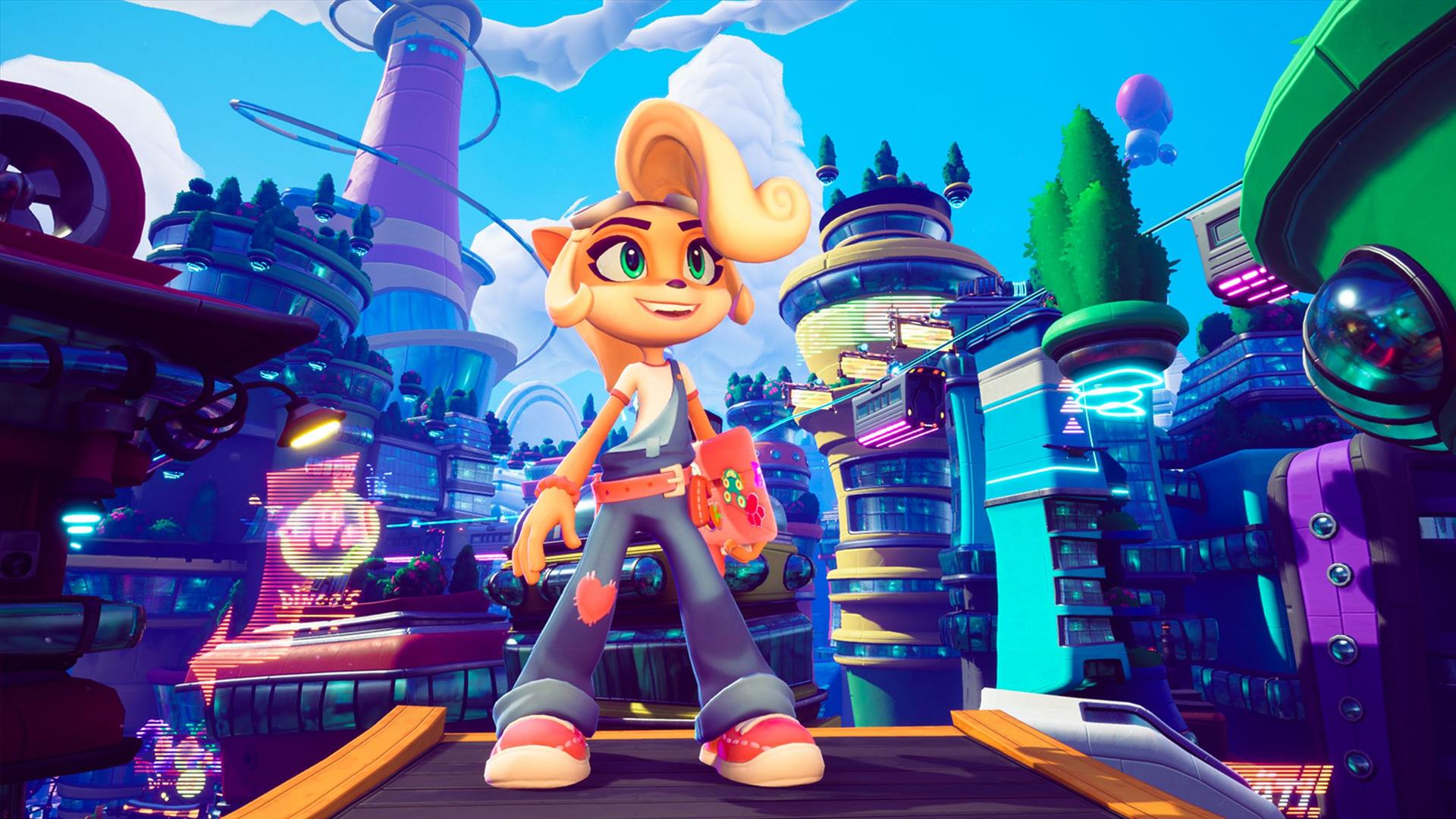 Next up, resolution is the other significant metric that sees a drop off in the Switch version. While docked, Crash 4 runs at 720p on the Switch. In portable mode, this can drop all the way down to 540p; a significant decrease compared to the super crisp 4K next-gen (or are they called current-gen by now?) PS5 and Xbox Series X versions. Someone who only games on their Switch might not really notice or care about this. But if you also play on another system capable of 4K resolution it’s immediately noticeable how blurry the Switch version is in comparison.

So, apart from frame rate and resolution, what other differences are there? Well, due to bandwidth limitations on the Switch, most of the remaining differences are visual. For instance, having played both the PS5 and Switch versions, the downgrade in lighting was immediately noticeable. It might not be apparent to someone who’s either not played the game on another system or watched footage online, but it definitely downgraded the overall visual presentation. In some sequences, lighting is completely removed but in most cases it’s just significantly drawn back. 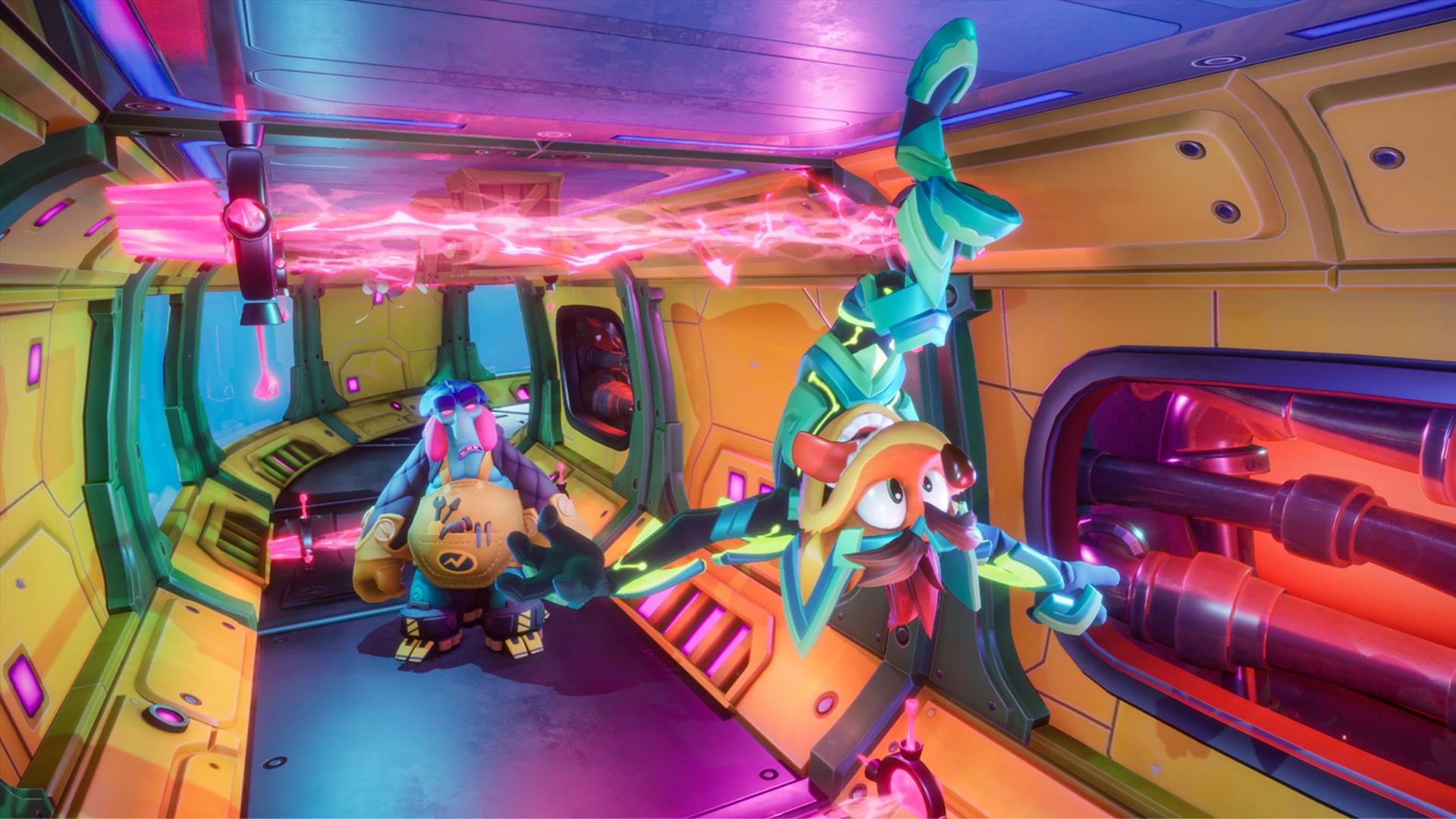 Other noticeable changes to a discerning eye include downgrades in texture quality, shadow quality, geometry, particles, and water rendering. Changes seem to have been made on a level-by-level basis. Again, though, these changes are only noticeable by a discerning eye looking for the differences in the Switch version. On the whole, Switch players will enjoy largely the same experience as all other versions. While graphical concessions are indeed present, the overall level design remains unchanged, ensuring a faithful port to the Switch.

All in all, the Nintendo Switch port of Crash 4: It’s About Time is an example of a successful port. Given the huge amount of content on offer, the concessions made feel justifiable to ensure the port doesn’t lose any of that content found on other versions of the game. Sure, players on the PS5 and Xbox Series X enjoy a super crisp 4K resolution and a buttery smooth 60 fps…but they can’t play Crash 4 while doing their business on the John. Ultimately, that’s the innate benefit of any Switch port. In the case of Crash 4: It’s About Time, the concessions can be stomached if it means delivering the wealth of content on offer. Indeed, the Nintendo Switch port delivers all the exact same content and feelings of nostalgia, frustration, and joy as the other versions of the game.

Like all Nintendo Switch ports, Crash 4: It's About Time makes concessions to run on the less-powerful hardware. Ultimately, though, the concessions are more than worth it to get a great game with a wealth of content running on the Nintendo Switch.