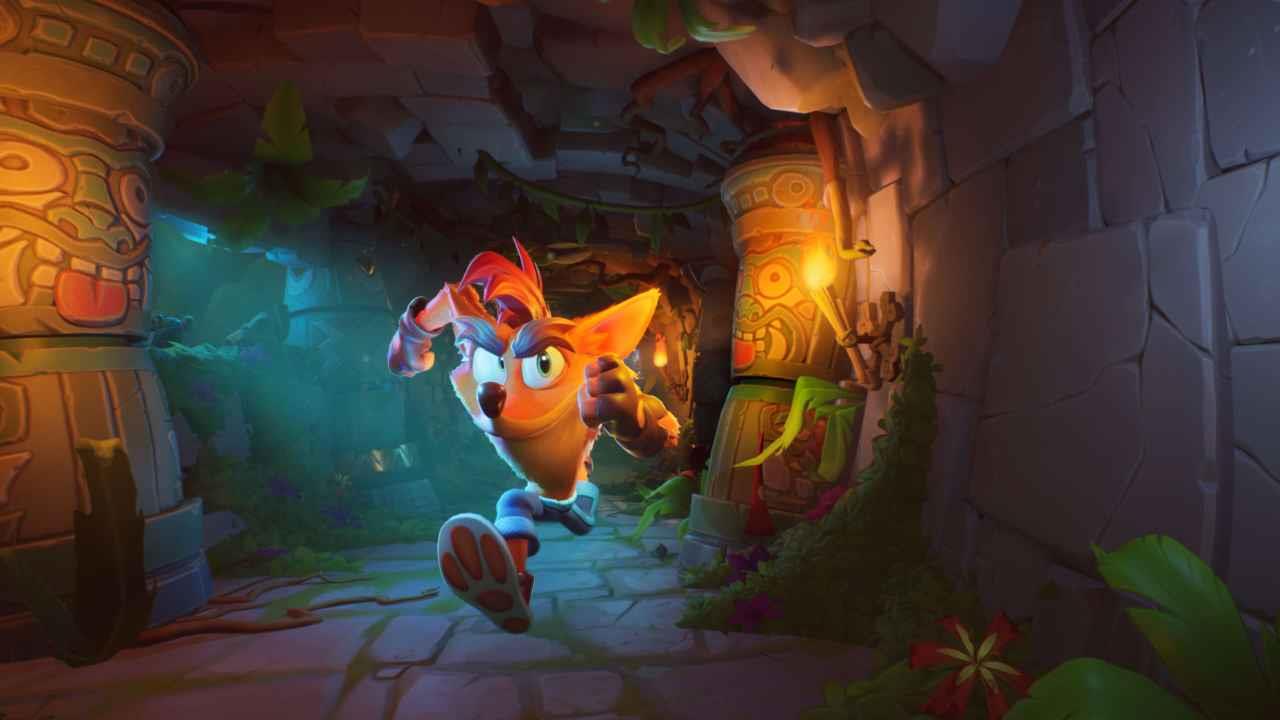 Crash Bandicoot 4: It's About Time

Oh, Crash Bandicoot. I had forgotten.

Around 2005 or 2006, I set out on a madman’s mission. I was insanely broke at the time, and I had a couple of small kids that needed entertaining. Too poor to take them to the movies, or buy any new stuff to amuse them, I settled on a fool’s errand. I had a PS2 and a mountain of old PlayStation games. I looked at what games I had laying around and decided on the series that was perhaps the most kid-appropriate.

To help alleviate our poverty-induced boredom, we would try to beat the Crash Bandicoot games. All of them—including The Wrath of Cortex, the PS2 entry with insanely long load times. And that is exactly what we did. I sat with my kids on the living room floor, and over a period of maybe six weeks, we beat one Crash Bandicoot game after another. I say “we,” but in reality it was mostly me holding the controller and raging out against the insane difficulty of the series, all the while being cheered on by my two tiny sons.

My boys are now 20 and 18 and are both away at college. I have two small kids again, though, ages four and seven (because I enjoy stress). And I thought that it might be fun to have them sit with me while I try to beat Crash Bandicoot 4: It’s About Time. It turns out that this was a horrible mistake.

“Why did you jump there?”

“Daddy, you know that those spit fire. You shouldn’t go near them.”

“You got killed by the octopus, again!” 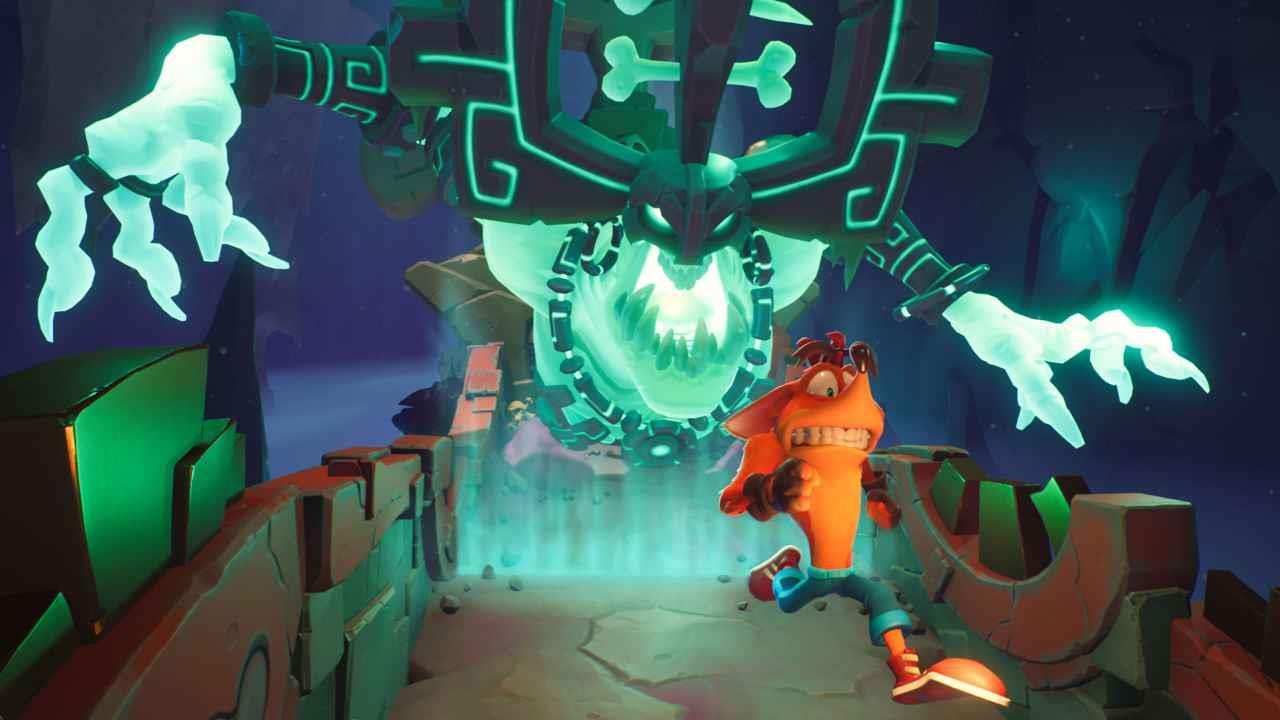 The new Crash Bandicoot has a mechanic where, instead of letting you play through your available lives and then booting you back to beginning of the level, the game simply keeps track of how many times you die during each segment. So I get the pleasure of listening to two tiny torture monsters (of my own creation) sit there and scream “78!...79!....80!” as I drop Crash into the water over and over again.

So, yes. I had forgotten. I had forgotten just how blazingly difficult these games are. And I had forgotten the very specific rage that bubbles up inside me when I die for the 90th time during a boss fight and am soundly mocked by a Greek chorus of adorable demons. The very real compulsion to snap my $50 DualShock 4 in half and hurl it through the family television. The need to go stomp around on the lawn, kicking plants and screaming at innocent squirrels for the sin of looking vaguely like bandicoots. The sudden increase in blood pressure that comes from your own offspring innocently laughing at your failure and pain. 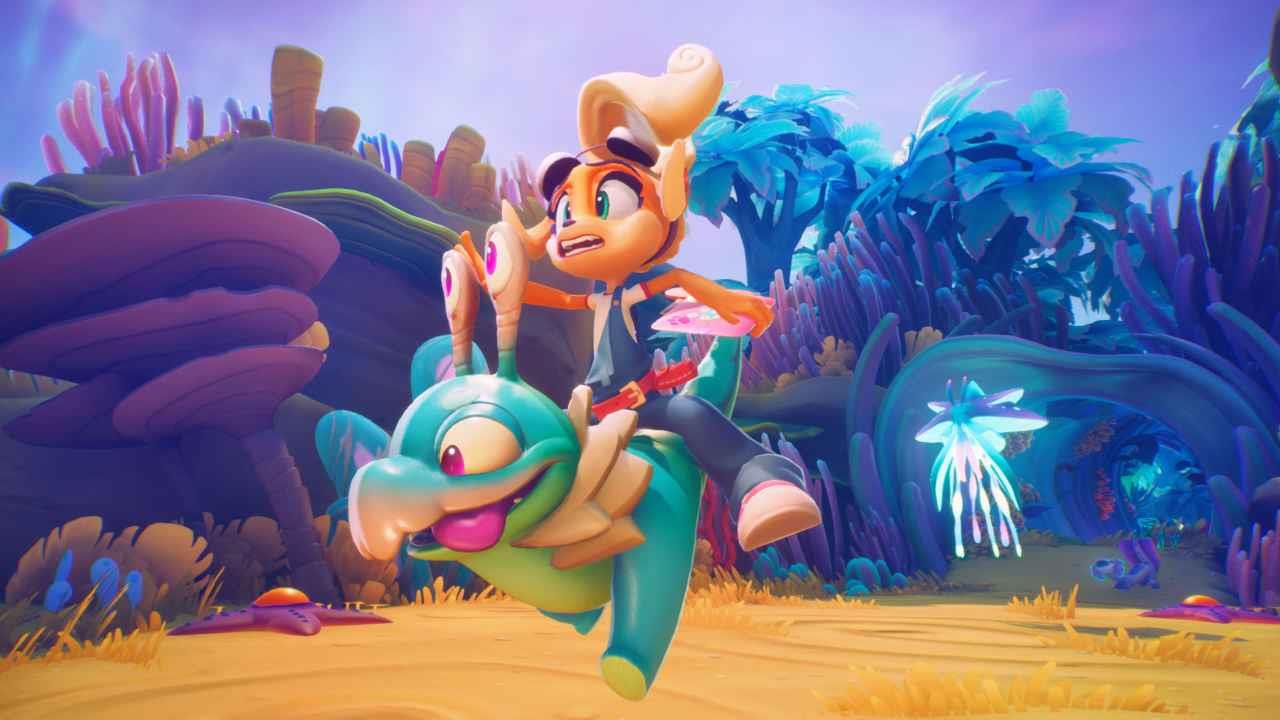 Much like they say a mother forgets the pain of childbirth or she would never have a second child, the rose-tinted glasses of nostalgia made me forget what a nightmare it was to play Crash Bandicoot with my children. It is an exquisite, jagged-edged pain, and I totally love it.

The new Crash Bandicoot is really, really good. Toys for Bob, the development company behind the recent Crash Bandicoot remake, freed themselves from the chains of the past in order show what they can really do. Crash Bandicoot 4 iterates on the franchise’s long-time framework in ways that make gameplay feel both fresh and familiar at the same time. 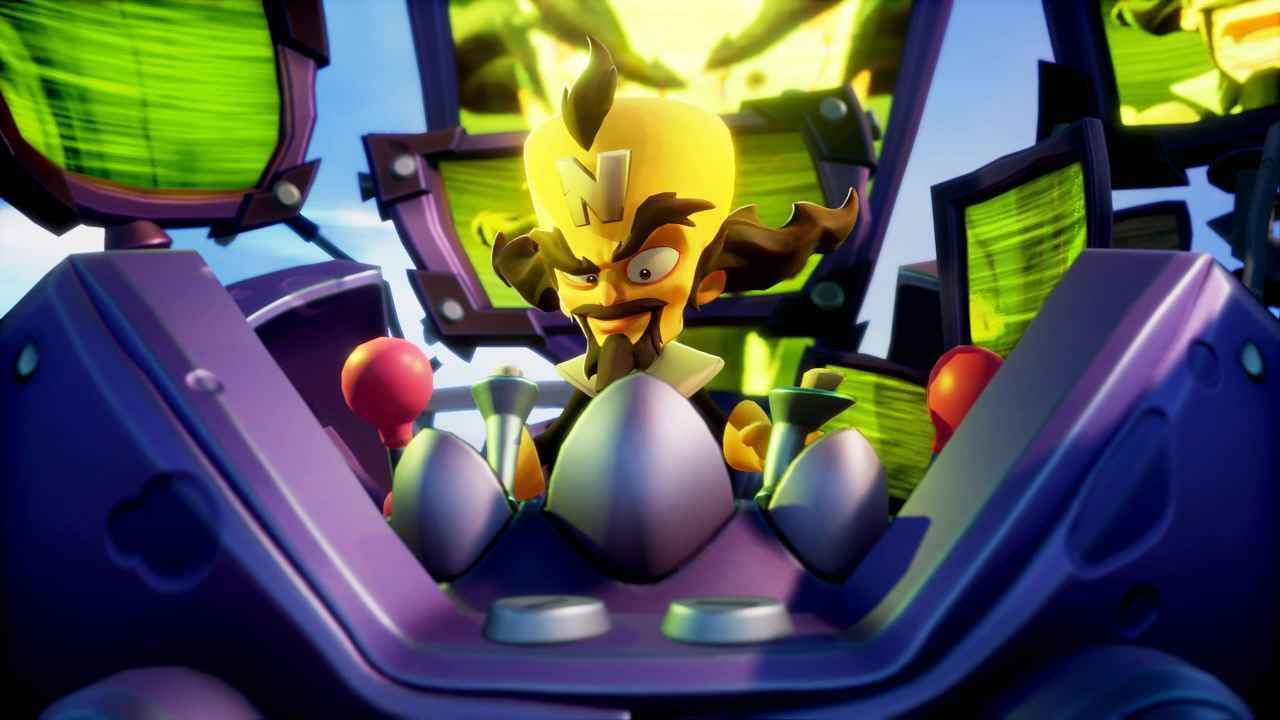 Gone is the node-based level selection from the second and third games in the series, with Crash instead progressing through a series of islands, bouncing from level to level in an overworld that will feel familiar to Mario fans. This linear gameplay allows Toys for Bob to roll out new game concepts at a steady pace, slowly ratcheting up to complexity until it hits nearly impossible levels. This, of course, is exactly what Crash fans want.

The new beat-by-beat progression also allows for much more coherent storytelling, with new characters and abilities being introduced at a steady clip throughout the surprisingly long campaign. Indeed, individual levels feel much longer than in earlier titles, with each checkpoint typically bringing new mechanics—or at least variations on what came before. The opening level of Crash 4 will feel very familiar to series veterans, with Crash jumping on boxes, spin-attacking enemies, and jumping over simple gaps. But things spiral very quickly into unfamiliar territory from there, and players will need to adapt to some serious challenge, right out of the gate. 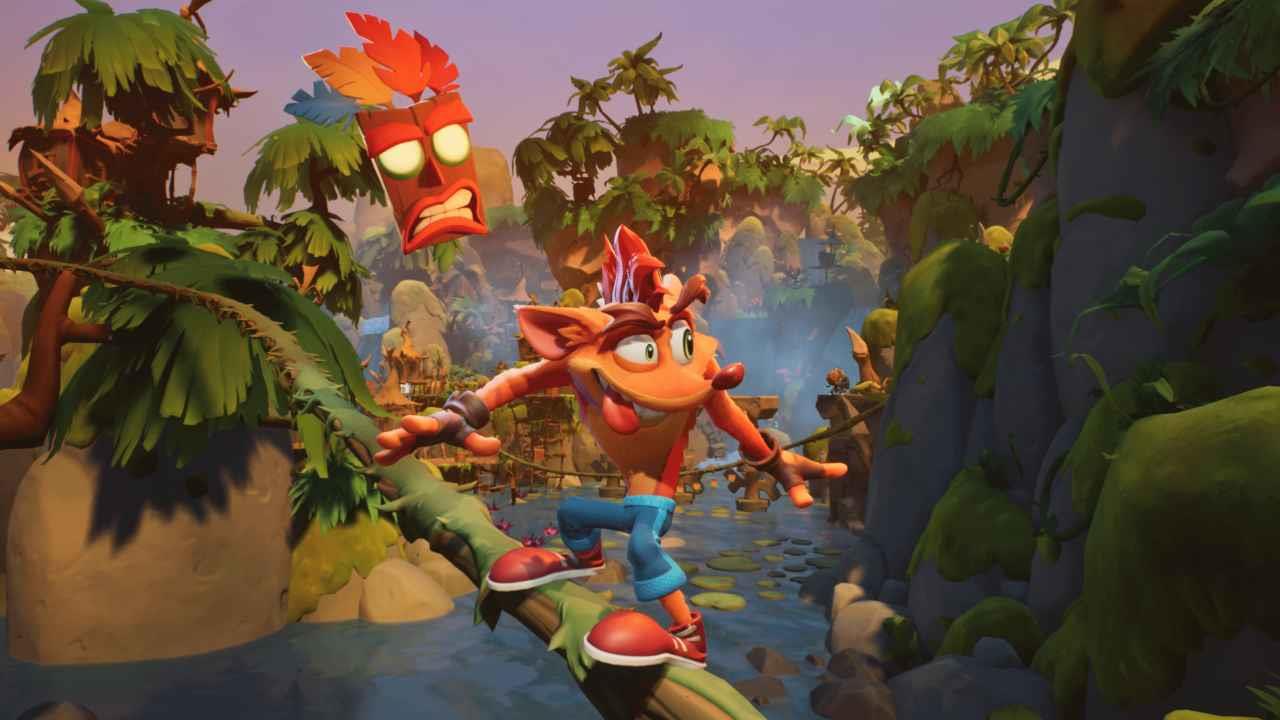 I have no idea how long it will take the average player to beat Crash 4, and I expect that results will vary wildly depending on how much skill one brings to the table. As you might have surmised by my introduction, my skills—never good to begin with—have become rather rusty. I played and reviewed the Crash remake a few years back, but I was at least familiar with those games, able to rely on muscle memory and teeth-gritting determination to get back on board. But with Crash 4, some of the mechanics are so new that memory does not apply.

At the beginning of the game, the baddies from Crash 3 escape from their prison in an attempt to…I don’t know…do cartoon bad guy stuff. Much of Crash 4’s early game focuses on trans-dimensional flip-flopping, with a new mask giving Crash and his various surrogates the ability to toggle objects in and out of existence. To the player, this means sometimes traversing extended areas of the game toggling platforms. Meaning, you jump from a platform towards one that does not exist, with a shimmering outline indicating its position. In the air, you must use the right trigger to flip the platforms, vaporizing the one you took off from and summoning the one that you are aiming to land on. At its core, this mechanic is simple enough, but Crash 4 iterates on it in such confounding ways that it makes the mind boggle. 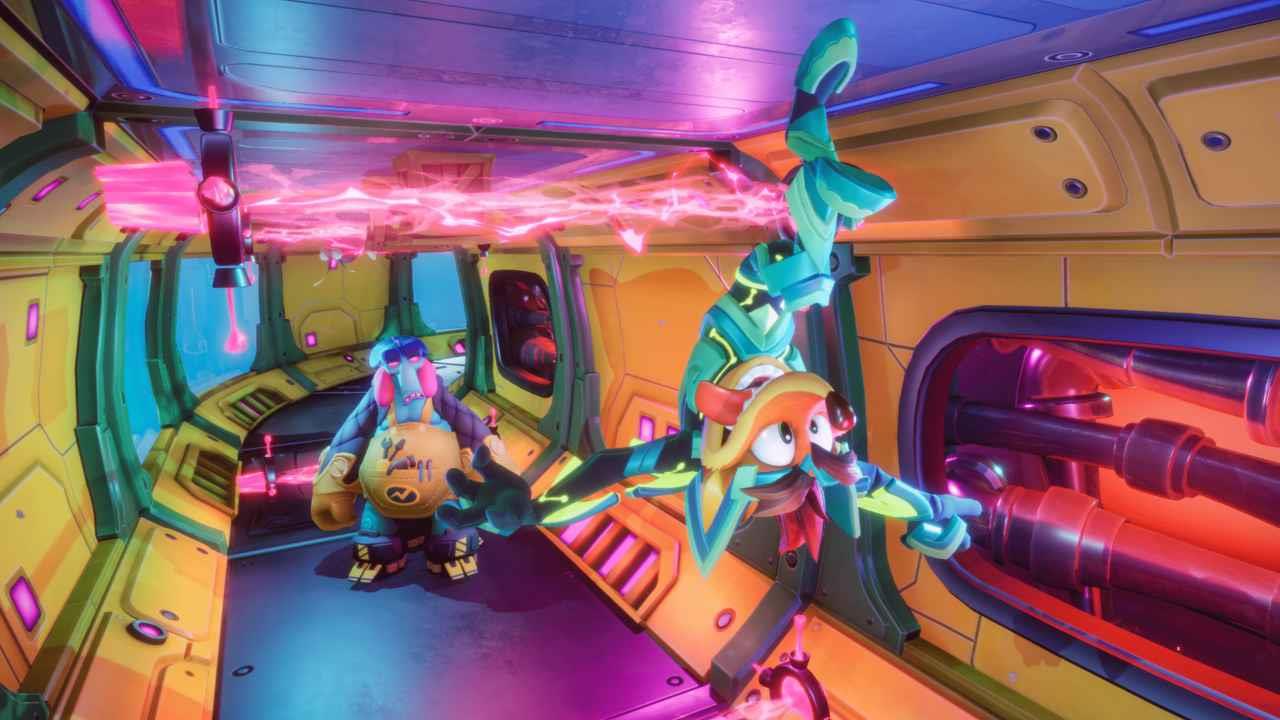 And that phase shifting mask is just the tip of the iceberg. As the game goes on, more masks are uncovered, which alter increasingly game-altering mechanics, which the game then proceeds to slowly ratchet tighter and tighter, like one of those skull-bursting medieval torture devices. There is a mask that changes the behavior of crates, a mask that allows Crash to slow time, and a mask that flips gravity so the floor becomes the ceiling. Each of these mechanics is fine-tuned and iterated on in breathtakingly original ways.

There are two types of Crash players: the ones that are just on a mission to get to the end, and those that are driven to collect every box, gem, and secret in the game. I expect that many of the obsessive collectors will be driven by Crash 4 to give up their completionist ways and join the rest of us on the “I just gotta get through this” path. Crash 4 is Dark Souls-level difficult at times, and adding the pressure to complete every challenge simply to unlock alternate skins will drive many compulsive gamers over the edge into madness. 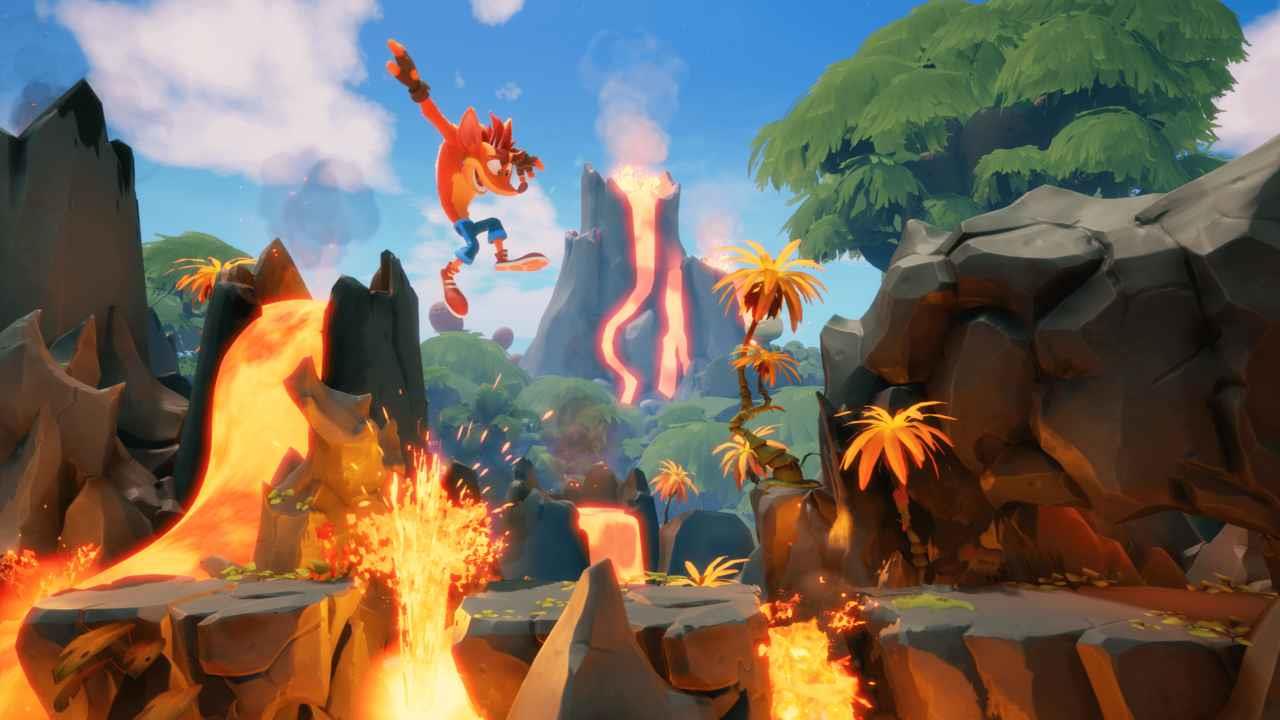 There is an enormous amount of content in Crash Bandicoot 4: It’s About Time, so much more than what used to be included on a PS1 disc. Beyond all of the “collect the stuff, unlock skins” stuff—which alone is overwhelming and seems nigh impossible—there are side “Flashback” levels that allow players to experience some of the most devious platforming levels from the series’ past. Then there is the insane-o “N-verted” mode, which allows Crash to run through mirror versions of levels from the game, complete with unique art styles.

Tons of characters, tons of modes, tons of challenges, really long levels—Crash 4 is fairly intimidating in its scope. No one can say that Toys for Bob didn’t deliver a full sequel, as it includes so much innovative content that it’s hard to say where they could possibly go from here.

But I hope that this series does continue. My oldest son is 20, and I might have some grandchildren appearing in the next 10 years or so. It is my sincerest hope that one day, these innocent waifs can come stay with Grandpa for a few weeks and sit on the floor while the spits and curses and stomps his feet, raging hopelessly against the new Crash Bandicoot game.

Crash Bandicoot 4: It's About Time goes far beyond expectations with the number of characters, modes, and levels that it includes. Series newcomers are likely to be rudely smacked upside the head by the blistering difficulty, but longtime fans will delight in the incredible ways this title iterates upon its storied past. Highly recommended.