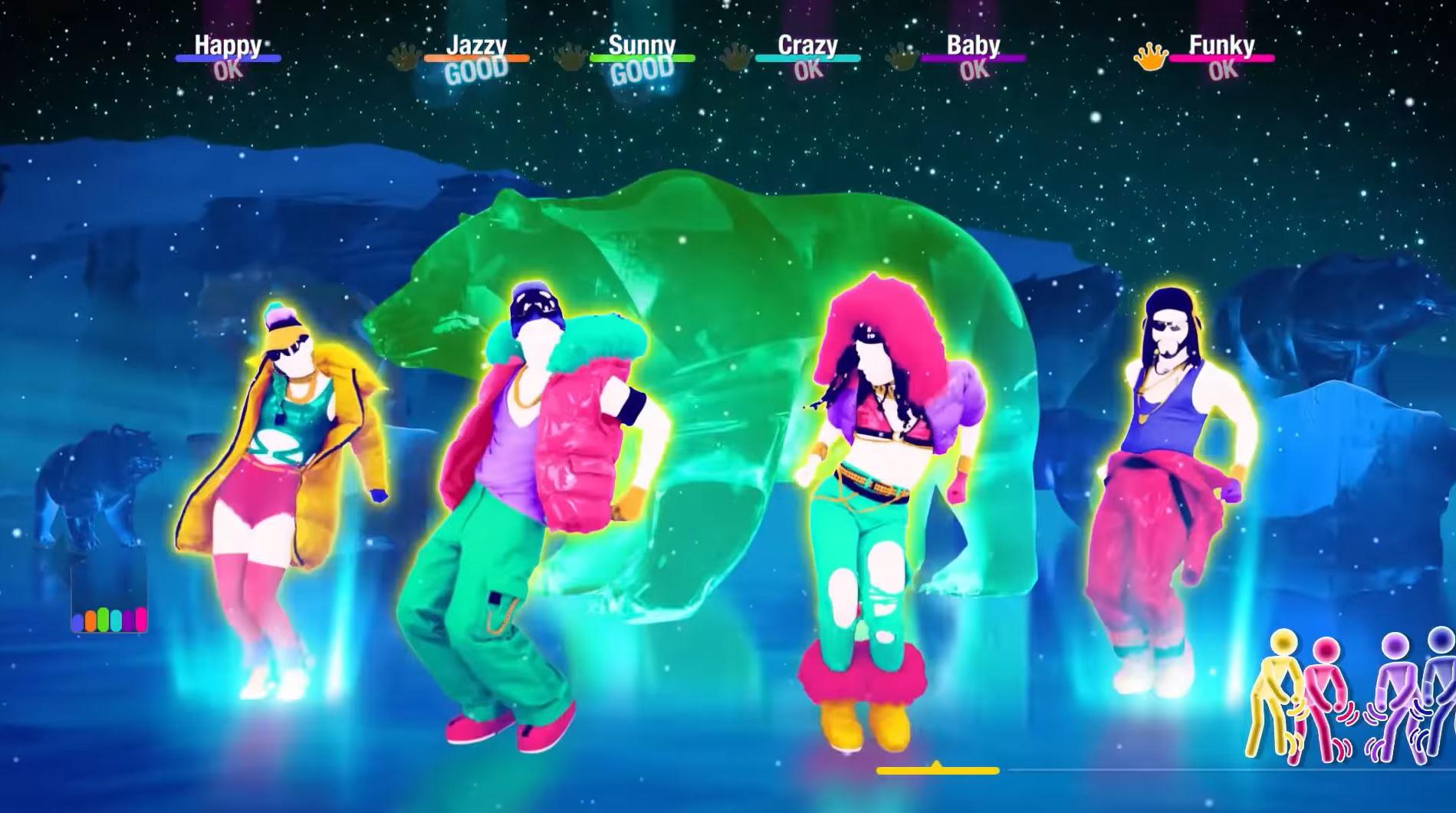 As a writer, it is always interesting to me which articles that I write catch on with the internet, and which disappear into the ether. There is no real way to predict what will take on a life of its own, but every now and then and article gets legs online and refuses to die. In April of 2020, I wrote a piece about Just Dance 2020, and how my family was using it to spend time together and get some exercise early in the pandemic. Somehow, this article is still getting read today, continuously appearing in the top 20 articles on Gaming Nexus. 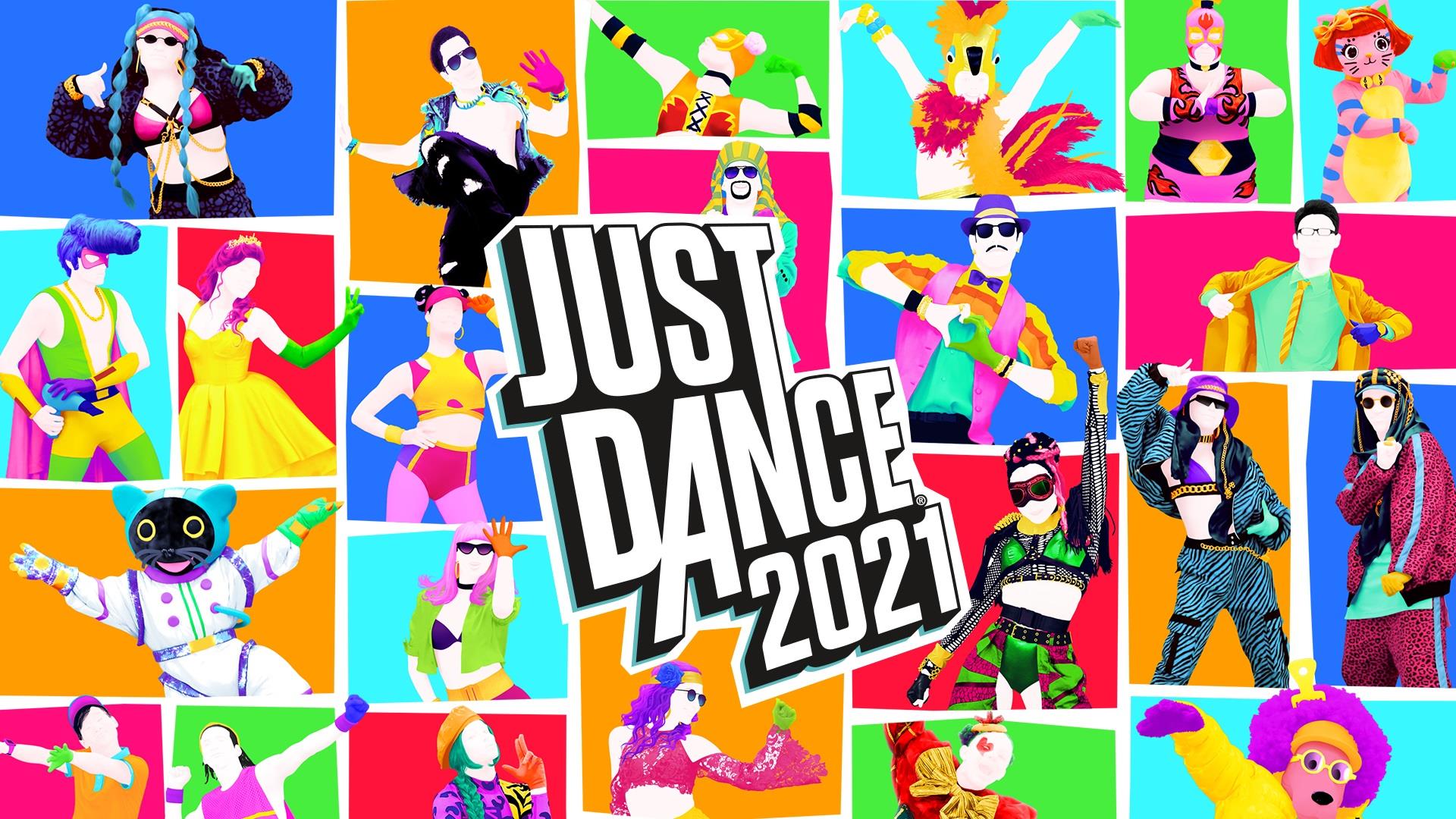 Its unclear what algorithm keeps popping my Just Dance article into people’s feeds – perhaps it is just the quiet popularity of the Just Dance franchise - but the spirit of the article holds true. Eventually, after several months, my family pivoted away from Just Dance 2020 and moved on to other pursuits to keep us entertained on what I’ve started calling our “Mission to Mars”. But that didn’t change the excitement that built up at my place in anticipation of Just Dance 2021. Having previously dismissed these games as weird niche party games, my family has completely turned the page on the Just Dance franchise. We are fans.

The day before the release of Just Dance 2021, I dug all of my old phones out of a drawers, started them charging, and updated the Just Dance app. If you are unfamiliar with Just Dance, here’s how it works: Just Dance plays a banging song, usually with a pulsing, prominent beat. On the screen, a person (or people) engages in an animated and energetic dance, with colorful, lively animations playing out in the background. Players grip their personal devices in their hands, and attempt to mirror the dance being done on the TV. Hilarity ensues.

After linking the phone app to your session (we play on Stadia), Just Dance uses the gyroscopic voodoo in your phone to track your movements and judge your performance, rating each move on a scale from “Missed” to “YEAH!”. Getting good scores causes your level to go up, which in turn gives you coins you can spend at an in-game gacha machine. Prizes all pertain to customization around your profile pic, with little catch phrases, avatars, and backgrounds awarded from a seemingly bottomless well. This entire level system is utterly pointless, but its harmless and the kids get a kick out of it.

Obviously with stuff like this, practice makes perfect – or at least, practice makes slightly better. I’ve found that taking one trip through a song for learning purposes generally results in much better scores on a second or third try. Just Dance 2021 comes with a generous helping of 40 songs, and a free one-month trial to Just Dance Unlimited, which unlocks every song ever made for the franchise. This is a lot of content. Simply becoming proficient at the package’s songs is a challenge. The Unlimited songs are what I consider to be “flailing songs”, with the exception of the well-remembered tracks from last year’s edition. 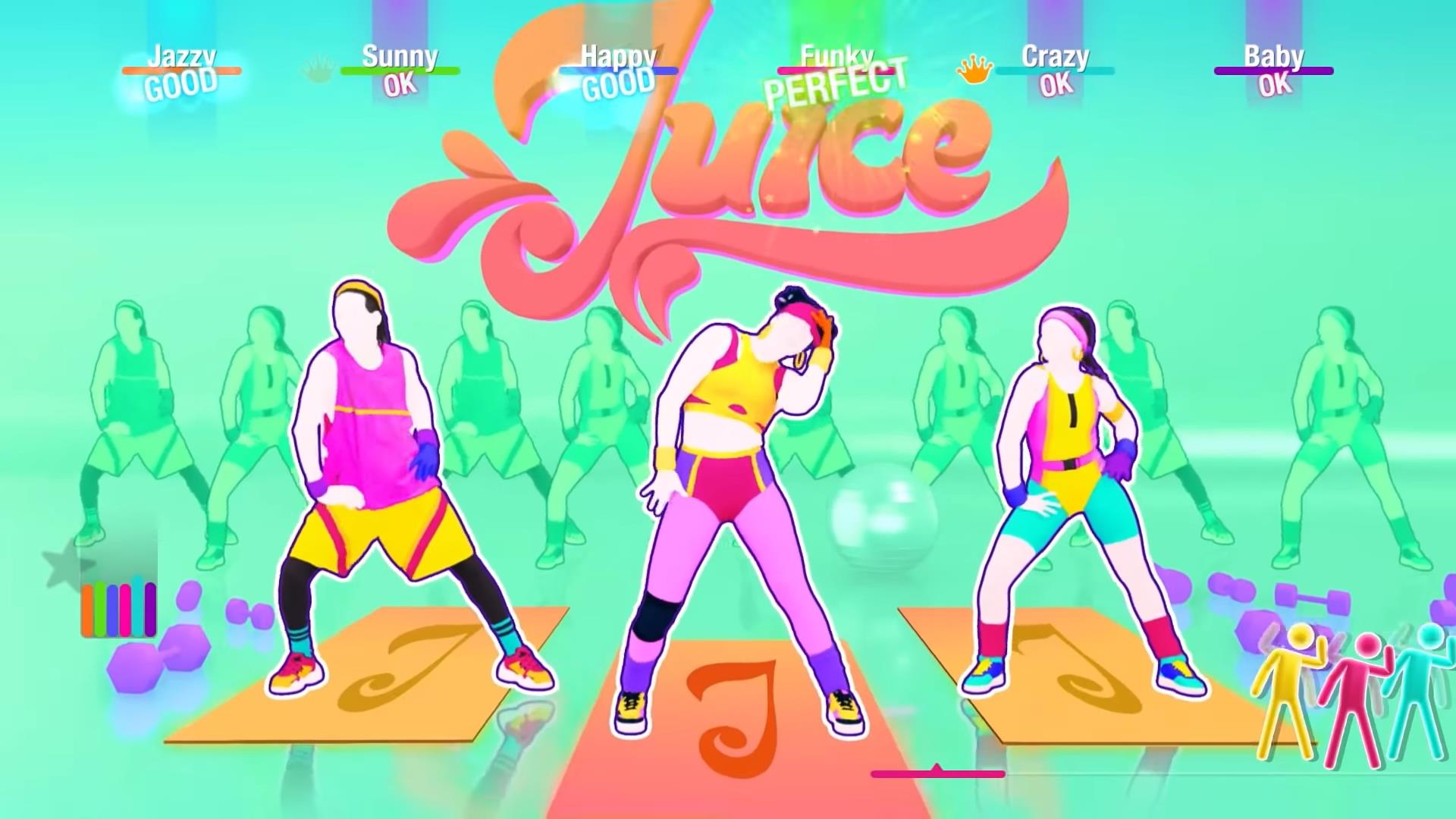 Songs are designed for a variety of player counts. A single player can perform any of the included dances, but there are songs included designed for duos, three, and even four simultaneous players. This can get kind of crowded in my tiny living room, but we still give it a shot now and then. Four people tromping around in unison to the Village People’s "In The Navy" can be a pretty funny sight.

Except for the new tracks, not much else has changed since last year’s version of Just Dance. I’ve not played previous editions, so I don’t know if this is a trend, but the UI and flow of the 2021 version is almost completely unchanged from 2020. Of course, it doesn’t matter very much, as the entire point is to shuffle the player from one song to another, and the current UI is perfectly serviceable. But those expecting an entirely new experience will be a bit disappointed. 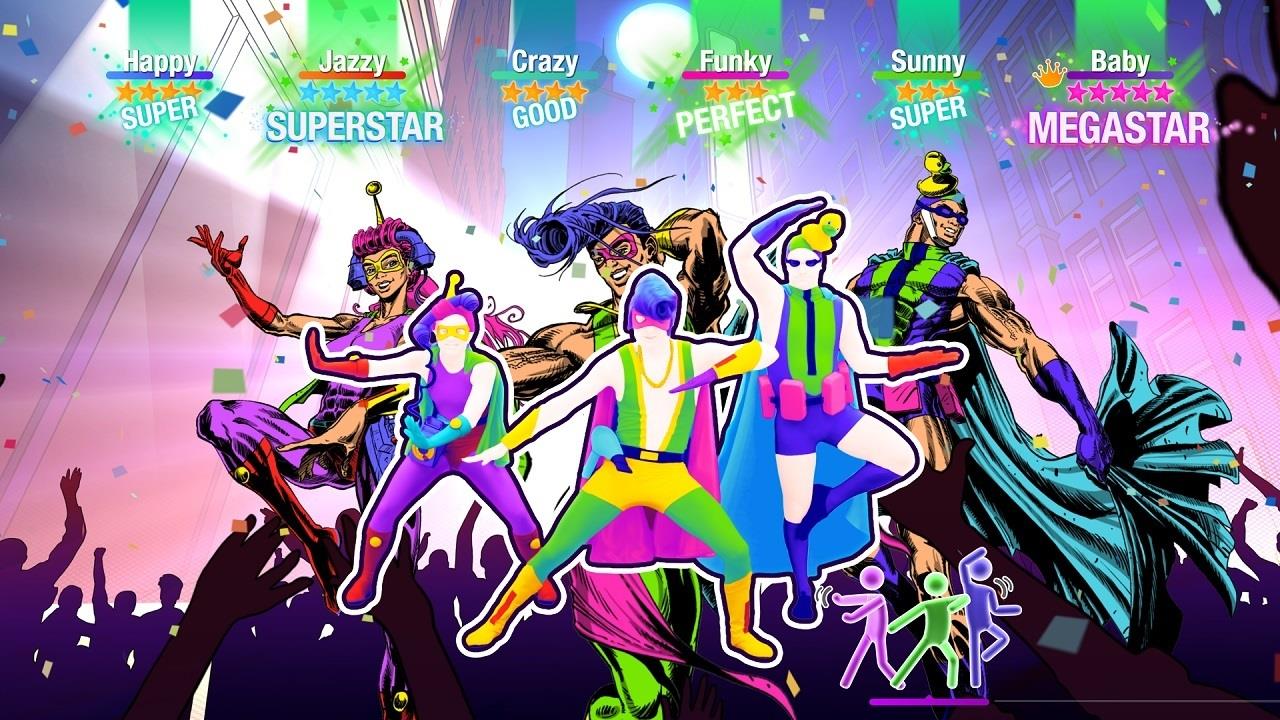 Also returning from last year is the rather magical World Dance Party, where players hop online into a giant international pool of cross-playing dancers and compete for the top slots. During slow periods, you might find 50 people from around the world (the game likes to announce things like “You were just dancing with seven dancers from Brazil!). But if you hop into World Dance Party on the weekends, you will find yourself in a herd of hundreds. Events usually last for three songs, with each performance pushing you up and down the chart. Songs are either randomized or voted upon, so playing World Dance Party is a great way to get experience with tracks you might have otherwise avoided. It’s also pretty funny with the entire world troll-votes Toy Story’s "You’ve Got A Friend In Me" into the rotation.

The track list this year is just as strong as ever, with more familiar songs like "Juice" by Lizzo and Harry Styles’ "Adore You" mixing it up with tracks by lesser known (to me, at least) international artists, with a few originals and sound-alike covers thrown in to compensate for what I assume were licensing issues. I was a bit concerned with how Eminem’s "Without Me" would play with the rest of the list, but a nicely edited version combined with some fun background animations quickly put my fears of my children running around the house shrieking curse words to rest. Just Dance is a great way to familiarize yourself with songs you don’t know – in fact, last year I made a playlist of all the songs (minus the dreaded "Baby Shark"), and I plan on doing so this year as well. The songs in this game can be surprising and unexpected, leading to some "What is this? Oh, I know this song!" moments. 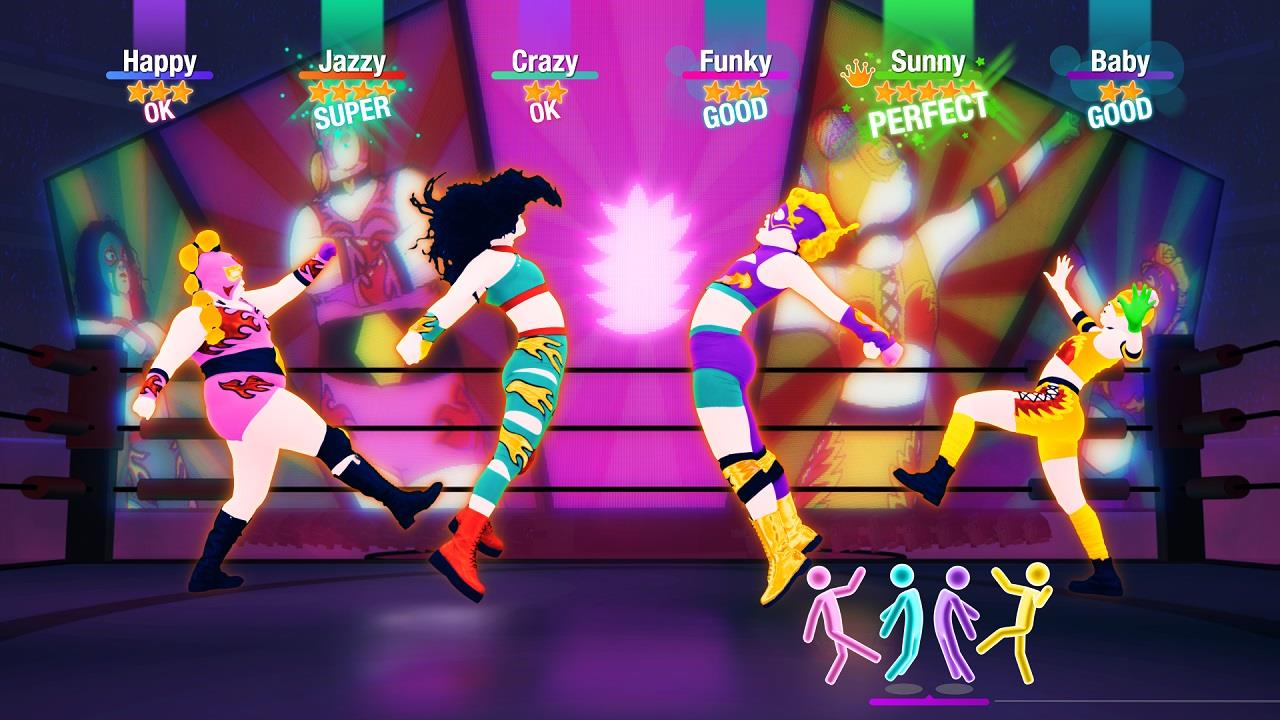 The dances this year feel slightly simpler than the ones I recall from last year, relying a bit more on patterns and repetition. While this may be a drawback to some, me and my old man legs are perfectly happy to have things chilled out a little bit. Just the fact that Ubi has been able to push all of these recent games across the finish line during the pandemic is a minor miracle, and I have no idea what the process for creating these dances is. All I’m saying is that I’m fine with the difficulty level, and as usual, there are more advanced versions of certain songs waiting for adventurous dancers to unlock them.

I may be making Just Dance 2021 sound like harmless fluff, and maybe it is. But it gives my family an excuse to jump around a bit and get our hearts pumping, and the bursts of bright color and happy sounds on rainy Fall days don’t hurt either. These days, you’ve got to take your fun where you get it. Just Dance brings the fun to you, which is absolutely fantastic when you can’t go anywhere. Now if you will excuse me, I’m going to go ice down my knees.

Just Dance 2021 continues the franchise in precisely the way fans expect; beyond the 40 new tracks, this is virtually the exact same game as last year, and that is totally fine. Happy songs, bright colors, and fun animation make for a welcome good time, and the exercise certainly doesn’t hurt. If you have never tried Just Dance, take the leap. It’s much more fun than you think it is.