Just Dance 2020 on Stadia is keeping me sane

Look, we're all stuck in the house, and it isn't going to end any time soon. The weather is still cool, the rain won't seem to let up for more than a day at a time, and the kids are bouncing off the walls.

My family has been trying to go to the park for long walks at least once every other day (which usually ensures a good night's sleep for everyone), but when the weather is cold and windy, there aren't many ways to allow the kids to burn off some energy.

That's where Just Dance 2020 on Stadia comes in. 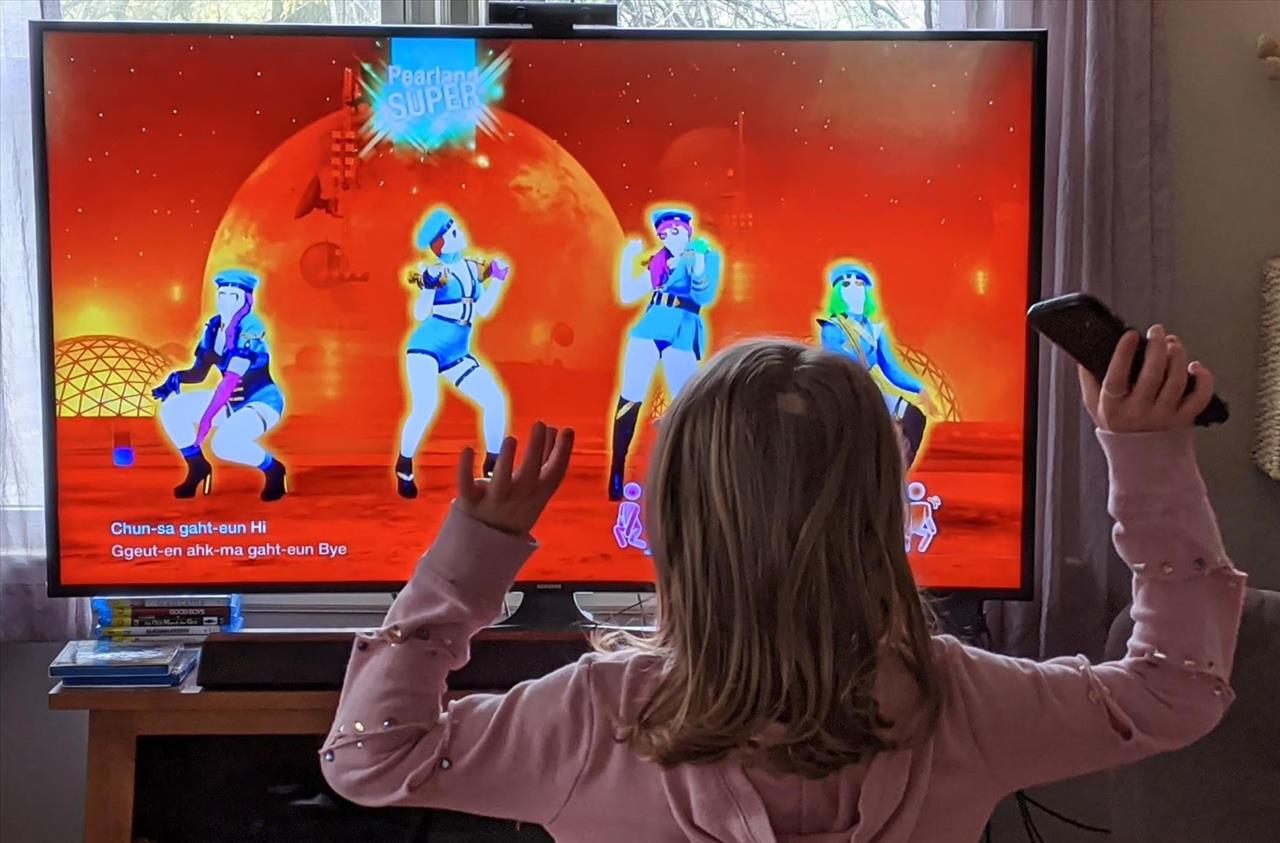 I've never played a Just Dance game before, always snobbishly assuming that the games were aimed towards non-gaming casuals. The trailers looked awful, featuring millennial-types with fake smiles doing awful gyrations. There surely wasn't anything in Just Dance that I would enjoy. My assumption was, of course, dead wrong.

Just Dance 2020 is a shotgun blast of glitter and good cheer to the face, with upbeat music and happy dances for days. With the entire country teetering on the edge of depression, my kids going bonkers with Just Dance is keeping my family sane.

You can choose which song to dance to, or jump into the World Dance Party, which has you simultaneously jumping around to the same song with thousands of people all across the globe. You earn a ton of little awards like titles and icons, but that's not the point. Just interacting with Just Dance is reward enough. The game includes cheerful pop and dance tracks from all over the world, which makes me feel all multi-cultural and stuff.

Playing through Stadia, Just Dance 2020 has you sync a phone with the app in a quick and painless process. I pulled out my old Galaxy Six, and that does the trick nicely. The internal gyroscope on the phone tracks your movements reasonably well, and I don't mind forking over a retired mobile device to a seven-year-old.

Better still, the kind folks at Ubisoft have unlocked the Just Dance Unlimited feature for every player for thirty days during the pandemic, essentially giving everyone access to the entire Just Dance library to play with. Thank goodness for that, as Baby Shark was starting to drive me bonkers.

So yeah, I love Just Dance 2020. But more importantly, my kids love Just Dance 2020. As we struggle to home school our seven-year-old, we have formed a day-to-day schedule and structure for her to follow. This includes (as she demanded) a recess period after lunch. As both my wife and I are working from home, throwing Just Dance 2020 up on the TV and letting her dance herself silly for thirty minutes pretty much covers recess on a cold day. She loves it, and her three-year-old brother sits on the sofa and giggles at her the entire time. It's kinda great.

We're all figuring out ways to get by while the entire country finishes up week five of lock down. Thank God for Just Dance 2020, and enormous thanks to the devs at Ubisoft for making my life slightly easier than it would have been otherwise.