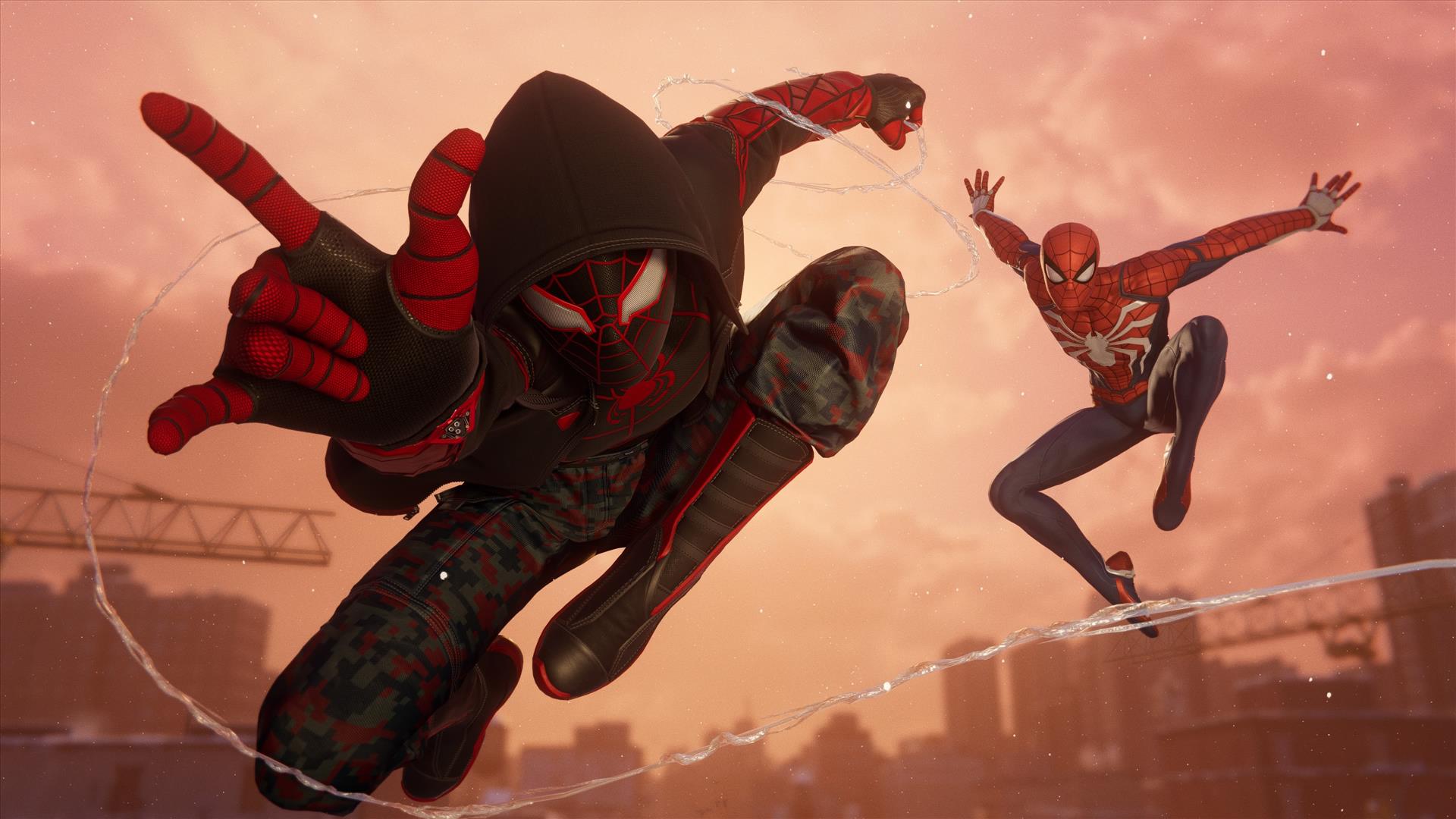 As it turns out, Miles Morales was my gateway into Spider-Man games. Of course, as a gamer I’ve taken swipes as Spider-Man over the years. I was a comic book kid back in the '80s, how could I not love the character? I had to give his games a shot. I suffered through a couple of '90s beat-em-ups on SNES. I played the first Spider-Man game back on the original PlayStation, and I’ve dutifully started almost every Spider-game since then. But I’ve never finished one. The closest I got was probably Ultimate Spider-Man on PS2, but even after getting about three-quarters of the way through, my attention wandered. I love Spidey, but in the game sphere, he never stuck. I never connected with Spider-Man games the way I've connected with the character in other mediums. 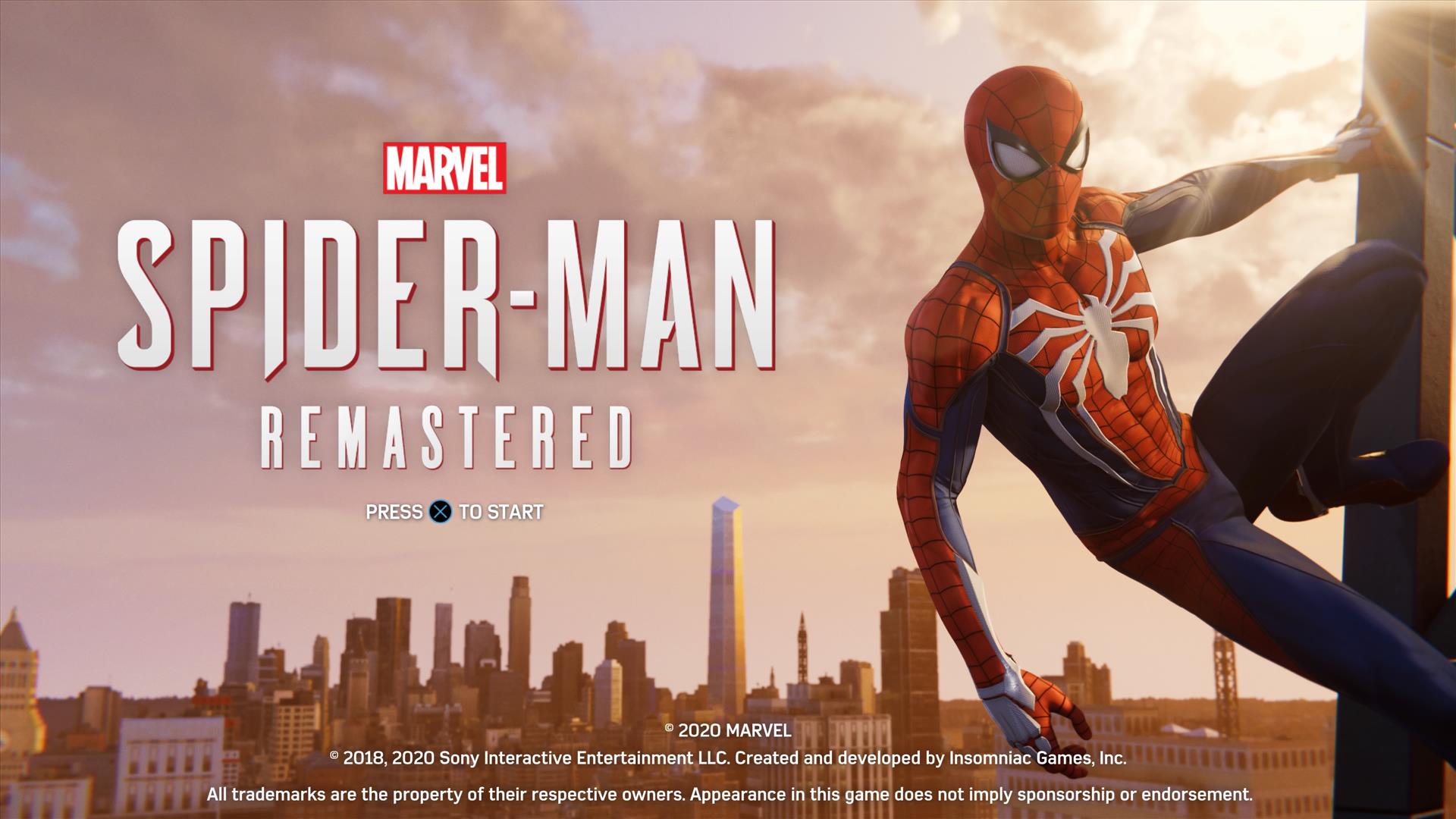 Even Insomniac’s PS4 Spider-Man game, which was acclaimed as one of the best games of the year in 2018, did not hold my attention long. I can’t tell you how many times I’ve beaten that Kingpin fight, just to gain entry to the larger open world and go sliding off the game, intimidated by the enormous number of widgets the game asks the player to collect, and slightly irritated by the various science experiment puzzles that Peter Parker must complete to unlock the coolest suits.

But going into Miles Morales, the stunning new Spider-sequel poised as one of the most exciting PS5 launch games, I knew I had to beat the game. I was reviewing the Miles Ultimate Edition, so there would be no bouncing off. I was locked into a Spider-Man game, for better or worse. 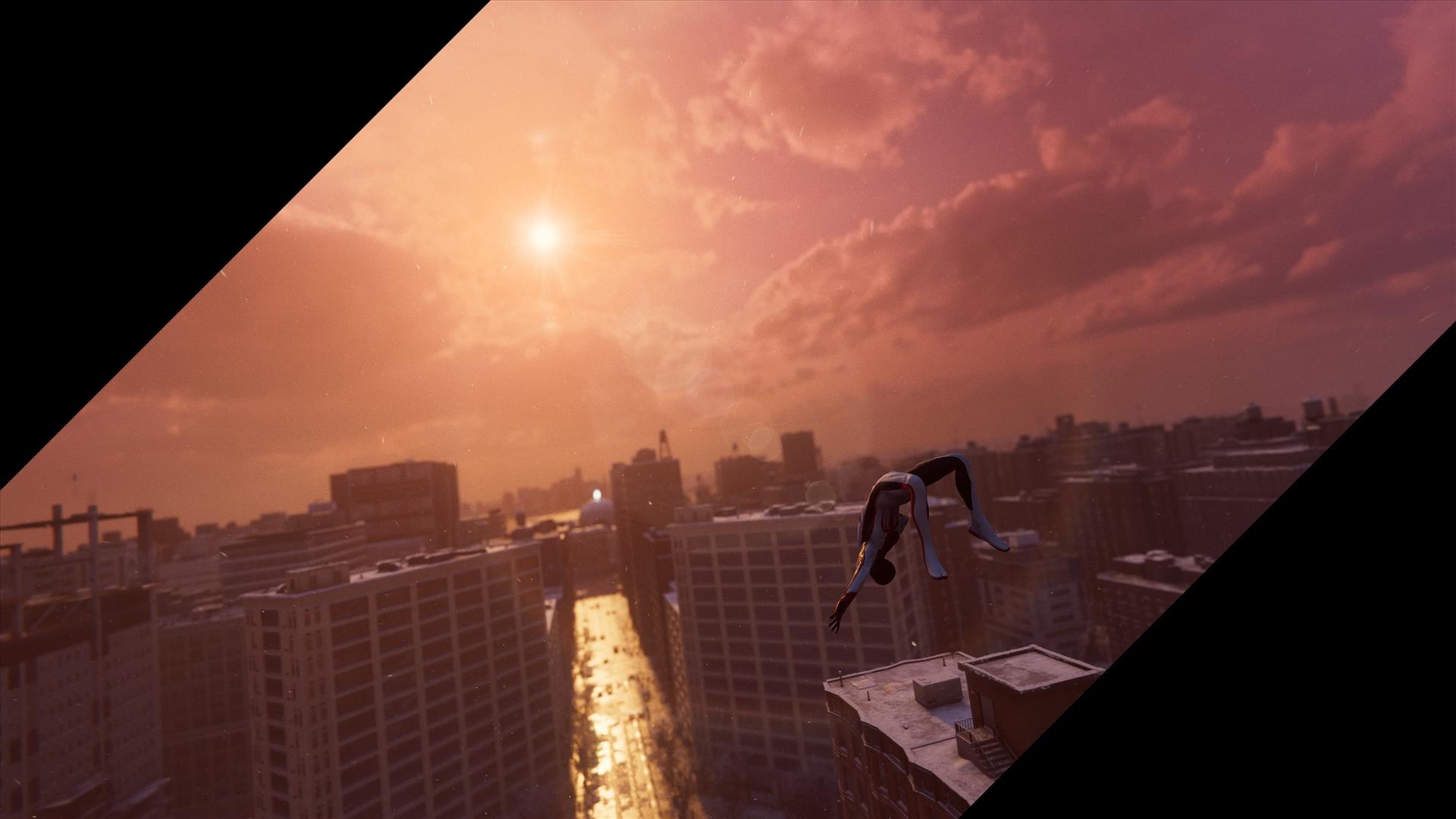 What was shocking to me was just how much I loved Miles’s game. John Yan covered the game’s technical splendor in his great review of the standalone Miles Morales game, so I knew to expect a visual tour de force. But what I wasn’t expecting was the emotional gut punch that Miles delivered.

There is often talk online about “what games made you cry.” There are some usual suspects: The Walking Dead Season One, Life is Strange, What Became of Edith Finch. I’ve enjoyed all of these games, and even had an emotional response to some of them, but no game has ever made me cry. Until Miles Morales.

There are two moments in this game that caused my eyes to well up with tears, sniffling quietly to myself just like I did when watching Pixar’s Coco in the theater with my daughter (who thought I was insane). One moment was an unexpected reveal of such beauty that I was stunned into a reverent silence by it. The other was the well-earned climax of the game, which carried an amazing emotional weight in a time where many find their real-world interpersonal relationships stressed to the point of breaking. 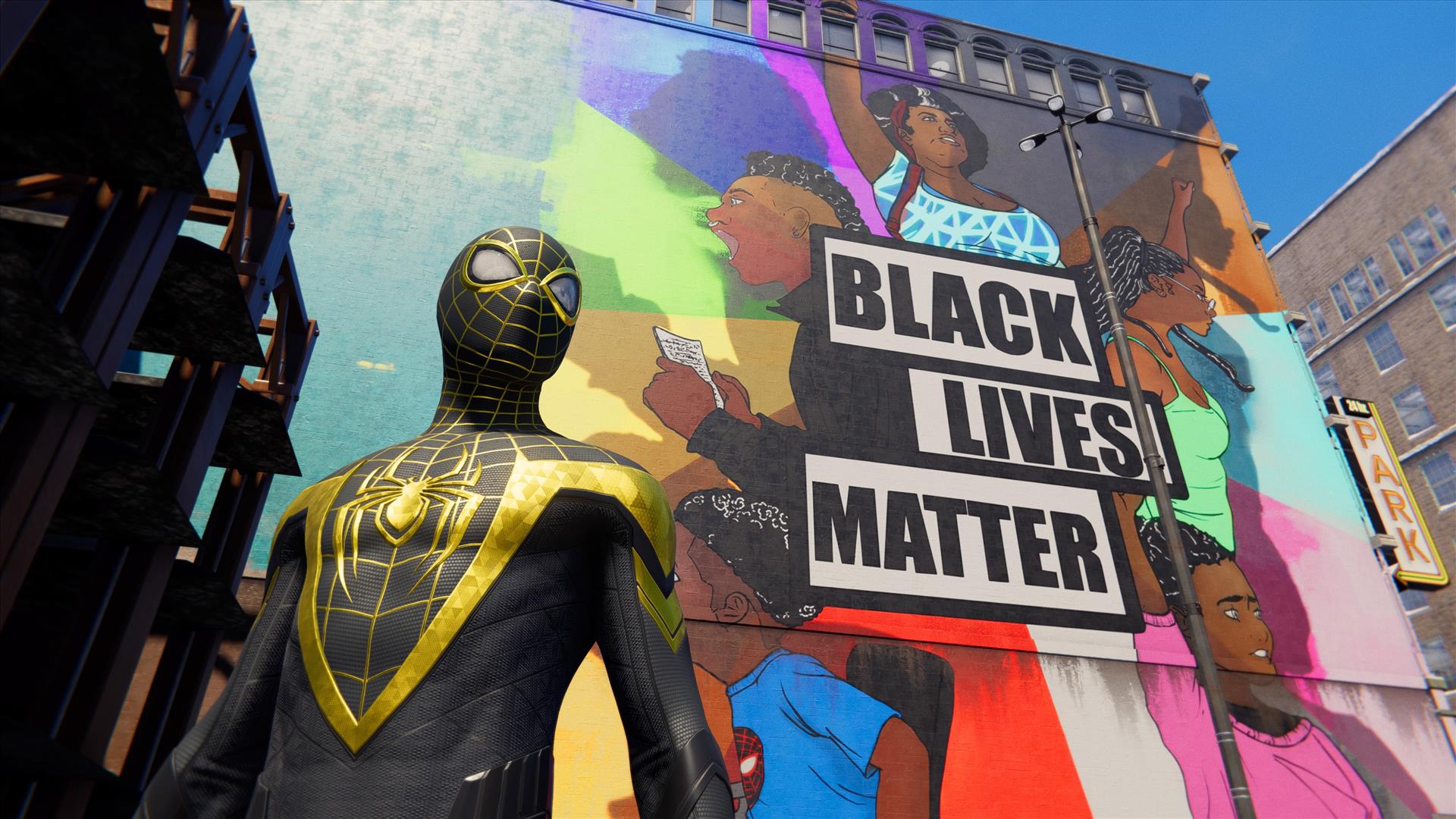 Indeed, much of Miles Morales seems eerily timely, particularly since I know that many of these moments must have been planned and storyboarded years ago. Miles is one of those prescient works of art that happens to fall at the perfect moment, when many of its themes feel relevant to current events. In fact, just the act of swinging through an active and living New York City feels like an act of defiance in the face of the challenges our country is enduring. At a time when I am actively avoiding family members and friends, swinging through a crowd of strangers feels like a poignant reminder that eventually things will return to normal.

Everything is emotionally charged to me in this moment in our shared history – even a game depicting a beloved comic book character. And maybe Miles’s themes of struggling to connect with those closest to us hit me so hard because I’m experiencing a bit of that in my own life. Miles’s constant quest to get his loved ones to stop lashing out and just talk to him is very relatable. But the bottom line is, I found the writing and story in Spider-Man: Miles Morales to carry such weight that I couldn’t wait to jump into Spider-Man Remastered to experience more of that world. 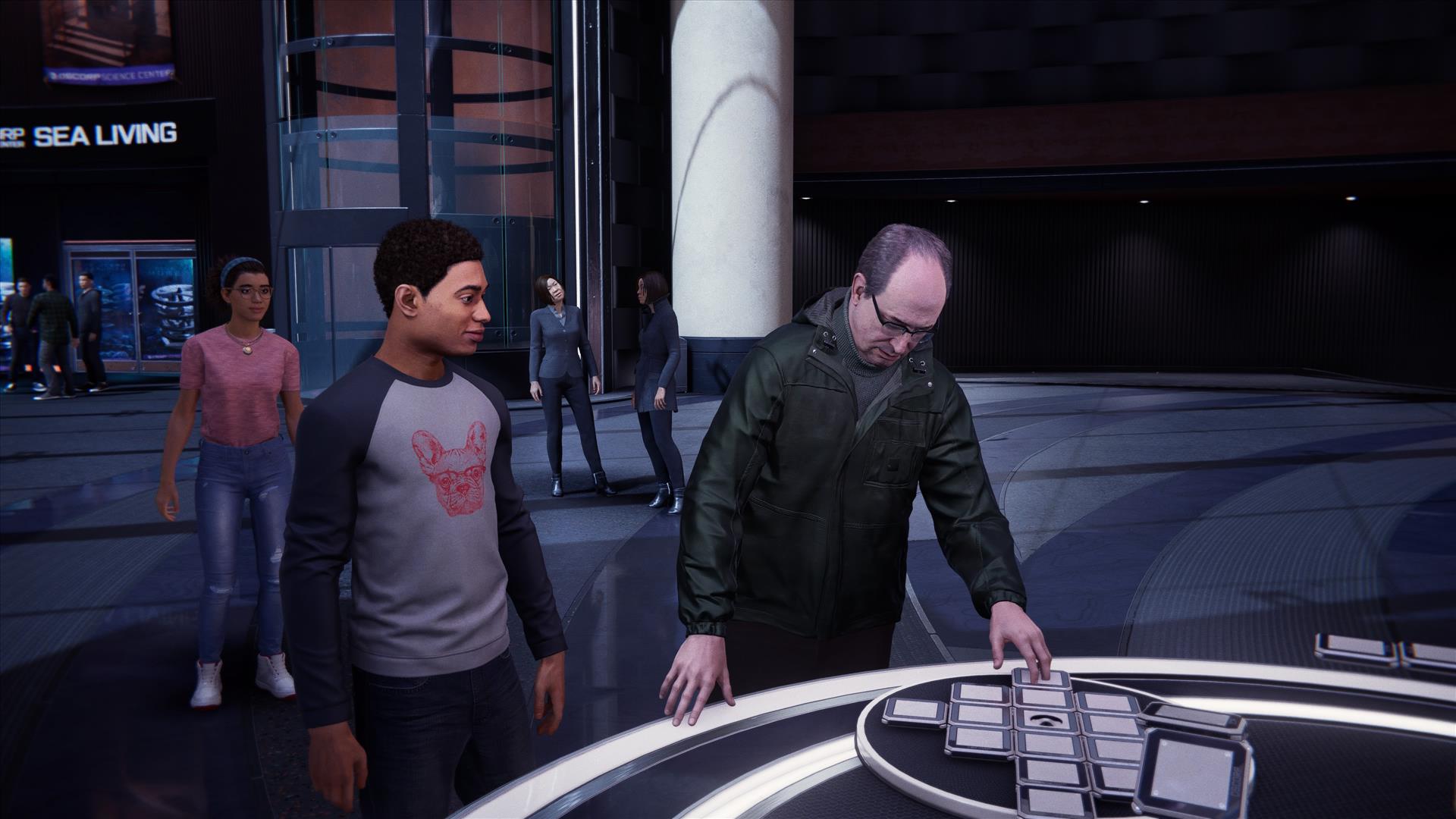 This time, I went into the original Spider-Man fully prepared. I knew how the combat worked. I understood that I could ignore side activities and collectathons with little repercussion (other than J. Jonah Jameson calling me out on his hysterically realistic podcast). I knew how to get around, and how to dodge rockets, and that I would enjoy the game more if I knocked the difficulty down one notch to feel more superheroic. Coming off of Miles, I slid right into the original Spider-Man like a warm pair of worn slippers, and the fit was fantastic.

The original Insomniac Spider-Man game is a sprawling epic, and it carries much the same emotional heft of Miles – if a little less focused. Both of these characters, for all of their unique attributes, share a spirit of resilience that I didn’t realize I needed at this point in my life. And both of these games gave me a little lift when it was desperately needed. 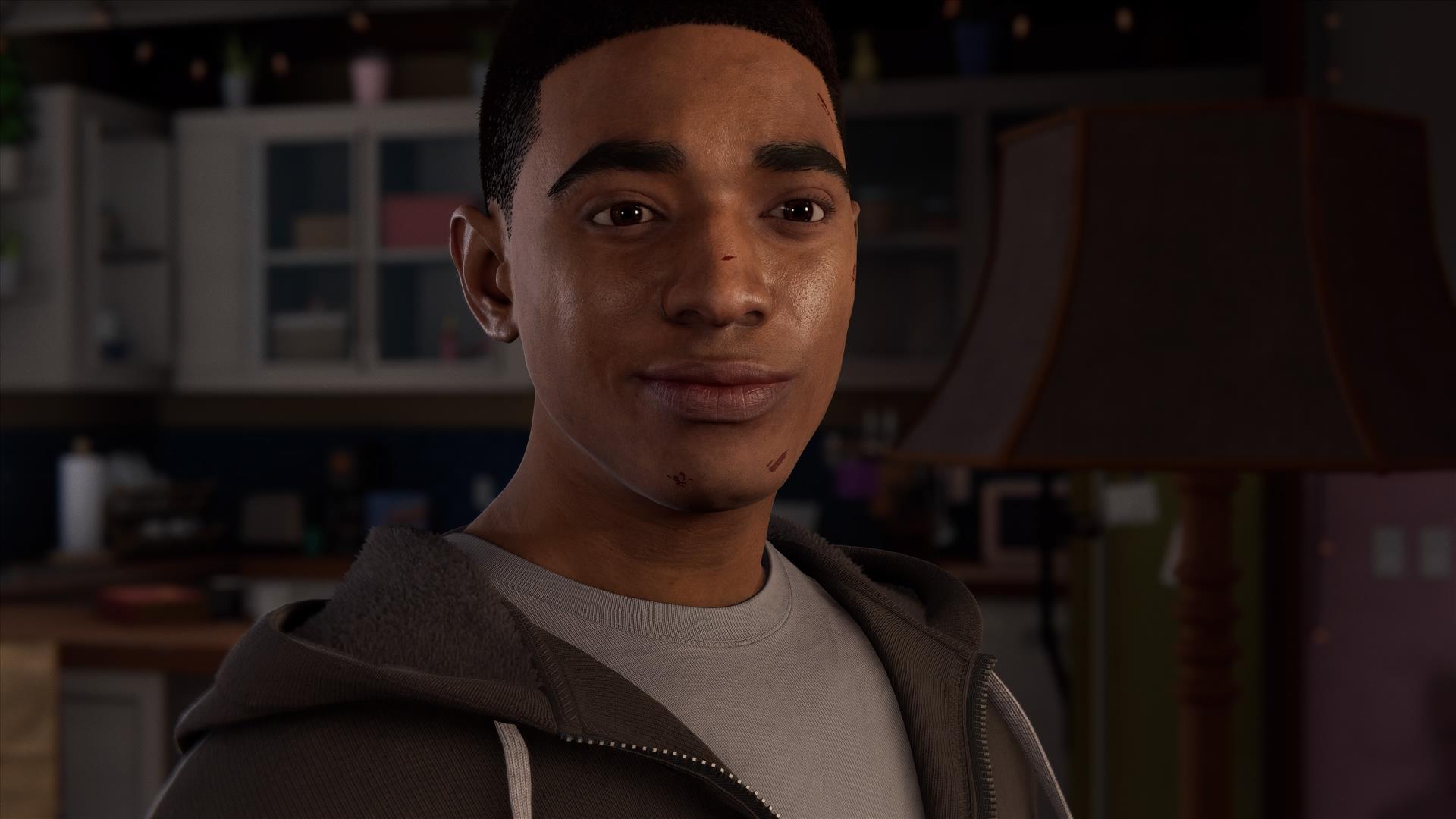 There is no question that these two games, taken as a whole, are a fantastic double-feature. Playing the Peter Parker story feels like a prequel to me, as I started with the latter game. And since I never spent much time with the original game back in the day, Peter’s new face doesn’t bother me one bit. It doesn’t look “weird” or “off.” It just looks like a dude, and if Insomniac says that this dude is Peter Parker now, who am I to argue? For me, the visuals in these games, spectacular though they are, are just a means to an end. What I’m more concerned about are the fantastic, hopeful stories being depicted.

What can I say about these games that hasn’t been written a million times? If you have been looking at reviews online, you already know about how amazing these games look in 4K. You are aware of the “performance” and “fidelity” settings, which give both the framerate kids and the ray-tracing fans the ability to focus on their buzzword performance of choice. You know that Miles is a shorter, tighter game, and that even though it is more focused, you might miss the Mary Jane sections from the original. You have a crystal clear understanding of the awesome haptic controls. What can I express so late in the game that will make reading yet another Spider-Man review worth your time? 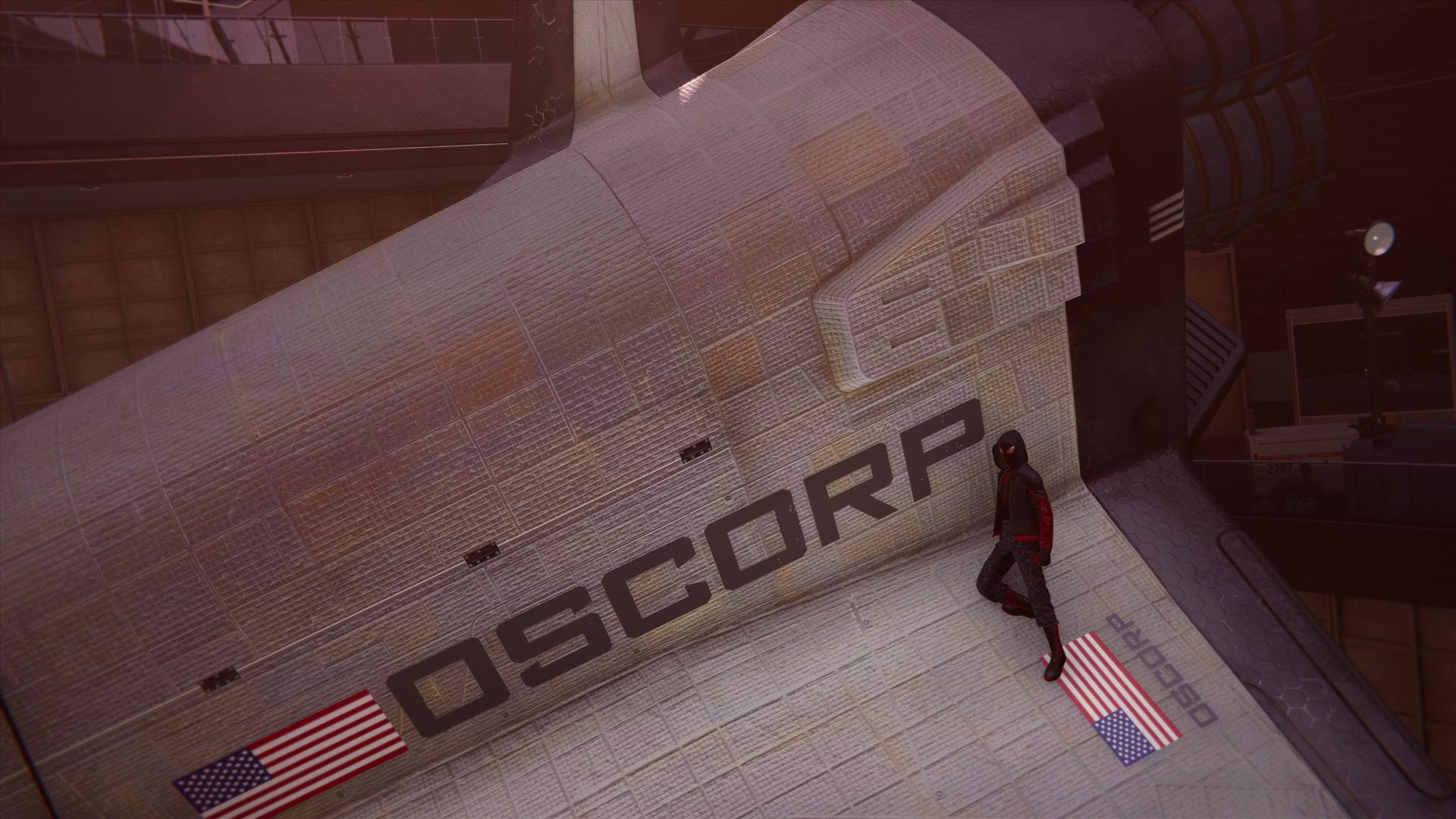 How about this: At a time in my life when I feel incredibly sad, lost, and alone, these Spider-Man games have offered me a safe harbor. In this pair of games, I have found a retreat where I can turn my mind off and spend some quality time with characters that I love. I can laugh at Peter Parker’s terrible quips, and smile at the way that Miles flails around while he web-swings. When everything seems so bleak, the clouds refuse to part outside, and I worry that I just won’t find the energy to get out of bed and take care of my family, I can take solace in the fact that the world can’t be that bad, because we all share a common love for these characters. With these Spider-Men as our heroes, perhaps we aren’t beyond redemption after all.

You see, Spider-Man always gets back up. He takes hits, he falls down, he gets thrown into walls. And then he stands back up. Spider-Man – both of them, in fact – are symbols of the resilience that lives in all of us. And at a time when things seem so low, what better tonic could there be for the soul than to step into the shoes of a character that never stops laughing at their own jokes. Spidey doesn’t crack wise to make us laugh – he doesn’t know we are there when he is fighting supervillains. He does it to keep his own spirits up, to remain true to who he is in the face of darkness.

If that sounds like something you could use right about now, then $70 surely isn’t too much to pay for endless hours of inspiration and fun. These are awesome, incredible games in every sense, transcending (or perhaps proving) the medium of video games’ ability to offer some fun and hope to a beleaguered world. Spider-Man would be proud.

Without a doubt, Spider-Man Miles Morales Ultimate Edition is one of the best packages offered in video game history. Here you have two stellar games for the price of one, guaranteed to lift your spirits and thoroughly entertain you. Take a break from the world and spend some time with Spidey — and never forget to stand back up when you get knocked down.