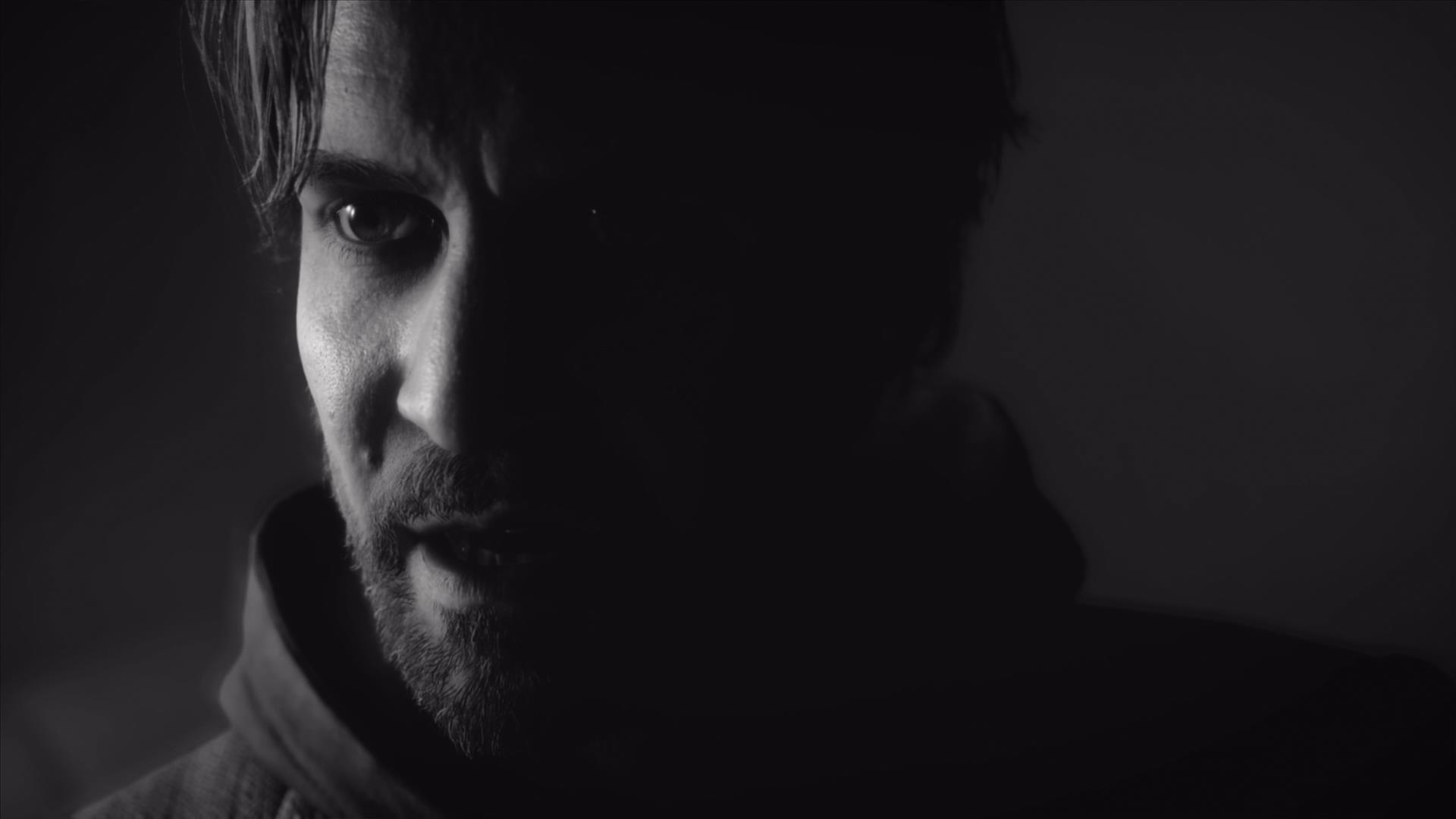 I missed Control on the first go around. I had heard good things but was just busy playing other things. I never played Alan Wake. It was an Xbox exclusive when I was interested and by the time the opportunity to load it up on PC arrived that interest had waned. I think is actually sitting unplayed in my Steam Library right now.

If you're a hardcore fan of either, you've probably already played the Control: AWE expansion after counting down the days to release; and if you haven't, just go get going and do it, there is a lot to like about this one for you. For the rest of us, the uninitiated, things are a little more complex. 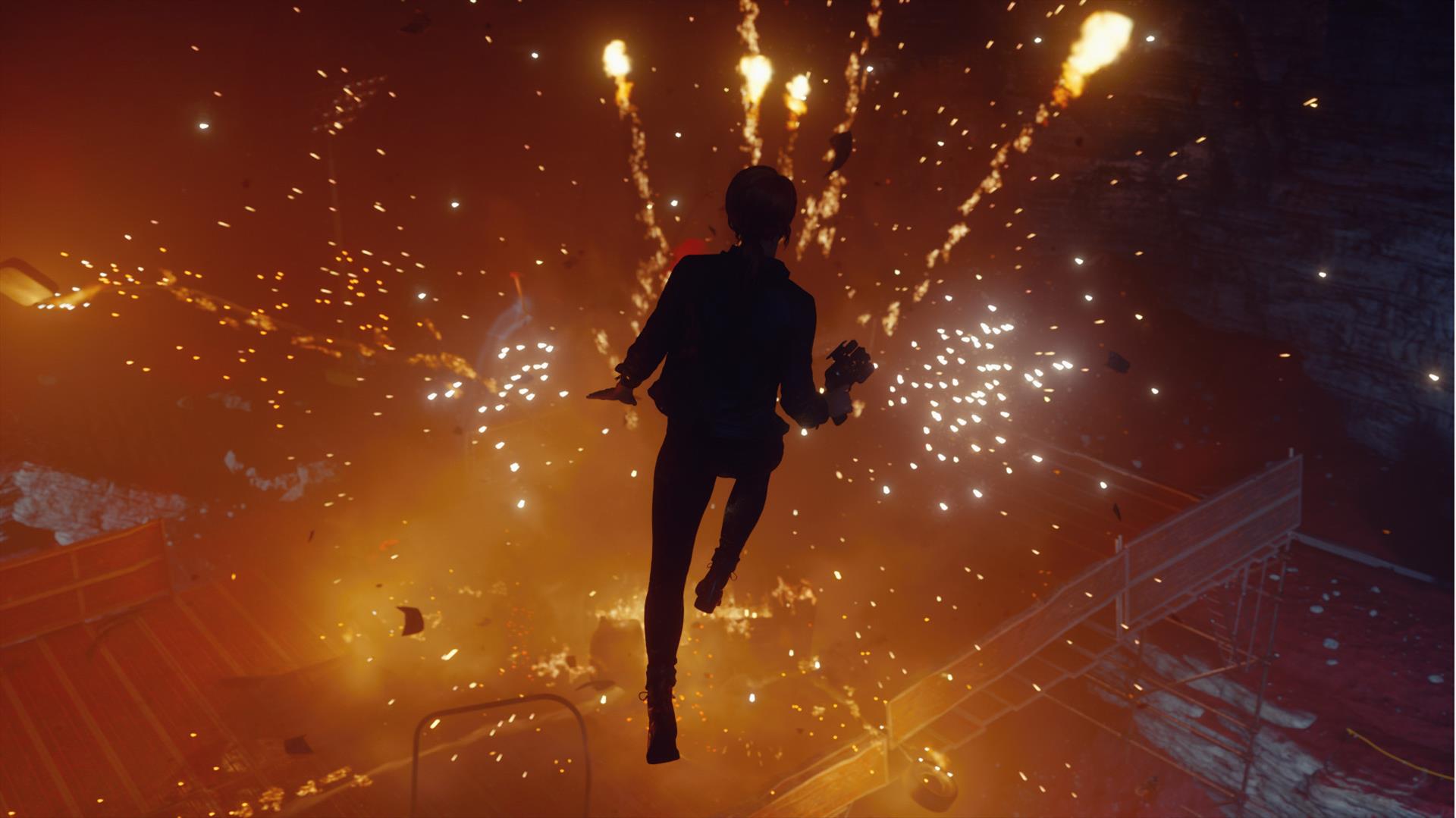 Limiting this review strictly to the AWE expansion is tricky. I can push the rest of the game to the side and just concentrate on what's on offer with the DLC, but I think your experience in the rest of the campaign is largely going to to determine your enjoyment of the expansion. While AWE does stand alone you do need to process through a lot of the game before the location will actually unlock. It's enclosed on its own separate floor of the Bureau of Control where the entirety of the game takes place, but many of the little quirks of the base game come to life here as well. So let's take that step back and start with the base game for context: what I liked, what I didn't.

Control is an interesting case study for me. It strains really hard in an obvious effort to hit notes on the plot that it never really quite reaches in my opinion. Remaining spoiler free, I'll leave it at this: Control is a mind-bending action game. The cadence pretty much always pans out into a rhythm of: explore some new areas, collecting backstory by way of notes, audio clips, and video projections strewn throughout the levels, run into a few large rooms along the way where a few waves of enemies will charge into the fore, move past into some more exploration and interesting level design incorporating a new warping twist on reality, and finish things off by meeting an objective NPC where half the conversation will be spent moving the plot forward and the other half in awkward asides taking place in the main character's headspace. 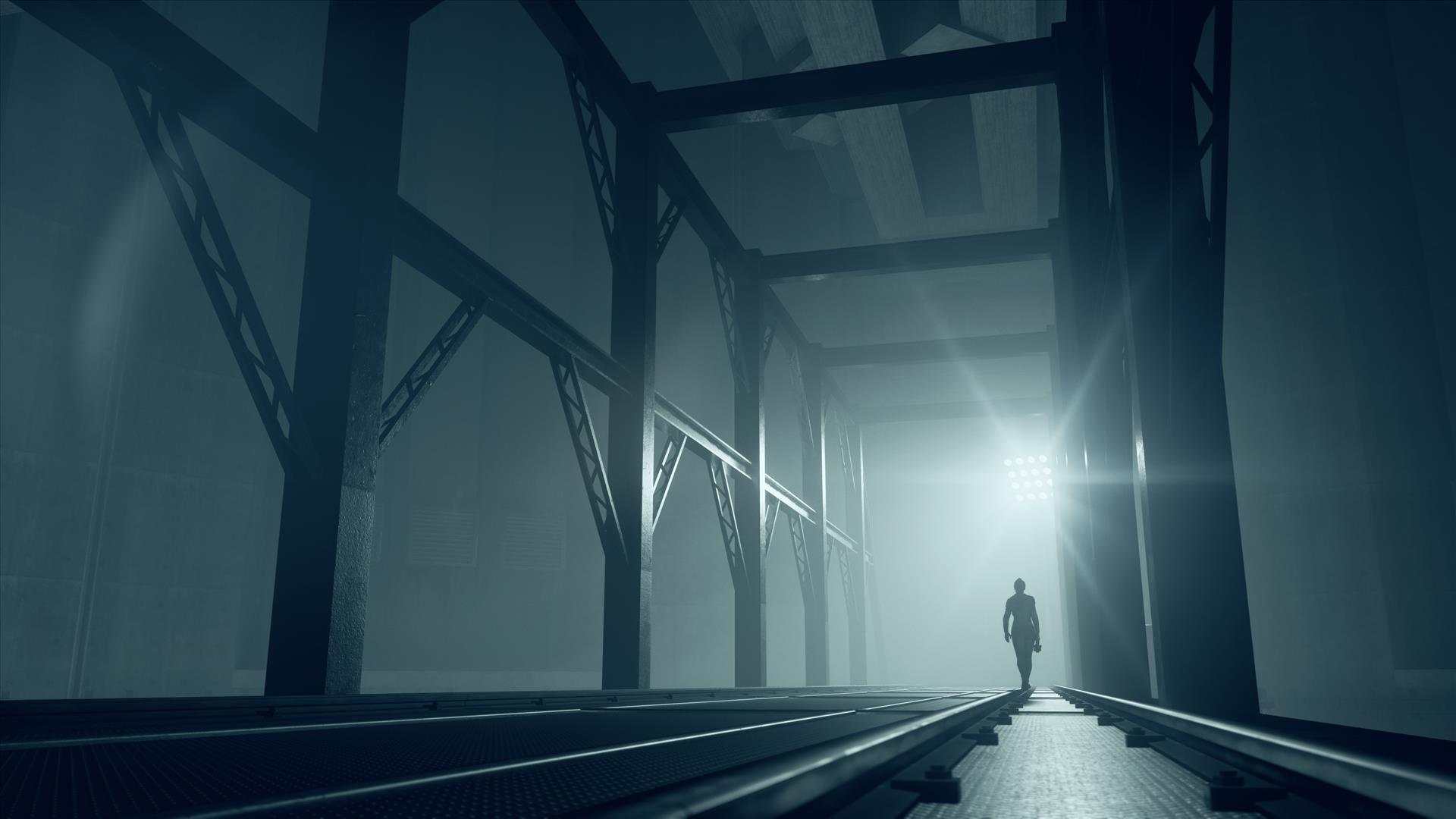 Basically, throughout the game the main character, Jesse Faden, keeps having these inner monologue moments where she talks to herself and explains her perspective to the audience. I guess they are meant to provide valuable insight and critical storytelling, but they just come across as weird. The flow of the whole narrative is a bit jarring at times and I kept expecting bigger reveals and moments than ever actually panned out. I kept seeing hints that I was about to get Shutter Island'ed but in the end found the conclusion mostly unsatisfying. The shocking twist that seems to be subtly hinted at here and there just never really happens. For a game that delves and hinges so much on the psychology of the characters, things just play out rather straightforward like an action game, not like a psychological thriller. It also isn't helped by the fact that the uncanny valley is strong with the dialogue animations in this one. The computer character models make a real effort to mimic real people, but there are slight idiosyncrasies in the implementation that are quite off-putting.

Now, it is a cool game to play through, don't get me wrong. What it lacks in narrative yin it makes up for in action yang, slinging super powers around in combat scenarios that the altered reality of the Bureau of Control provides. The powers you acquire along the way are fantastic to exploit in battle, the locales are interesting, it just creates an expectation of story zigs and zags but, instead, delivers one that seems very linear. 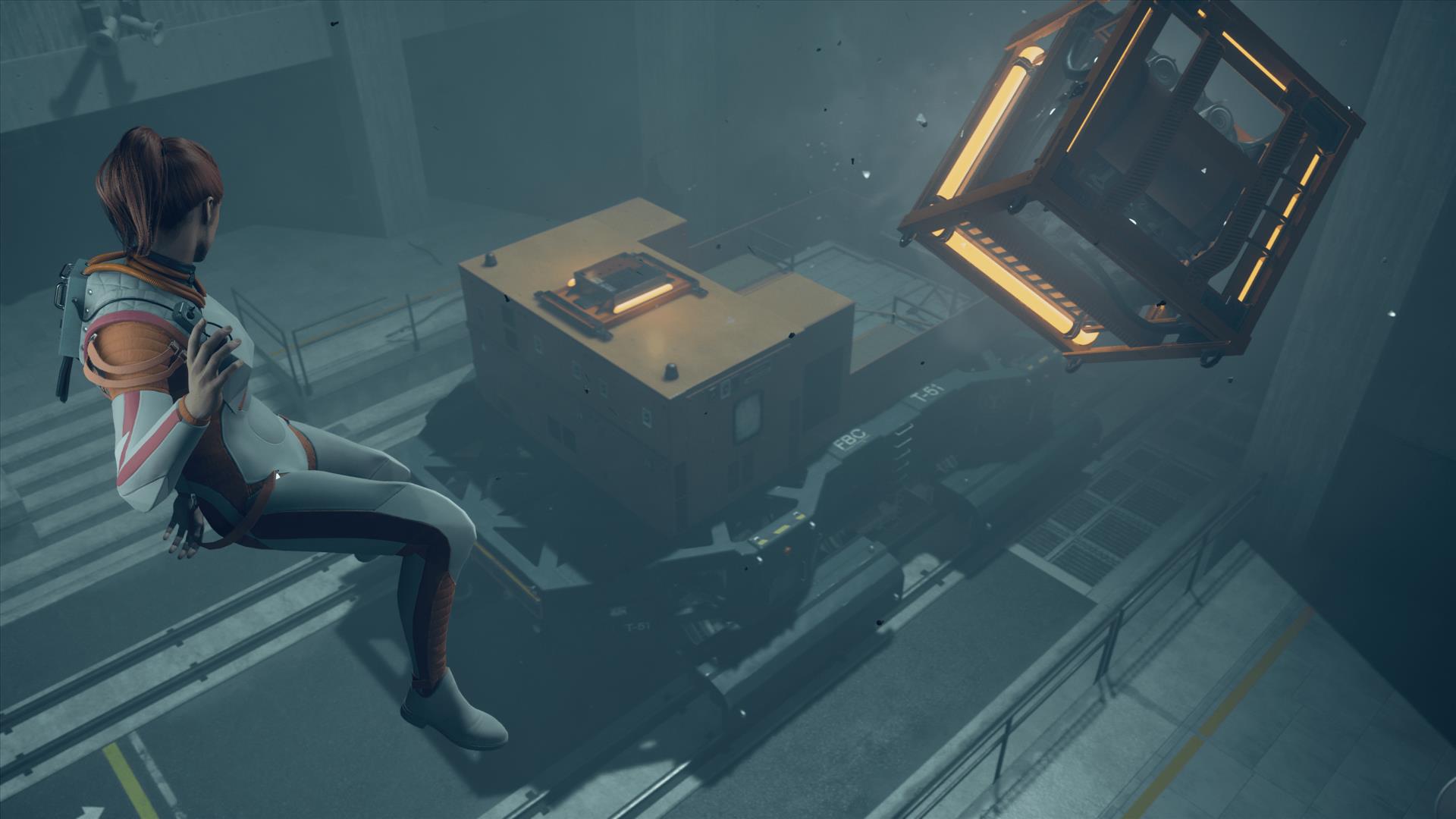 There are some other annoyances along the way. Checkpoints are mapped to control points that are too few and far between, something you readily notice on death when you have to needlessly trek half the map to get back to the battle that bested you. Instructions on where to go next in a branching world are often very vague. If you want to jump in to the AWE expansion, you're going to get your own opinions of this too, because you have to complete at least up though Chapter 7 of the main story to unlock the Investigative floor where the expansion takes place. By the time you've made it through Chapter 7, well, you're nearly at the end of the campaign anyway.

Jumping in to AWE however, will immediately reward you with some quality of life upgrades. First of all, those control point checkpoints spaced too far and few between, remedied. Control points are dropped much more generously in the Investigative sector, thank the Board! Secondly, ambiguity in next steps, gone. You pretty much have two paths from the get go and can do either in any order before tacking the third sector and finishing the expansion. 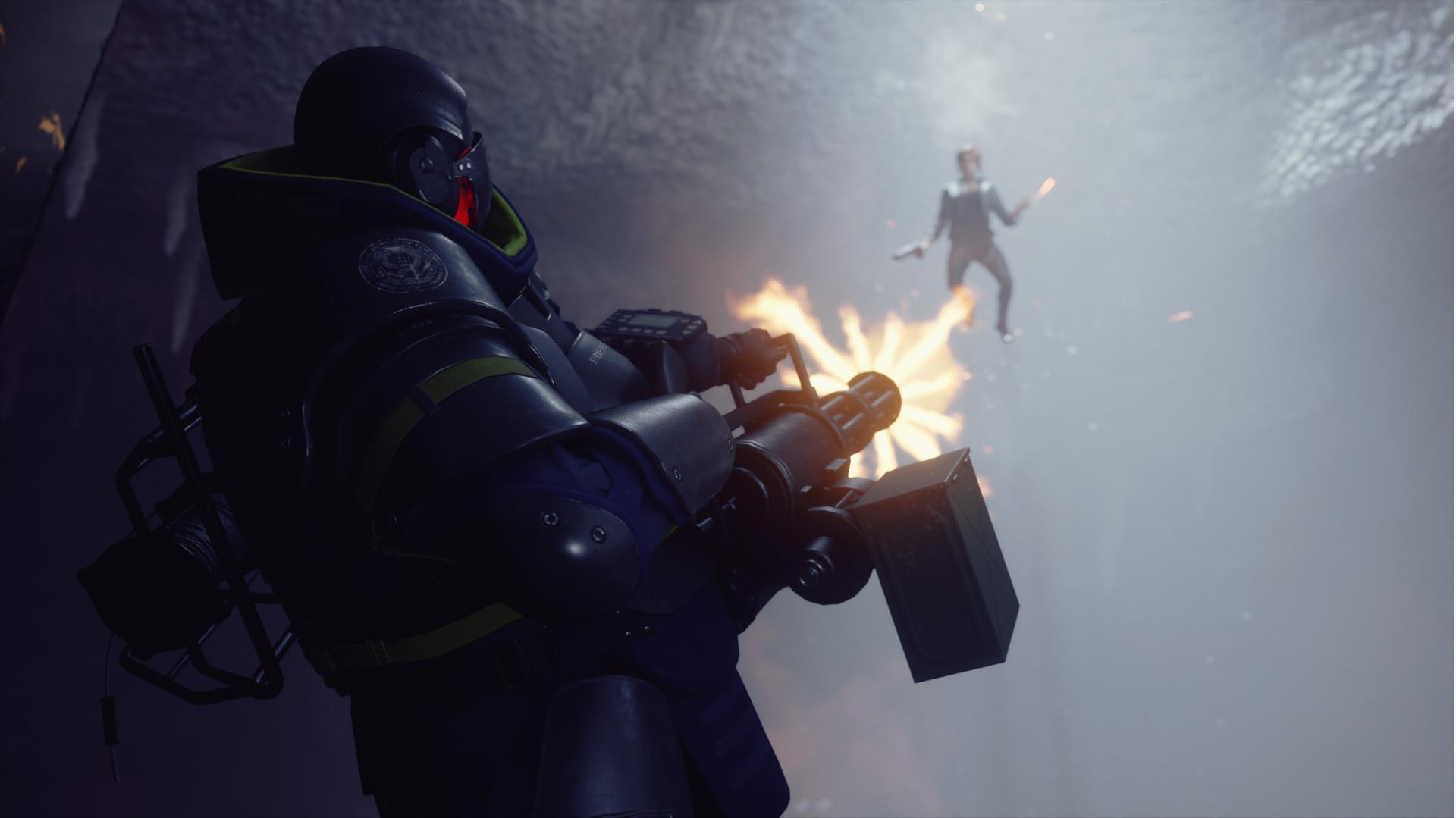 Every time you're looking at an altered state of the building and trying to figure out your next step, there is almost always a little strip of yellow carpet to highlight the way up, around, or over the obstacle in your path, another welcome help. All in all it's a solid few hours of new gameplay, plus it introduces an endless mode when loading into an altered item arcade cabinet where you can just go postal on wave after wave of enemies in either a survival challenge or time trial combat modes. And yeah, yeah, there is the whole Alan Wake crossover confirmed.

There were hints throughout the base game that the Control and Alan Wake worlds were sharing the same space. All that speculation is put to rest by directly placing the Alan Wake universe into the Investigative wing. In this expansion, an antagonist from Alan Wake, Emil Hartman, becomes one here, only now he has been transformed into a giant shadow monster lurking wherever the lights go out. 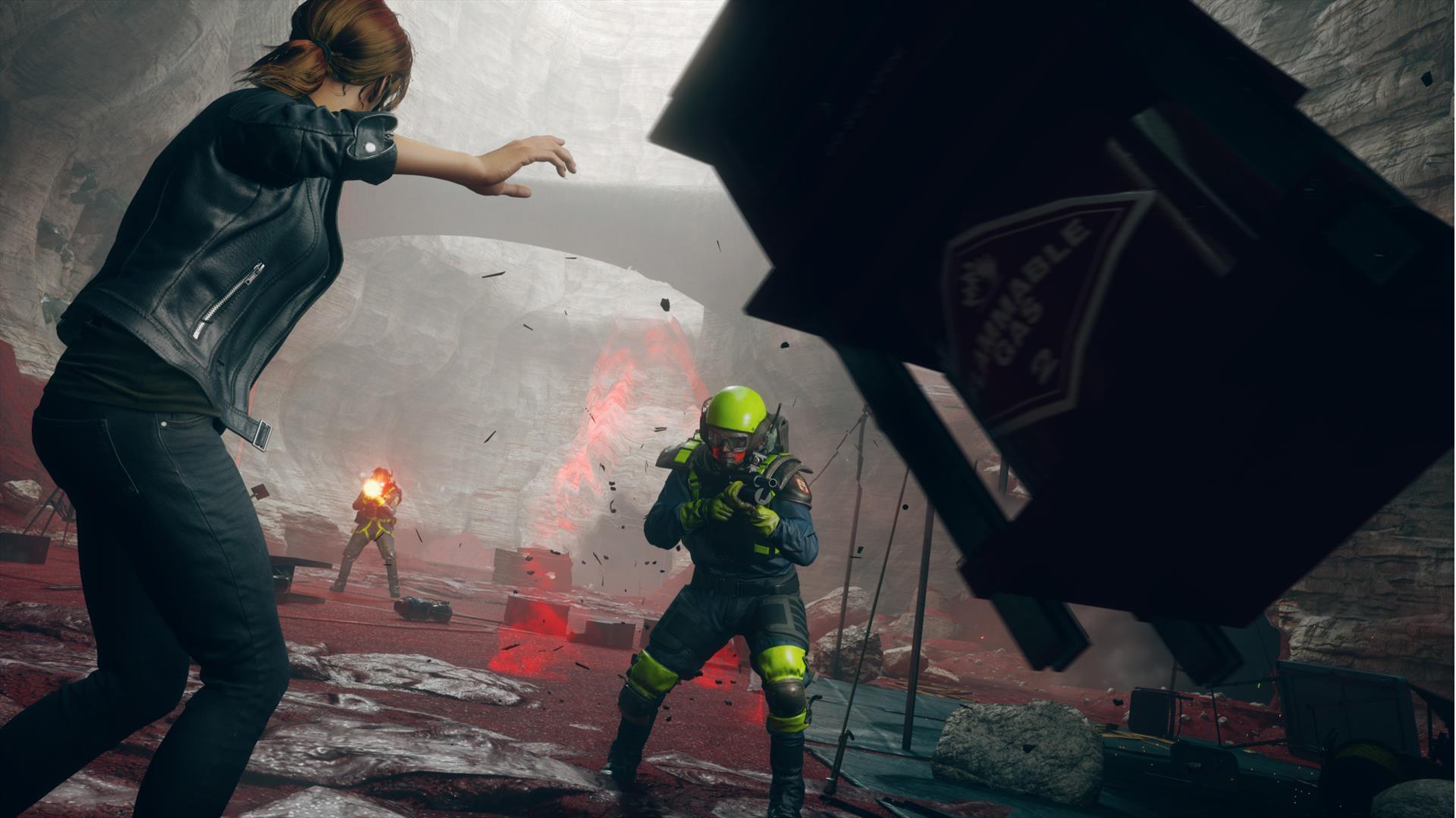 Essentially what the AWE expansion does is move the game from failed psychological thriller into a very effective horror one. Hartman is a scary dude, teleporting around the darkness, unleashing devastating attacks, causing Jesse to spend most of her time just running from the cover of one light bulb to the next to eventually flush the beast out into the light. It all pays off with a brutal final battle that was a better fight than anything the game delivered in the main campaign. I was thankful to have a grenade launcher by my side.

In addition to the new area, new arcade modes, and new baddie, we also get that new weapon and some new perks. The perks were mostly useless, offering some specific buffs that might match your style of gameplay if you're big into using talents like Evade or Shield, but I'm not sure any of them spent much or any time in my loadout. 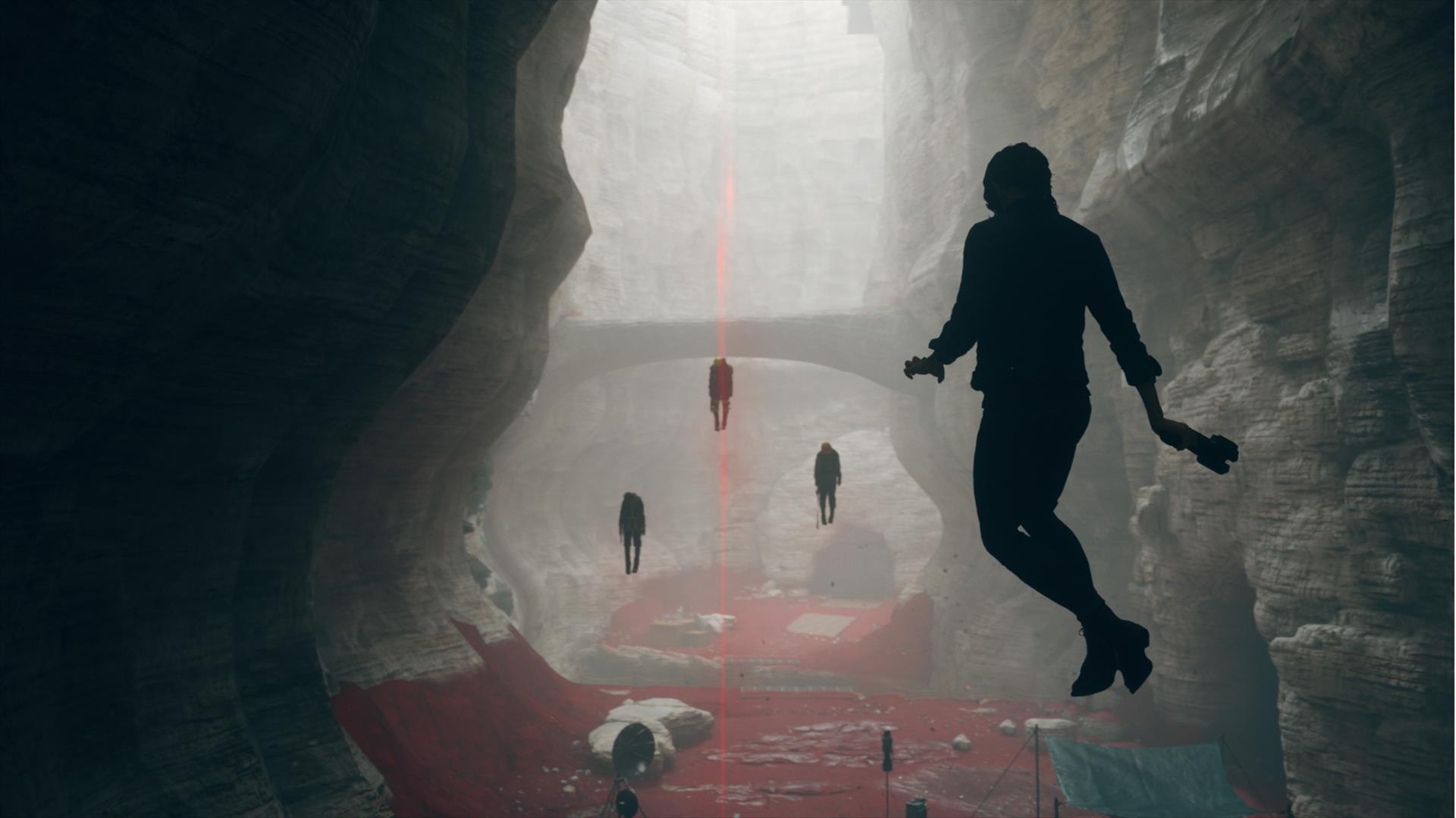 The new gun, Surge, is a triple-shot delayed explosion sticky grenade launcher. It seems to be able to deliver more DPS than any form of the service weapon in the game. Control isn't really big on boss battles, but you get a doozy of one against Hartman in the final act of the expansion. I felt like having the Surge form by my side was a lifesaver. Outside of the expansion I'm not sure how often I would use it. When I need DPS I still have Jesse's telekinesis to foot the bill and running with the add-clearing ability of Spin, or the Precision ability to snipe a lot of the flying son of a guns that litter most levels with Pierce, which still seem to be my preferred loadout elsewhere.

Basically, AWE is everything the main game has on offer, only done a little bit better. The horror gameplay is leaps above the failed psychology in my opinion. The low-lit levels and puzzles using light and dark are a bit better, the big bad is much scarier and more difficult than anything in the main quest, the new gun adds a nice punch to your arsenal, and most of the irks and ires from the base game are corrected with clear paths and more generous Control Points to utilize. Wins all around. Unfortunately that insane janky lag that plagues the game every time you pop out of a pause is also still present. I had to mention it because if you play the game at all you will notice it too after your first pause. Seriously, the game lags out for like five to 10 seconds after every pause. You basically have to just stand there and wait for it to catch up. What gives?

Aside from that, the AWE expansion is a great addition to the Control experience. It's a better experience really than the any chapter of the main game. It's safe to say: however you might have scored the base game of Control, then add half a point or a point for the AWE expansion, it's the same game, but a better implementation of it. In our original Control review, Randy gave the game an 8.5. I'd wager Randy scoring AWE would surely earn a 9. I won't be as generous with my AWE score simply because I wouldn't have been as generous in my base game review. I do like the game, the combat is well done and makes you feel powerful, the game world itself is remarkable, but the play cycle is a little too methodical and for a game that sets up to be all about psychology and never really delivers a killer blow, I'd probably only give the base game an 8, which lands the AWE expansion at that same 8.5.

The AWE expansion is a fantastic addition to the Control base game. Everything about it is just that shade better than the original content. It delivers a horror experience that is a step above, a new weapon that offers something really unique, and a final showdown that is bigger and badder than anything you've done in this game yet. It's a few more hours of a good game, that this time around takes a slight step forward to be even better.