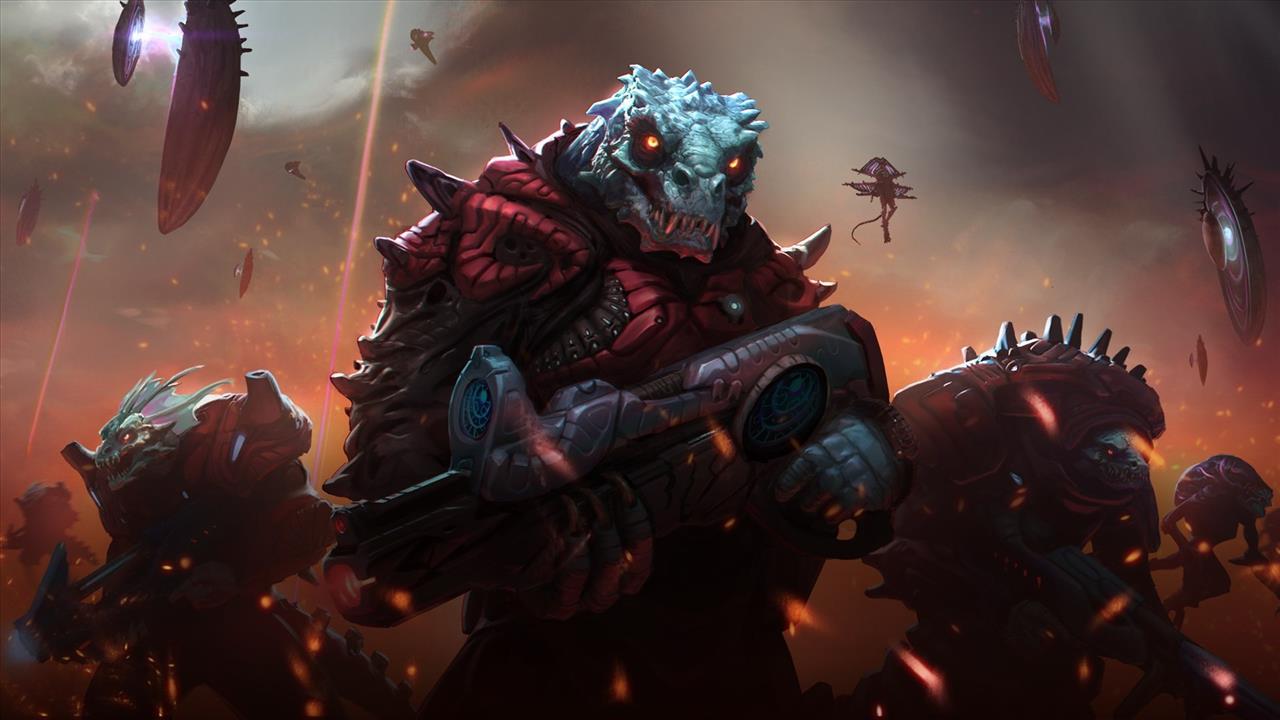 Written by Carter Kilmann on 6/17/2020 for XBO
More On: Age of Wonders: Planetfall

Age of Wonders: Planetfall packs plenty of content into its latest expansion, Invasions. It introduces a new playable faction, the Shakarn; a new NPC faction, the Therians; World Events like acid rain and earthquakes, Voidbringer Invasions—hence the name of the expansion—and a new game mode, Conquered Worlds.

If you’re new to Planetfall, you can check out our review of the base game for deeper insight into game mechanics, factions, and existing game modes.

The Shakarn, the centerpiece of the Invasions expansion, are a formidable force that should not be taken lightly. For generations, the Shakarn lived inconspicuously among humans, analyzing their societies and preparing for the perfect moment to strike. When that time came, the Shakarn finally made their move, rising from the shadows and stealing valuable human technology.

The Shakarn consists of three castes: the Domok, Zardas, and Gama. The Domok are front-line soldiers, while the Zardas rely on infiltration and tactical abilities to turn the tides of war. Finally, the Gama caste combines the strengths of the Domok and Zardas castes and represents the Shakarn’s most powerful units. 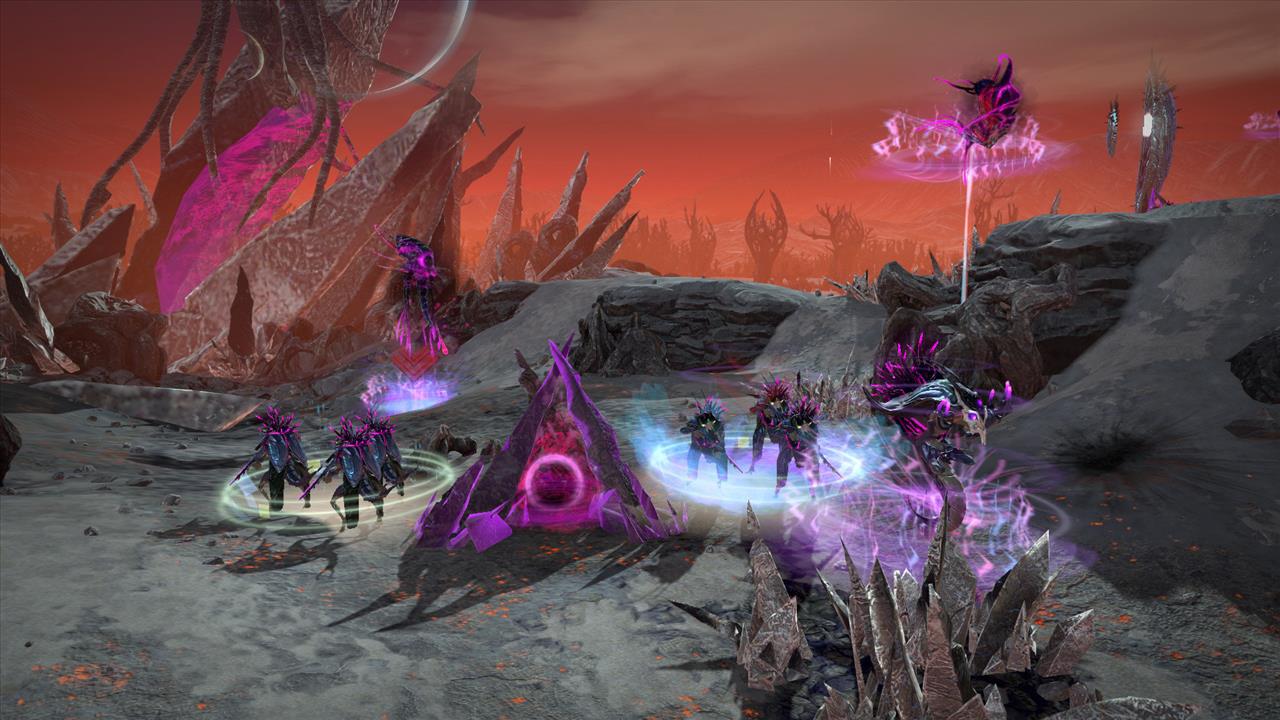 Overall, the Shakarn play true to their castes and lore. In the early turns, I found myself relying on the brute force nature of the Domok units, using Raiders as my front-line bullet shields, and Deadeyes as my second-line sharpshooters. But, as I progressed, I found myself leveraging Tacticians and their “Press The Advantage” ability, which restores a friendly unit’s action points, to take down opponents. Infiltration and deception are also integral to the Shakarn’s conquest strategy. Players can use the Shakarn’s flair for propaganda to hinder other factions. One such example is the "Unsettling Propaganda" operation, which attempts to spread false and disturbing propaganda within an enemy colony. 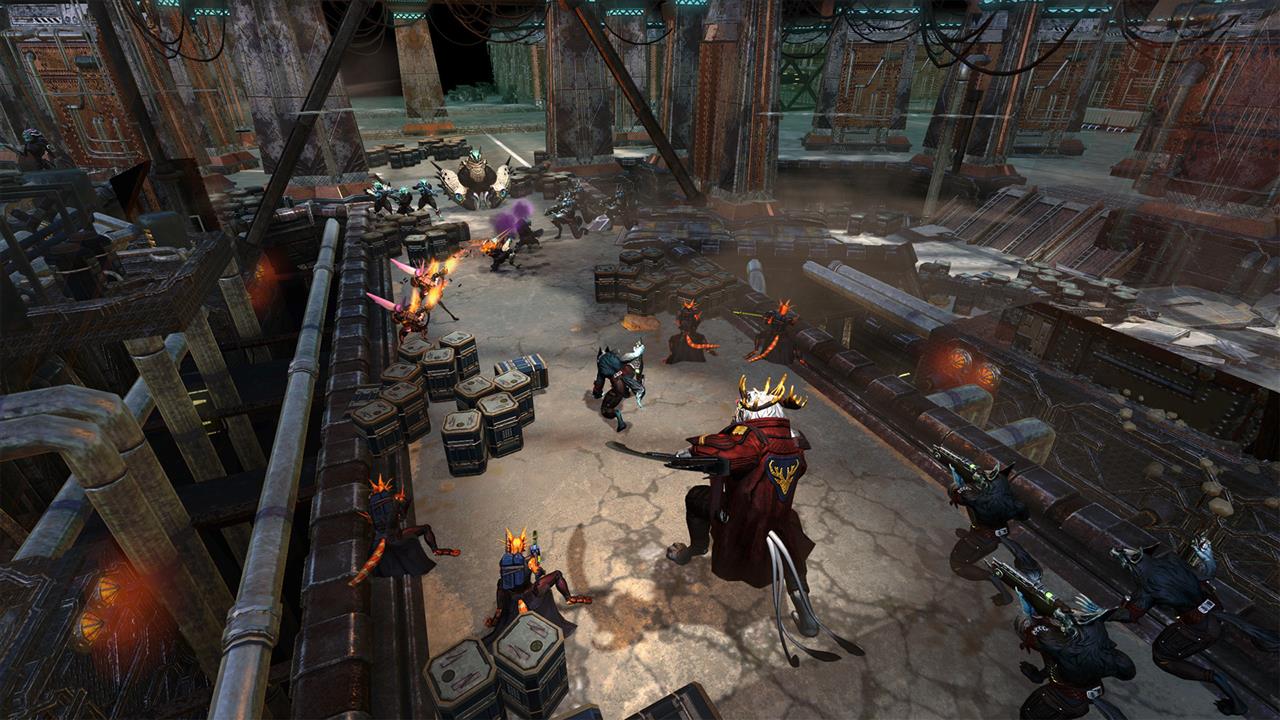 One of my favorite aspects of Planetfall is the challenge of learning a new faction and trying to discover lethal combat combinations and strategies. The Shakarn are no exception. These lizard creatures can wreak havoc on opposing commanders. In one of my playthroughs, I played as Shakarn commander, Keska Lyze, whose secret tech is Psynumbra. Towards the end of my game, I discovered one of those lethal combinations, which helped me defend against an attack with twice the military might. [I won’t spoil the fun of figuring it out, but if you’re interested, feel free to email me at ckilmann@gamingnexus.com].

The Invasions expansion also introduces commanders to a new NPC faction: the Therians. The Therians’ backstory is a real tearjerker – and, like many of Planetfall’s factions’ origin stories, a little discomforting. 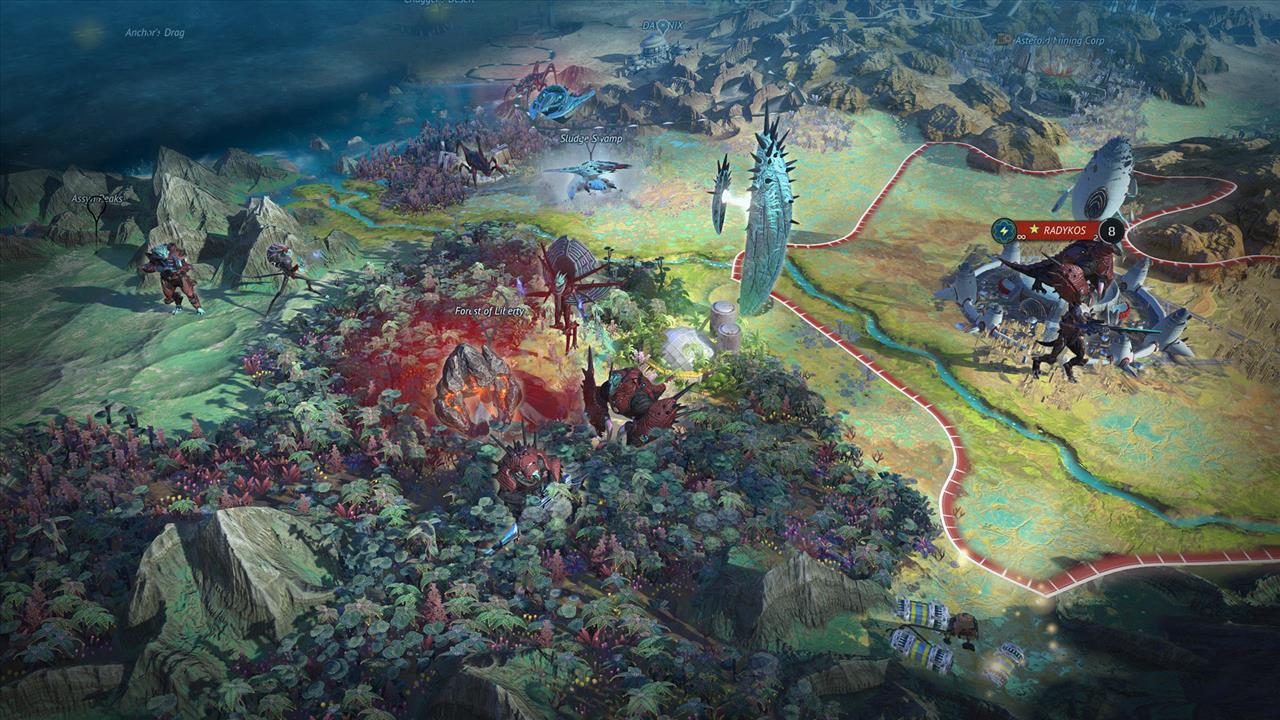 The Therian Project fused human and animal DNA in an attempt to cure otherwise incurable diseases. The experiment went awry (shocker) after Terratech used the technology on society’s pariahs. The subjects of the experiment retained their human consciousness and intelligence – but sported a new...furrier...look. Isolated even further, these transformed beings fled the planet in search of a new home.

As you’d expect, the Therians behave and communicate with animal-like curiosity and temperaments. They might ask you to embark on a quest to chase down shiny balls that started attacking them, otherwise known as the Autonom faction. If you’re on good terms with them, they’ll greet you with an invitation to howl with the pack. You get the idea. 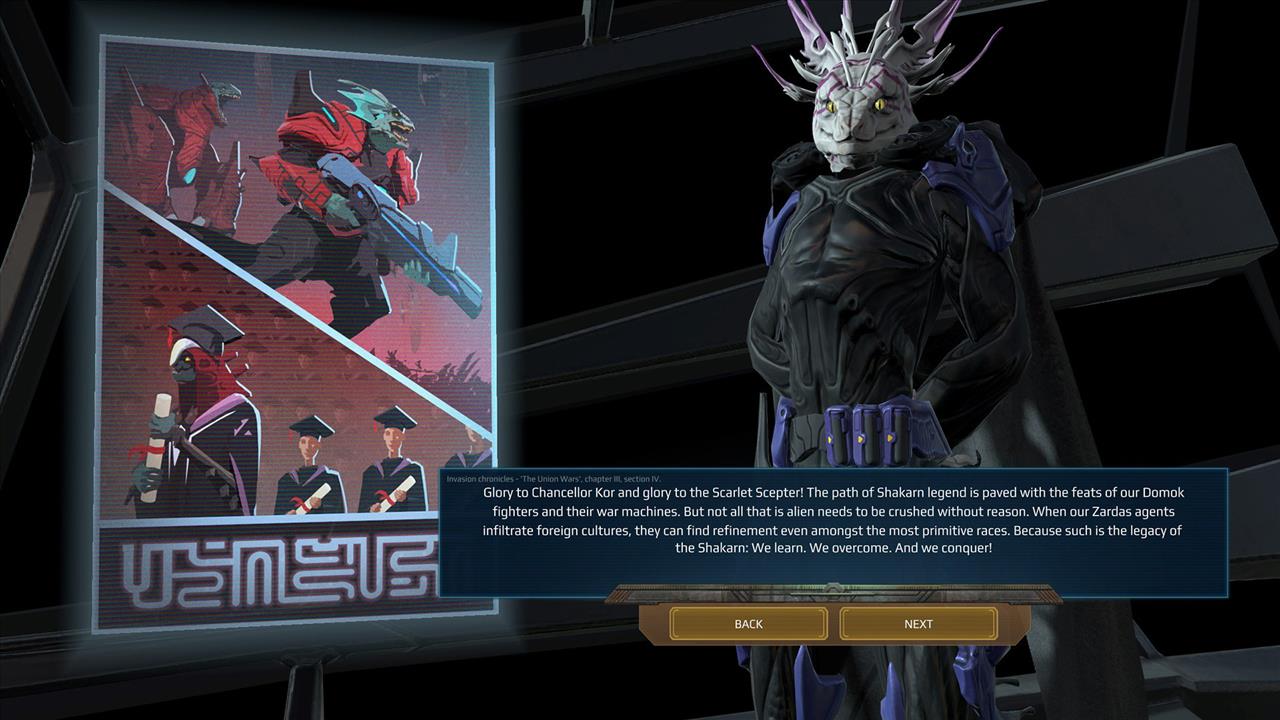 The Therians units are mixes of humanesque animals, like sharpshooting foxes, prowling wolves, and adorable, grenade-strapped squirrels. The Therians rely on Pheromones as their unique combat advantage. Each unit has a distinct pheromone that it releases once its health drops below 66%. For instance, the Apex, a saber-wielding lion-man, releases the Pride Pheromone, which gives the Apex and surrounding units +2 resistance to all damage channels for two turns.

Like animals in the wild, the Therians are strong when they’re in packs. If you don’t take them out quickly, they’ll prey on you. 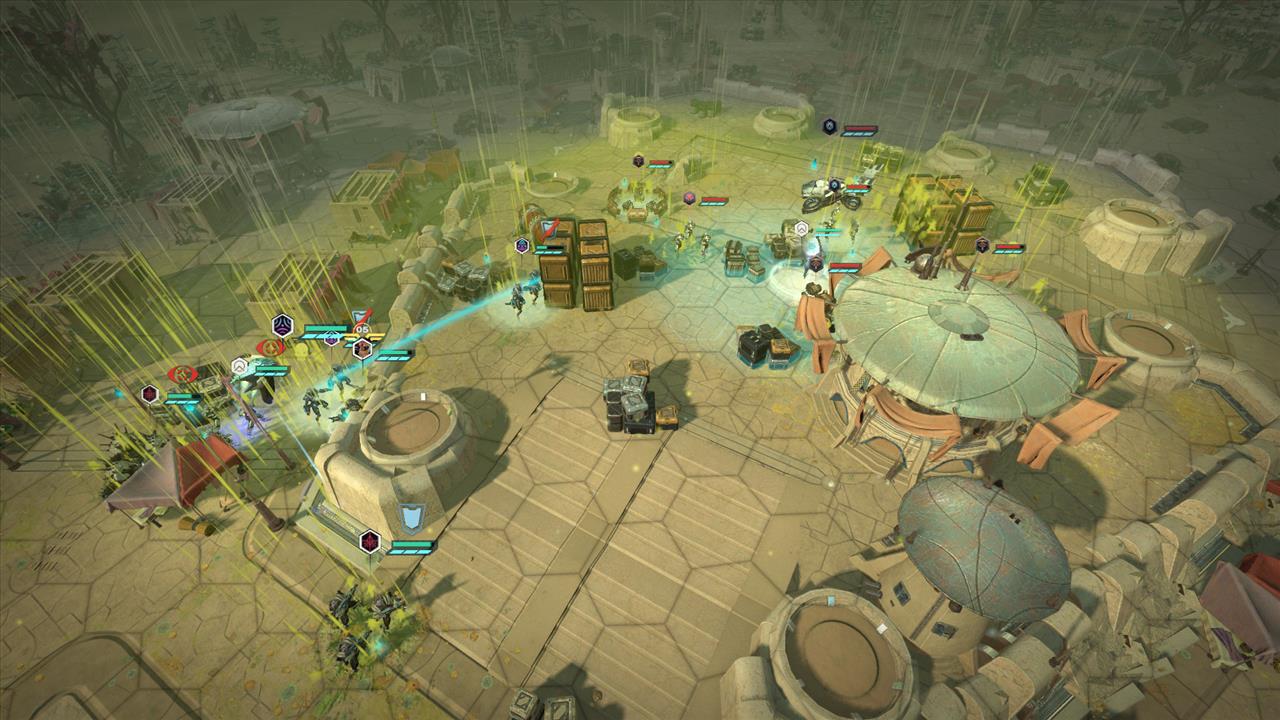 In addition to new factions, Invasions also introduces new gameplay elements like World Events. For the most part, World Events are pretty tame. Depending on the event, they provide temporary bonuses, handicaps, or combat alterations. For instance, if your world is shrouded in reflective dust, all units receive Universal Camouflage, and ranged attacks’ accuracy falls by 20%. Or, your world could be subjected to earthquakes, which disrupt combat by destroying elements of the battlefield each turn.

Planetfall’s newest game mode, Conquered Worlds, is an exciting new twist. Like many 4X strategy games, Planetfall is a race to secure land, construct colonies, and raise armies. Conquered Worlds tinkers with this principle. One commander, who begins the game with extra colonies, is pitted against three to five other factions. 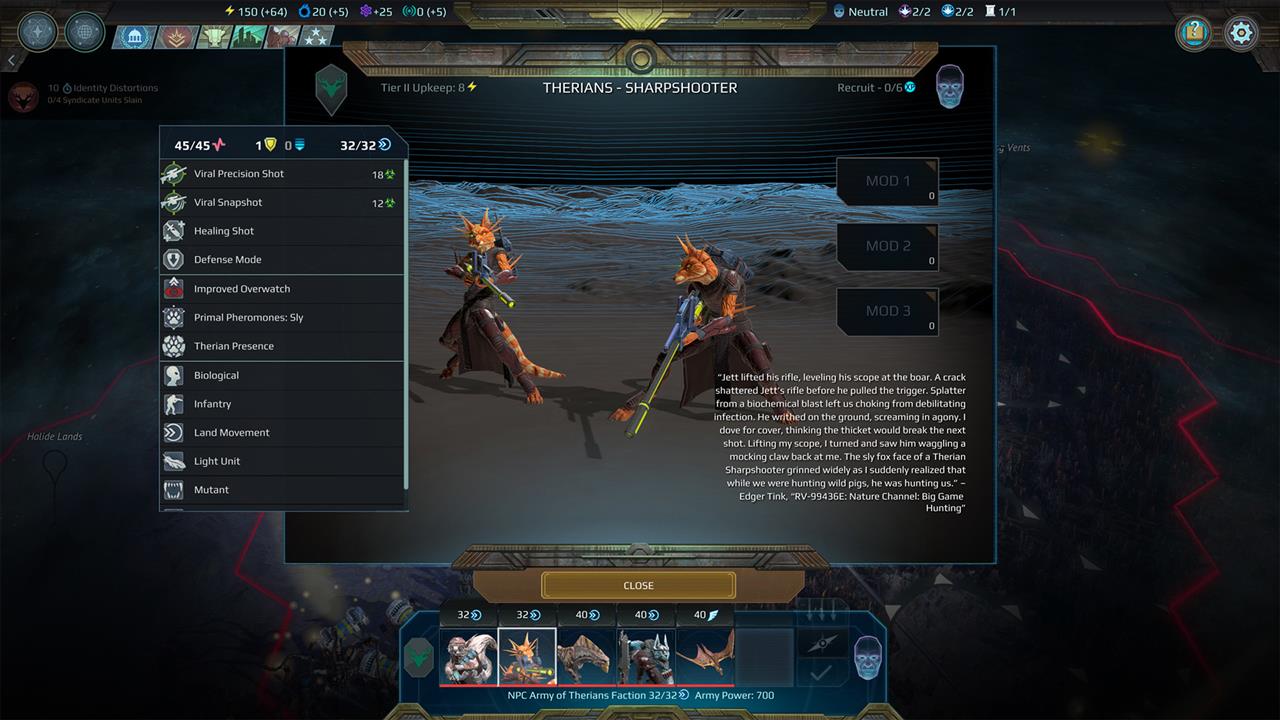 The solo commander’s beginning colony total matches the total number of opposing players, i.e., three colonies if it’s 3v1, four colonies if it’s 4v1, and five colonies if it’s 5v1. It makes for an intriguing contest and enjoyable challenge from either perspective. Fighting off an alliance of smaller forces or teaming up to take down Goliath.

In Conquered Worlds, there are only two ways to achieve victory: be the last man standing or trigger the Doomsday weapon. 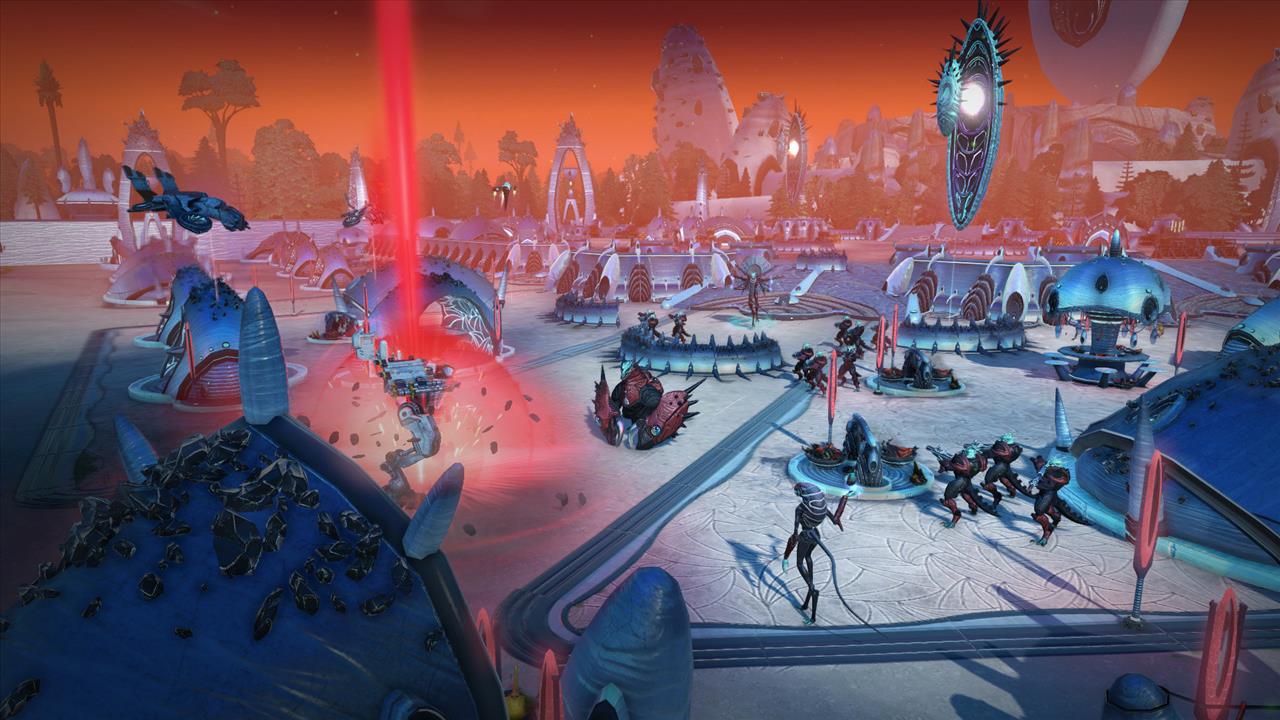 Speaking of doom, that brings us to the source of the expansion’s title: the Voidbringer Invasions. The Voidbringers are an unplayable faction whose sole purpose is to invade your planet and obstruct or alter your path to victory. Their units are a mix of sinister psionic void creatures and “Enthralled” units from various other factions, who are transfixed by the Voidbringers' spell.

Upon their arrival, every commander, AI and user-controlled, will have a choice to make: submit to the Voidbringers and help them destroy the planet or oppose them and immediately declare war against these diabolical invaders. Commanders that join the Voidbringers gain the ability to spawn armies of their new allies, while those that oppose the Voidbringers receive rewards for every 10 Voidbringer or Enthralled units killed. 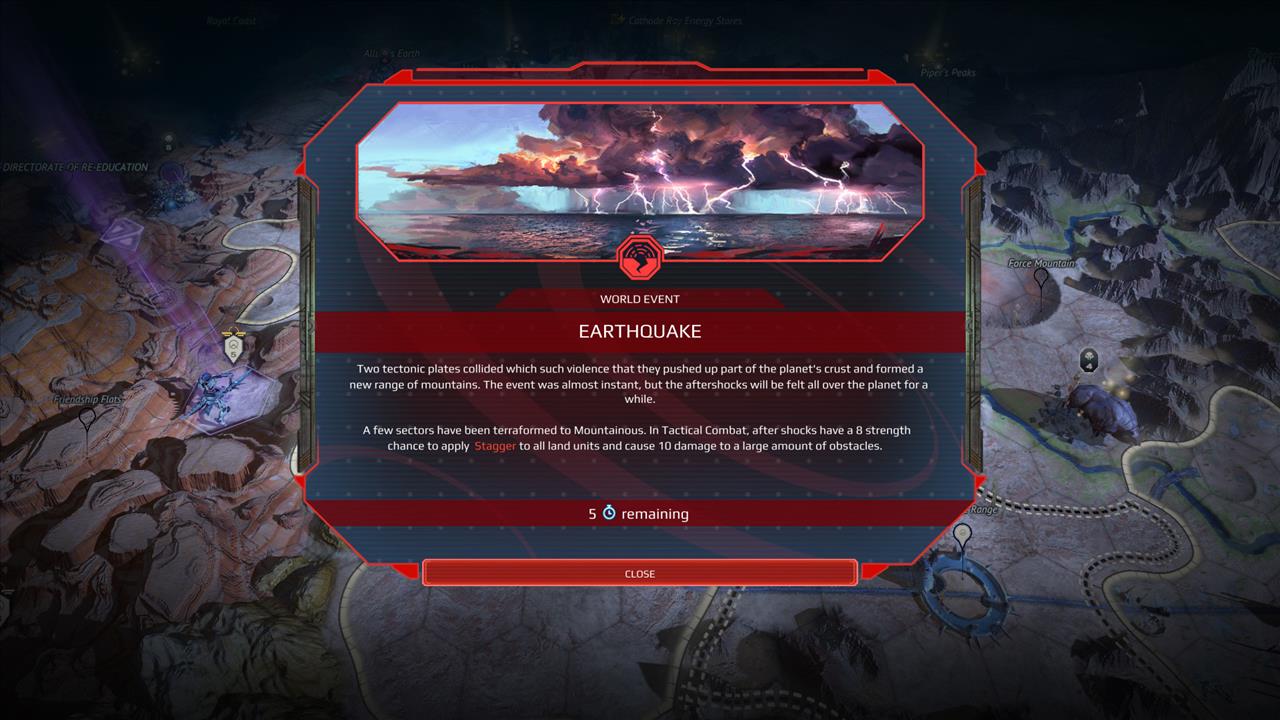 Invasion settings can be modified prior to making planetfall. Players can adjust the Invasion’s probability and approximate timing, from “earliest” (around turn 40) to “latest” (around turn 100). Or, if commanders don’t like the idea of Voidbringers raining on their parade, Voidbringer Invasions can be disabled altogether.

Much like the World Events feature and the Conquered Worlds game mode, the Voidbringer Invasions add another wrinkle to the Planetfall experience, requiring players to mix up their strategies and military distribution. Keep in mind that the invasion turns off most victory conditions. In other words, you have to address the Voidbringers – you can't ignore them. Thankfully, this mode has adjustable settings. I couldn’t imagine dealing with Voidbringers every time. 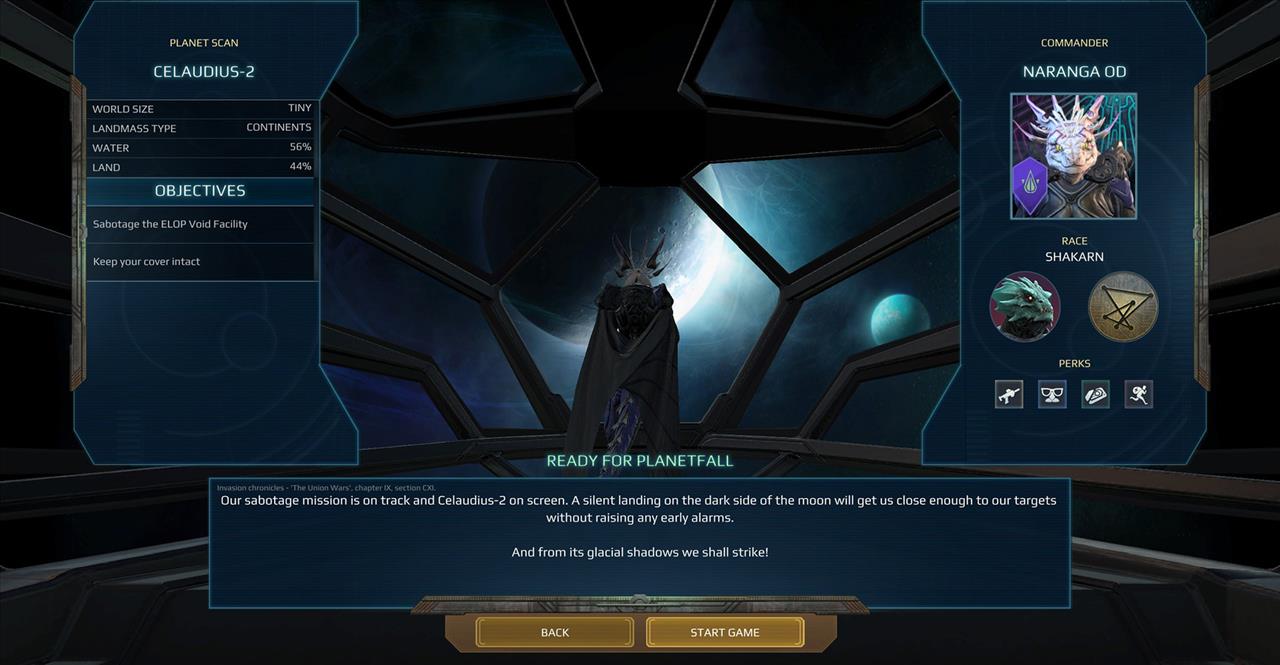 Prior to its expansions, Age of Wonders: Planetfall was already a content-rich game with a lengthy list of factions, commanders, techs, and units. Invasions bolsters Planetfall's diversity and replayability with intriguing new features. The Shakarn alone make the expansion worthwhile.