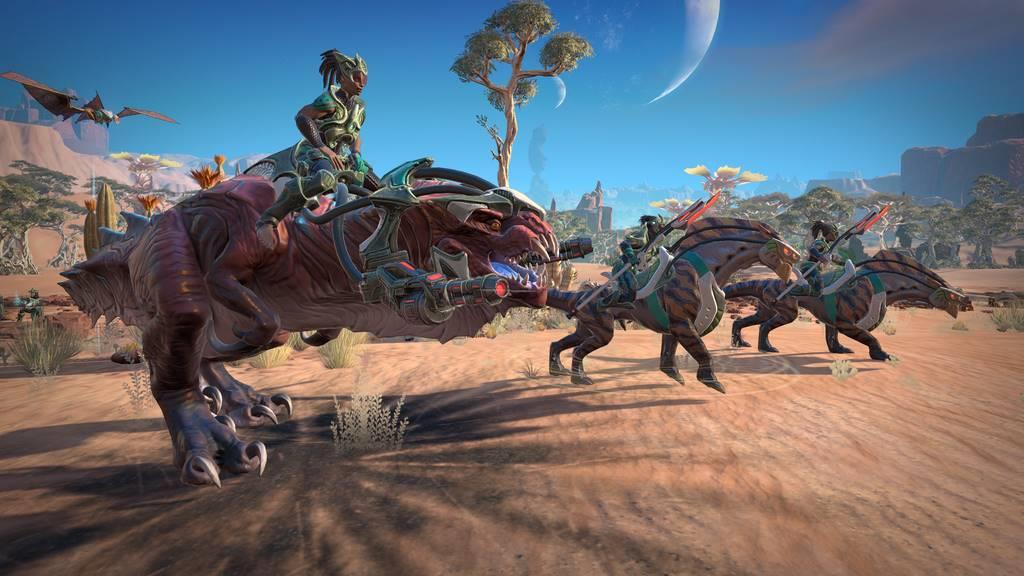 Written by Carter Kilmann on 9/10/2019 for XBO
More On: Age of Wonders: Planetfall

The devil is in the details—and Age of Wonders: Planetfall offers puh-lenty of details.

Planetfall may not grab your attention or have you at the edge of your seat—at first—but when given enough time, Triumph Studios’ fifth installment of the Age of Wonders series does not disappoint. I liken it to a slow-starting book that doesn’t become a real page-turner until a few chapters in. It may have some dense opening chapters, but it’s worth the read.

This density can be attributed to the barrier of information you have to climb when you first jump in. Or should I say, make planetfall. Get it?

Planetfall inundates you with detail. Everything from your screen’s gadgets and menus to galactic/sci-fi terminology to different factions to gameplay mechanics. It’s a lot to absorb. But once you do, once you get your feet wet and the game starts to roll, then it’s a barn burner.

Set in the distant future, Planetfall takes place in a faraway galaxy that’s recovering from a cataclysmic collapse. It features six diverse factions, each offering unique strategic and combat advantages. Of course, there’s the traditional human race, the Vanguard, which offers players an intuitive, default faction. If you’re looking for a more female (and dinosaur) friendly approach, the Amazon is your squad. This all-female faction combines dinosaurs and guns and. It. Just. Works. Maybe you’re looking for a more grisly faction. If so, the organ-hungry cyborgs of the Assembly are your people. And who could forget the Kir’ko: an insectoid species that are not exactly easy on the eyes. Two points about the Kir’ko: 1) I can’t pronounce most of their leaders’ names, and 2) I can’t help but think of rapper Kirko Bangz every single time I see Kir’ko. 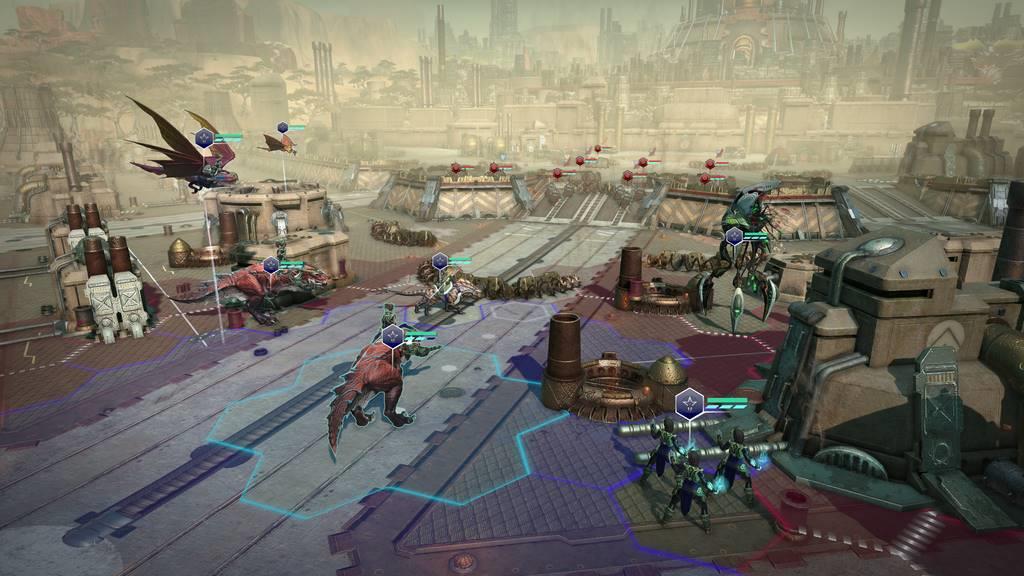 On top of the variety of factions, Planetfall boasts over 50 faction commanders—so many that it’s difficult to choose. It would take months to play them all.

The introductory leader (who you play with during the tutorial) is about as generic and vanilla as it gets. Meet Vanguard Commander Jack Gelder: a middle-aged, white, combover-rocking, male – who might as well be named Larry Smith, VP of Sales for Basic Corp. But that’s to be expected when you’re trying to ease players into the game.

Planetfall operates like your typical 4X strategy game. For starters it’s turn-based – but it packs a lot of action into each turn – and it employs our favorite shape: the mighty hexagon. It utilizes military and society tech trees to advance your empire - gradually unlocking higher-level units, mods, structures, and doctrines (strategic operations). And, like any dominant empire, happiness is integral to success. There are four ways to win, including score (but that’s lame), Domination (last man standing), Unifier (planetary unification), and Doomsday (triggered by launching a secret tech operation).

From a diplomacy standpoint, there’s more of a “hostile” vibe to each game. Relationships tend to feel fragile and can easily sour. I didn’t mind – it keeps things interesting. Volatile relationships tend to lead to more war, more war means more combat. The heart and soul of Planetfall is its combat. 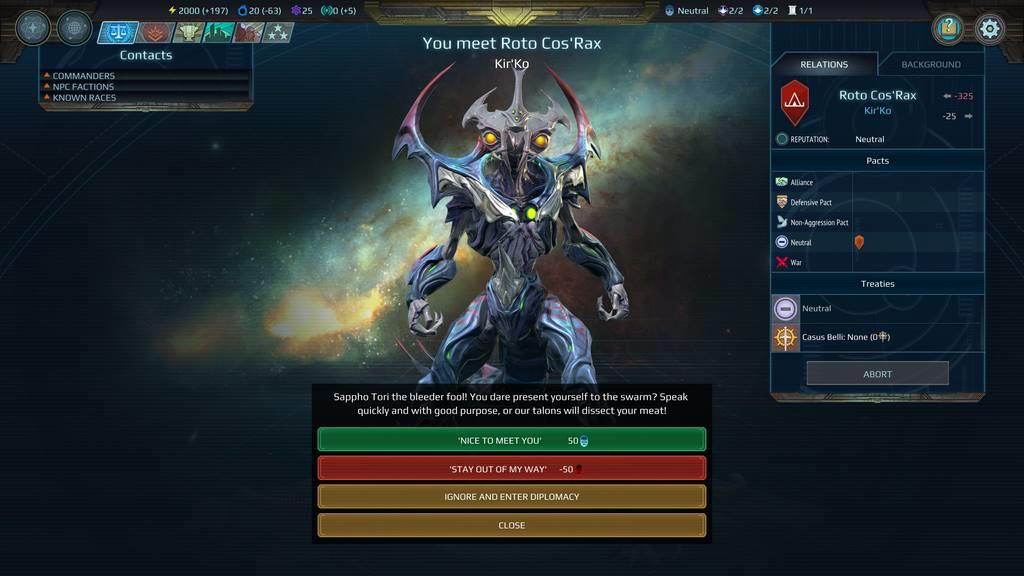 Just like everything else, Planetfall’s combat mechanics take time to get accustomed to. One of the most complex concepts in Planetfall is combat strategy and the interplay of different unit classes.

There are the usual classes of units: light and heavy infantry, armor, mech, aircraft, and naval. In addition to standard units, Planetfall features hero (unique characters earned throughout the game) and commander units. Yes, you heard that right: your faction leader doubles as not only a strategic commander and diplomat – but also a combat veteran.

Since there are so many types of units, each holding a unique role, determining the right combinations is tricky. It’s like trying to find good on-field team chemistry – that lineup that just clicks.

Under the theme of detail, there’s a seemingly endless amount of military customization – from army combinations to mods to upgrades for hero units. There are so many options (which I think is mostly good) – but it takes a lot of time and tinkering to get a feel for what works. 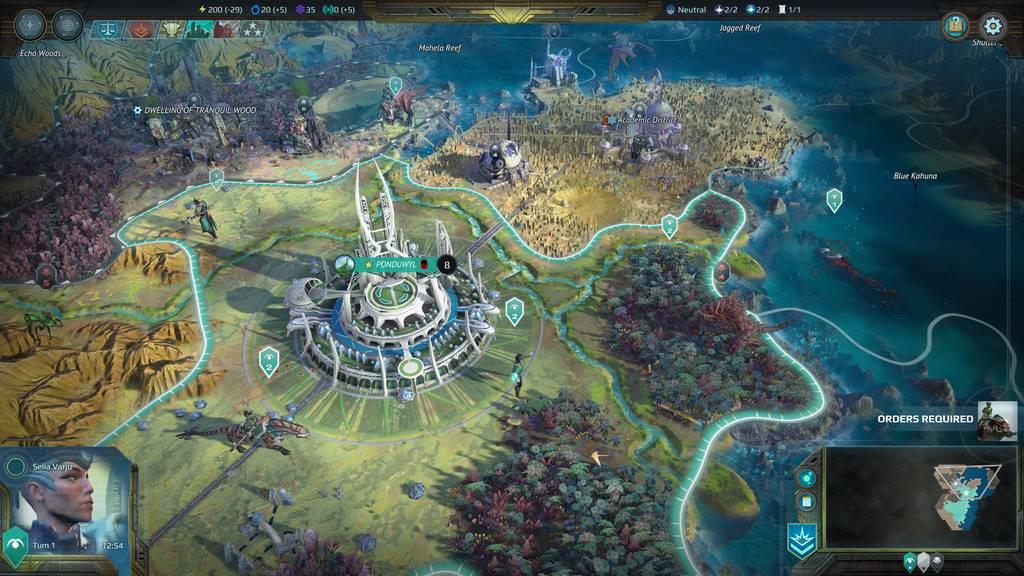 Planetfall succeeds at interweaving strategic gameplay – settlement and military management, diplomacy, etc. – and manual combat, which allows you to have a say in each battle’s outcome. One key element: adjacent armies (i.e. not just the one attacking and the one defending) are brought into the action. This opens war up to a host of new tactical approaches – which is fun and keeps combat fresh. Oh, and combat environments employ the mighty hexagon too. In case you were wondering.

Once you get a handle on it, the combat is incredibly addictive and gets super intense with big battles of multiple armies. Plus, the big-picture strategy is flawlessly tied to the trenches of warfare.

That being said, as with any game, there is some room for improvement. 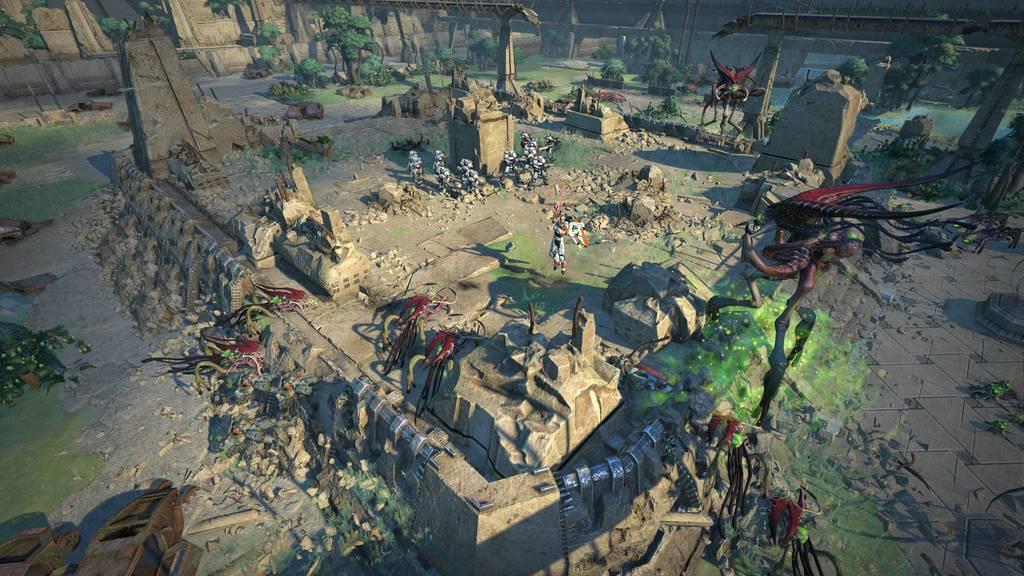 The tutorial feels rushed, like having a garbage truck dump information on you. I can’t speak for seasoned Age of Wonders players, but it took a good bit of mental energy to get acquainted with gameplay, terminology, storyline, etc. Also – if you’re going to have the tutorial’s on-screen passages be narrated, why have them stop after one or two sentences? This is admittedly small and nitpicky, but it annoyed me. It essentially forces you to read anyway, so it’s a wasted effort.

Planetfall’s landscape felt a bit too diverse. Snowy mountains next to empty desserts next to lush purple/green forests next to tropical coasts. I enjoyed the scenery, it just felt a little inconsistent.

Lastly, I’m not sure what the best way to go about this would be, but some sort of synopsis or recap video that outlines Planetfall’s backstory, factions, etc. would be beneficial going into the game. There’s sort of a cinematic opening trailer – but it doesn’t tell much.

It takes some time upfront to get accustomed to the game’s many intricacies – but it’s well worth the time. The draw of “one more turn” is in full effect. Be warned: Age of Wonders: Planetfall is tactfully designed to appeal to the 4X strategy game community. Even if you’re interested in getting into this type of game, I wouldn’t start here. That’d be like taking the bar before going to law school.

If you're looking for an easygoing, mindless gaming session, Planetfall isn't in your ballpark—or even playing sports. But if you woke up this morning thinking, "Hey, I'd love to play XCOM and Civilization today, then you can kill two birds with one stone. Planetfall will fill your unique craving.