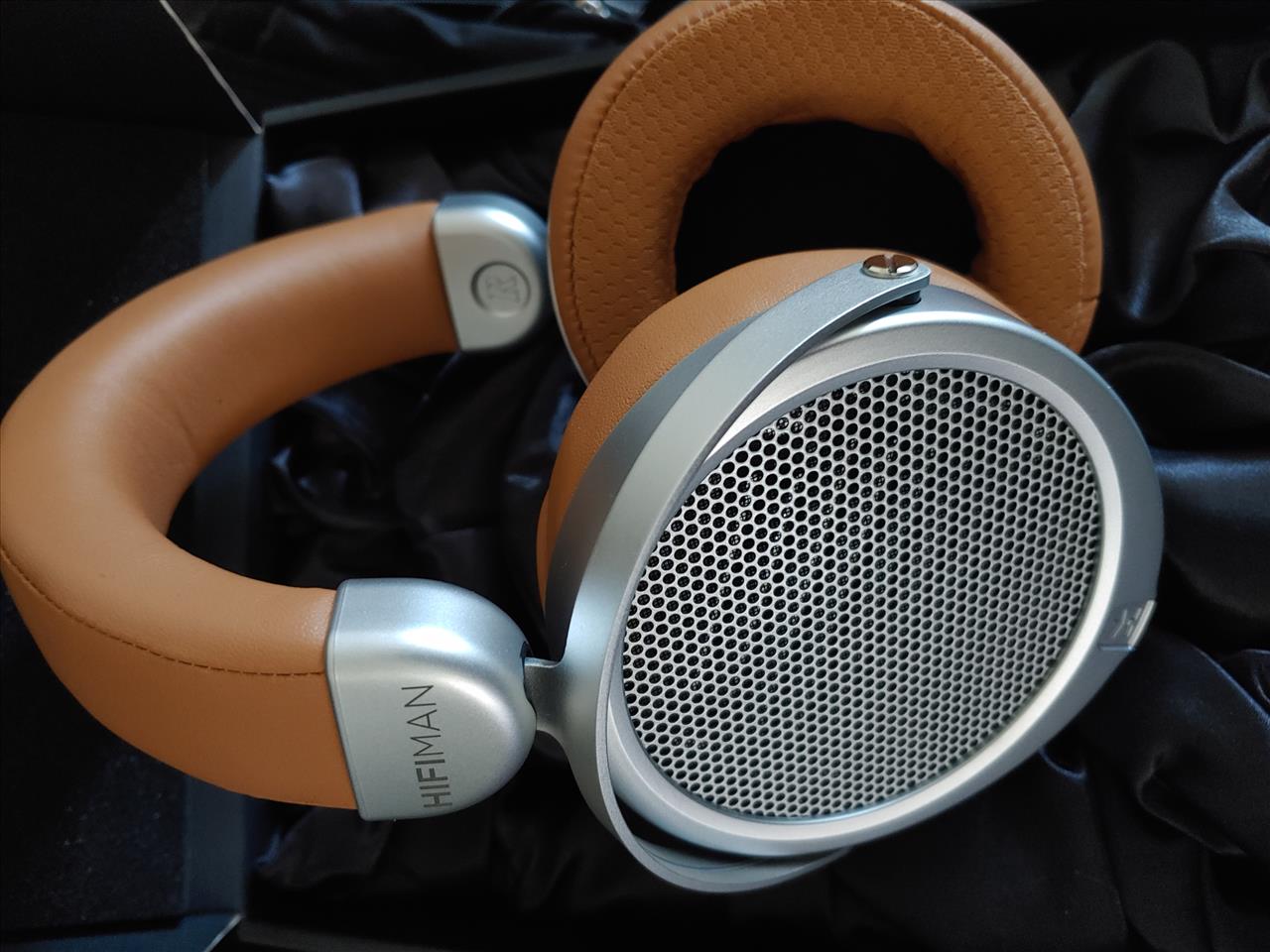 HIFIMAN DEVA Headphones Review – It Ain't Over Til the DEVA Sings

When we last checked in with HIFIMAN, we were talking about their incredible bluetooth headphones, the ANANDA-BT. Throwing out a perfect score isn't something that I do lightly, but I loved every last part of my experience. HIFIMAN doesn't seem to be satisfied, though, as they keep pushing out new products at various price points so everyone can enjoy quality audio. The question is, can a lower-priced headphone hold up to the audio quality of one that is much higher in price? Enter the DEVA, which will give every headphone out there a run for its money in audio quality.

The specs listed above are only for the DEVA itself plugged in via 3.5mm connection. All in all, that's a pretty quality set. However, you're probably noticing a few things missing such as playback time, codecs, etc.

We have to approach this headset a bit differently than the ANANDA-BT, simply because the DAC was built into the headset. With the DEVA, the DAC is actually a separate item called a Bluemini, which carries its own specifications. Those are listed here:

The Bluemini itself is design to be a truly wireless option for the DEVA, much like the ANANDA-BT. The difference is that the ANANDA-BT had two options for connection: Bluetooth or USB-C. The 3.5 connection was strictly for the microphone attachment, which was the only weakness in my opinion. The Bluemini attachment allows for more versatility. A TDH rating less than 0.1% is fantastic and the attachment itself weighs a mere 25 grams. It adds practically nothing to the overall weight. As was the case with the ANANDA-BT, multiple Hi-Res options are available. I have a small library of files that are a mix of AAC and LDAC and they will not go to waste with the DEVA. 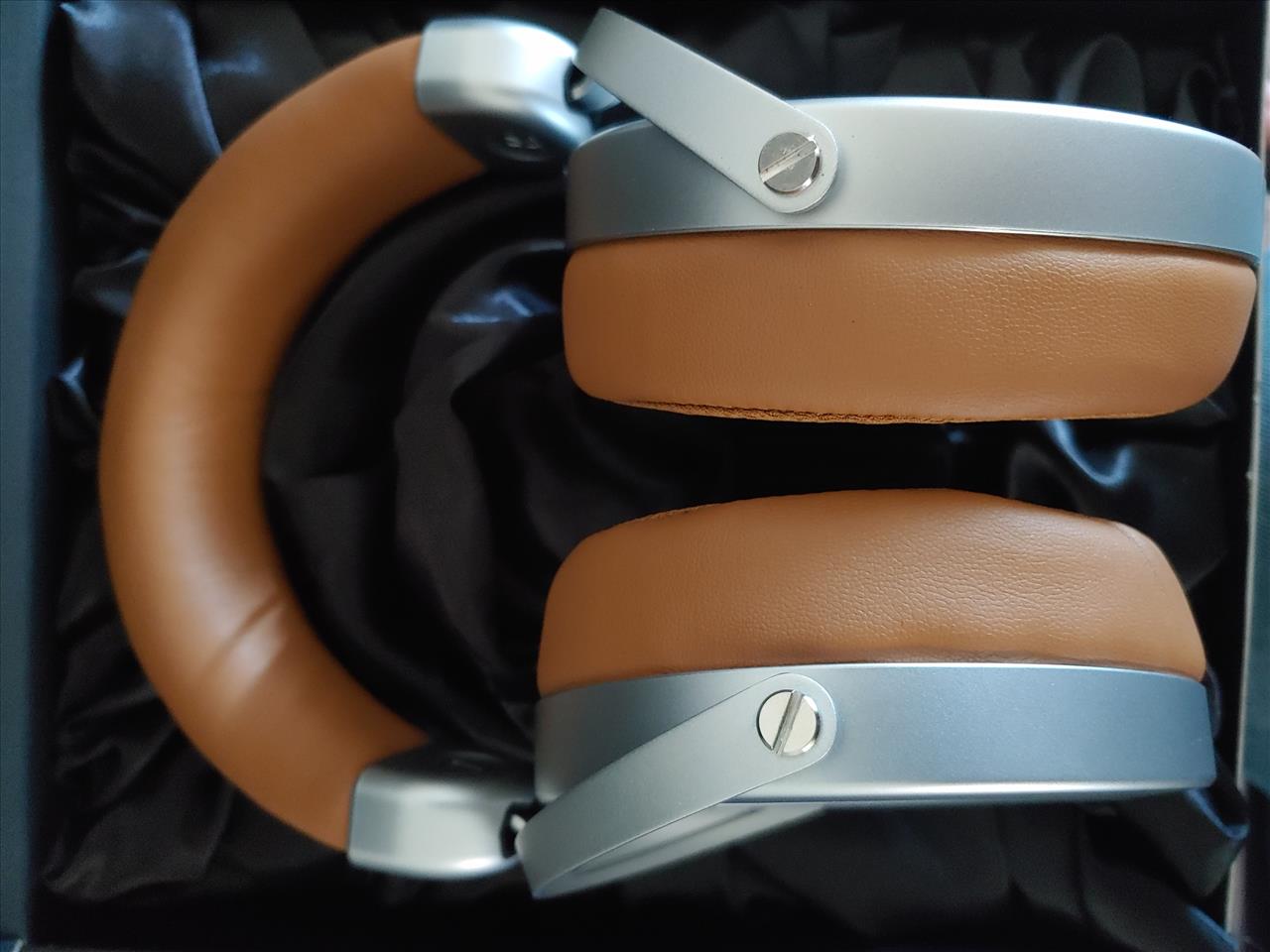 The DEVA's design is a bit more traditional in comparison to the ANANDA-BT. The brown and silver coloring jumps out in a world that is full of all-black color schemes. The headband is quite comfortable and the cups fit over my ear with absolutely no problem. There's a bit of elegance in the simplicity of this design. The brown may be off-putting to some, but not to me. I think it gives it a unique look while still pleasing.

What truly jumps out to me is how light these feel on my head. Some of my favorite headphones that I use for gaming, while they provide such fantastic sound, are heavy and bulky. An example would be the Sennheiser GSP 670. Now, that's not a knock on Sennheiser. The GSP 670 is built to last and is a wireless option, but we're talking about a unit that has a hinged microphone and is a closed-back design so you don't hear anything other than the audio coming through the cups. DEVA being an open-back concept that is focusing strictly on audio does just that, and with the DAC separate, which means being able to only put what is needed in the cups. 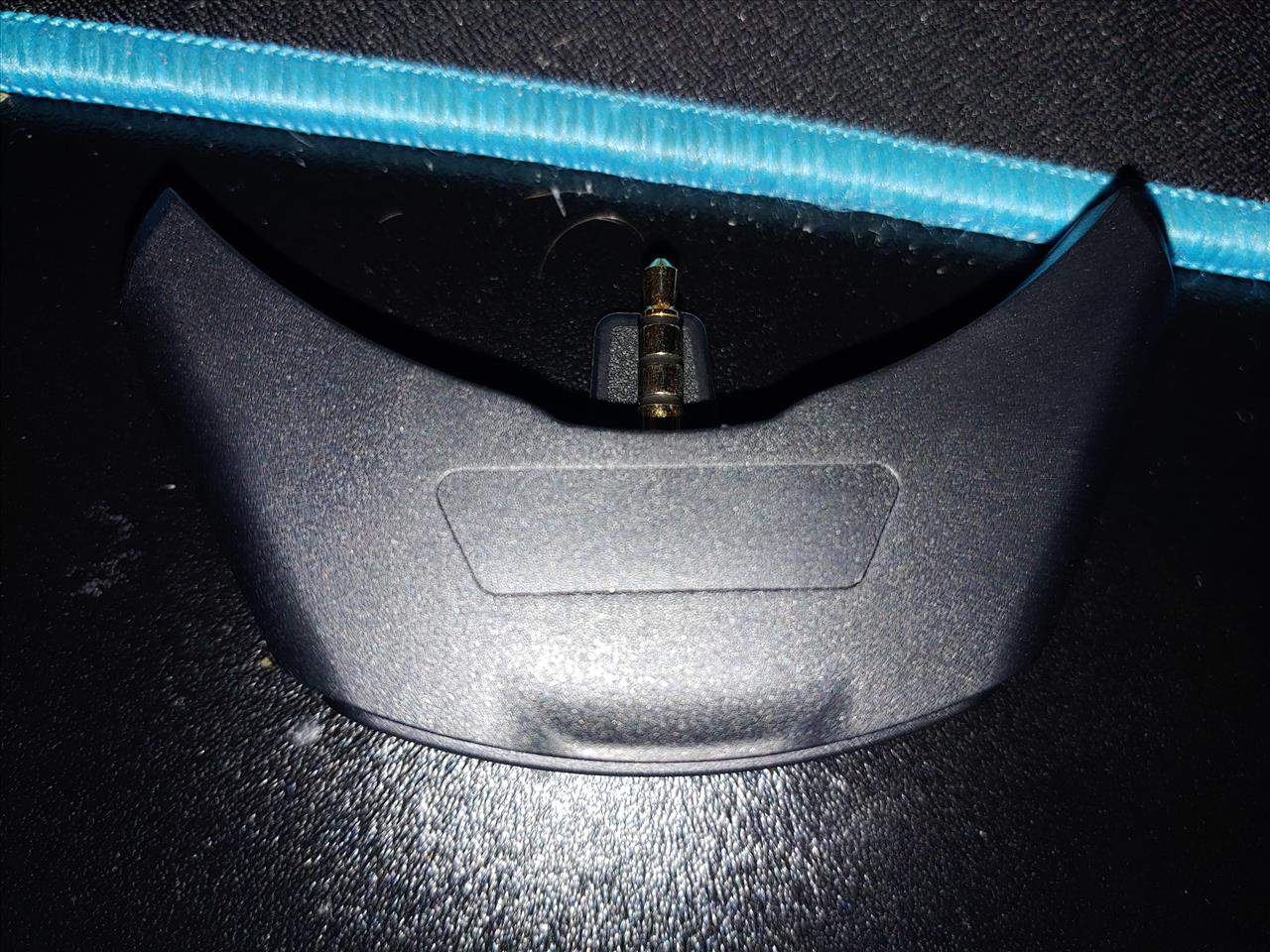 I'm a purist when it comes to the headphones I wear in my home. I don't really need or want a bunch of buttons or frills that add to the headset, so the DEVA is already an attractive option. The Bluemini allows for quick connectivity to my phone or my PC and will automatically look to pair with the last device it was connected to. This does mean you'll have to unpair it on the device before trying to connect it to something else, but that's Bluetooth in a nutshell.

Playing the audio through the Bluemini to start, there was an audio difference between that and the ANANDA-BT to me, but that's to be expected. That being said, there is nothing wrong with the quality the DEVA pushes out. The DAC does its job, providing as close to lossless audio there possibly is. I was particularly impressed with how well it handled audio through the USB-C connection as well, which is a second option much like the ANANDA-BT had. It does mean keeping the Bluemini attached to the headphones, but audio quality was just as wonderful. One miss is that there is no USB-C to USB-C cable included in the box, so you'll either need a converter or find another cable if you're using an Android device.

Crisp high and mid-range audio is what truly stood out to me. I will say that the low frequency response, while not overpowering, was a pleasant surprise. I'm not someone who loves a lot of bass unless it's in my living room setup. It was just the right amount, so if you're a lover of bass, these are not going to be the headphones for you.

The third connection is just straight 3.5mm to 3.5mm, which allowed me to use these on my PlayStation 4 when I didn't want to shake my living room. Now, it does not work with party chat so this was solely as an option to have the game audio going into the headset and nothing else. The audio more than impressed me as it kept the game sound crisp and clear. 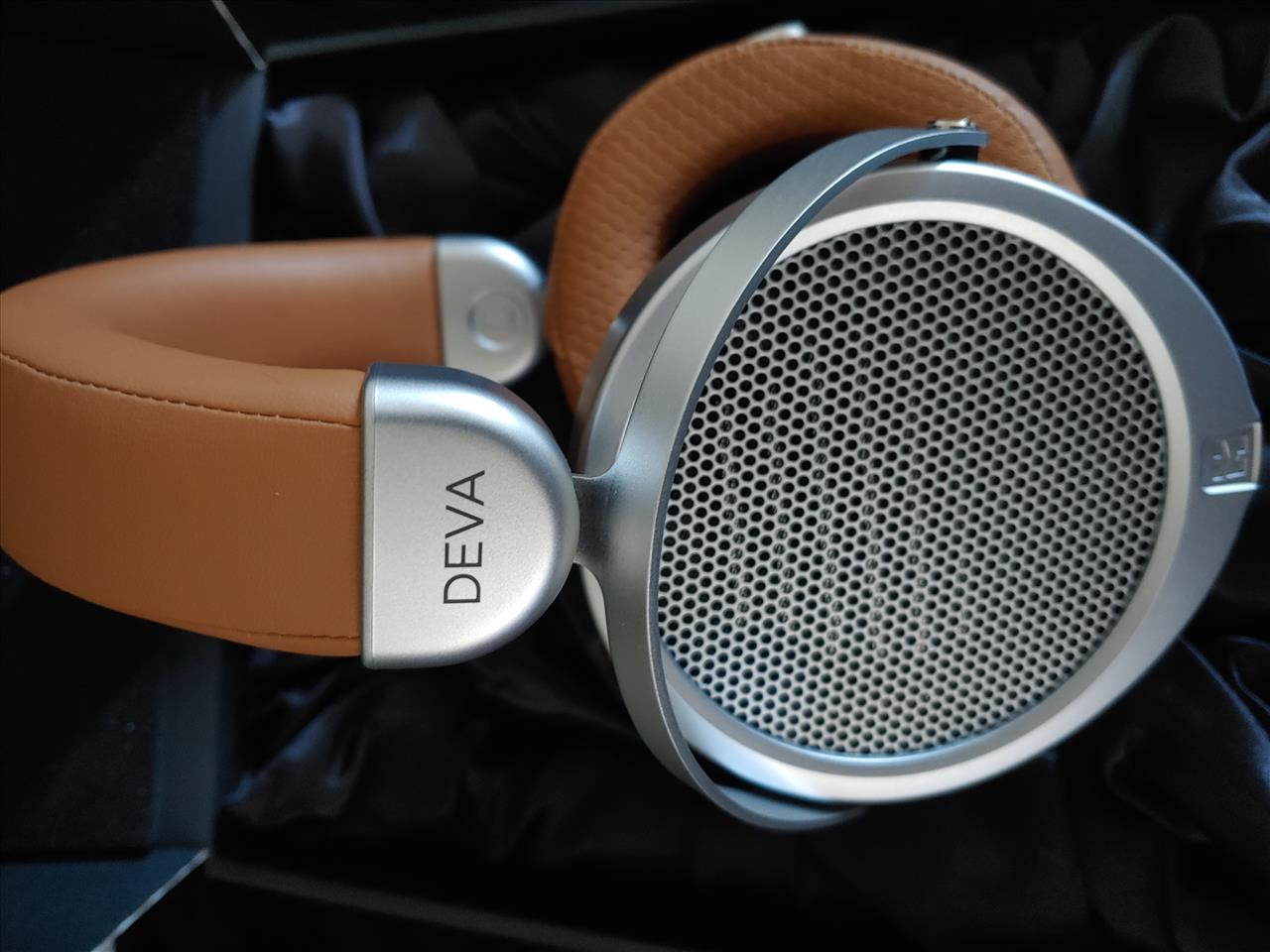 So, about that price point

I received a few direct messages when I did the review of the ANANDA-BT, which carried the hefty $999 price tag. Most of those messages were saying how badly they want great audio but can't afford that. HIFIMAN is apparently listening to that audience, because the DEVA has a much friendlier $299 price point. This is on par with a lot of headphones out there, but remember that these are open back and do not have any noise cancelling. The DEVA, to me, is meant to be enjoyed in the comfort of your own home. Yes, they will work for travel but you're not going to block out jet engines on a flight with them. For audio listening and gaming in my home, however? Beautiful.

Let's wrap it up

Overall, the DEVA truly stands out among competitors in the same price range. The high-range is very treble friendly while the mid-range is near perfect. Bass response is going to be perfect for those who listen to more traditional audio like jazz, pop, and some rock. It's not going to be for someone who wants to practically feel every bass kick vibrate through their body. There were no connection issues with any device I own, and the 10 hours of battery life on the Bluemini DAC is on par with the ANANDA-BT battery life. Having the ability to plug in with a 3.5mm cable while charging the DAC gives it extra versatility.

The bottom line is this: At $299, I'm hard-pressed to find a headset that can match it in audio quality, comfort and versatility.

Elegant and comfortable, the HIFIMAN DEVA headphones might be second to none at the $299 price point. With both wired and wireless options, there is no bad way to enjoy the audio the DEVA brings to the table.