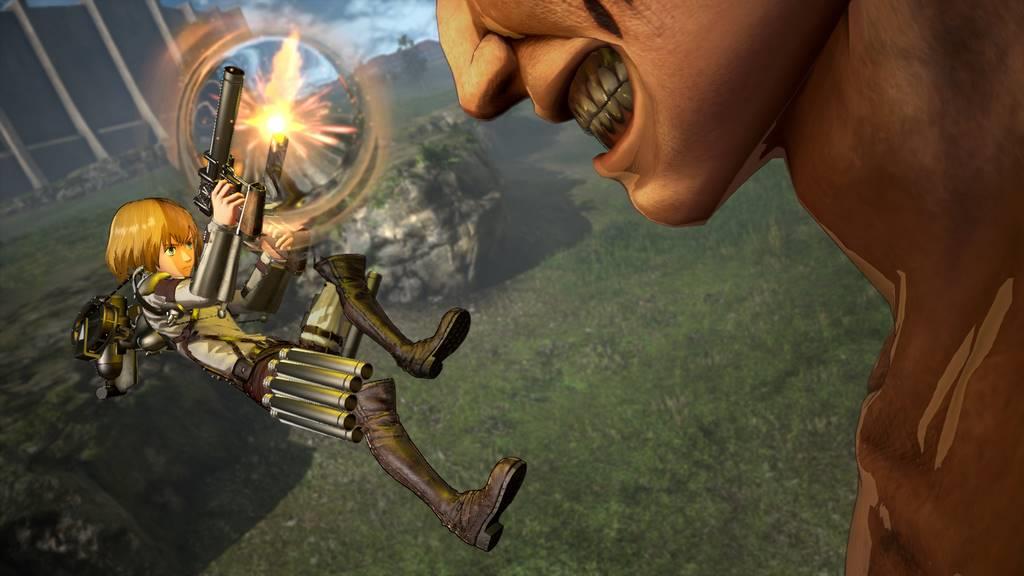 No, your eyes don’t deceive you. We’re revisiting Attack on Titan 2 again! However, it is time for the Final Battle! What does that mean? It means I finally get to see where this bonkers series closes! Albeit, not in its anime form. But who cares? When the gameplay is as fun as this franchise has been, it’s easy to overlook some of the flaws of the series from… wait, was this game always this janky when I reviewed it the first time? Did the physics really make the titans fall in ways that made no sense? I... may have let my enthusiasm for the series blind me to a couple of production flaws here and there in the original review.

So, it’s been about a year and a half since Attack on Titan 2 was released. You can see what Nathan thought of the game back in March of 2018 here. What does Final Battle bring to the table? A fairly beefy amount of content to be honest. For starters, season 3 of the show has been adapted to the game in the Character Episode Mode, which in turn ups the number of playable characters to a little over 40. The story plays out between story expositions and missions that are structured after the show, allowing players to recreate some of the show’s most iconic fights with some of its memorable, and not so memorable cast members. Most of Kenny’s murderous squad can be unlocked over the course of the story and can then be used in the game’s new Territory Recovery Mode, along with other previously introduced modes.

Territory Recovery Mode plays out like a tactical battle where the goal is to lead a custom built regiment in an effort to take back the land beyond the walls and even use the anti-personnel weapons wielded by Kenny and his group within the Military Police. Where as Another Mode was similar in scope to something like say, Monster Hunter, or Phantasy Star Online, where you’re repeating missions over and over, Territory Recovery Mode feels like you’re actually out on the frontlines against the Titans, actively pushing them back and reclaiming the land that was lost, and gives a better sense of progression over the simple acquiring of gear. In it you’ll need to micromanage the ongoing war effort, placing fresh units in the place of fatigued fighters, along with developing your home base to allow for further expeditions into deeper territory. 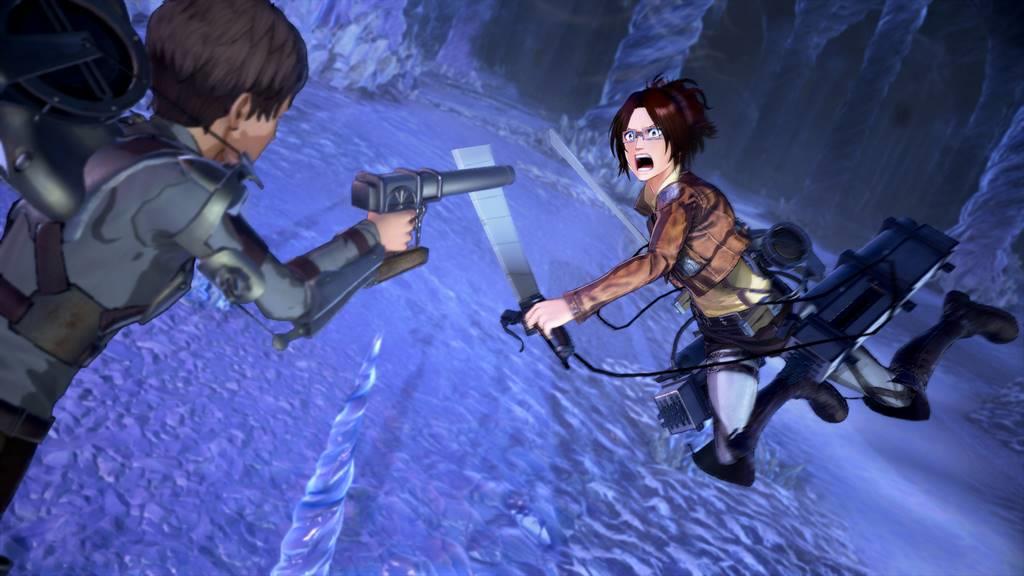 One thing I will note that isn’t exactly a welcome addition to Final Battle, is the revision of the controls to make the game a bit more accessible to players. While I appreciate the addition of Control Assistance, it actually doesn’t make the game that much easier. What it does is automate the attack process a little, but first requires players to set the best possible line toward their target. Unfortunately due to the chaotic nature of battles, the best line to attack a titan can change at a moment’s notice, which made the flexibility of the ODM gear movement so vital. By reducing it down to something so simplistic, players are going to have a harder time taking down the titans.

So, does the additional content justify the $40 price tag? Yes and no. If you are just picking up the bundle game which includes the base content of Attack on Titan 2 as well, then yeah, it’s a good value for a complete package. But otherwise, $40 is a little steep for a small amount of new characters, some additional story elements,  and a new gameplay mode that I personally feel is better than Another Mode, but doesn’t change up the gameplay in any way that is noticeably significant. That’s not to say that it isn’t enjoyable, but it just feels like more of the same, which was also the problem that Nathan had when he reviewed the original game over a year ago. So if you’re reading this and thinking, ‘Sweet, more Attack on Titan!’ then there’s actually little reason to skip out on this, but if you felt that you got everything you needed to out of the base game, then you could just as easily get caught up on the story on a streaming service, or even Toonami.

This content is pretty much dedicated to the Attack on Titan faithful. It's not enough content to justify a whole new game, but it does a good job at being a pretty beefy add-on, but the high cost of entry makes it a tough sell.