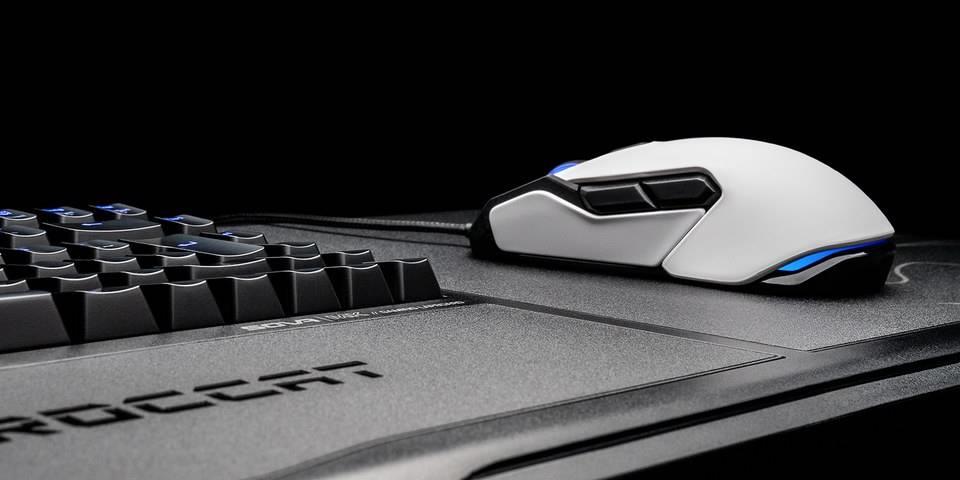 Ergonomic gaming mice are somewhat of a red herring in the world of PC gaming. Rarely do they offer both comfort and good functionality; a gamer is either getting one or the other. Roccat has tried to find the sweet spot with their latest mouse: The Kova AIMO.

Roccat started their AIMO series some time ago, coining the phrase “living lighting” by offering better RGB options with their peripherals. The Kova Aimo is the latest iteration in the series. RGB may not be the end all, be all for gamers, but it’s never a bad option to have to offer customization to a battlestation. The Kova’s RGB lighting isn’t flashy, but enough to at least get some attention.

The Kova AIMO, like it’s predecessor, offers up to 7,000 DPI at the click of a button and stays under the 100 gram weight by the thinnest of margins. While the original Kova had standard RGB lighting, the AIMO version can have full customization via the Swarm software that is distributed on Roccat’s website.

The good part of the Kova AIMO is the profile of the device. Yes, this is an ergonomic mouse but it doesn’t feel uncomfortable due to the design. Beyond the standard buttons, there are six extra on the unit, including the quick-fire buttons that are next to the primary buttons up top. The other four buttons are on the sides, meant to offer the same functionality for both left and right handed gamers. 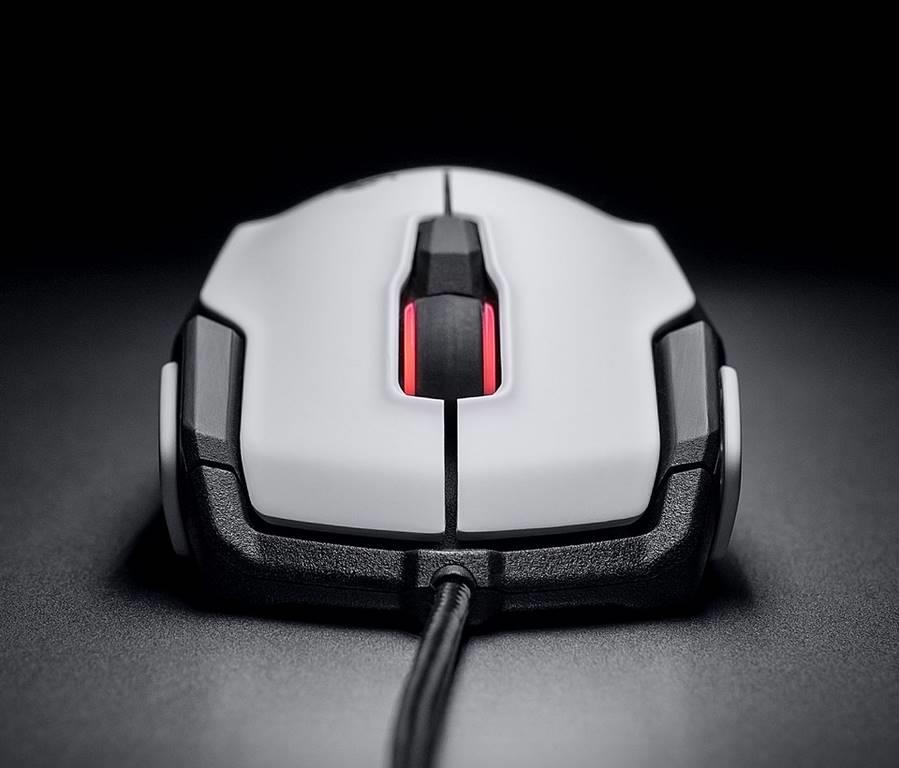 The mouse moves smoothly on any mouse pad or even on a solid desk. There are five pads on the bottom of the mouse to assist with movement to make it as fluid as possible, though I will recommend using a good sized mouse pad. The Pro-Optic Sensor R6 still gets the job done as I never experience any hiccups with pointer-jumping or interruptions in movements on any game that I played.

My biggest complaint about the Kova series hasn’t been the design, but the size of the mouse. I’ve been a loyal user of Roccat’s Kone series, a larger mouse that fits better for me because I have large hands. The Kova works for short periods of usage, but my hand gets cramped quickly so long sessions tend to be a little rough and require some flexing of the fingers and hand.

Roccat’s Swarm software is another issue here. It’s been out for almost five years and there has been little change to the problematic software. While some of the features work just fine, such as changing the lighting and programming buttons, Swarm hasn’t ascended one bit and still looks clunky and has trouble saving profiles. This also doesn’t address the main problem in that the software can be a pain to install and updates are even worse. The automatic updater tends to fail more often than not when I get a new device to add to it, forcing an uninstall/reinstall of Swarm. This shouldn’t happen and I hope Roccat addresses it soon. 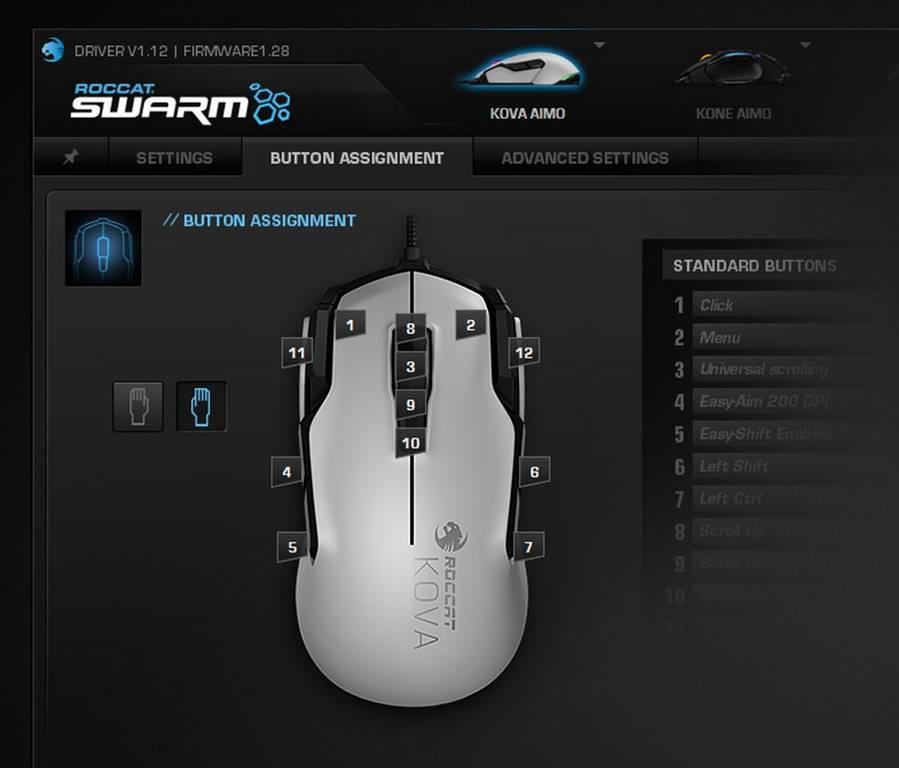 One of the features missing from the Kova that’s available on different products is adjustable weights. While having a lightweight mouse certainly is nice, some people prefer a bit more weight to their mouse. With no option of adding weights into the bottom of the unit (more than likely due to the low profile of the design) a player is locked into the 99g weight. That could be a dealbreaker or a major selling point, depending on personal choice.

The price point is very attractive at just $49.99 at locations such as Best Buy. Not many people need gaming mice with the 12 buttons on the side for the thumb and just want a simpler option. Roccat did well to design a mouse that has good functionality and isn’t pushing $100 as a price point. Left-handed gamers will appreciate that as a good ambidextrous mouse can be tough to find.

All in all, the Kova AIMO is a solid little mouse. It probably isn’t my first choice because of the size (I’ll stick with my Kone) but I can appreciate what Roccat has accomplished here. With quick fire buttons for the index finger and thumb, as well as offering a nice RGB lighting option via Swarm, the Kova AIMO gets the job done without hurting your wallet too much.

It's not perfect, but the Kova AIMO is a wonderful option as an ambidextrous gaming mouse. Minor issues aside due to Swarm software should deter someone from enjoying a solid mouse at a good price.