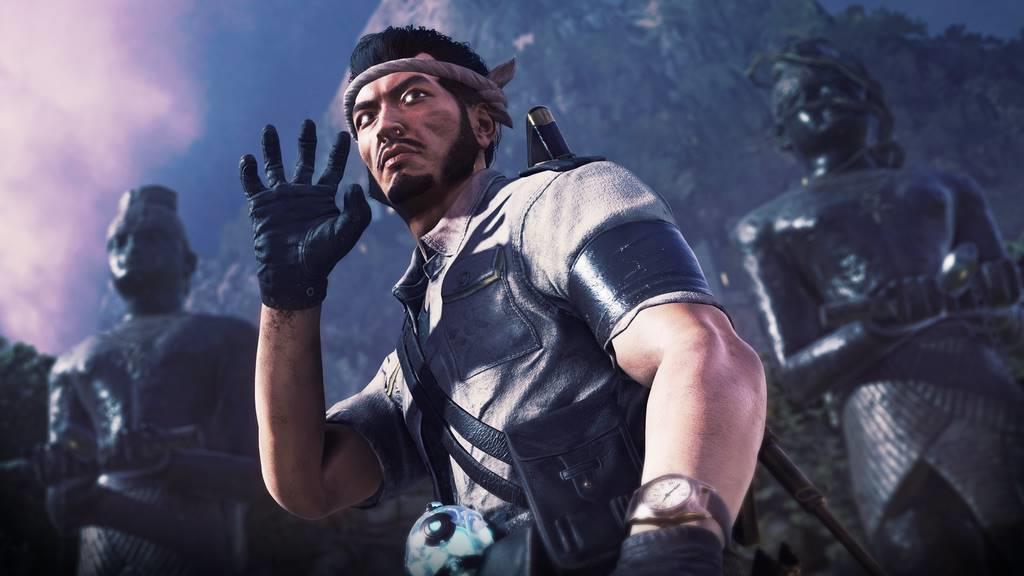 Written by Zachary Atwood on 11/15/2018 for PC
More On: Strange Brigade: The Sunken Kingdom

After a strong release, Strange Brigade has continued to deliver a number of additional content updates over the past couple of months. Among these updates is the new story content, a trilogy called 'The Thrice-Damned'. Each story update is included in the season pass and includes a single story mission, a new playable character, a couple new weapons and pieces of equipment, and a new amulet power. The second mission in the trilogy is 'The Sunken Kingdom,' which takes the Brigade deep into an underground city for another encounter with the Thrice-Damned.

In terms of the story mission, The Sunken Kingdom itself doesn't really break any new barriers. As with previous content, the environments of the underground areas are downright beautiful to look at and experience. I spent so much time just walking through the map taking in all the incredible sights, just like I did with the original game.

The gameplay is largely the same, as expected, but there is a distinct lack of variety in the enemy pool. The entirety of the level is played against the same exact sets of enemies, which leaves a little bit to be desired. Even the boss at the end of the level is just a boss from a level in the original campaign. There's really only one unique enemy encounter in the level, and it involves the scarabs from the original campaign, but with a somewhat unexpected twist. It was a fun sequence, but the game's efforts to coach me through the mechanics of the scarabs was a really impressive and somewhat disappointing display of handholding.

To its credit, the new mission did have one of the longest siege sequences I'd experienced yet, where you have to hold off a large number of enemies to unlock a door and progress. It's hard to say whether others would like this, but the siege took long enough and threw so many enemies at me that I was to the point of almost completely exhausting my health and ammo by the time I dropped the last enemy. It was a nice change of pace for a game that I didn't find particularly challenging throughout the original campaign. 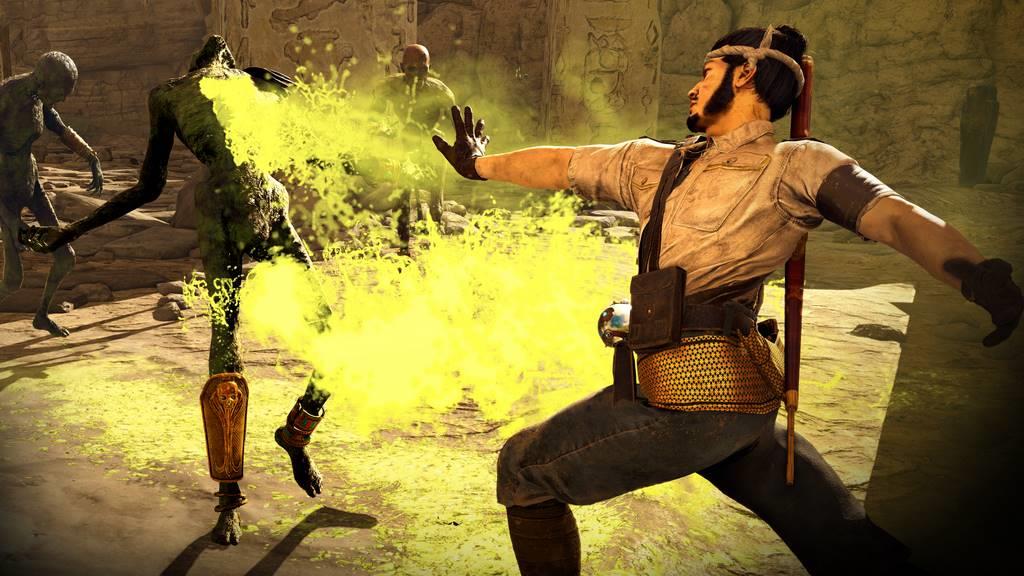 The not-so-puzzling puzzles also return, with a few of the previously established puzzles making an appearance throughout the mission. It's nothing too crazy, and definitely never left me feeling too confused. In fact, I think the most confusing part of the mission was the very start, where I got caught up in what I can only assume was meant to be a very simple puzzle because I missed one tiny detail.

The campaign also introduces a new member of the Strange Brigade, Hachiro Shimizu. As far as I'm aware, the characters in Strange Brigade are mostly just different skins for a base model. I think there are some minute ability differences between them, but I never really felt like the game made clear distinctions on  what those were exactly. Regardless, Shimizu is a fun character to play (especially his high kick melee), and ships with some new weapons and equipment. 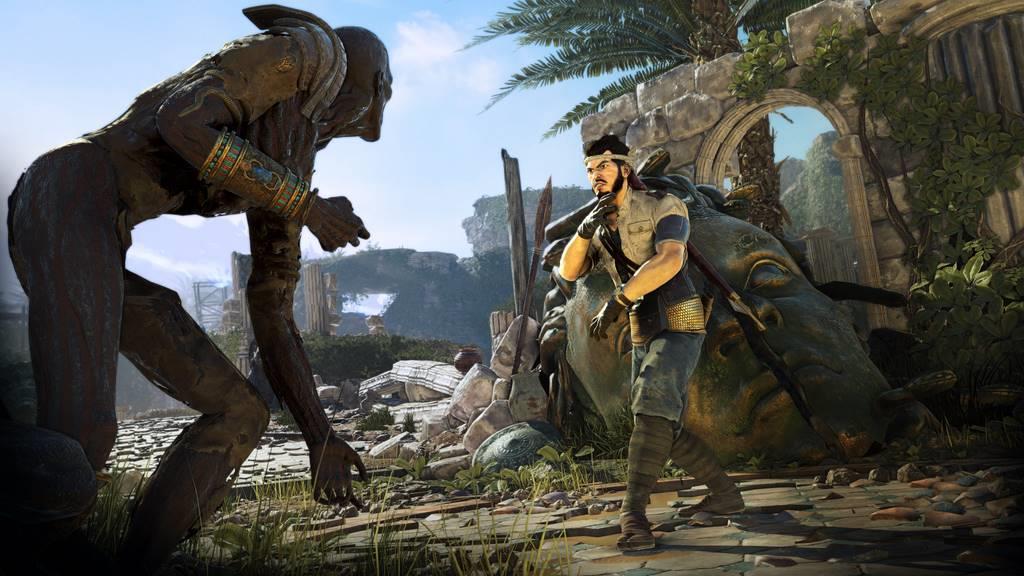 Shimizu's default primary weapon is the Mikhailov 38 rifle, a slow firing rifle that's even slower to reload. All that slow-ness yields some particularly strong results, as the rifle is particularly effective at parting enemies from their heads, even at extended ranges. Plus, the reload time being long adds a bit of tension to the game, forcing you to constantly reposition to protect yourself from all the baddies. His sidearm is the Marchador TT pistol, which acts like most of the other pistols in the game: it shoots. Shimizu's equipment is the shock grenade, which creates an arc of electricity between enemies, stunning them and making them easy targets for the Mikhailov. His last unique ability is his amulet power, Decaying Demon Blast, which creates a line of caustic demonic spikes in a line in front of him, decimating any enemies in its path.

The best part of the weapons and equipment are that they released with the mission, but can be equipped on any of the characters, so there are plenty of opportunities to test them out on your favorite Brigadier.

All in all, it might seem like I'm saying this is a bad DLC, but that's not really what I'm getting at. To me, Sunken Kingdom comes across as a safe DLC. It's just giving us more of what Strange Brigade was at launch, which as far as I'm concerned is really nice. That being said, I definitely hope to see some more innovative DLC in the future. So far, Rebellion has done a fantastic job of releasing small updates for the game that help enhance the gameplay loop, but the true test will be to see if the future holds new and different adventures for the Strange Brigade, or if we'll have to wait for a sequel to get the more significant changes.

The Sunken Kingdom is a fairly small expansion for the Strange Brigade, and while it doesn't exactly bring a whole compendium of new mechanics and adventures into play, it serves as a strong continuation of all the things I enjoyed about the original Strange Brigade campaign. Players get a chance to explore a beautiful and fun mission, all in the shoes of a brand new character. The DLC also brings some new weapons, equipment, and amulet powers to the playing field, giving players some room to experiment with different combinations. In addition the DLC, Rebellion has done a great job of periodically adding new (and free) content to keep players entertained, so there's no reason to expect them to stop now.