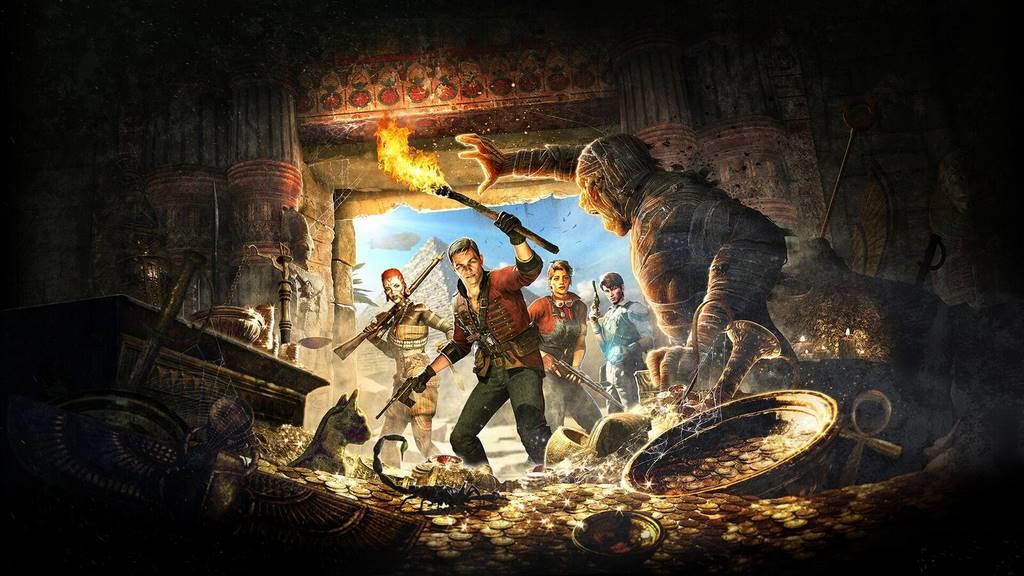 Written by Zachary Atwood on 9/12/2018 for PC
More On: Strange Brigade

I've spent a great deal of time with Rebellion's Sniper Elite games. They basically checked all of my "I love this" boxes. They brought (somewhat) historically accurate environments to life, delivered fun stealth and sniping mechanics, and then sprinkled on just enough ridiculous historical inaccuracy to set themselves apart.

Then, they brought us the Zombie Army Trilogy games. Took all those fun sniping mechanics and added endless hordes of zombies commanded by none other than zombie Hitler himself. The pure ridiculousness of it all was only outmatched by how fun it was to bring three friends with me, crank up the difficulty and zombie spawns to the max, and slay nazi zombies for hours on end.
So when I first heard about Strange Brigade, another four-player co-op shoot 'em up in the same vein as Zombie Army Trilogy, I was sold. It basically took everything I loved about Rebellion's previous games and upgraded it. Class systems, more weapon variety, magical powers, and even more traps. It had it all.

More than a year after the original announcement, the game finally came out, and I got to sit down and dive into everything I'd been waiting for.

Stylewise, Strange Brigade frames the adventures of its protagonists in the form of a 1930's radio drama. It even comes coupled with a well-spoken British narrator, who serves to illuminate the adventurer's antics with a constant stream of conversation. At certain times, the narrator's commentary can become quite tiresome, but there's an option to limit his chattiness in the menu if you are so inclined. The different playable characters are equally eclectic, spanning across several different archetypes. Starting off you have Nalangu Rushida, a Spirit-Warrior who joined the Brigade to fulfill her destiny of hunting magical beasts and demons. Gracie Braithwaite, a Rosie the Riveter type with a lot of toughness and a 'no-nonsense' attitude. Prof. Archimedes De Quincey, the scholar who joined the Brigade after one of his expeditions encountered supernatural forces. And lastly, Frank Fairburne, the soft-spoken sharpshooter with a lot of love for money. Setting-wise, the game takes place exclusively in Egypt, so there's an expected amount of encounters with pyramids, tombs, and other things of that sort.

For the most part, I really enjoyed the stylistic elements of the game. The game can get really cheesy and trope-y at times, but that's basically what I expected when I picked it up. It's something you have to be a little willing to embrace, but I was totally into it. 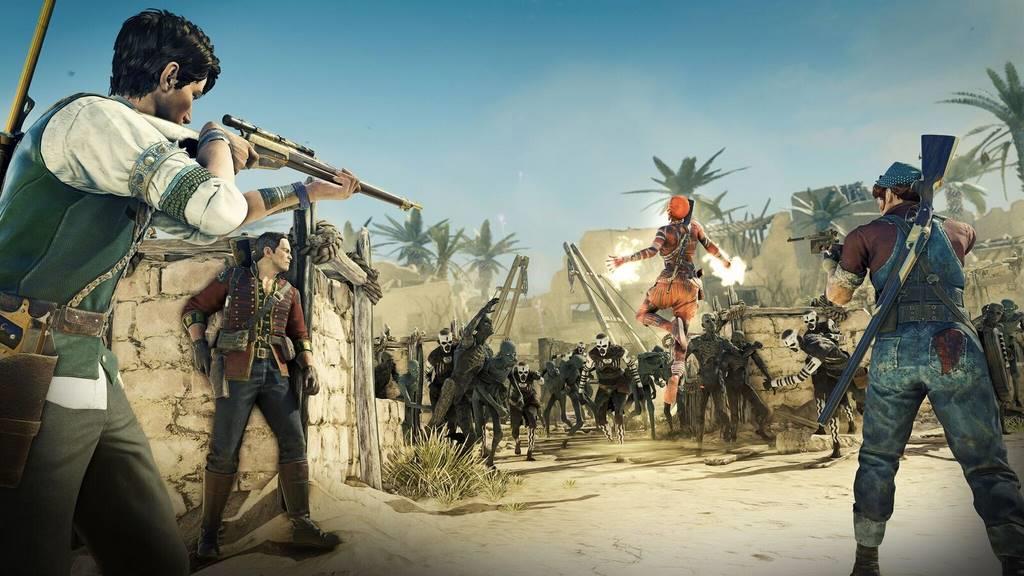 Gameplay was pretty in line with what you'd expect from this type of game. As you progress through the story, you'll encounter hordes upon hordes of enemies. Occasionally, a new type of enemy shows up with its own unique abilities, like teleporting zombies or spear throwing queens guard. Unsurprisingly, most enemies are susceptible to bullets, so you'll find yourself shooting them more often than not. However, there are plenty of other options, as the maps are littered with an abundance of traps, which become very effective when you can get enemies grouped up together. Aside from that, your character comes equipped with an explosive such as a grenade or C4. Finally, every character also has a magic amulet, which you charge with the souls of your enemies. Once it's fully charged, you can release a powerful ability unique to your character. Each character has a set of different amulets only they can use, and you can unlock more by finding collectibles hidden throughout the story. My personal favorite was Nulangu's Deadly Tether amulet, which allows you to create a line between your character and an enemy. As you move, the line destroys any other enemies it comes into contact with until it drains the life of the enemy its tethered to. It's amazing and oh so fun.

The story definitely takes a backseat to the gameplay, so I won't spend too much time on it. It's a pretty boilerplate story, with the Brigade teaming up to take down an ancient evil that's been awakened deep within Egypt. It's not to say it's bad, but I wouldn't expect it to win any awards. And that's fine. 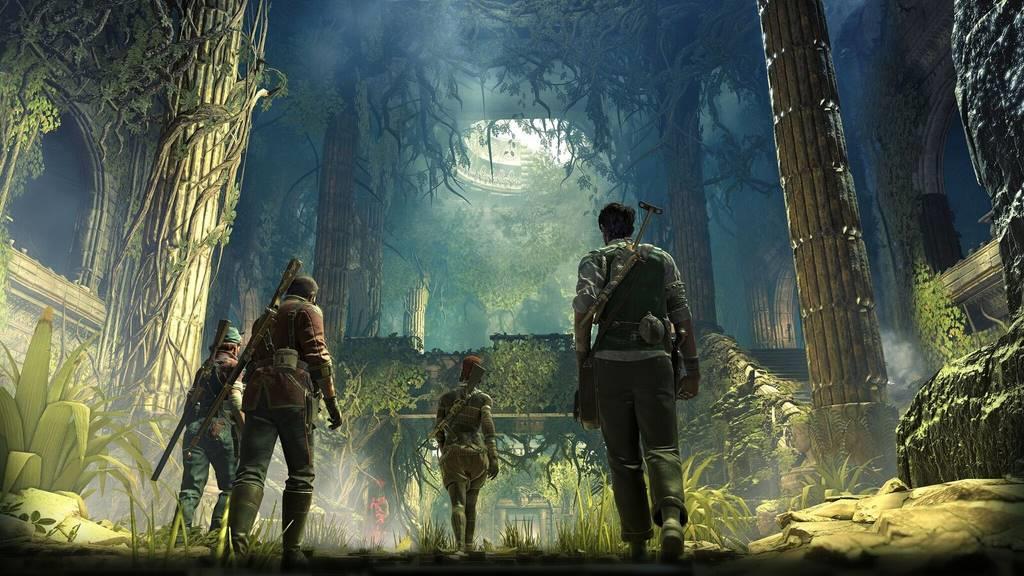 Each level has a pretty similar structure, you walk from the beginning of the level to the end, fighting a bunch of monsters along the way. Sometimes you have to solve a puzzle or two on the way, sometimes you end up fighting a tougher monster. In the end, you always end up fighting a big, mean monster that has some different set of mechanics. None of the enemies by themselves really presented a challenge, and most of the bosses just involved figuring out which part of their body to shoot when, and then rinsing and repeating until the fight was done. Despite that, I still found the overall experience of the campaign really fun. The environments are absolutely beautiful and a good portion of the time I found myself just looking around at everything and taking it all in. The progression of the levels was pretty nice, too. Despite the consistent formula, there was a strong balance of fighting, puzzling, and exploring that kept me off-balance throughout a level, making it feel more spontaneous. Gunplay felt good, which I would have expected based on Rebellion's past games. There's definitely a limited selection of weapons, but it ultimately boils down to choosing between an SMG, shotgun, carbine, or rifle. Each gun seems to want to be on one of the characters, but you're free to equip any gun on any character. As you progress through levels, you earn gold, which allows you to buy better (and slightly improved) weapons.

All in all, the campaign took me about six hours from start to finish. I played through solo on medium difficulty with average enemy spawns. Playing through solo can definitely be a little boring, so it may be best to bring some friends along. I ventured into some co-op just a bit, and it definitely ups the fun. The action gets a bit more chaotic and you'll find yourself competing with your compatriots for loot since gold and weapon crates are not instanced. 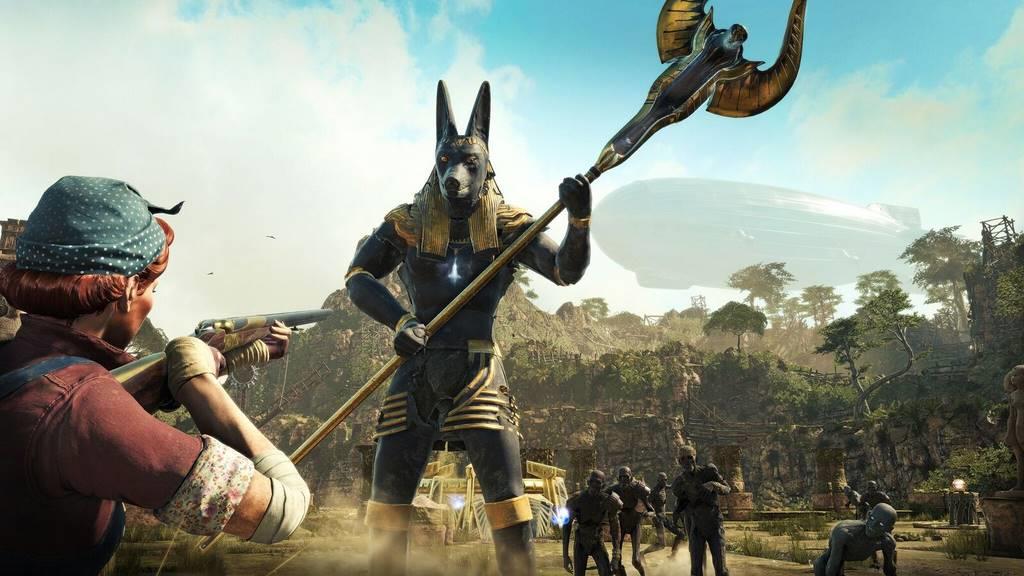 Once I finished the campaign, there were a few options left available to me. The first was horde, which pits players against endless waves of enemies. This is probably more comparable to the type of zombies mode you'd see in a Call of Duty game. I'm not actually sure if you can get to the end, but I played it for about two hours and got past the first set, which consisted of fifteen rounds. The enemy variety was pretty consistent too, adding a good amount of challenge trying to deal with the bigger, tougher enemies without getting overwhelmed by the small ones. One of the cooler parts of horde mode was the inclusion of a puzzle within the game. There are different rooms you can open while fighting off the hordes, and each one contains a piece to a larger puzzle, which gives you access to a powerful weapon. It was an interesting mechanic that kept the game moving along instead of feeling repetitive. Overall, horde was well done and enjoyable, and I think any group of friends looking to find higher difficulty in the game would find plenty of hours in the four different horde maps.

The last mode is Score Attack. It's a much smaller and self-contained mode, where you work through a small chunk of a story mission. The whole purpose is to move from start to finish as fast as possible, eliminating all the enemies on the way. As you defeat enemies, you gain score and your multiplier goes up. The faster and more efficient you are, the better your score. Each of these goes by really quick, taking no more than ten minutes apiece. There are nine of these in total if I remember correctly, but the game indicates that there's another set of nine coming in the future, so there's definitely going to be more to do. I found these really fun, as each one has ten challenges associated with it, there's definitely some room to grind through these.

So in total, I found that I put about 15 hours into the game until I felt like I'd experienced most of what the game had to offer. Even with three other horde maps to master, new Score Attacks on the horizon, and a good amount of collectibles left to get through, the game definitely doesn't feel like it really facilitates enough content to be worth it's $50 price tag. The big deal-breaker is multiplayer. If you feel like you and a group of friends would enjoy the game, multiplayer gives you plenty of replayability you may not find otherwise, since the game can start to feel stale when you play solo.

This game was good. It was everything I hoped for. The style and design of the game are interesting and fun. The gameplay has great fighting mechanics, a mix of easy and challenging puzzles, and beautiful environments. Horde mode and Score Attack work together to provide a strong alternative to the story. The major downfall of the game is that there doesn't seem to be a lot of content to extend the game past the three modes, other than co-op. This isn't a dealbreaker by any means, but those looking to purchase it should understand that they won't get an endlessly replayable game.