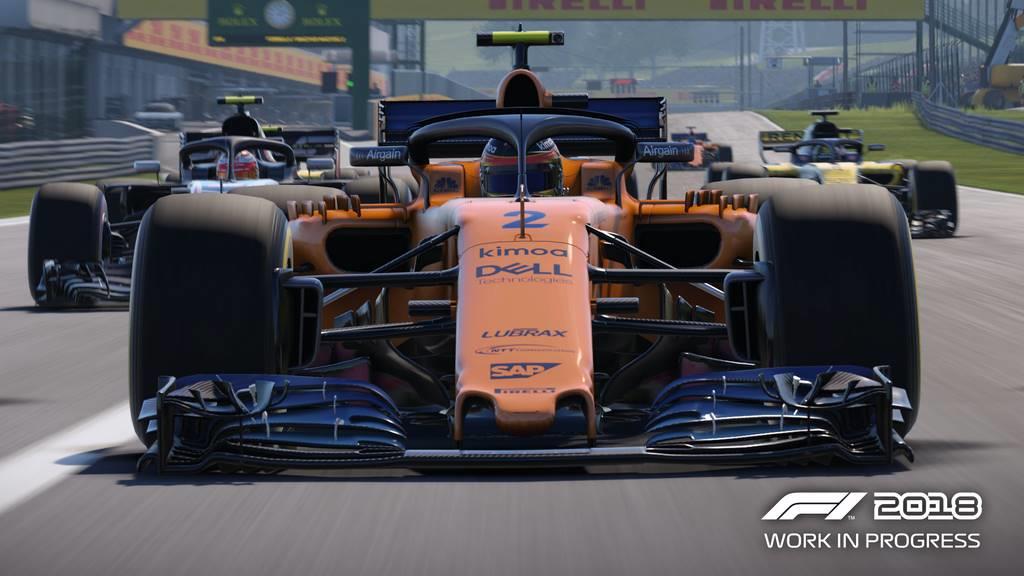 There was a lot of greatness to last year’s F1 game from Codemasters. The game was challenging, beautiful, and created a bunch of really good races for the player. There were some poor “afterthought” programming to the game as well. Cookie cutter cut-scenes, mediocre storyline, and poor side missions. Yet, the game itself was only bettered by a veteran game named Forza.. and not by a country mile. Since then, there have been numerous trailers and stories about the greatness of the 2018 game. So.. is it the crowning achievement?

The game starts you out with finding a brand, team and manager before getting you into the action and right from the get-go, this looks like a DLC from F1 2017 rather than a new game. The garage looks are rehashed; the managers and conversations are “copy-pasted” to each team; and aside from the better lip-sync graphics, you feel like you did a year ago in the last game.

From there, you shuffle off to the track. This is absolutely the same look and feel as the previous game. You are in the cockpit where you can look over challenges (which are still lousy), check the set-up of the car (tires, etc), and can choose to drive out, or start in the flying lap. I can say with utter surety that – like 2017 – I never drove out. A. It was out of your control for most of the pit and B. It was a longer waste of time. With the need for a restart after botching two straight corners, you cannot possibly want to watch the game drive you out of the pit again at 40 mph.

A good carryover from the last game is the ability to create the difficulty of your choosing. All the way to easy makes for a game that most can play (maybe even a bit easier than the last game). Since I played the last game for many hours, I beefed up the difficulty, but I never felt like the game was forcing impossible times. I think that the AI is too accident prone – even with a win through the corners. I also think that the penalties are still too sensitive for the lower difficulty levels. If you are on 10% difficulty and are trying to play for the fun of it, there is no sense in a three second penalty to make matters worse.

The practice sessions, which I mentioned earlier, are still rubbish. They are quite possibly the biggest disappointment in the game. There is a myriad of side testing that translates into points that are used for you and your team that are grossly too difficult for the rest of the game. After running quite a few laps for practice, I was able to get pole position (by about six tenths of a second) and then finished 1st in the championship by almost SEVEN seconds. Yet, for all my skill in racing, I couldn’t necessarily finish all of the challenges (or do them in the allotted time), or they could take up to five tries to accomplish. There is zero reason that the challenges should pose that much more effort to finish than the actual races. That would be like having to take 15 minutes and a half dozen attempts to fit an engine to a car in Forza before winning the race in four minutes. 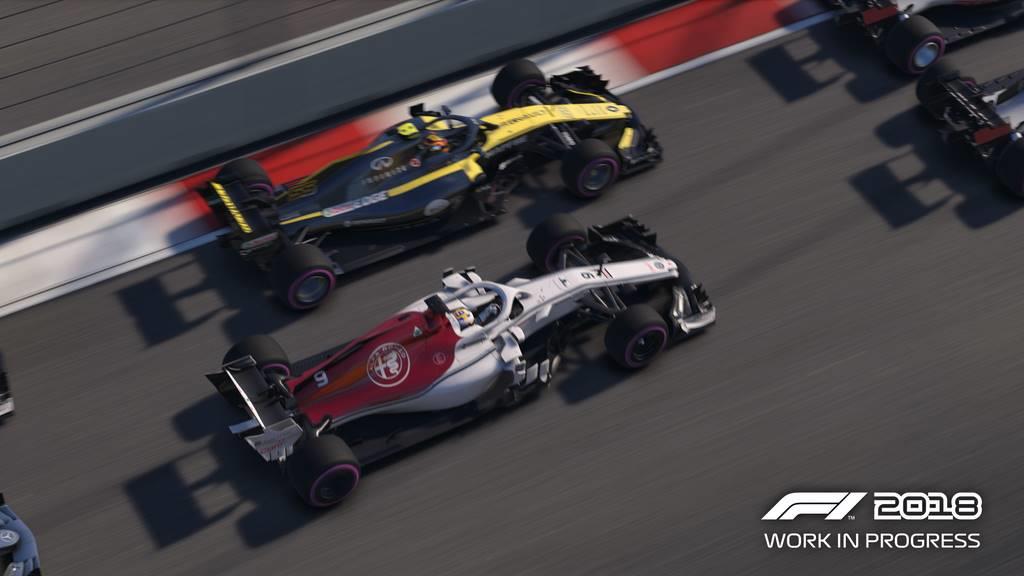 The race itself is just as glorious as 2017’s and tics all of the right hashes. You have practice sessions to get the best position possible. There are seemingly unlimited number of times you can save the game throughout the race (I’m looking at you Forza Endurance races). The pitting, callouts by your team, and ability to use the flashback all work like clockwork. And aside from the disparage between how tough all of the pre-race is to the championship, It is seat-of-the-pants enjoyable. Downsides include the same winner’s area, and champagne shower as the last game. The same over-zealous penalties for cutting corners or exceeding track limits. And, like last year, there is NO quick racing. You pre-race for what seems like forever (without which you miss out on points for the career), and then race a dozen or so laps which turns into over 20 minutes itself. I get the idea of the game is the racing enjoyment, but I can say I miss Forza’s 3-6 minute fun.

But the great, and I mean great racing aside, still led to other things that F1 2018 does poorly or not at all. The conversations with the interviewer are annoying. They don’t give enough time to really read the three to four messages (I am a author, and writer so the chances of a nine year old doing better at making an informed decision are slim to none) and when you answer the question, the result seems ambiguous to the added bonus you receive. The bonus that you get is hard to place within the game also. Meaning, it doesn’t show you what you get with a status bar or anything, it just brings up a name of a section and that’s it. It feels unfinished.  There is also a bit of obscurity to the point system, the advances to the cars and career, and even a bit of detachment from the rivals. I’m not saying it is rocket science, but it is not laid out in a very easy manner. Lastly, I think the game could use a VR platform to make it shine. Unlike Forza, which uses hundreds of cars, dozens of tracks, and a ton of customization to make you stay put, F1 2018 has nothing to make replay as exciting. There are races with other cars throughout the career, but not in the same manner as Forza – you still know you are in a thoroughbred race car.

In the end, F1 2018 is more of a really good DLC pack… like the ones for Borderlands that feel like more like a full game rather than an add-on. There really isn’t enough change between the two years and what they did change/add-on is mediocre at best. What that says is that it is still a very good game and most likely best sim on the market this year. It also says that the highly rated game last year is too good to worry about replacing.

F1 2018 is by far the best F1 racing sim that has ever been made. It has the graphics, career mode, and blissful racing to make anyone go ga-ga. It is also no better than the F1 2017 from last year in virtually every way.