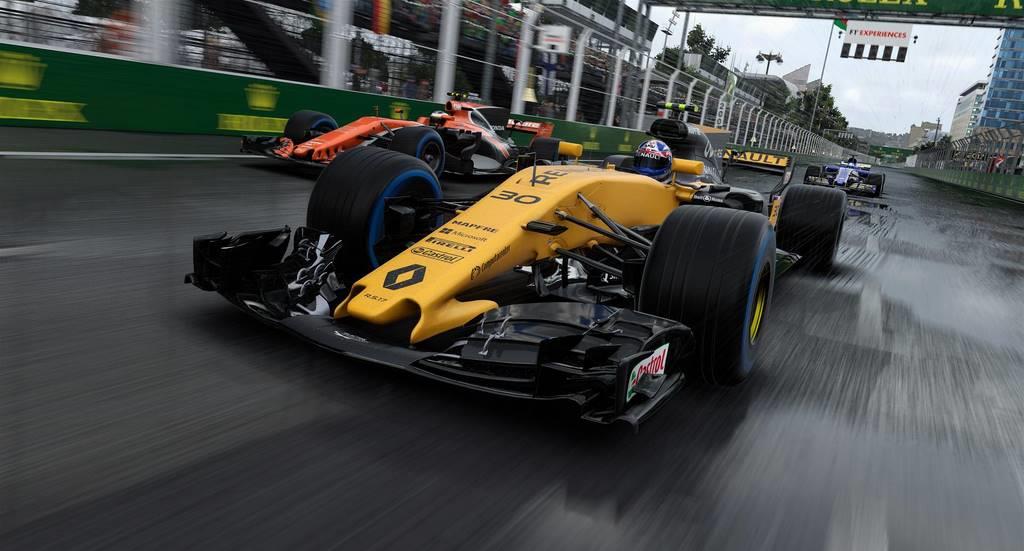 Like I’ve said before, I’ve raced all kind of vehicles in the gaming world and for me there are two constants that I’ve followed:

To start with, most car simulators throw you right into the first races whether or not you are ready. F1 2017 starts you off with a multi-run session of practice laps and testing. It allows you to get better and better without actually being in the race. Between the practices, qualifying, and tutorials, you are able to drive without too much trouble.

Also, like a lot of car sims, there are a truckload of ways to make the game easier or more challenging. There are a few straight settings – Pro, Amateur and the like, and you can also customize things in each of these settings. Like pro, but don’t want to manually shift? No problem. F1 will easily cater to your every whim of difficulty. I found the settings I chose to be fantastic, but I have also played most of the racing games out there. I can definitely see someone who is a tinkerer needing to practice for a long while before succeeding in the harder careers.

As far as the aesthetics, F1 is impressive. The graphics are beautiful and full of color. It seems very realistic and adds to the thrill of the driving experience. The car sounds are also intense. The sounds from one F1 car to another isn’t a huge difference – like that of a ZR-1 vs a Mini Cooper – but each has it’s own particular wail. I drove the Ferrari for the better part of 2 hours and when my son had a go, he used a Mclaren that was a good pitch different. F1 drivers hardly care for the nuances of engine noise, however, when they are scooting along at 185 miles per hour. F1 also gives you the ability of 6 different driving settings. I prefer cockpit for realism, but my son used the outside farthest rear to see the car moving. I’d say the least impressive side to the game is the music. It isn’t a huge necessity for a race game, but it is also pretty weak - a menu theme and a F1 2017 banner theme that comes up between races. 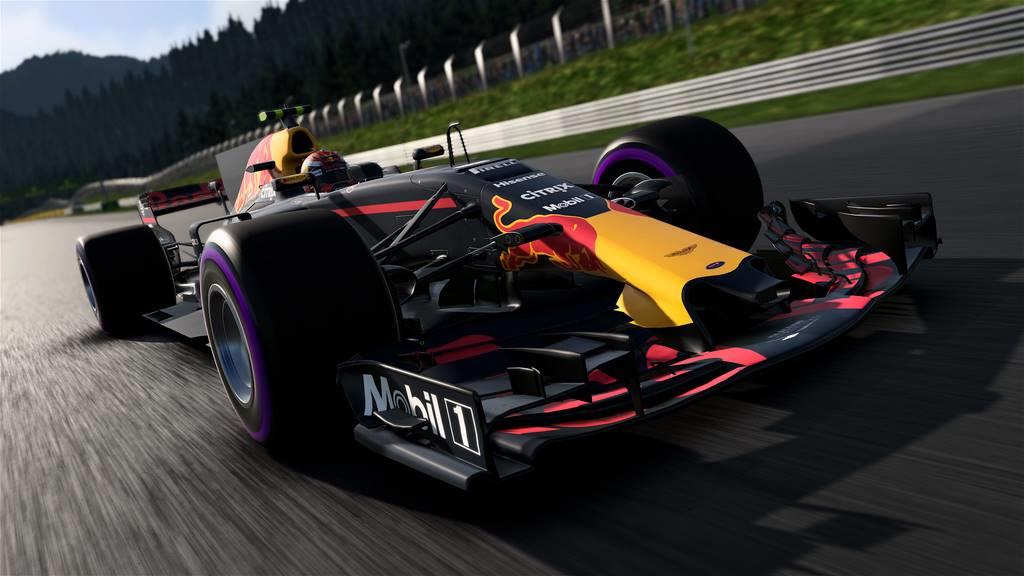 Back to the career. Codemasters has done a fantastic job in keeping things straightforward and to the point. It is very easy to follow – even for an F1 novice – and leads you down the path with kid gloves.  Practice sessions include multiple track sets where you perform tests to see where your car needs to be in order to perform perfectly. An example is tyre management. You will run through 3 laps while giving your car a rest on the corners and therefore keeping your tires from wearing as quick. These events help you get so acquainted with the track, that by the time you race, you are hitting it with authority. There are 3 practice sessions, so you have the opportunity to drive for a good while before a race and score points to use in development of parts and such.

This is another  pretty cool aspect of F1 2017. Using your high-tech laptop, you are able to use the points from the races and practices to be able to advance the car’s technology in multiple fields. Aerodynamics, for example, works on adding downforce and drag – which helps the car in many ways. There are more bullet points in development than I think you could use in one sitting, so multiple games would be interesting as you develop different arenas of advances. It all sounds complicated, but realize game does a lot of this for you. The other side of the coin is to play the game an easier setting and forget the research trees altogether. 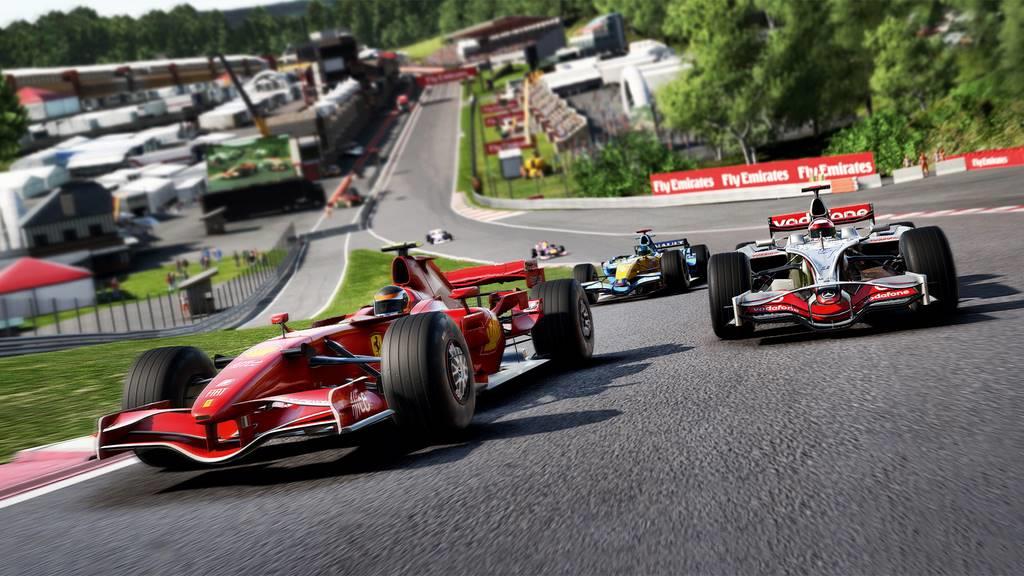 The practice-practice-practice-race setup isn’t the only racing either. There are a bunch of smaller races that put you into famous Indy cars to run interesting races. An example would be a Pursuit race. This is where you run a different car than your career – usually a unique car – to catch slower cars before a number of laps expire. It is a fun diversion to the typical importance of your career racing and is fun in the process. F1 also includes a “rival” in your life to help better intensity of gameplay. I loved hearing “so-and-so has withdrawn from the race” more than anything.

F1 2017 only has a few annoyances that I felt during the 12+ hours of racing that I did. The first thing is there is a lot of difficulty in the lower settings. I’ve played dozens of racing games which coddled you if you played on “easy”. F1’s easy setting was actually somewhat challenging at first. There are also 5 settings above medium ranging from hard to “ultimate”. For the time I put in, even “hard” was too much, so having these ridiculous settings above is rather silly.

The second thing that is annoying is the sensitivity with the “warning” system. There are warnings for cutting corners, bumping, exceeding limits of course and so on that are just too restrictive on lower difficulty settings. If you are playing on easy, it is ridiculous to get 3 second penalties for barely cutting a corner. There are even 10 second ones that are asinine if you are just getting used to the idea of play. The game should be a bit more lenient on the lower settings. 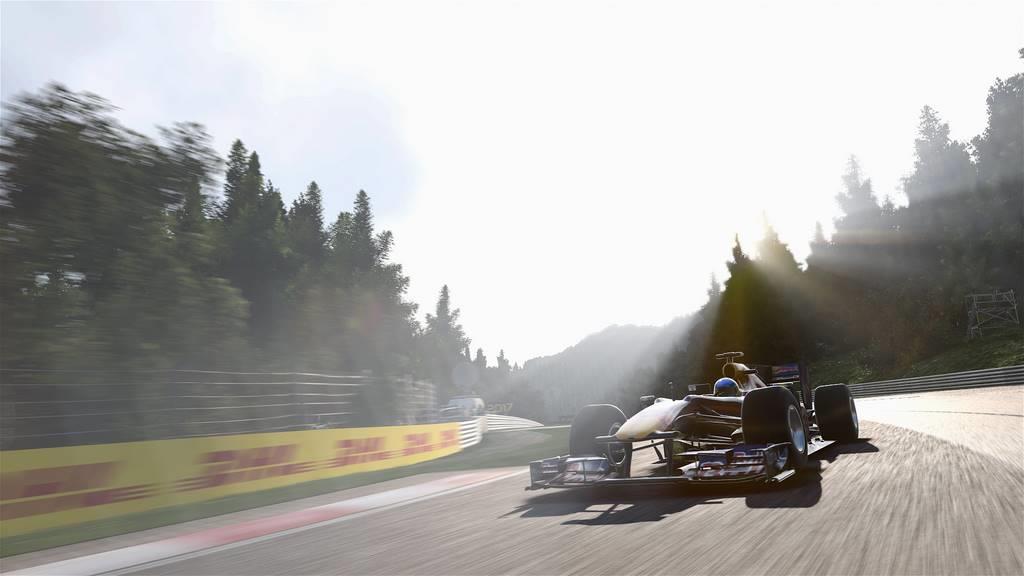 There are other less annoying things that could be a bit better – like the difficulty of the practice session tests. Of the 5 tests, only one is a sure thing and the other 4 are – at times – twice as difficult to complete as the race itself. This also makes it difficult to collect coins to use for getting new stuff for the cars. Also the cut-scenes are very nice to look at, but are also very boring. The same 3 or so drab people work with your career and could be voted “most ho-hum” in their yearbooks. And it is a peeve of mine, but why does the opening sequence need to be the same for all of NINE teams? In some sports games I can understand the reusing of the office, desk and backgrounds because there are 30+ teams, but with nine teams it would be nice to see a different manager than the same one over and over again (especially with the drabness of them).

The above nuances are really like a gnat buzzing around a prime rib dinner – who cares?! F1 2017 is a phenomenal game that really puts you on the track. From the moment you get your first contract to the podium where you shake champagne all over the camera guy, the game really does a smooth job of making it matter. All you need to do is to decide your helmet color.