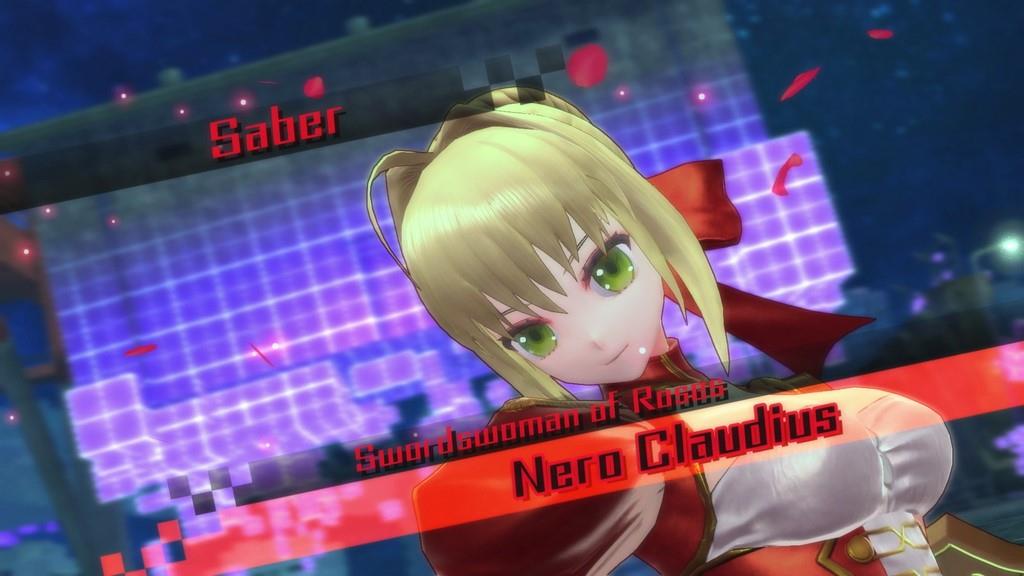 I know a lot of people consider them monotonous as they are just the same thing over and over again, but for whatever reason, I absolutely love these types of games. So much so that I have almost become the resident reviewer of these kinds of games here on Gaming Nexus as I have reviewed two of the One Piece games, Warriors Orochi 3, and the Samurai Warriors Empires game. I can add another one of these games to the list as Fate/EXTELLA: The Umbral Star has arrived on the PS4. This game however is not from Koei Tecmo and is not an official Musou game. Even with that said, this game is just as much fun as all of the other Musou games I have played in the past.

Full disclosure as when I accepted this review I didn't realize that it was part of a series, so please forgive me as I have absolutely no idea about the backstory of the Fate universe. After some research though I found that this game takes place after the Holy Grail war of the first game Fate/Extra. There are three separate stories to choose from in the game, each told from the perspective of a different character, Nero, Attila and Tamamo.

You play as the role of the "master" and can choose whether to be male or female. The three stories are interesting as character that you considered allies in one story will soon show up as enemies when playing from the perspective of a different one. As soon as the battle begins you will dropped onto the stage with hundreds of enemies standing in your way. Of course with these 1 vs. 1000 Dynasty Warriors type games, these enemies are no match for your ridiculous attacks and most of them are there simply for the purpose of being absolutely obliterated in seconds. You have quick attacks and strong attacks. Usually you can clear hoards of enemies by simply mashing the quick attack button but you do have combos which you can perform by using the quick attack in sequence and ending the combo chain with a strong attack. Within minutes you could see your combo meter reach a 2000 kill chain. That to me is the beauty of these types of games. Attacks are incredibly flashy and fluid and are incredibly fun to perform, which is incredibly important in a game like this since you are repeating the same actions over and over again. For some, this may become monotonous, but I always can appreciate a game like this when they are fun, and Fate/EXTELLA is incredibly fun. 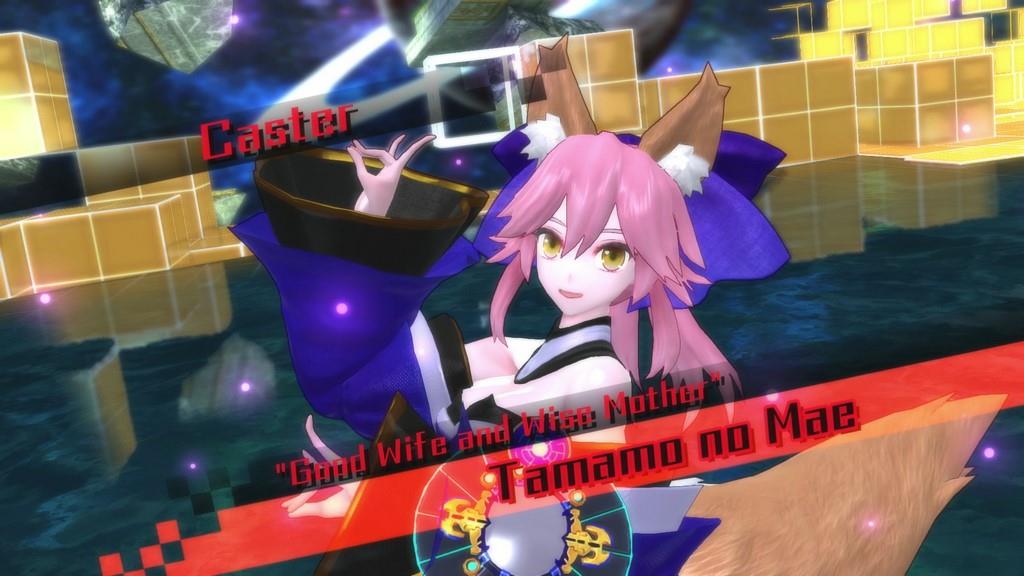 The goal of each battle is to complete the Regime Matrix. At the top of the screen you will see a blue and red meters indicating how many keys each side has. In order to earn more keys you need to take over sectors of the map. Each sector will have a different number of keys which can be obtained. In each of the sector you will find tougher enemies known as "Aggressors". By defeating all Aggressors you will take that sector and thus the number of keys that was allotted to that section. Collect enough keys and you complete the Regime Matrix. The game becomes a constant back and forth battle between you and the enemy to gather enough keys to finish the Matrix and if you complete it, the final boss will appear. Also on the battlefield you will encounter a number of "servants", which are like the generals from Dynasty Warrior games. They essentially act as mini bosses and serve to harass you as they will jump around the map taking back sectors until you defeat them. Of course you also have a special attack that you can utilize by pressing the O button. These attacks can be charged up by repeatedly pressing the O button, thus draining more of your meter. Usually I hold off on these types of attacks unless I am facing a strong Aggressor or bosses. There is also a secondary special attack which you may only get to use once per match as it takes a while for the meter to fill up. Activate this ability and you get to see a Magical Girl transformation type cutscene as your character transforms into a super powered killing machine. Seriously, in this mode you are ridiculously over powered and can melt thousands of enemies, Aggressors and bosses within seconds. This is limited however as it will only last 10-15 seconds before you transform back to normal.

Now with most hack and slash games of this type, the same annoyances seem to pop up as well. The biggest problem I have with most of these games is the amount of babysitting you have to do. You could go claim one sector, your teammates start calling for help, you go save them, and while you have done that, two more bases have fallen in the process forcing you go rebound back and forth throughout the map to avoid losing. There are enemies in the game called "Plants" that will essentially keep dumping Aggressors onto the battlefield until they are defeated. If Plants show up, these should be your first priority, but this can also become a problem if one of your bases is about to fall. Some levels are easier than others but some will probably require a few tries to get a strategy down and form a gameplan of how you are going to run through each level. Even with this nonsense, the game is still a blast to play so having to restart a level isn't the end of the world. At the end of each level you will encounter boss fights which can be quite challenging. These bosses all have unique hit chains you need to watch out for and block / dodge properly and getting caught in one of their chains will drain a huge amount of your life bar. 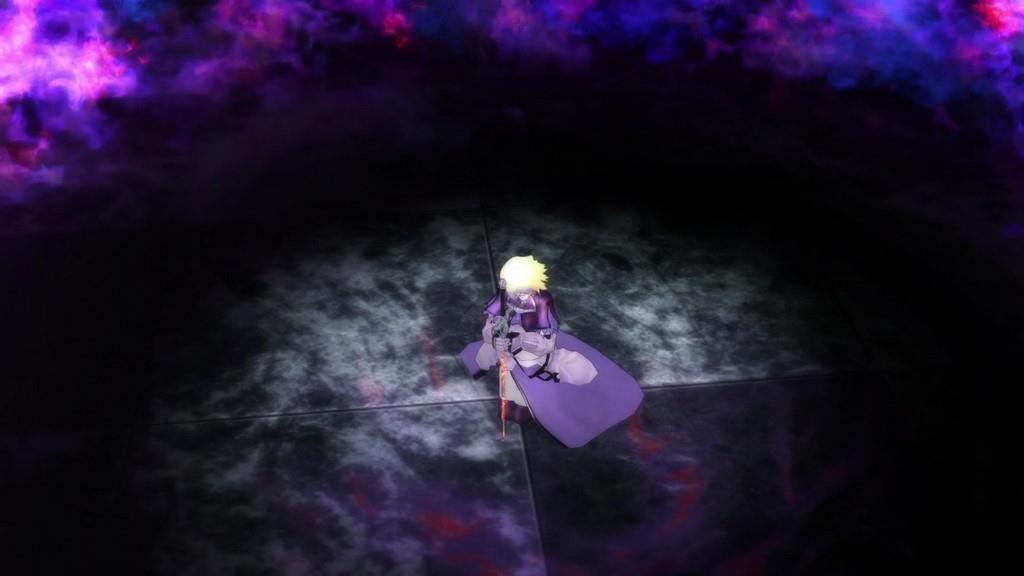 The mains stories can take about 6 hours each to complete which also depends on your reading speed as the games story pretty much plays out like a visual novel. At the end of battles and in between most of the story is essentially told through cutscenes, but the cutscenes are usually just the characters standing there as they talk. Aside from that, in between story missions you can talk with the various characters in the game which will increase your bond level with them. By increasing bond levels, you can then assign each character certain skills that they can bring into battle. Some of these skills include taking less damage from certain elemental attacks, having your special meter fill faster, or being able to apply poison to targets as you attack them. There are tons of these skills which you can collect just from playing the game and each one has different levels to obtain as well which increases the power of each skill. Aside from the three main characters in the game, there are also a number of side stories that you can play through as each of the games "servants". There is of course a Free Battle mode where you can play any of the unlocked stages as any unlocked characters as you wish without any of the story. Finally, there is a gallery filled with tons of unlockables which encourage repeated playthroughs in order to unlock.

While I don't know much about the Fate series, the story here seems strong enough to make fans of the series happy. For those who don't know anything about the series however, this is a still a great 1 vs 1000 hack and slash game with great characters, a fantastic soundtrack, and most importantly, great gameplay as well. Normally I don't go in depth too much about graphics but I do have to say that the 3D anime style graphics in this game look great. The just looks beautiful as well with tons of vibrant colors that pop right out of the screen. I know I compared this game a lot to Dynasty Warriors as I believe that's the most fair comparison to make in terms of the gameplay itself, but while the gameplay is similar, it is also completely different and it's own game which makes it worth looking at even if you aren't into these types of games or if you don't know anything about the series.

Fate/EXTELLA is a great hack and slash game that will most likely please fans of the series and please non fans who are looking for a great action game to play on their PS4.